One of Dunedin's own, Dr Kelvin Wright, is installed as its ninth Anglican Bishop. 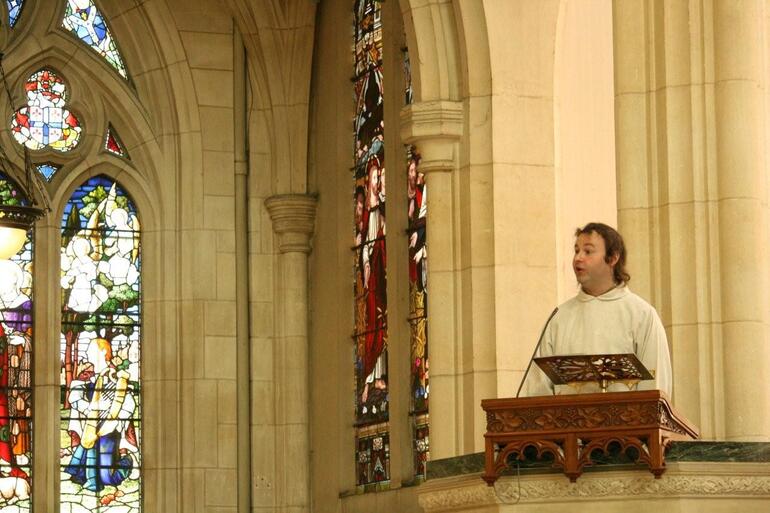 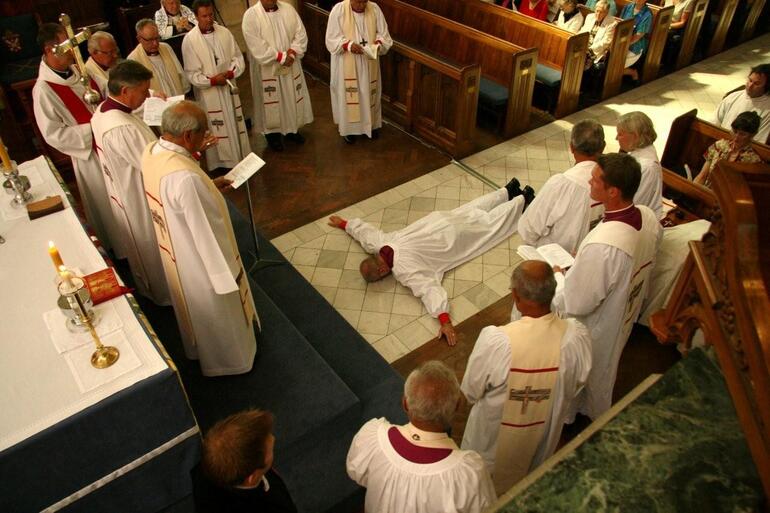 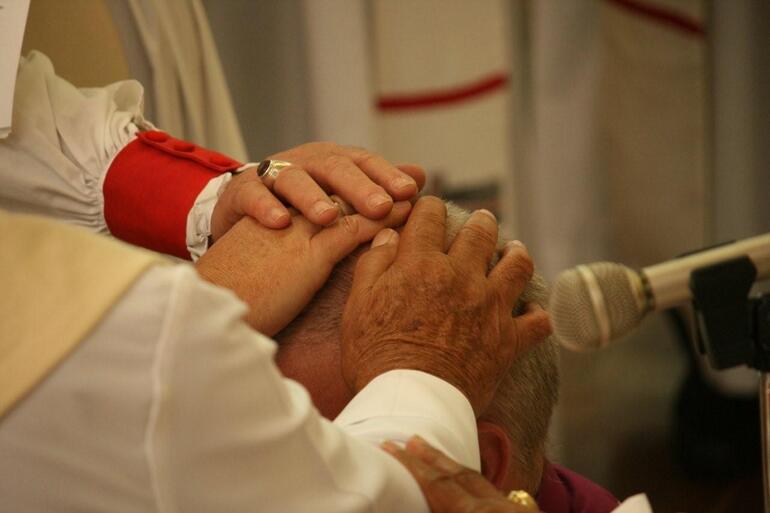 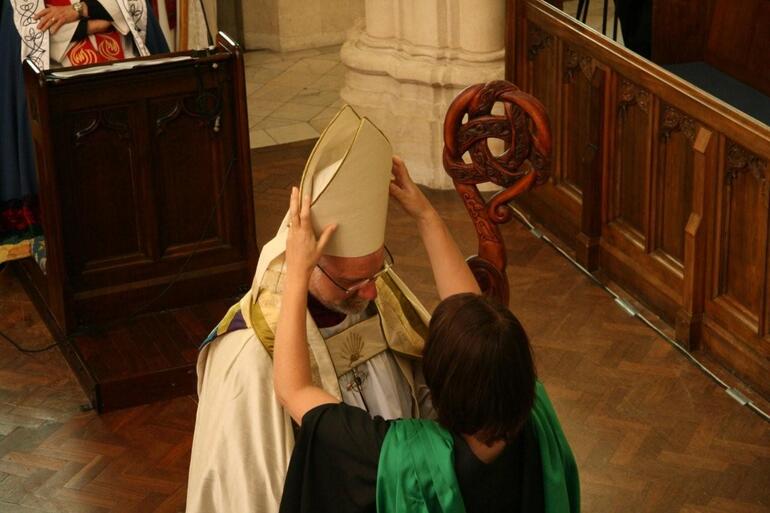 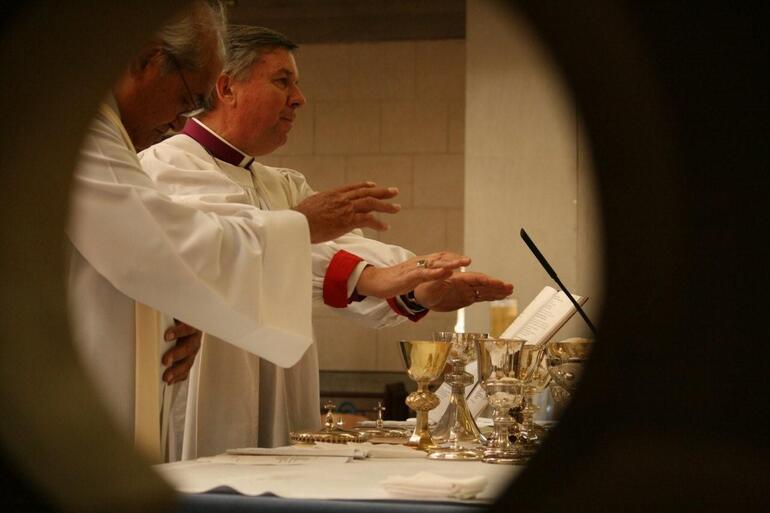 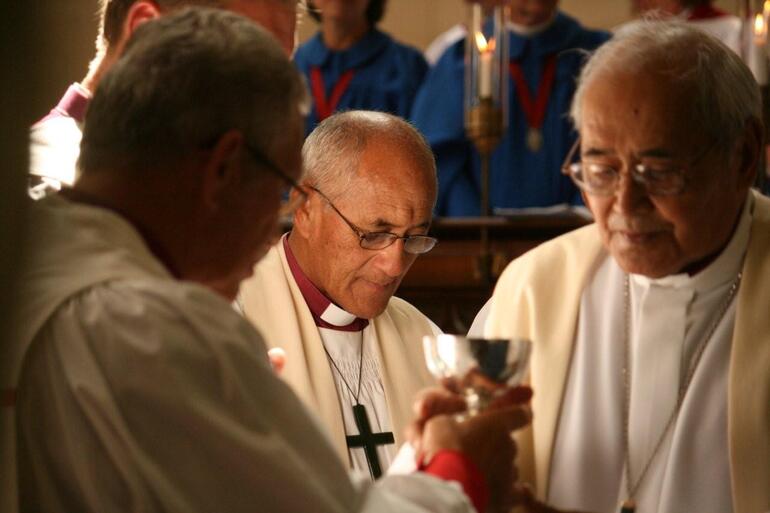 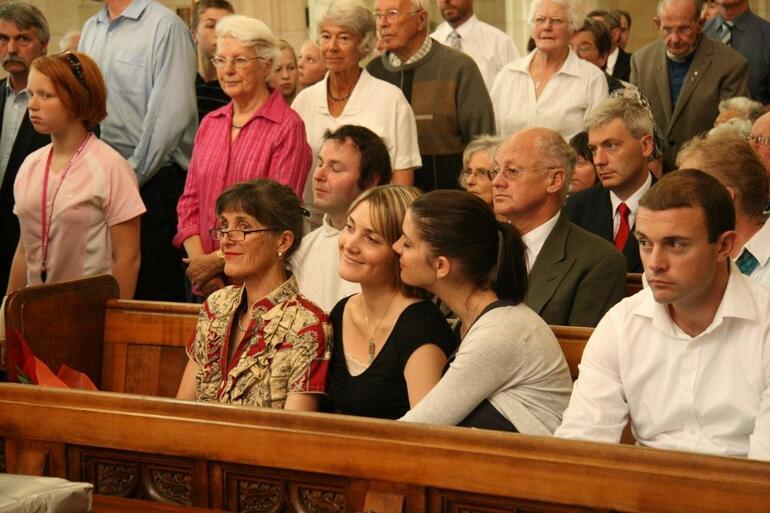 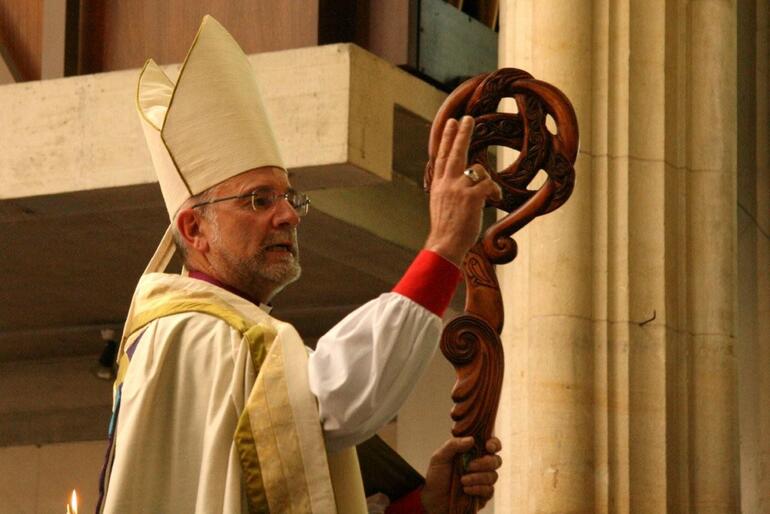 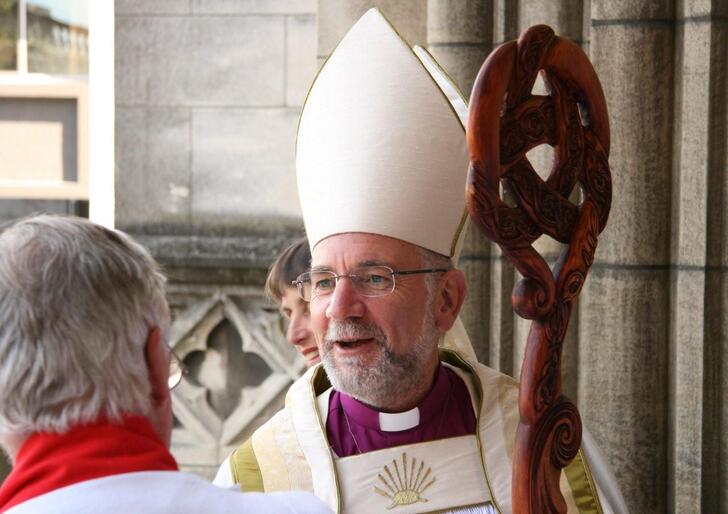 Dunedin is in good spirits. The weather’s been stunning lately – 26 degrees yesterday – the scarfies are back in town and up to their orientation week hi-jinks, and brass bands have been oom-pah-pahing through the Octagon.

And on Saturday afternoon, at the ordination in St Paul’s Cathedral of the Rev Dr Kelvin Wright as ninth Anglican Bishop of the Diocese of Dunedin, there was quiet exuberance too, perhaps of a deeper, less fleeting sort.

Hundreds of folk from throughout the length and breadth of the diocese – from as far south as Stewart Island to Central Otago and North Otago – packed the cathedral, and their optimism, their sense of new horizons, was palpable.

Afterwards, over a cup of tea, you’d hear comments about “buoyancy in the diocese”; “a new enthusiasm” and “new keenness.”

Bishop Victoria Matthews was one of those relishing that mood.

“What was very special about today,” she said, “was that you sensed the diocese rallying around one of their own. They knew they had discerned God’s choice, and that will bring special blessing for their diocese.”

One of their own: for the past 11 years Kelvin Wright has served as the Vicar of St John’s, Roslyn, which hosted last October’s Diocese of Dunedin electoral college, and Kelvin had gone into that election not as a candidate, but as the nominator for another candidate.

The fact that he had emerged from that college as bishop-elect prompted the preacher of the ordination sermon, Alan Firth (a long-time member of St John’s Roslyn) to quip about the wisdom of “counting the cutlery” after the dinner guests had gone.

Alan is a layman, and his sermon was entitled: “The Turn of the Tide”.

He said the church in the western world was in crisis, and offered three reasons for its decline: the separation of church from state; the conflict between faith and science; and the proliferation of what he called “distractions” such as television and the internet.

But these drivers of faith’s decline were beginning, Alan suggested, to look like allies of faith. Where, for example, faith and reason had been in conflict, they are now tending to overlap and unify, and the internet is now being used – for example, as per Bishop Wright’s “Available light” blog – to share faith and build the spiritual life.

Therefore, Alan suggested, the diocese was ordaining its bishop at a critical moment. He spoke of the challenges the diocese would face when the tide did turn, and people do return to the church, and he quoted again the Old Testament words chosen for the service: “They shall build up the ancient ruins, they shall raise up the former devastations; they shall repair the ruined cities…” (Isaiah 61:4)

Immediately before the climax of the service, the ordination proper, Dr Wright prostrated himself on the marble floor.

When those solemn moments were over, he was presented with the various tokens of his new office: chole; episcopal ring; pectoral cross; mitre; cope (both these last two made by Dr Wright’s sister, Valerie Swatridge, of Nelson) and a magnificent crozier, carved by the Oamaru sculptor Hugh Prebble.

Dr Wright was then led to his cathedra, or bishop’s seat, and remained seated there while the Rev Helen Wilderspin, Vicar General, greeted him on behalf of the Diocese of Dunedin.

In his response, Bishop Wright thanked the bishops he had served under – George Connor, Penny Jamieson and Peter Mann – and the others who had helped make his ordination day memorable.

And he spoke of his commitment to the gospel of God’s “unconditional love for us”. It is a love so deep and simple, he said, that it frightens us.

“After 30 years of ministry,“ he said, “I still don’t comprehend the depths of it.“

"All of us are loved by God and accepted by God."

That simple truth had huge implications which many people still find hard to accept, he said.

He knew there were expectations of him to "get more people in church" and to "repair the lack of money in the Church".

"Money and people are problems that will disappear if you ignore them," he said. "If we get on with the business of proclaiming the gospel, the rest takes care of itself."

And he offered the diocese a motto.

Where the New York Police Department’s chosen phrase is: “To protect and serve”, Bishop Wright suggested the Diocese of Dunedin’s could be: “To worship and to serve.”

Footnote: Bishop Kelvin has posted his own reflections on the day, and his ordination on his "Available Light" blogsite. Go to: http://vendr.blogspot.com

It's great amongst the 31 bishops of our province we now have our first blogging bishop! :-)
Make sure you tune in to the fine photos and thoughtful reflections at
http://www.vendr.blogspot.com
And congratulations to the wonderful, user-friendly improvements on this site!