On ANZAC Day 2021 Monty Black offers his thoughts and recollections on the impact and aftermath of war. 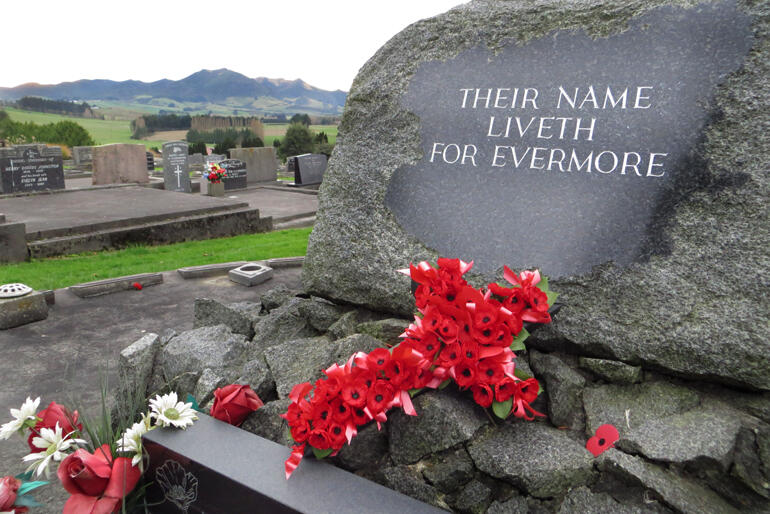 My earliest memory of ANZAC Day includes waiting on the footpath in Stratford mid-morning bitterly cold with my two brothers and my mother. My dad was a regular soldier, and veteran of WWII, and was responsible for the parade unfolding before me. Interestingly he never attended any ANZAC parades or services once he left the army, unimpressed by the behaviour of his former comrades as they commemorated their past “glories” and desperately tried to rekindle the camaraderie of their war years.

He sought a quiet time alone with his family to remember his dead comrades. My next encounter with ANZAC Day commemorations was at my boys-only secondary school. It was the most formal assembly of the year. The hall we met in was dedicated to those who had died during the Great War, with the names of the old boys who had been killed during that conflict etched in black on white marble all around the walls, there were dozens of them.

For the service the masters wore academic gowns, hoods and medals. We sang hymns had readings from the Bible including “Let us now praise famous men and our fathers that begat us.” The “highlight” was a speech delivered by a returned soldier and a boy played the last post on a cornet.

I come from a long line of military men who fought and were wounded and died in battles in Europe, India, South Africa, the Middle East and the Pacific.

What was I a school boy, a nascent Christian, living in Aotearoa New Zealand to make of all this? What did Jesus advocate? “Love your enemies, do good to those who persecute you, if you are struck on one cheek turn the other, if you’re commanded to carry a soldier’s pack one mile, carry it two miles.”

How to reconcile the life and ministry of Jesus to the greatest secular religious festival of our islands? I made a point of reading about the history of the campaigns my forbears were involved in, I wanted to understand how they came to be involved.

And soon I became aware of the geo-political background and influences on why and how the battles were fought, the miscalculations, misunderstandings, miscommunications that had led to both victory and defeat. I learned about seemingly unimaginative and callous generals, of the bravery, courage and fortitude of individual units who fought under appalling conditions, mud, cold, heat, smell, sounds that seemed to me more like a description of hell itself. And, of course of both paralyzing fear and adrenalin rushes of courage.

I have visited the Gallipoli battlefields, waited on the beach there for the Dawn Service in the midst of thousands of Australian and New Zealand Tourists. I have stood speechless and wet-eyed at the white headstones of row upon row of graves of such very young men from Aotearoa New Zealand.

I have stood at Chunuk Bair, buzzed by the Turkish Airforce, had the hairs on the back of my neck raised by a ferocious haka on that spot.

But why had our ancestors ever been there, what were they fighting for? How to make sense of their deaths?

Of course, it was a different time, attitudes and expectations were shaped in very different circumstances. For young men opportunities to travel overseas were negligible and who doesn’t like a challenge. For many of my father’s generation and earlier generations the experience of war was the highlight of their lives, everything thereafter was a let-down, and that is dreadfully sad, is that the best vision we can give the idealistic young.

I began my ministry at a time when former soldiers of WWI were dying and I had to officiate at their funerals. My own experience was aeons away from them. I felt for a long time disquieted at the expectation that I would play a leading role at ANZAC Day commemorations especially in my rural parishes where each community had a war memorial and/or honours boards in the local hall or church.

Thank God I have never experienced a battlefield, but how could I speak to those who had? I knew a little of the after effects of combat on members of my immediate family. My maternal grandfather was an “Old Contemptible” (one of the first British soldiers sent into action in 1914 in Belgium). Somehow he survived physically but was marked forever by his experiences. He was a difficult man to be around.

How did this fit alongside the tales of heroism, daring deeds and camaraderie with which we were regaled at school. Much later a GP I knew well, told me of the horror stories he heard from women in his practice who suffered physical abuse from men who didn’t know any other way to express themselves, others who woke at night shouting, reliving the terrors, so vividly brought to the surface from past decades.

In later years I have listened to servicemen coming to the end of their years now needing to unburden themselves of the things they had done during combat. Incidents which at the time were considered praiseworthy by their contemporaries, but which now they themselves saw as taking the life of another because they wore a different uniform, and for which now they were/are deeply sorry.

I know there are times when we must fight wars to protect others, our homeland and our loved ones. But only as a last resort, after every possible avenue of diplomacy has been tried.

War is never a glorious outcome; the young should not ever be taught that the greatest fulfilment can only be achieved on the field of combat.

Those who have died to safeguard our way of life should be honoured on ANZAC Day, their endless lines of gravestones a solemn reminder of the dreadful price paid because we could not find another way to settle our differences.

Sending young men and women to war, to fight in the name of their country, is an awful responsibility for anyone. One that must be taken only as a very last resort.

Today we honour those who answered the call to serve their nation in a time of crisis. Some were killed and are buried in foreign lands, some still live with the aftermath of their experiences. We honour their sacrifices and pledge ourselves to ensure that such decisions are not made lightly in the future.

Monty Black is a retired Archdeacon Emeritus in the Wellington Diocese who continues to offer priestly service to the Parish of Plimmerton (particularly St Alban’s Pauatahanui). He has exercised ministry in parishes across the lower North Island.