The Archbishops have announced who is to become the next Pihopa o Aotearoa. He will become the youngest primate in the Anglican Communion.
• Our new Archbishop's journey 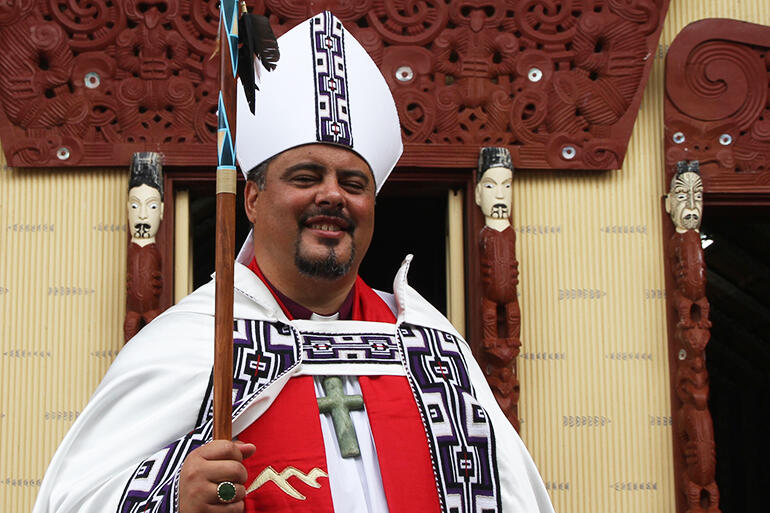 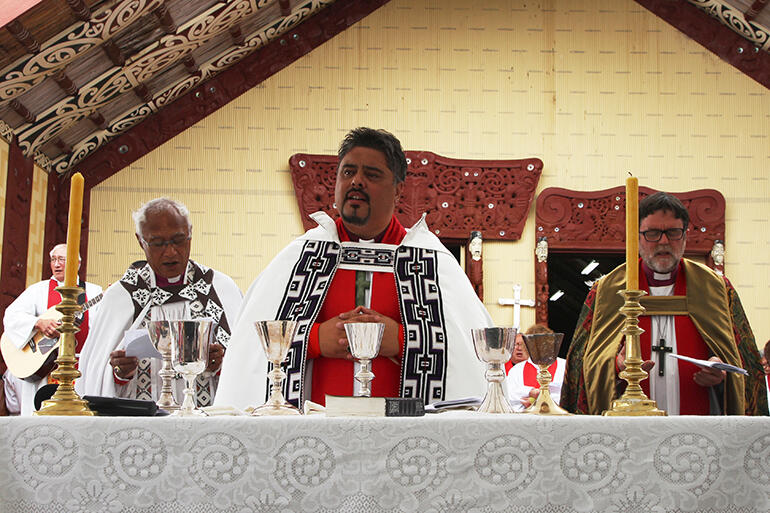 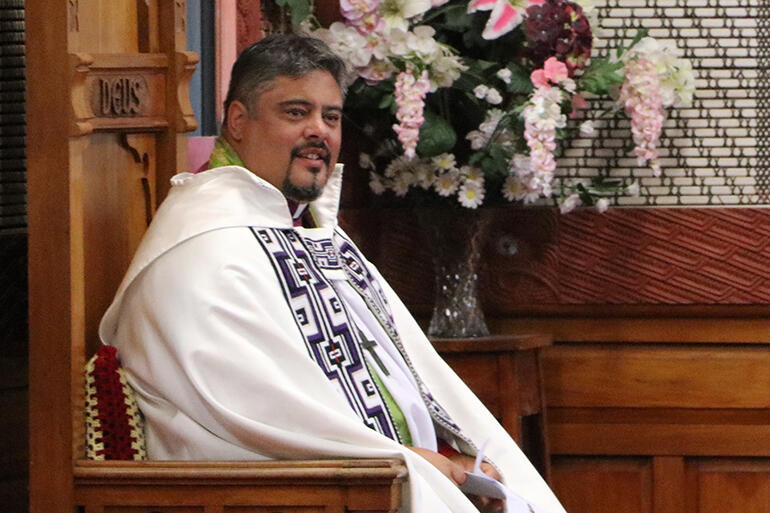 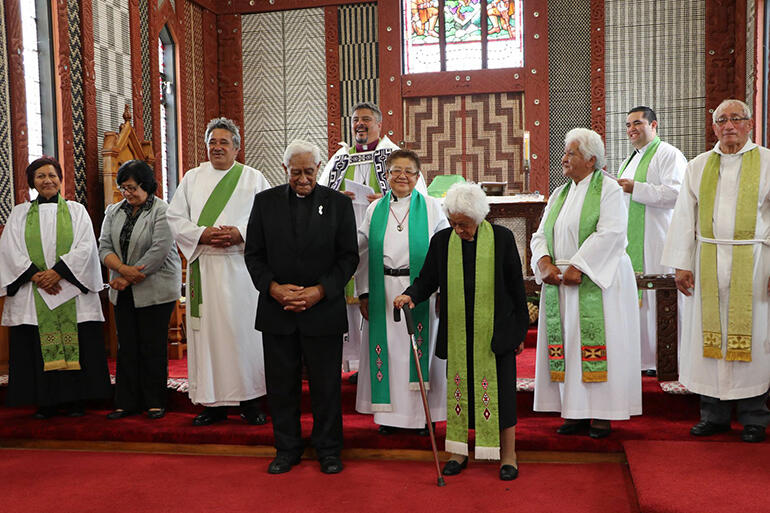 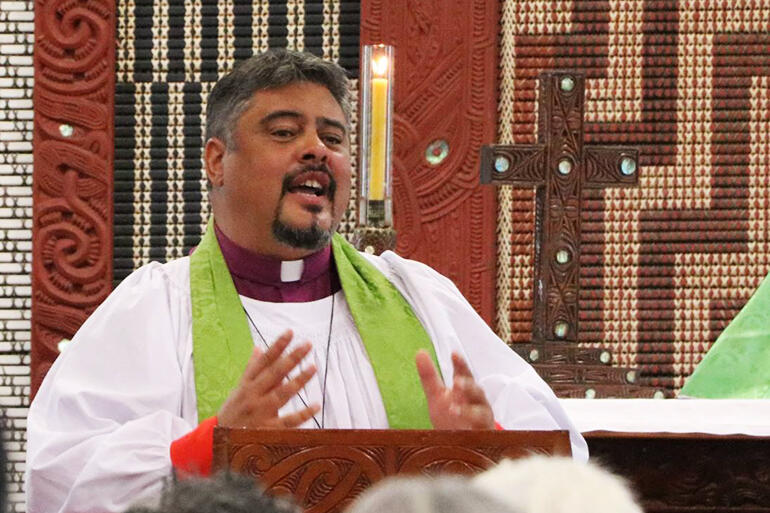 The Archbishops have announced the election of the Rt Rev Don Tamihere as the next Pihopa o Aotearoa, or leader of the Maori Anglican Church.

Bishop Don, who is 45, and who has Ngati Porou ties, now succeeds the late Archbishop Brown Turei not only as Anglican Bishop of Te Tairawhiti, the tribal district which covers the eastern seaboard of the North Island, but also as Pihopa Mataamua, leader of Te Pihopatanga and co-leader of the three tikanga church.

The two sitting archbishops, the Most Revs Philip Richardson and Winston Halapua, are delighted that Bishop Don has been chosen:

"We rejoice with the people of Te Pihopatanga o Aotearoa," they say, "and look forward to sharing the primacy of our church with Bishop Don”.

Bishop Don was nominated for the post – which became vacant when Archbishop Brown died in January 2017 – at an electoral college held during Te Runanganui, the biennial ‘parliament’ of Te Pihopatanga in Nelson, in September last year.

That nomination – which was unanimous across the houses of laity, clergy and pihopa – has since been ratified by the wider House of Bishops, and approved by a ballot of members of the General Synod, and Bishop Don is now therefore duly elected.

"All of us who love the Pihopatanga want it to fulfil that potential – to become the thing that our ancestors dreamed it would be.

"I've honestly felt, all through these last few months, that people are just waiting for that opportunity to move into a new future.

"There's lots of excitement about the possibilities, lots of renewed energy. It's a new season, and we need to step into it – and for me the key is: we move together."

Bishop Don says he's confident about what lies ahead.

“For me, it’s all captured in the phrase:

Put God first, and everything else will fall into place.

“The biblical underpinning for that is: Matthew 6:33. 'Seek ye first the kingdom of God, and all these things will be added unto you...

“God has put a mustard seed of faith within us. And if you put God first, there’s no limit to what you will grow. And become.”

“He understood that if you put God first, the Pihopatanga will be alright.

“He understood that if every member of the Pihopatanga put God first in their own lives, not only would we be alright, we would be changing the world.

“Because if you put God first, then we could start making a difference in our communities, which are ravaged by alcohol, and by P, and by suicide, and by all the things that bring them down.”

Bishop Don, who has Ngati Porou ties, and connections with Turanga and Kahungunu iwi, was born in Gisborne in 1972 and grew up on the Coast.

In 1997 he began studying for the priesthood at St John’s College.

He left there in 2001, equipped with a Master’s degree in theology – and taught first at the Tairawhiti taapapa and, more recently, as Tumuaki of Te Rau College.

Don Tamihere was deaconed at St Mary’s Church, Tikitiki, on March 23, 2003, and priested at Holy Trinity Gisborne on December 5, 2004.

He was nominated, ordained and installed as the second Bishop of Tairawhiti at Waiomatatini Marae, on March 11, 2017.

Archbishop Don says the six months between his September 2016 nomination as Te Pihopa o Aotearoa and his declared election this week "has certainly been a long journey.

"It was a very thorough process... and in many ways, the process has proven itself.

"The way the sanctioning process has concluded can give us all great confidence that the call of God that we perceived, and discerned, and celebrated at the electoral college, has been thoroughly proven."

Bishop Don and his wife Kisa have three children: Tiana, 22; Danielle, 19; Ethan, 16 – and they also share their life with their nephew Toka, who is 18.

The date and venue for his installation as Te Pihopa o Aotearoa will be announced shortly.

It does seem that with Don we have a leader with great potential. Now we must be sure that we are members of our church with great potential. There is something "millennial" about the situation in which we finally, after much intense struggle with one another, have to possibility of a new dawn for us all. Are we ready for this?

Hope has not disappointed us! How blessed we now are to have such a vibrant and grace filled young leader in our midst - a leader into whom God has most assuredly poured out his love . . .Thanks be to God!