Te Hīnota Whānui has commissioned a wide-ranging equity review into stipendiary and lay salary rates for all people who minister in the Anglican Church in Aotearoa, New Zealand and Polynesia. 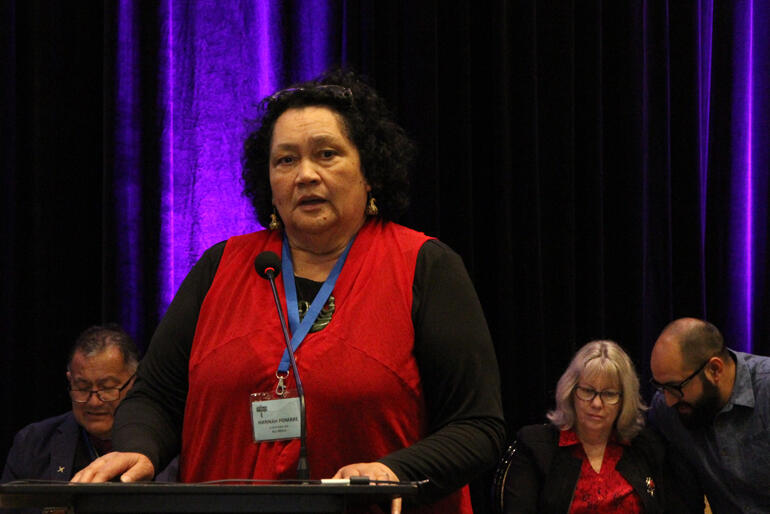 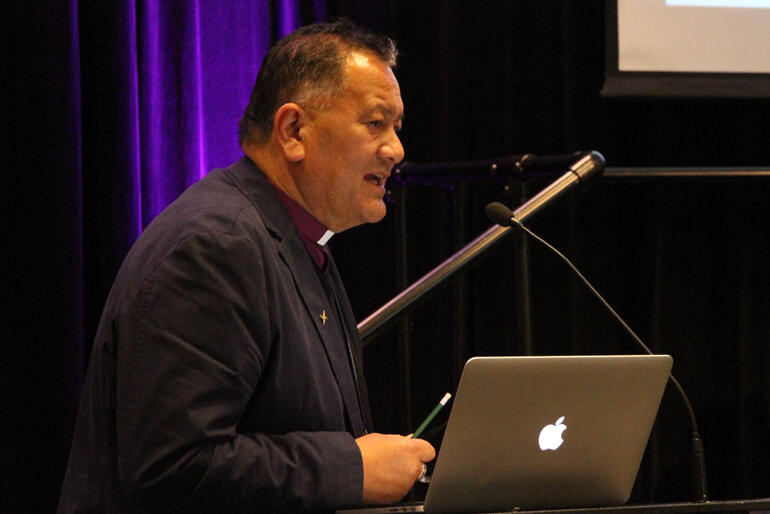 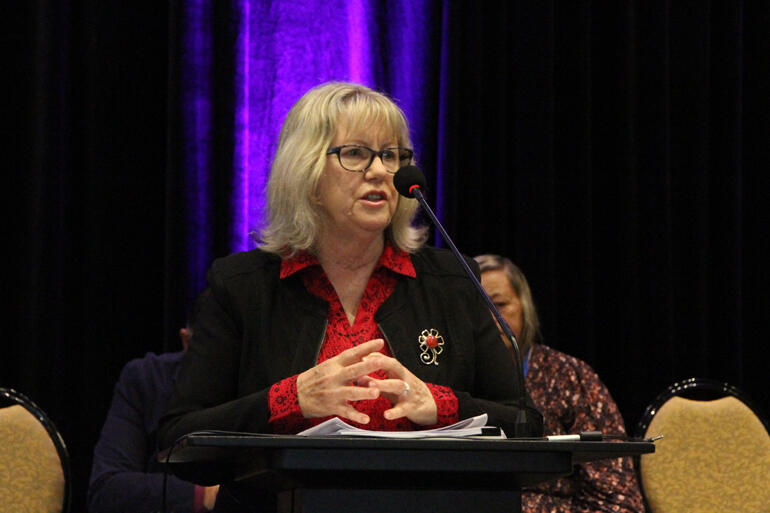 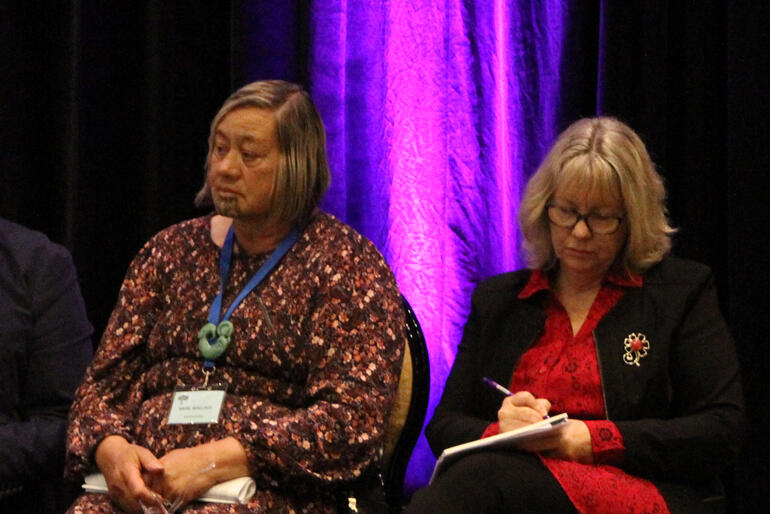 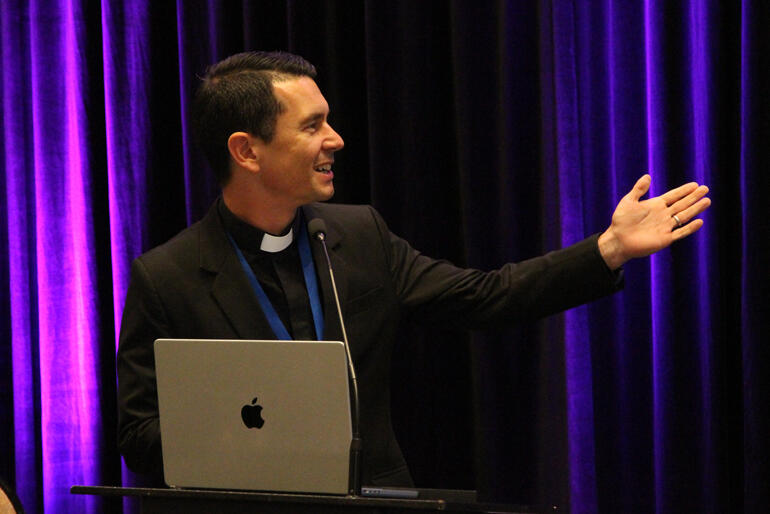 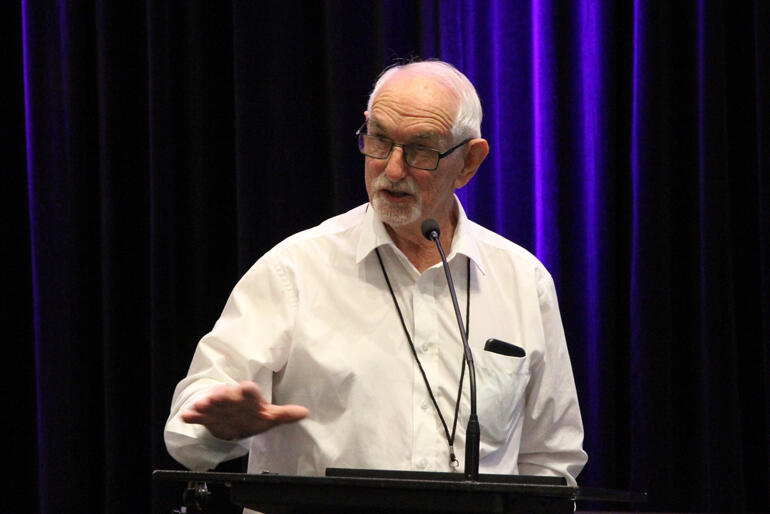 Te Hīnota Whānui has ordered an immediate review into how this Church sets stipends and lay church worker salaries for all people who minister in the Diocese of Polynesia, Te Pīhopatanga o Aotearoa, and the New Zealand Dioceses.

The review forms part of the recommendations that arose from a research project undertaken by the Church Worker Retirement Housing working group which reported its findings to General Synod last week in a 31-page document. That document contains evidence of people living in current and retirement poverty as a result of long years of commitment to unpaid or inadequately paid ministry in this Church.

Rev Vicki Sykes, who is Deputy Chair of Anglican Financial Care (Anglican Church Pension Board) reported to Synod as Chair of the Small Working Group on Church Worker Retirement Housing. She spoke about the heartfelt and concerning reports from clergy and lay church workers whose commitment to serve long hours in ministry with limited or no income had left them lacking financial or housing security.

“While those of us on the working group expected to hear these concerns, we were still shocked at how many church workers are suffering deep hardship now, and expect that to be the case in their retirement.” she said.

“How is it that as a Church we have allowed this happen?” she asked.

“How is it right that many of those we train and trust to lead and share ministry with us, experience poverty as a result of this commitment?”

Rev Vicki told Synod that these issues have been hidden beneath the notice of our Church, because most people who are under financial stress don’t want to let on how hard it is for them.

“It is hard to advocate for yourself, most of us struggle to ask for more money...and if we feel that God has called us into ministry leadership, then it can leave us feeling that we need to accept our lot, especially given the Church is struggling to pay its bills anyway.”

Rev Vicki pointed out that across our Tikanga, full-time stipended ministers are increasingly the minority, yet their positions remain the ‘norms’ that are reflected in our structures.

She also pointed to the disparity in incomes between church workers within Tikanga Pākehā, and those in Tikanga Māori and Tikanga Pasefika, reminding Synod that 30 years ago when the Church moved into three autonomous cultural streams, the Pākehā Dioceses held the inherited Anglican assets of both Māori and Pākehā in their land deeds, bank accounts and Trust Funds.

As a result, many historic assets gifted to the Church by Māori, and the ongoing income from them, could not be mobilised by Māori Anglican leaders to support Māori mission and ministry.

Stipendiary ministry became unaffordable with a lack of access to those lost and legally ring-fenced resources, leading the Pīhopatanga to develop worker-priest models of ministry to ensure that the spiritual needs of Māori communities continued to be met.

All this means that people ministering in the Pīhopatanga and in the Diocese of Polynesia were left to disproportionately carry the burden of inadequately resourced ministry.

Te Tai Tokerau delegate Ven Dr Lyndon Drake strongly supported the review and other recommendations of the Church Worker Retirement Housing working group and asked Synod to consider whose hands the Church’s wealth came from, telling Synod that “the accidents of the way we are structured replicate the injustices of wider society.”

“What story do we want to tell with our wealth? he asked.

“Do we want to say, ‘Look at the vastness of our Trust funds,’ or do we want to tell a different story?”

Lyndon drew on Leviticus, which reminds God’s people that they are tenants of the land which is only God’s and he shared Thomas Aquinas’ admonition of Christians who store up riches, saying:

“God distributes that wealth which goes beyond livelihood ... only for the purpose that the owner may acquire merit through good distribution.”

Archdeacon Hannah Pomare welcomed the fair pay review as a minister who had shared with the Working Group her own story of years spent in Church service without pay.

While Archdeacon Hannah made the choice to speak out on her own situation, she admitted it wasn’t easy.

“I feel I have had to expose myself in order to raise these issues.” she said.

Ven Hannah told the story of studying alongside fellow students at St John’s College, only to discover that when she returned from gaining her qualification, she would go into unpaid ministry, while others of her peers would go straight into paid positions serving in Tikanga Pākehā parishes.

“Was there resentment in that?

“Not really, one just got on with ministry and I have always trusted God for my provision.”

“But now twenty years later, nothing has changed, and no this is not okay, so I made the decision to raise the issues.”

Archdeacon Hannah realised that even though she may not receive the fruits of her efforts, she was prepared to tell the truth for other's sake.

“I hope that others will gain the fruits of those letters I wrote, but I hope I can get some benefit from this too, before I am six feet under – or should I say – in paradise.”

The Church Worker Retirement Housing report Recommendation 4 adopted by the General Synod Te Hīnota Whānui last week recognises that many people like Archdeacon Hannah are now ministering on our Church’s behalf either unpaid, or on stipends or salaries that fall way below a fair wage.

The reviewers have now been asked to report back in six months and propose a range of options for future stipends and salaries. The review report will include the impact of these changes on both ministry provision and finances across our Church.