Time for 'audit' of 3T partnership

It's time, on the eve of the bicentennary, for an audit of what the three-tikanga church has delivered – and time, too, for a revision of the 1992 constitution. 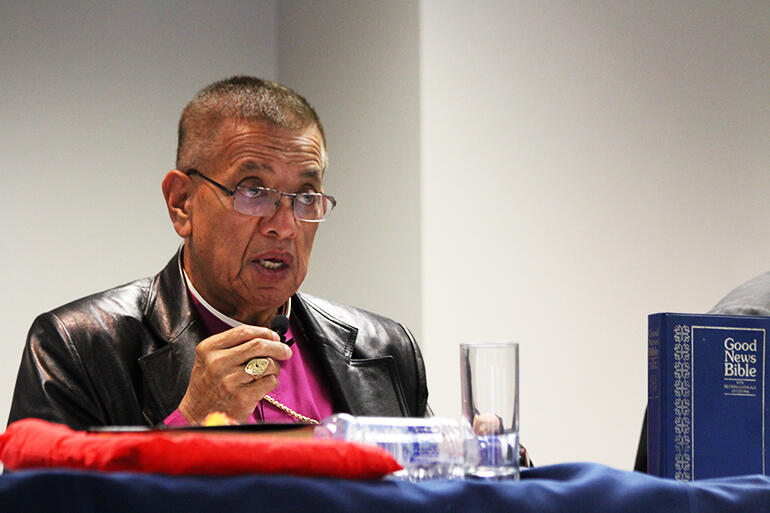 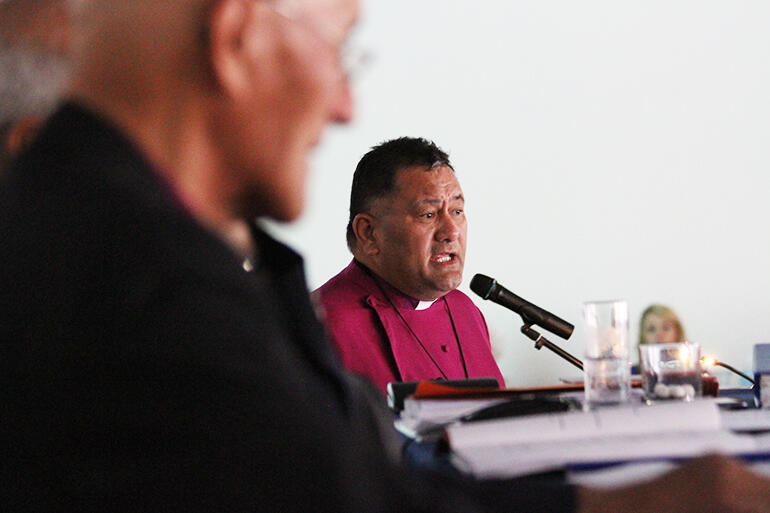 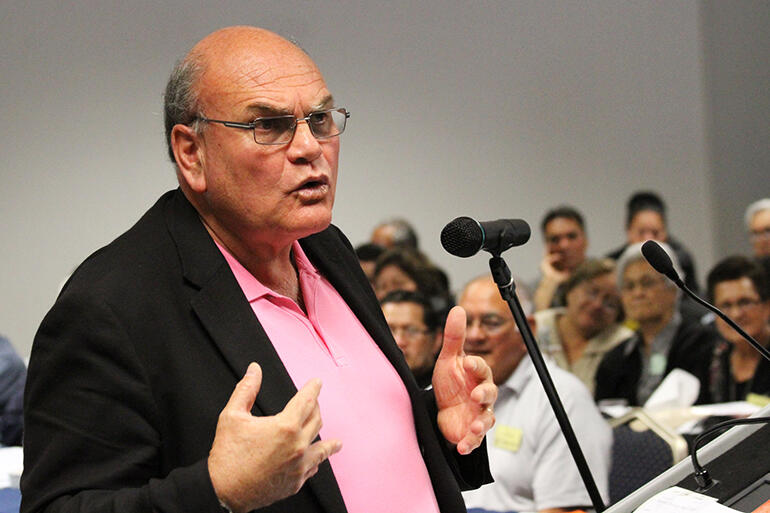 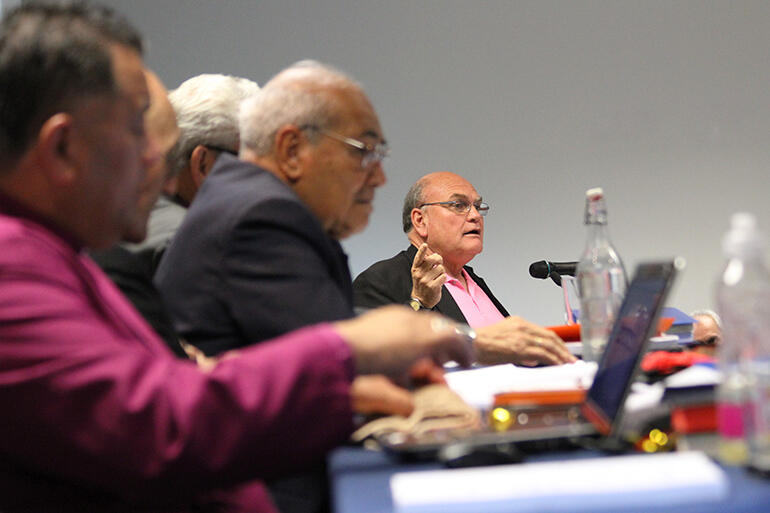 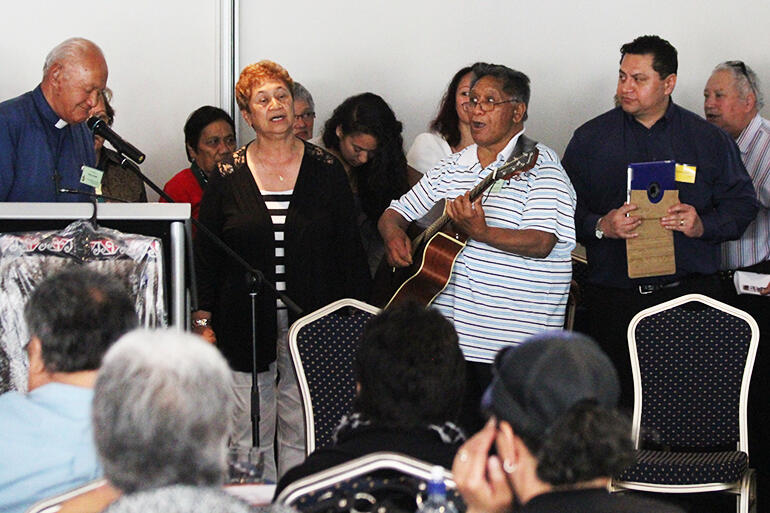 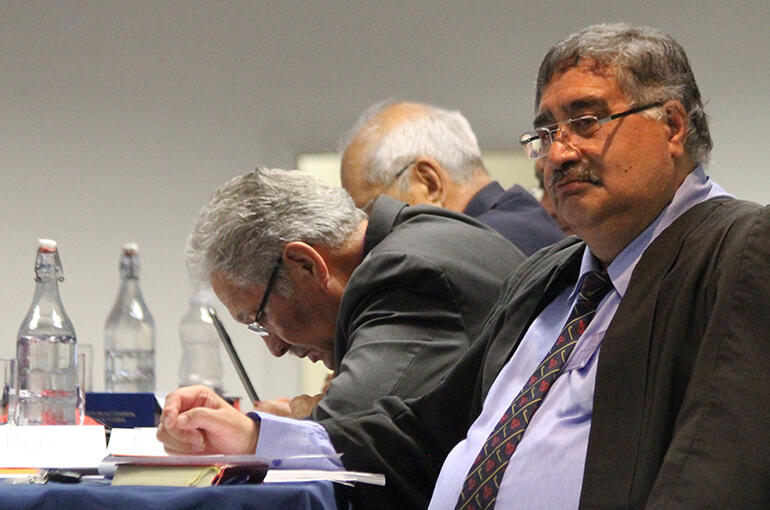 “The time has come,” said Don Bennett, “when the voice of a people has to be heard by the whole church.”

When this mild-mannered, elder statesman of the Maori church said that this afternoon, he was wrapping up the mood of the Runanganui today.

Don’s mana is unquestioned and his whakapapa is immaculate.

Both his father, Fred, and his brother, Manu, were much-loved Bishops of Aotearoa.

So when Don says it’s time for change, where Tikanga Maori is concerned, it is time.

Time, too – on the eve of the bicentenary – for the other two tikanga to sit up and take notice.

In particular, it’s time for Tikanga Pakeha to take note: a number of speakers said that today.

This morning, Bishop John Gray carried on where he left off last evening, completing his overview of where Te Pihopatanga stands now, 21 years after the three tikanga constitution was brought into being.

And in the afternoon, he gave notice of a motion which will most likely be debated tomorrow morning.

This has three points:

In the first, it asks Te Runanganui to give formal notice to the General Secretary “that it recommends that the 1992 constitution be revised.”

In the second, it speaks of Te Pihopatanga doing “an audit” of the three tikanga partnership – “and we wish to advise our findings to Te Runanga Whaiti” (the standing committee of Te Pihopatanga.)

And in the third, it asks Te Runanga Whaiti to form a working group comprising representatives of the three houses from each of the hui amorangi to examine five areas:

Partnership and the Treaty; the Tikanga relationship; resource sharing; equity and the health and care of Minita-a-Iwi.

In his earlier morning overview, Bishop Gray had spoken of the plight of the Minita-a-Iwi who are unpaid, who are often beneficiaries, and who provide grassroots ministry to rural and urban communities. He spoke then of an urgent need “to provide health, education and welfare benefits for Minita-a-Iwi.”

He spoke too, of the need “to educate our partners on tikanga principles.”

“They don’t understand the concept of us being Maori. There’s only one concept (they do understand) and that’s being Pakeha – which you and I have lived with all these years.”

The runanganui then divided into amorangi caucuses – and representatives of each reported back into a plenary session.

Those who spoke were unanimous that Te Pihopatanga had drawn the short straw.

Bill Nathan, for example, reporting back for Te Upoko o te Ika, spoke of his amorangi’s concern that “partnership can be used against us to the devaluing of tino rangatiratanga.”

He suggested a twin-tier review of the partnership with the other tikanga “both at the highest level, and at grass roots level” – developing relations with Pakeha congregations, for example.

The Rev Jacynthia Murphy, who reported on behalf of Te Tai Tokerau, said her amorangi was “equally passionate” about the need to achieve true partnership, equity and resource sharing.

At the same time, she sounded a note of caution.

Lots more discussion needed to be had, she said, within Te Pihopatanga about the right strategies for moving forward, and division among the hui amorangi had to be avoided at all costs.

And on that score, there were signs today of a greater unity beginning to break out – with repeated affirmations of how much kotahitanga means to some delegates. And there were speakers, too, who see the Pihopa o Aotearoa as the anchor of that unity.

Bishop Kito Pikaahu commented on that during a meal break: “Within the Pihopatanga,” he said, “the Bishop of Aotearoa maintains kotahitanga. The bonds of affection that join us are focussed in that person.”

“I see a greater commitment to unity emerging in the Pihopatanga.

The rest of the day was devoted to presentations from each of the hui amorangi. They are each reporting on their life together since the last runanganui, and outlining their strategic plans for the years ahead.

These reports will be wrapped up in the first of tomorrow’s sessions.