Church to debate nature of marriage

Synod decides to hold conversations in our church and with the wider community "about the nature of marriage.” 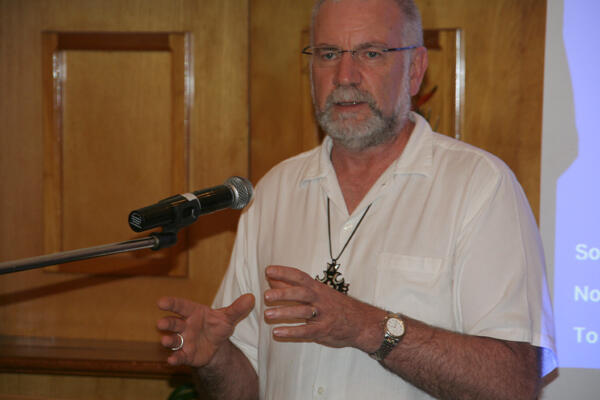 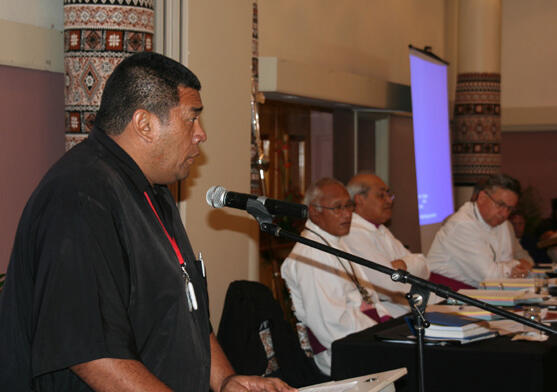 Church: We Need to Talk About Marriage.

That’s what the General Synod decided in Fiji this afternoon.

Without dissent, and after a debate that at times included displays of raw emotion, the synod passed a resolution that “asks Episcopal Units to hold conversations in our church and with the wider community about the nature of marriage.”

It’s clear that the mover of the resolution, the Rev Glynn Cardy, of St Matthew-in-the-City, in Auckland, hopes this will lead, eventually, to the possibility of gay and lesbian couples getting married in Anglican churches.

The resolution includes the request that dioceses and hui amorangi “explore how the Church might theologically and liturgically respond to gay and lesbian Anglican couples who request this rite.”

Much of Glynn’s speech turned on his claim that “marriage in the Bible is not restricted to one man and one woman – or in fact to any one model.”

He quoted a number of examples, from both testaments, as proof that “the Biblical models for marriage include a range of relationships and combinations, and these evolve with the culture.”

Glynn pointed, for example, to Peter who commended “the holy women” of former times – including Sarah, who obeyed Abraham, calling him Lord (1 Peter 3: 5-6).

“Since this is the biblical model to which Peter turns, we might benefit from looking at it ourselves.

“Exactly: who the two parties were in relation to one another was not Peter’s point.”

He claimed, finally, that “heterosexuals do not have a monopoly on Christ-like love, on the love we hold up as an ideal in matrimony. So, we need to have a korero about this.”

Synod members queued up at the microphones to affirm the motion – and none was more moving that Bishop Apimeleki Qiliho.

He and his wife are caregivers to victims of HIV/AIDS, and Bishop Api is also the chairperson of Fiji’s AIDS association.

And his voice cracked, and he had to pause and regather himself as he talked about how people living with HIV/AIDs felt rejected by the church.

But even some of those in the Synod who are not normally seen as standard bearers for gay rights welcomed a back-to-first-principles look at the Church’s involvement in marriage.

Mr Fei Tevi, from the Diocese of Polynesia, was one of those.

““I’m not giving you an opinion,” he said. “But I support this, because it provides us with a process, and a way forward to discuss issues of great importance to us as a church.

Bishop Kelvin Wright recalled the days of his curacy at St Mary'sMerivale. Not a Saturday would pass without two weddings being held in the church.

But society had drastically changed since then. Christendom was dying, and the church was not longer “the moral wing of the Empire.”

“I can’t remember the last time I had a couple come for marriage who had different addresses.

“We are still in the wedding business – but confused about it.

“What are we doing here? We need to have a look again at what marriage is.”

So everyone, it seems, was willing for the church to begin this conversation.

But a number suggested lines in the sand that they would not cross.

“Let’s have a deeper reading of the texts,” he said, “and see what they really say.”

The Rev Dr Andrew Burgess, of Nelson, said he hoped that the discussion would not “remain around the issue of same gender sexuality.”

But it’s clear, too, from his remarks that liberal theologians don’t have a monopoly on compassion where sexuality is concerned.

At times, he said, “every single one of us is caught up on a most challenging, painful, exceptionally difficult journey – with a God who does not let us go.

To talk deeply about being human is necessary – but the talk can’t stop there, he said.

Experience is not simply experience, beyond any questioning or interpretation.

“The experience of pain is real, but how I understand that pain can change.

“To do theology is to locate our experience in the story of God, the God who is with us, around us, within us – but also against us.”

To read the full text of the resolution, click here.

I have a number of caring relationships with people of both genders. However they don't extend to the physical interaction, for the want of a better description, in fact the prospect with some does nothing at all, sorry guys. This does not as some would suggest means that the caring is any less.
So to understand this better, having made the decision to go beyond this level of caring the desire is for the rest of us to some how mitigate this decision by blessing the union, also beyond this, accept this activity of persons in authority over the rest of us within the church?
The consequences of that choice within the church were not hidden when the choice was made. I may misunderstand but if appears a very selfish action to want the church to change the outcome. Very much of having the cake and eating it as well.

I hope something comes from all these words and study and listening. So many talkfests....
I support looking at marriage in the wider context, I have always believed that there is a lot of double speak around this in the Church.
Does this mean as a faithful christian anglican lesbian I still have to wait to see whether my civil union can be blessed in a Church.