Te iwi o te motu, led by the Governor-General, continue to pay their respects to Sir Paul. And the doleful beat of a bass drum punctuates every move. 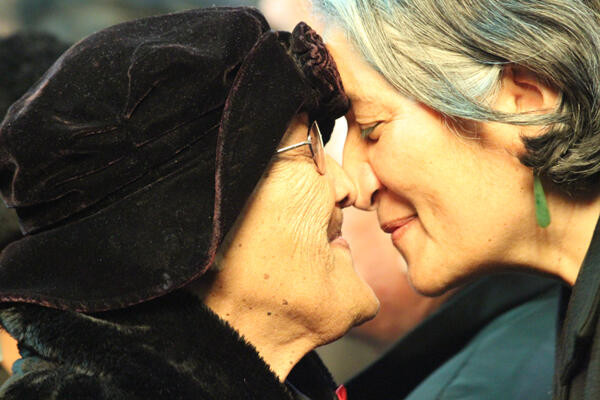 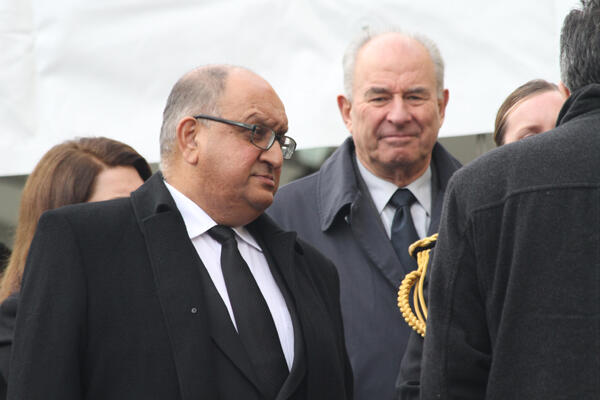 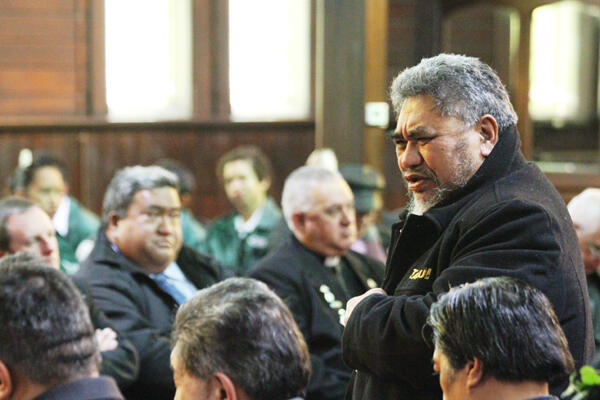 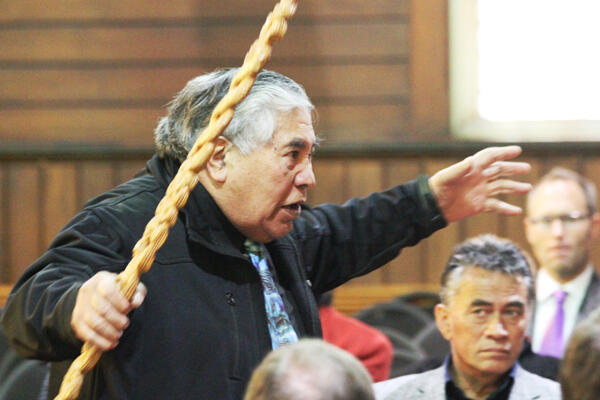 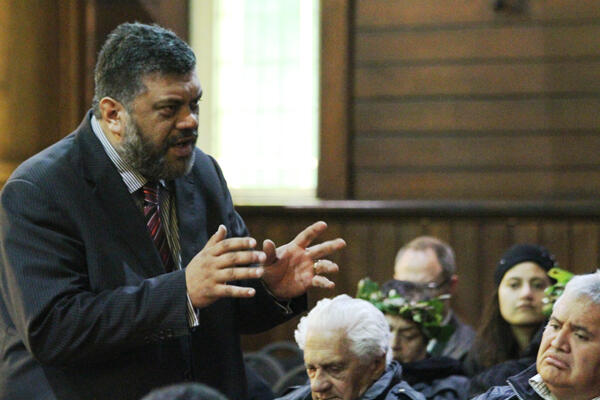 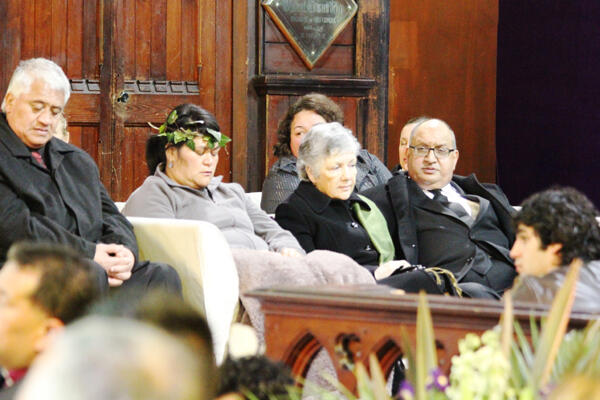 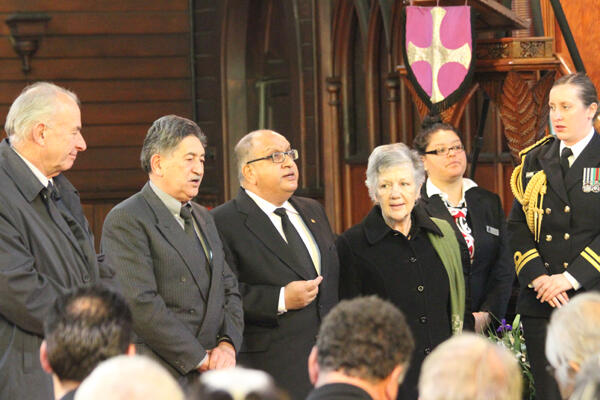 And they were led this morning by the Governor-General, Sir Anand Satyanand, who was performing his last official duty before he retires on Wednesday.

Sir Anand and Lady Susan Satyanand and their vice-regal entourage came on with a big roopu from Tainui, and the Governor-General’s party were addressed first by Shane Jones, who reminded them of his predecessor’s bravery:

When Sir Paul became Governor-General in 1985, he had won fame – and raised eyebrows – when he welcomed a party of more than 100 of his Taranaki whanau to sleep over, marae-style, in the Government House ballroom.

“This move,” Shane Jones reminded the present Governor-General, “had caused some consternation among the stiff-jacketed ones… particularly given that the guests had brought food best left in Taranaki.

“So I leave that precedent over to you…”

There were guffaws, of course – but the solemnity of the day was unmistakeable.

When the hongi lines form at the end of a powhiri, for example, and the smiles and embraces are exchanged, the two parties do so to the slow, muffled beat of a bass drum, which is the sound of Taranaki iwi in mourning.

That doleful sound comes from the tangata whenua, because Bishop Kito Pikaahu and Te Pihopatanga o Te Tai Tokerau have welcomed not only Ngati Whatua but also the Taranaki iwi to share the mana of being hosts for such an occasion.

The greater part of the morning was spent in the welcome to the vice-regal party – which included Sir Don McKinnon, the former Secretary-General of the Commonwealth, who had asked Sir Paul to undertake his missions to Guyana and Fiji – and to Tainui.

Tainui, whose ope included Anaru Thompson, the Tumuaki, or kingmaker of the Kingitanga, produced several speakers – and the theme was one that’s been echoed by each roopu that has passed through the church:

This man, Sir Paul Reeves, was a child of the nation.

Taranaki does not mourn alone.

In the afternoon, a party from Nga Puhi and Tuwharetoa came to pay their respects, with the Tuwharetoa roopu explicitly bringing the awhi of their paramount chief, Sir Timu Te Heu Heu.

One of the main speakers for Nga Puhi was Bishop Ben Te Haara, the retired Pihopa o Te Tai Tokerau, who wept as he recalled his old friend Sir Paul – a faithful solder of Christ who had lived out the promises made at his baptism, and been an example to all the faithful.

The remembering of Sir Paul continues in other places, too. This evening, for example, a special service to give thanks for his life will be held in Suva’s Holy Trinity Cathedral.

And today’s edition of the Fiji Times – the republic’s leading newspaper – carries a page 2 tribute to Sir Paul, entitled Salute for a knight of the isles. He had led the team which produced a new constitution for Fiji, and he had tried to nudge Fiji back to democracy.

The tangi enters its third and final day tomorrow – and the biggest event of the day is likely to be the arrival of the Archbishop of York, Dr John Sentamu, who will touch down in Auckland tomorrow and make his way straight to the tangi.

The two bishops had bonded in March last year, when Dr Sentamu came out from the UK to help consecrate St Mary’s Cathedral in New Plymouth.

The two men also shared links of another kind. Sir Paul had been Chancellor of Auckland University of Technology – while Archbishop John is the Chancellor of York St John University in York.

The connection became personal – and when Lambeth Palace was informed that Sir Paul was terminally ill, Archbishop John asked to be the Communion’s representative at his funeral.

Haere haere atu Pihopa Paora, kia matou e tu, haere ki te moe, haere ki the hui o nga rangatira i te mate i te aroha o matou Ariki, Ihu Karaiti. A man of the people, a true statesman who remembered the names and the circumstances of parishioners, whose homes and parishes he visited and whom he counselled wisely. Go well bishop Paul, we stand in support of your grieving whanau, hapu and iwi and nation who with the whenua; as she has donned garments of snow of remembrance of you. haere, haere haere, tihei mauri ora. Rein Zeilstra (Whenuakite, Glenbrook Beach)