The Anglican Church’s General Synod Standing Committee has endorsed the independent review into the culture of St John’s Theological College and committed the Church to the timeline set out in the review’s recommendations.
• Doug Martin to chair St John’s group 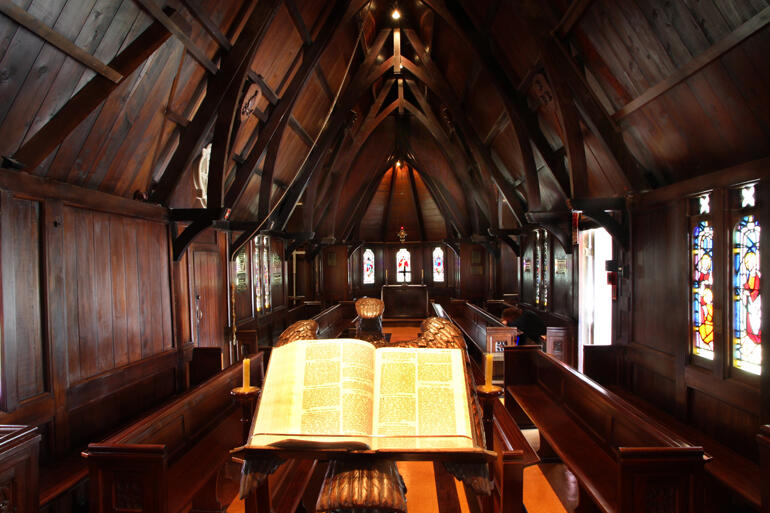 The Anglican Church’s General Synod Standing Committee(GSSC) has fully endorsed the independent review into the culture of the College of St John the Evangelist.

St John the Evangelist, or St John’s College, is this Church’s three tikanga theological college in Meadowbank Auckland, which welcomes students undergoing study in theology and ministry formation, including a significant number in training towards ordination as deacons or priests in the Anglican Church in Aotearoa, New Zealand and Polynesia.

The General Synod Standing Committee – as this Church’s highest decision-making body between General Synod-Te Hīnota Whānui – has formally agreed to receive, adopt and endorse the independent College reviewers’ report, including their set of fifteen recommendation on culture change at the College and its timeline for implementation of those changes.

The General Synod Standing Committee has now released the following statement, which was moved by Selwyn Parata and Mere Wallace at its meeting on 31 August, and has since been confirmed.

– It receives, adopts, and endorses the Independent Review of the Culture of St John's Theological College. GSSC expresses its full confidence in the reviewers, their report, the process they used, the conclusions reached, the recommendations and the schedule of implementation with its associated timeline. This schedule recognises the importance of timeliness in the implementation of key recommendations to ensure the safety of all who study and work on the St John’s site.

– GSSC acknowledges that the report clearly identifies there have been individuals hurt and damaged by their treatment at the College. GSSC wishes to apologize unequivocally to them on behalf of the Church and commits to ensuring the recommendations of the report are fully implemented.

As the body with the power to act, GSSC recognises its responsibilities in ensuring the implementation of the recommendations of the report. GSSC stands ready to work with Te Kotahitanga to make whatever changes are necessary.

General Synod Standing Committee considered the Independent Review report into the culture of St John’s Theological College which stated that across the many interviews and the culture survey they conducted, the reviewers had identified major changes would need to be put in place to affect immediate organisational, educational and pastoral changes at the College.

Reviewers reported that the College “lacks the ingredients of a healthy organisational culture, such as strong and visible leadership, agreed organisational values, a simple structure, well-defined roles, good communication and strong stakeholder engagement.”

The reviewers also identified St John’s College lacked a clearly articulated strategic vision, purpose, goals or desired outcomes that were needed to give everyone a sense of involvement and direction.

Instead the reviewers reported “a top-heavy and rigid hierarchy, a governance structure that is unworkable and lacking in accountability, an unnecessarily complex (and costly) administrative structure, personal rather than organisational values, poor internal and external communication, little interaction with stakeholders, and college leaders who aren’t seen enough around the campus.”

The review recommended establishing a strategic plan to shift the educational and pastoral focus of the College toward more clearly defined goals and identified the need for professional human resources and communications roles. The review recommended simplifying governance and management structures to maintain clearer lines of oversight of both the educational and pastoral environment.

In response to reports of suboptimal outcomes for a number of female students, the review also proposed the College move to more actively promote women’s leadership in the Anglican Church, by launching a women in leadership development programme as part of the College’s core curriculum.

The full set of recommendations in the independent review can be viewed here.

As an ex-student (1978-1980), I felt the absence of a dedicated Chaplain to care for the pastoral/spiritual needs of the students. However, we did manage to enjoy the spiritual benefit of a Daily Eucharist with the cooperation of staff members who were willing to officiate on different days. M.P and E.P. were ususally the responsibility of students themselves.

It would seem that the lack of a daily worshipping community (especially at the Eucharist), could be a lack that could be remedied by the appointment of a College Chaplain, responsible for the organisation of worship fit for a theological community, and who might also take care of both Staff and Students.