The time allotted for General Synod to debate the Ma Whea? Commission report came and went, more time was found in a later session – and the debate resumes today.
• Kelvin Wright on day one 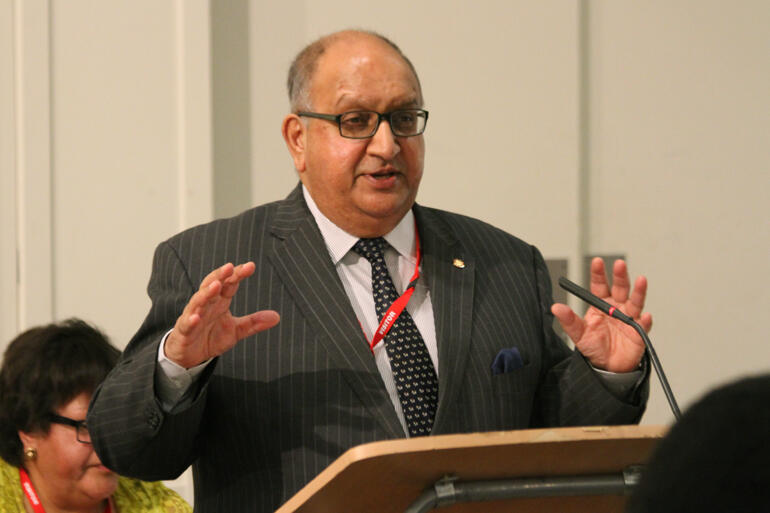 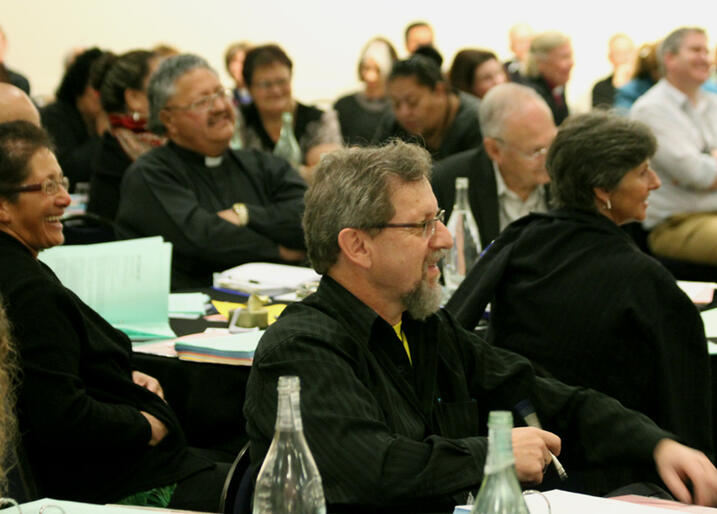 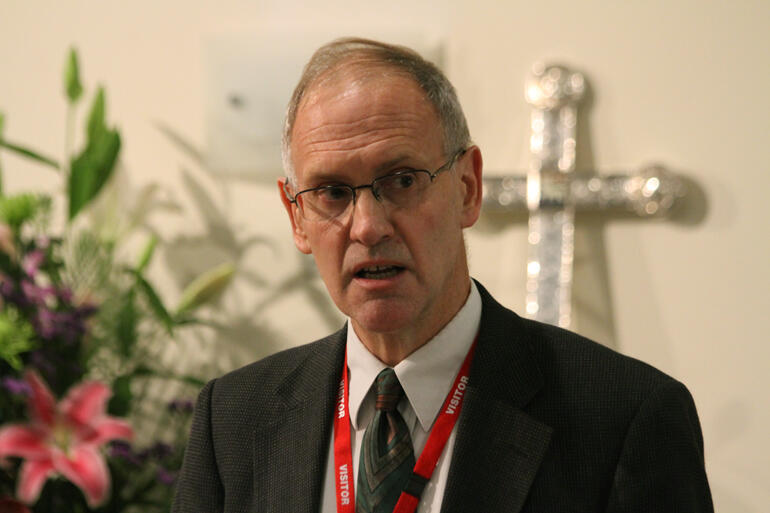 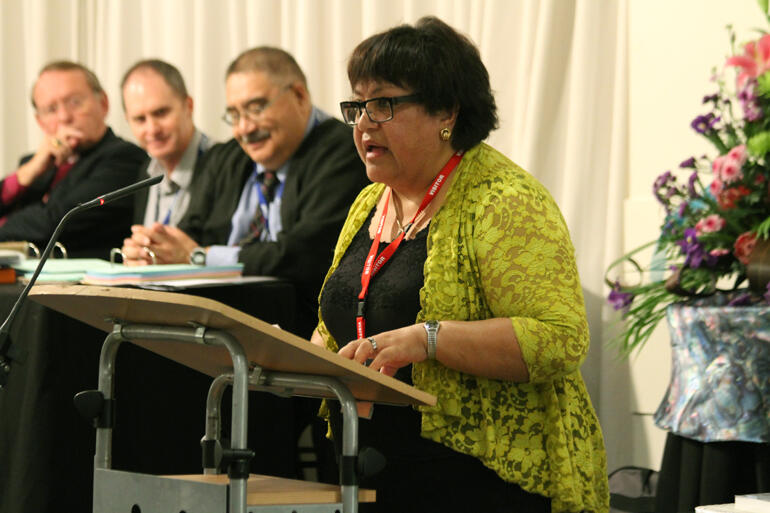 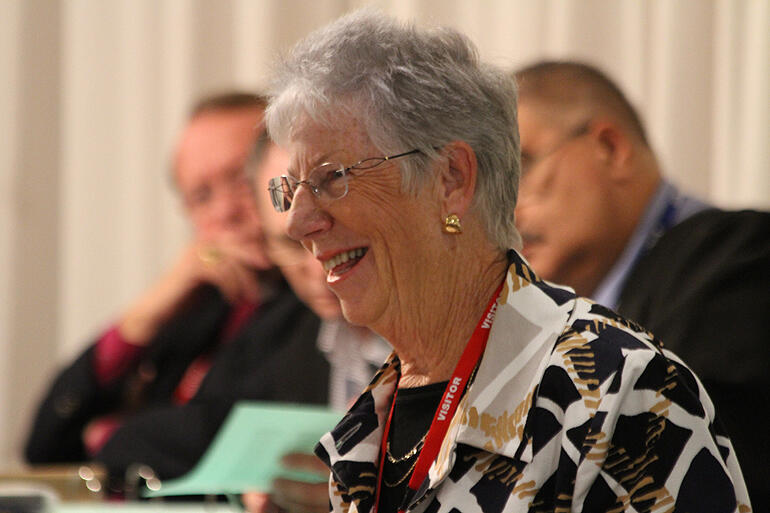 The plan, going into this General Synod, was that half of Monday would be devoted to consideration of the Ma Whea? report – and that by afternoon tea time, a course of action would have emerged.

Instead, synod wrestled until its dinner break with the questions of same-sex blessing and ordination – and then asked its order paper committee to find a slot in today’s schedule to resume the debate.

Until that process has concluded, there’s not a lot more that can be said. Because after yesterday's first session, in which the Ma Whea? Commission itself described its work – all subsequent sessions have been in committee.

They've deliberated by diocese and hui amorangi, then by house – and after afternoon tea, by synod as a whole. Each session in committee, with no observers present.

This much is evident, though: the synod is being urged not to ‘kick the can further down the road’.

“We submit that the way is clear for a decision to be made,” said Sir Anand Satyanand as the commissioners wrapped up their presentation, "The time for that has come…”

Sir Tamati Reedy then illustrated that wero¸ that challenge, by speaking of a chance encounter he’d recently had with a man who, long ago, had known Sir Tamati's uncle.

JC Reedy was the manager of a dairy factory at the time – and Sir Tamati’s acquaintance (then a young man) had gone to him, agonising over a dilemma he was facing: “What do I do now?” he’d asked.

Half a lifetime later, he could still quote the advice JC Reedy had given to him:

The Ma Whea? Commission did not, as per its remit, make any recommendations.

It did, however, offer its viewpoint, which Dame Judith Potter outlined this way:

“There were, of course, strong submissions from those who would support option A.” she said. “They seek clarification of the current uncertainty, by formal adoption of the traditional interpretation of the Scriptures, as they follow them.

“This is an option to which the synod would have to give consideration.

“At the opposite end of the spectrum is Option E – a new understanding. And of course there were submissions from those in favour of such a position. Submissions made with equal conviction, and equal clarity.

“And this is an option which synod would have to consider.

“If synod accepts that it is time to move forward, to make a decision for change, as Sir Tamati Reedy has advanced: ‘Make a decision, boy’ – Options F, G and I might perhaps best provide pathways.”

“However, if the concept of two views, which is inherent in Options F and G, was considered to introduce internal inconsistency, and to be untenable in the longer term, then Option I, a new rite, and in the manner in which it could be implemented, would best become the focus of synod.

“It is not for our little commission to… advocate for any particular option.

“We’ve done our work, and we felt very privileged to do so.

“The decision that follows rests with synod, the body elected to carry this significant responsibility for the Anglican Church...

“In the prayers in the beautiful service at the Marsden Cross yesterday we prayed for the church in its diversity, and richness, and its beauty, and its brokenness.

“And we asked God to increase our trust in one another. And bring us to unity and common purpose.

“May God be with you in carrying out that trust.”

The members of the Ma Whea? Commission left synod late in the afternoon.

But not before they’d heard synod’s heartfelt thanks for the labours they’d undertaken.

Bishop John Paterson – who has been asked to come from retirement to chair the deliberations over the Commission’s work – told the gathering that he’d been involved with general synods since 1978.

“In that time, he said, “I have listened to many commissions report. No other commission, in my experience, has demonstrated such responsibility and accountability and deep affection for this church as this one.”

Speaking on behalf of the three archbishops, Archbishop Philip Richardson said he had been “incredibly impressed by the level of commitment” that the commissioners – all busy, all in high-demand – had shown to their task.

“They have listened across the church with enormous graciousness and generosity of spirit – and as a church we are forever in their debt.”

In love, there is no debate about the legitimacy of homosexuality or any sexual sin in a church of God and of Christ. God has not changed and is unchanging and His charge in this regard is clear.

Homosexuals wish legitimacy and are putting pressure on the church for recognition with no intention of repentance. Legitimacy by man will not legitimize the person before God. It is a disservice to God and man to allow this self-deception of pseudo-legitimacy to be promoted in a church of Christ.

The choice before you is whether the Anglican Synod of New Zealand and the Pacific remains a church of God and of Christ. To elect to embrace homosexuality within the Anglican Church will simply be to reject God and the gospel of Christ to embrace the religion of liberal humanism. How will you then be able to stand before the judgment throne of Christ to account for your deeds?