West Papua human rights advocate and development expert Rosa Moiwend has called on the New Zealand churches to keep West Papuan rights in the foreground of our advocacy efforts with Government. 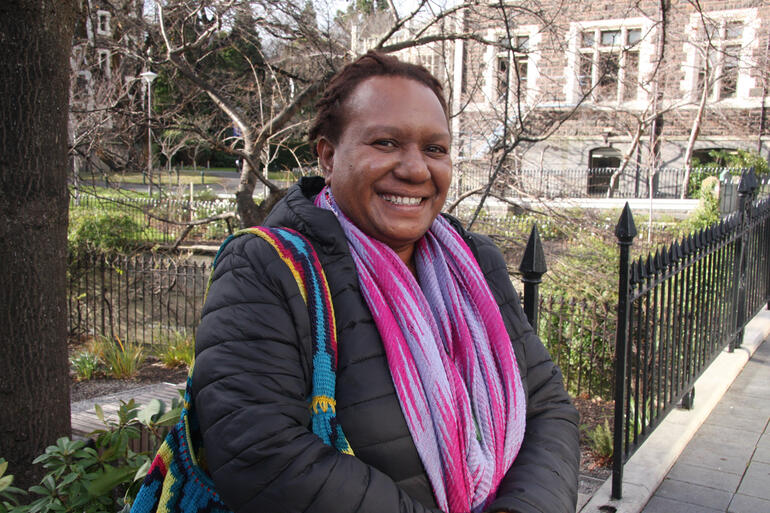 Rosa Moiwend is visiting Aotearoa New Zealand this week to raise the alarm on human rights abuses against West Papuans and to encourage advocacy on West Papuan indigenous people’s behalf.

Rosa Biwangko Moiwend is a West Papuan woman working in West Papua and in the Pacific region as a human rights activist, community organiser, civil resistance researcher, and educator. A Malind Anim woman from the southern part of West Papua, she has been active in the campaign against MIFEE, the proposed giant food and palm oil plantation in Merauke.

“As a result of conflict in highland Nduga, thousands of displaced people are struggling to cope. These harmful conditions coupled with the loss of life since the Indonesian takeover in 1963 amount to ‘slow genocide’.”

“However, the New Zealand government is all but silent on the mounting crisis.”

West Papua – which comprises the western half of the Papua land mass adjacent to Papua New Guinea, has been under the control of Indonesia since 1963, despite the West Papuan peoples’ 1961 manifesto of independence declared in advance of the Dutch colonial power’s departure.

Rosa called on churches in Aotearoa, New Zealand and Polynesia to continue to raise West Papua’s situation with their Governments, and keep the focus on West Papua human rights in their diplomatic relations with Indonesia.

“Many groups and meetings make statements about the West Papua situation, and raise the issue of human rights abuses, but what really makes a difference is to keep up the pressure on Governments to raise West Papua issues with Indonesia.” said Rosa.

Rosa lauded the ecumenical delegation coordinated by the World Council of Churches (WCC) and two Indonesian church groupings that visited the provinces of Papua and Papua Barat on February 15-22 this year. Increasing violence and discrimination against indigenous Papuan people In those two regions was recently highlighted in a joint statement by five UN human rights mandate-holders.

Rosa’s visit comes as a reminder to the Anglican Church in Aotearoa, New Zealand and Polynesia that in 2016 our Hīnota Whānui - General Synod agreed to step up in solidarity with the people of West Papua, and moved to:

Political actors like the Pacific Islands Forum and the Melanesian Spearhead Group have publicly called for an investigation into human rights abuses in West Papua, said Rosa, and here close by in the Pacific, all churches, NGOs and academics can play a role in reminding their Governments as well as regional groupings of countries to meet their fact-finding obligations and address the human rights concerns they have spoken out on.

For more information on the history and current situation of West Papua you can attend one of Rosa Moiwend’s remaining speaking engagements in:

Hamilton
Saturday 29 June, 2019, 8:30 to 10:15am in University of Waikato, K Block: G.11.
Rosa will speak in the West Papua roundtable event ‘Wansolwara: The Trans-Indigenous Ocean with West Papua’ roundtable as part of the Native American and Indigenous Studies conference at Waikato University.

GSTHW 2016 Motion 28: Solidarity with the people of West Papua