Christian World Service has opened an appeal to support people who have fled conflict zones in Afghanistan and now urgently need food, non-food items such as hygiene and healthcare materials and shelter. 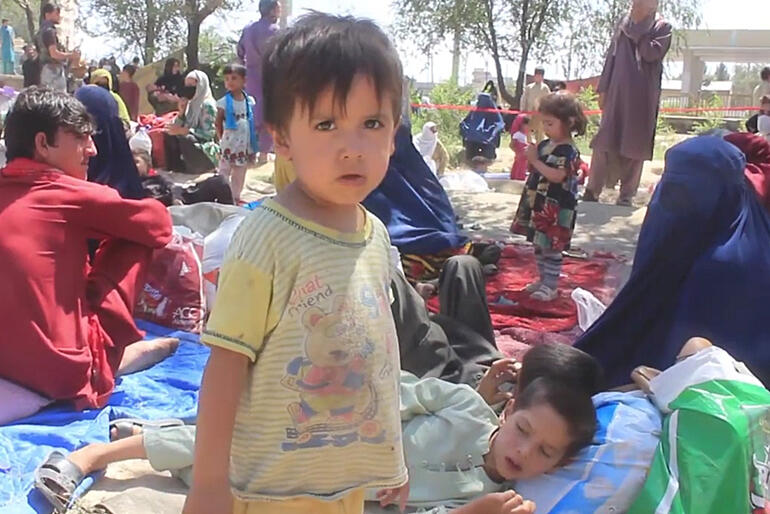 Christian World Service(CWS) has opened an urgent appeal to assist to people who are fleeing Afghanistan or displaced within the country.

The Afghanistan Emergency Appeal will fund mobile phone cash transfers that go straight to where people are hurting through Christian World Service’s local partner Community World Service, a member of ‘Action of Churches Together’ (ACT Alliance) which has been working in development in Afghanistan for nearly four decades.

“The people of Afghanistan need help to survive this catastrophe. If you can, please support our appeal so the most vulnerable can meet their immediate needs,” said Murray Overton, Christian World Service Aotearoa New Zealand National Director.

While the focus is currently on getting people out of the country, CWS’ partner organisation on the ground is also watching what is happening to the majority of people who cannot leave Afghanistan. The Afghanistan appeal is calling for donations to assist the 50,000 displaced or at risk families to purchase food, non-food items (including for hygiene), shelter and healthcare – whatever they most need as they depart, or as they shelter in informal settlements where they have been displaced.

More than 550,000 people have been displaced in Afghanistan this year on top of the 2.9 million who had sought shelter and safety in 2020, mostly in the country’s cities.

While a few are reported to be returning home now that the Taliban has taken the country, most are sheltering in informal settlements in parks and on public land.

The camps are cramped, unsanitary and lack basic medical facilities. Residents are forced to travel long distances to obtain water. Most displaced people living in these settlements and camps have not received any protection or education about Covid-19.

“There is massive displacement taking place within Afghanistan right now, with thousands and thousands of families uprooted from their households and home towns.” said Director of Community World Service Asia Marvin Parvez.

“Most of these people have very little reserves of their own to even support themselves for a few weeks without an income or any external help and we’re just a couple of months away from the harsh winter in the country which will make things worse.”

As funds come in Community World Service Asia is ready to start assisting internally displaced people in Kabul, starting from next week.

Community World Service are now closely following the ongoing changes in Afghanistan’s leadership and are in the process of exploring safe pathways for a smooth continuation of their programs, while upholding humanitarian principles.

At the same time as the political changes, the pandemic has left women dependent on men in the family for food and other daily necessities, while employment prospects for displaced people who predominantly work for daily wages in informal jobs have been badly hit.

Any donation you can give will help, and will go directly to where the need is greatest – where people are running out of food in Afghanistan. To donate to the  Afghanistan Emergency Appeal you can make credit card donations by phone on 0800 74 73 72 or donate online via https://cws.org.nz/donate-now-afghanistan/