General Secretary of the Pacific Conference of Churches, Rev James Bhagwan has spoken out in support of the interfaith movement to promote ecocide law. 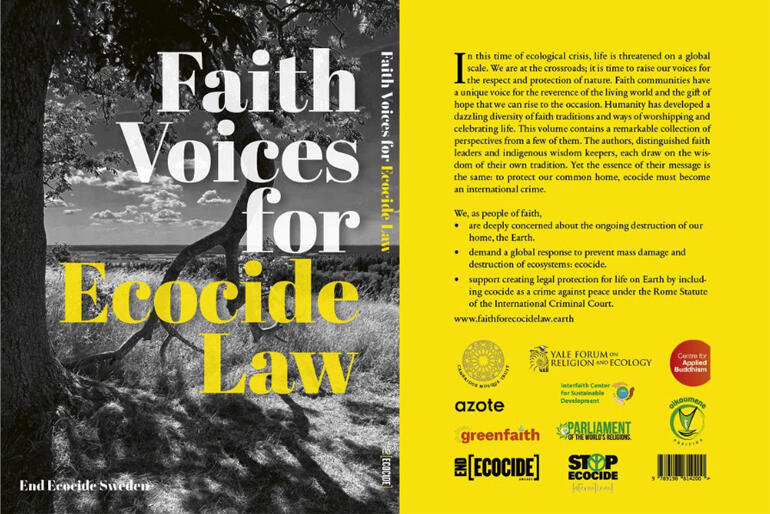 Rev James Bhagwan, well known minister in this Church and General Secretary of the Pacific Council of Churches has joined a collection of faith leaders to speak out in support of the movement for ecocide law as a way to hold countries and companies to account for environmental destruction and climate damage.

Rev James believes the concept of an ecocide law will really resonate with Pacific peoples.

“From an indigenous perspective, from our connection with the land and the sea, and from a religious perspective, where we are called by God to be custodians of the world we live in…the role of faith in supporting an international law of ecocide is very significant.”

Rev James Bhagwan is one of the contributors to a new book titled “Faith Voices for Ecocide Law” that was launched on Wednesday this week in a COP27 special event, held at Sharm El-Sheik in Cairo, Egypt.

“Faith voices for ecocide law” is a collection of texts that draw on the wisdom, teachings and practices of different world religions and indigenous spiritual traditions to consider the relationships between humans and the earth, and to establish the need for a new international crime of ecocide.

The authors, which come from Indigenous, Christian, Buddhist, Hindu, Shamanic, Islamic, and Jewish traditions identify how their religious traditions emphasise the responsibility to respect and protect the living world. They argue that naming the crime of ecocide – literally “killing one's home” – conveys this understanding.

The World Council of Churches and His Holiness Pope Francis have endorsed the value of developing ecocide laws to end impunity for nations and entities that perpetrate harms against creation.

For more information go to: www.faithforecocidelaw.earth