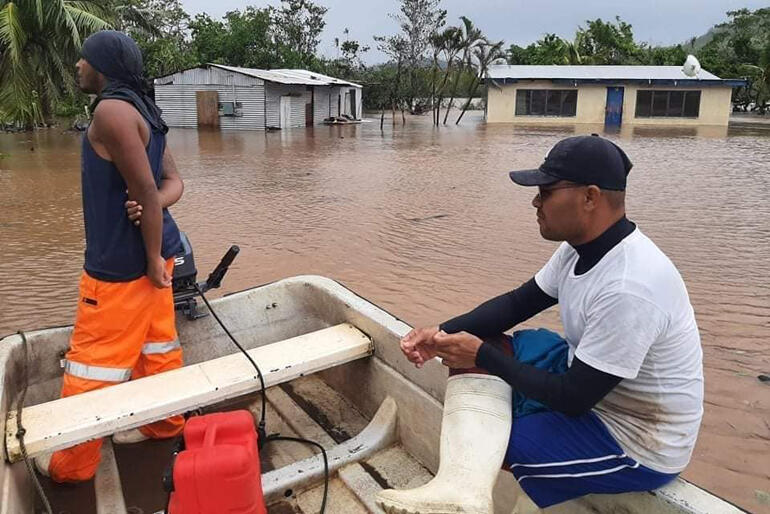 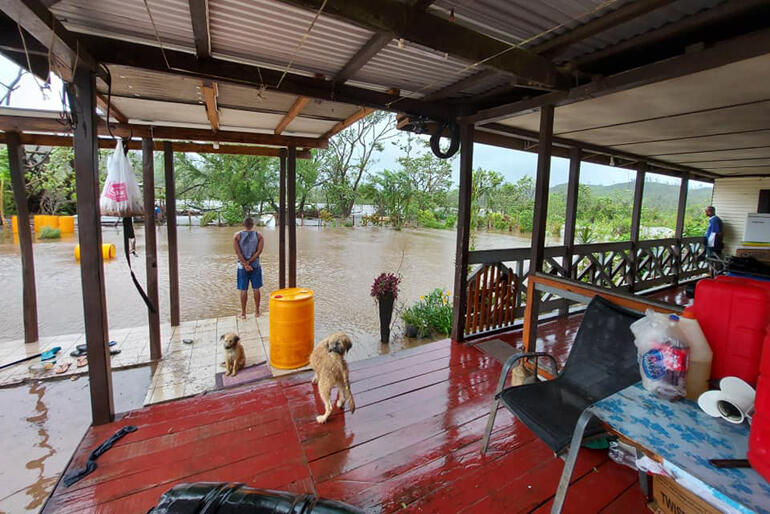 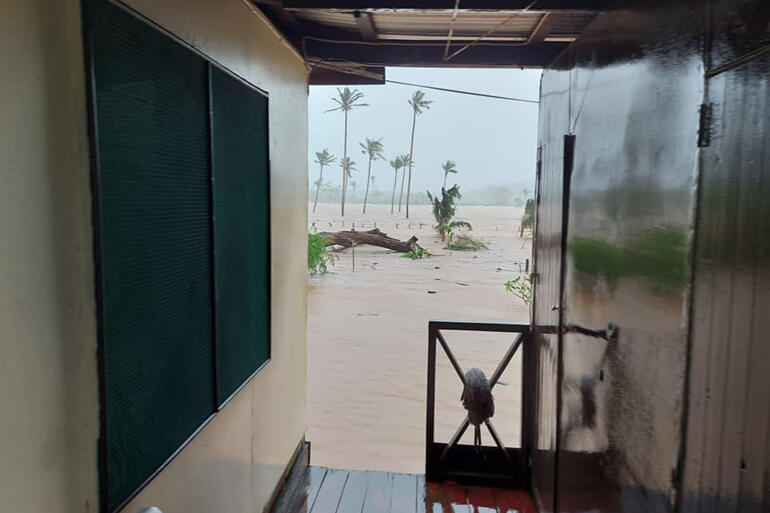 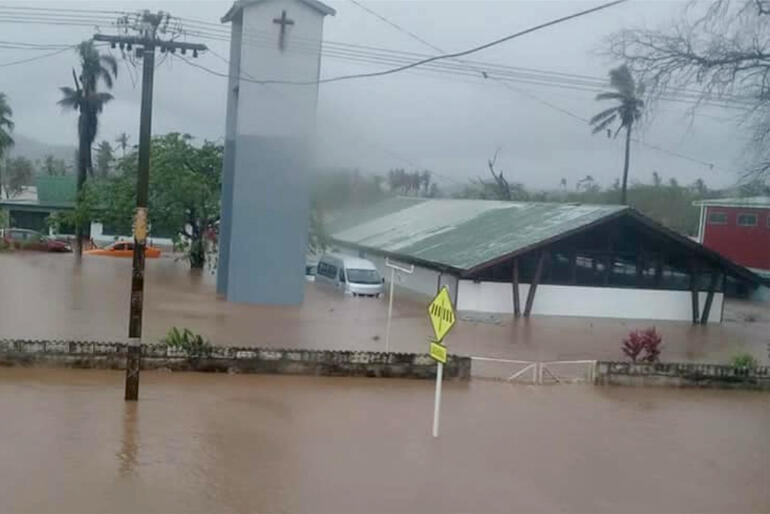 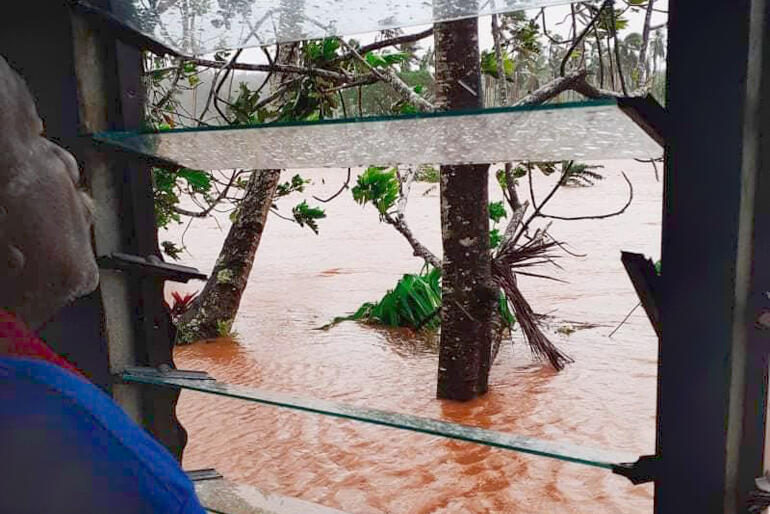 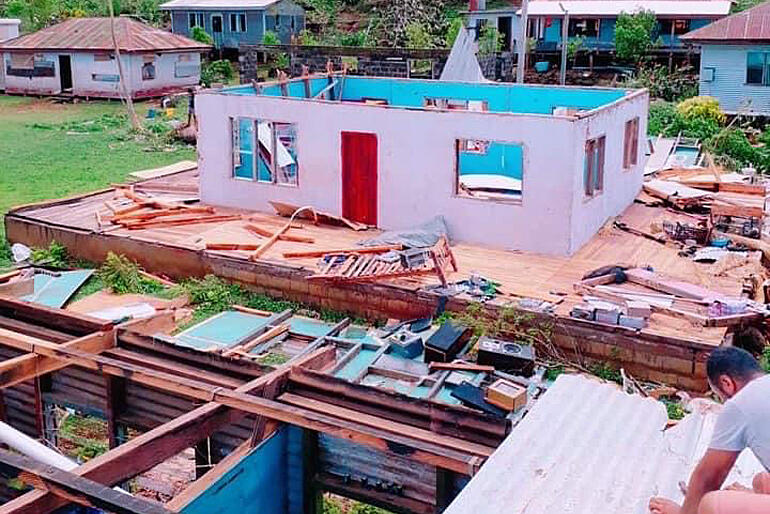 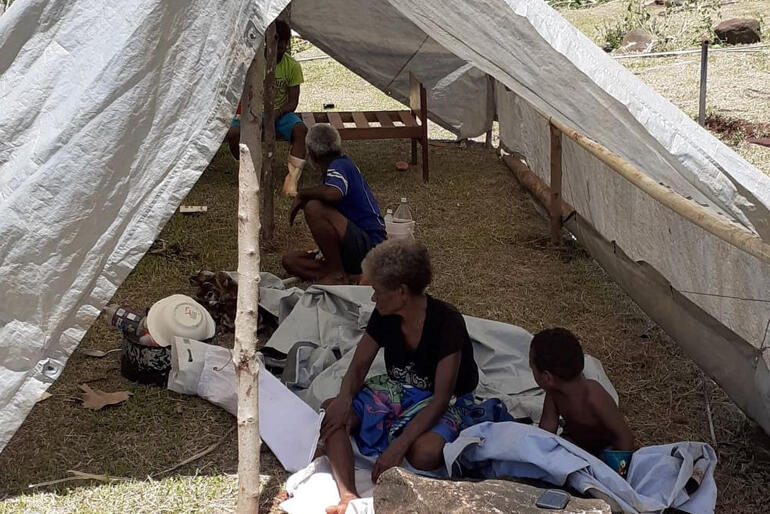 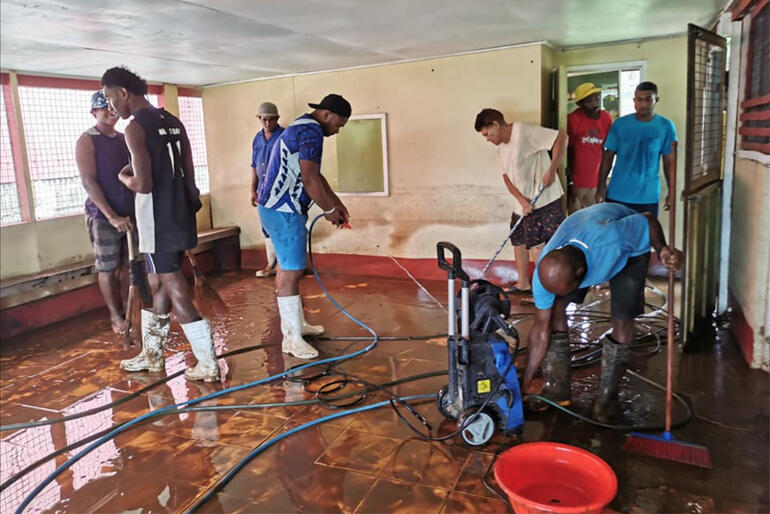 By midday Sunday, Cyclone Ana had moved to between Suva and Navua, battering the whole area round the capital with 145km winds and torrential rain: felling trees, flooding people’s homes and workplaces, cutting off power supplies and devastating essential food crops.

Among the 480,000 people in Fiji directly affected by Cyclone Ana were many who had not yet recovered from Cyclone Yasa and are now back in evacuation centres.

Bishop Henry Bull and clergy from the Vanua Levu and Taveuni Episcopal Unit report that Cyclone Ana has destroyed most of the temporary homes, half-finished roofs and shelters built since Cyclone Yasa, and worst of all it has damaged all remaining root crops.

As well as major damage to buildings, replanted food gardens and other infrastructure, access to outlying areas is being hindered by some sections of roading that were pulled apart by flooding. The main highway in Vanua Levu that links Nabouwalu (where the jetty is located) to the major towns of Savusavu and Labasa has been badly damaged. To date, ferries have not been in full operation, nor have domestic flights.

As a result, Cyclone Ana has halted the second phase of assistance planned in the Cyclone Yasa response.

The Diocese of Polynesia is still gathering information as to the flooding impact on each community, but they report that most churches in Vanua Levu have been affected. One report has come from Rev Gerald Billings in Labasa who said yesterday that St Thomas’s Anglican Church and its vicarage were flooded throughout after last weekend’s storm.

"About two feet of water suddenly swamped our house, drowning everything on the floor…

The boat actually came into our sitting room to evacuate us."

Bishop Henry has also posted photos of his home surrounded by floodwaters. Sadly those waters have laid waste to the large community garden in his yard that was replanted after Cyclone Yasa to provide sustenance to many local people.

This week the Fijian Government closed all schools and most are serving as evacuation centres. First reports tell us that two staff houses and some classrooms in at least one Anglican school, St Paul’s Naviavia have been destroyed.

In Labasa, Rev Gerald reported they were able to use Anglican buildings to shelter people whose homes were under water in the immediate aftermath of the storm.

“I opened the classrooms beside the kindergarten..as our evacuation centre for those in our church compound, and we ended up with over 100 adults, 20 babies, and 40 children from the nearby village that had called us for help.”

Rev Gerald has called on Anglicans to pray for communities struggling with exhaustion and discouragement as they deal with the impact of two major natural disasters so unusually close together.

“Please ask people to pray that God will strengthen and encourage us.” He said to Anglican Schools Director Rev Dr Anne van Gend in a call last evening.

For now, the Diocese reports immediate needs remain the same as for those affected by Cyclone Yasa: food items and clean drinking water, tools and materials for repairs to homes and learning materials for students returning to school.

Anglican Missions National Director Michael Hartfield says that our missions arm stands ready to assist in whatever way they can when new information comes through.

He gave thanks for the strong support of five Christian aid and development organisations who have already backed the Diocese of Polynesia through the Cyclone Yasa Appeal: Anglican Overseas Mission and Anglican Board of Mission in Australia, Tearfund Australia and New Zealand and the Episcopal Relief and Development Fund USA.

Conversations with the five agencies are underway already to call for partnership as the Cyclone Yasa Appeal expands to take in needs following Cyclone Ana.

In the meantime, Michael Hartfield and the Anglican Missions team are calling on Anglicans in this province to support our Church’s work in Fiji as generously as we can.

To donate to the Cyclone Ana response via internet banking, please enter the following details: