Archbishop Winston Halapua was in Apia when Cyclone Evan rained destruction on Samoa – and the Archbishops have asked ++Winston to pen their Christmas message. 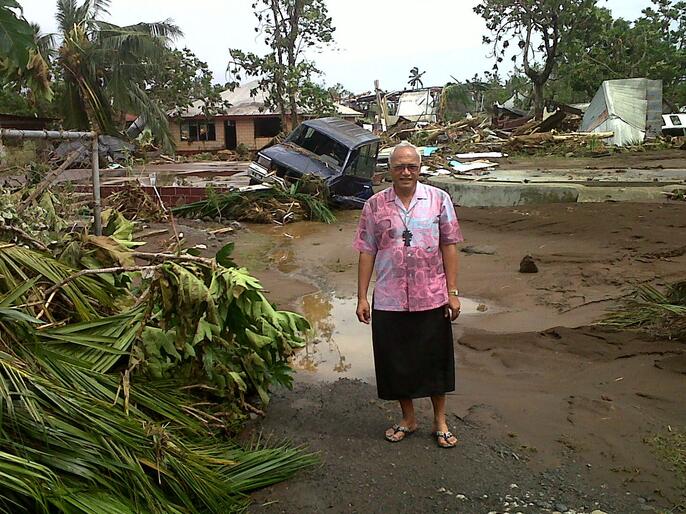 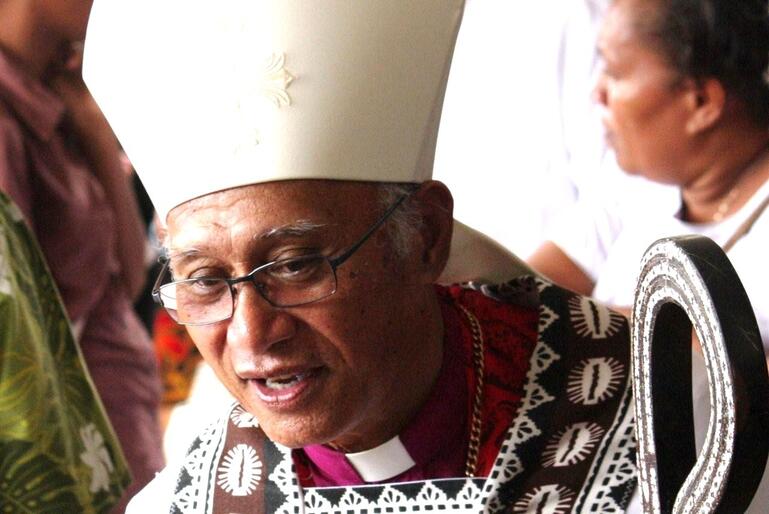 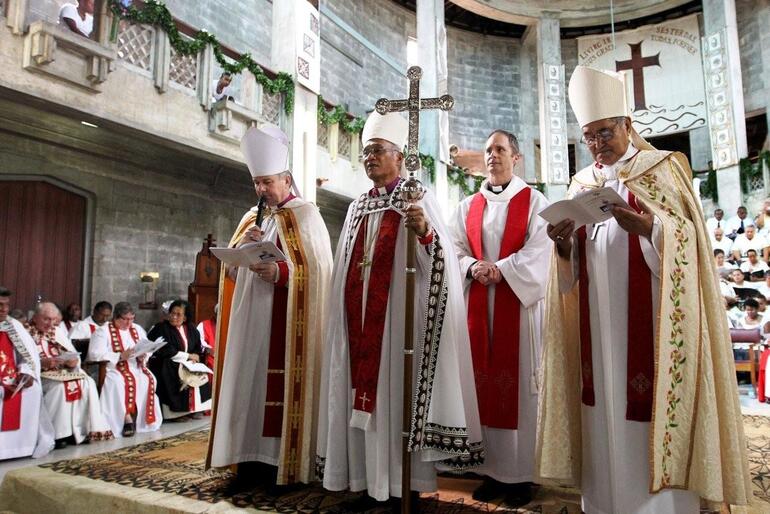 My dear brothers and sisters in Christ,

Talofa lava from Apia in Samoa.

Archbishops David and Brown have asked me, on behalf of the three of us, to send you our Christmas message from here.

I arrived in Apia last Wednesday, from Auckland.

I was actually en route to Pago Pago, where I was to ordain the first woman priest in American Samoa.

But the weather was deteriorating so sharply that all further flights were soon cancelled – and Cyclone Evan hit us on Thursday.

So here I was, in the midst of the cyclone which has caused so much destruction, and which has killed four people who’d been living very close to where I am now, with a further 10 people still missing...

When the cyclone had done its worst here, the Vicar of All Saints and I surveyed Apia and South West Upolu as best we could – navigating our way by car through roads that were not blocked by floods or fallen trees, or by police and army emergency teams.

So many homes and churches ruined or half-ruined, so many power poles and trees torn down.

They’re saying that 500 houses have been seriously damaged here, and plantations in most parts of Samoa are now in a terrible state.

Even as I write this message to you, police and army and villagers are still picking their way through areas that were overrun by the flash floods, clearing and cleaning what they can.

Light in the darkness

And as I reflect on both these things, I think I see a bigger picture – and maybe even a distant connection between those tragedies.

Because the atrocity in the United States is not just the tragedy of an isolated individual who set out to shoot innocent children.

I think that tragedy in the US says something about the shortcomings of our nature, and a bigger violence that we are all part of.

And yes, the cyclone here was a naturaldisaster – but I also believe we contributed to it.

I’ve lived through my fair share of cyclones in the Pacific. And I’m convinced that climate change contributed to the severity of what we experienced in the Pacific this past week.

I truly believe that we need to look deeply inside ourselves about these things – and to understand our inclination to violence, both to one another, and to our environment.

We need to return to what God has made us to be – to care deeply for our brothers and sisters, and our children, and to care for the environment that God has given us to be stewards of.

The trajectory of Cyclone Evan fascinates me. It started near Suva, and left Fiji and came this way. It hit Apia when I was here.

It then veered towards Pago Pago – and then retraced its steps back to Fiji.

I rang my wife Sue from Pago Pago on Sunday, and she told me then they were as prepared as they could be for what was coming.

I rang her again on Tuesday but I couldn’t get through. The power and the phones had been cut off.

By then, the cyclone had pounded the western and northern parts of Fiji for 12 hours. In Lautoka alone, the Red Cross are saying 600 homes have had their roofs torn off.

So here I am, as Bishop, writing from the midst of our people, who really have been devastated by the impact of this cyclone.

But I’m also deeply celebrating the fact that the leaders of Samoa are starting the recovery not only by declaring the situation for what it is – an outright disaster, an emergency – but by turning to God.

They are asking for prayer.

And I can’t think of a better preparation for Christmas 2012, than to realise that in the midst of whatever else is happening, God is with us.

So what do we ask of you?

Please keep praying for us – as we pray for you, and we pray for our people in the United States.

Food wise, the reality is this:

We’ll get through Christmas – but there’ll be real need in about two weeks. Most of the food crops here, the banana plantations for example, have either been washed out or flattened.

So we urgently need rice, potatoes, flour and other dry rations. Even clothes too – many of the people who lost their homes have only got the clothes they were standing in on the day the cyclone struck.

Our diocese is really grateful, too, for the generosity of our tikanga partners, and the appeal that Christian World Service has launched on behalf of struggling people here.

I know our Anglican Missions Board, and Archbishops David and Brown, are commending that CWS appeal too, and I thank you on behalf of all those whose lives will be made easier by your generosity.

How is morale here in Samoa?

I can’t think of a better way to describe that than to picture Manu Samoa, the rugby team.

In terms of population, this is a tiny country. There are less than 200,000 people here. So, by rights, Manu Samoa probably shouldn’t beat any of the rugby heavyweights.

But don’t go telling our giant-killers that.

Because last month, they knocked Wales off, didn’t they?

So in this country right now, and in Fiji too, it’s impossible.

Electricity is out, we are cut off from the world, and there’s so much loss and destruction.

But with God’s grace, all things are possible, aren’t they?

We can make it.

Because God is good.

And my prayer this Christmas – and I know Archbishop David and Archbishop Brown share my prayer, too – is that no matter where you are, this good God will richly bless you and your families.