The Bishop of Taranaki, Philip Richardson, is our new Archbishop. And he brings to the post an impressive record of service in both church and community.

• 'Overwhelmed' by the news

• Watch the news clip on TV One

• Archbishop of York welcomes our news

• Cardrona: his cathedral in the sky 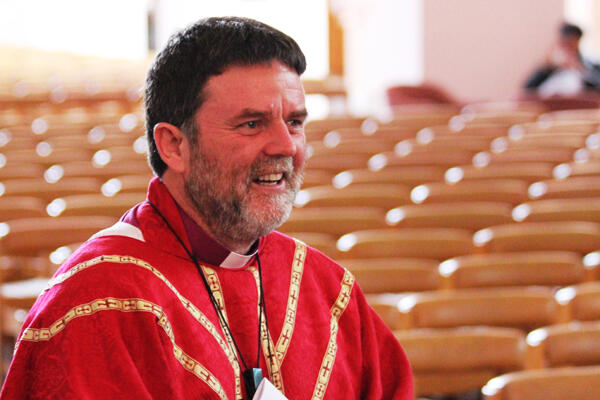 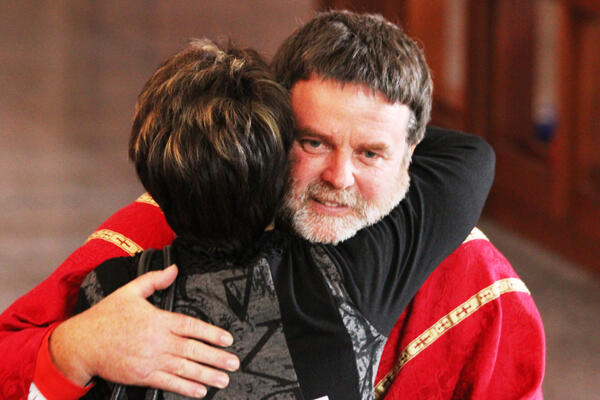 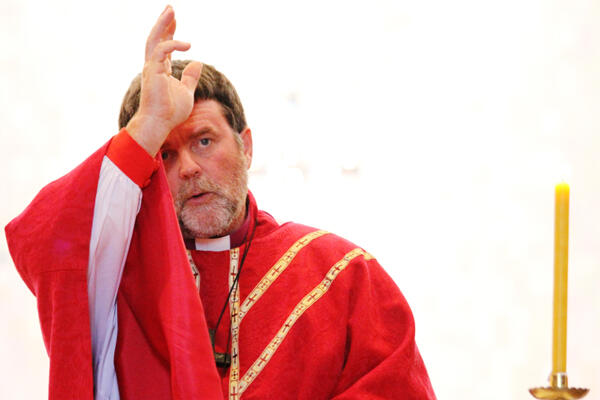 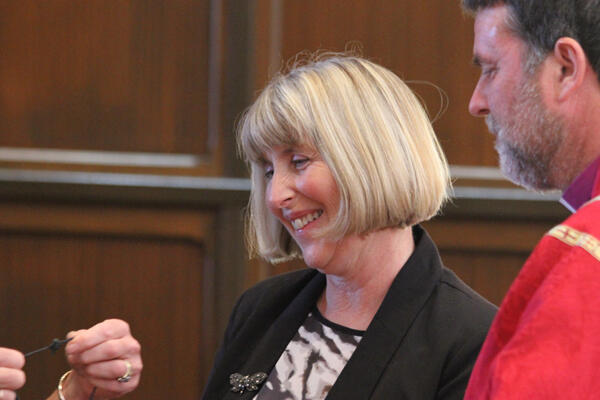 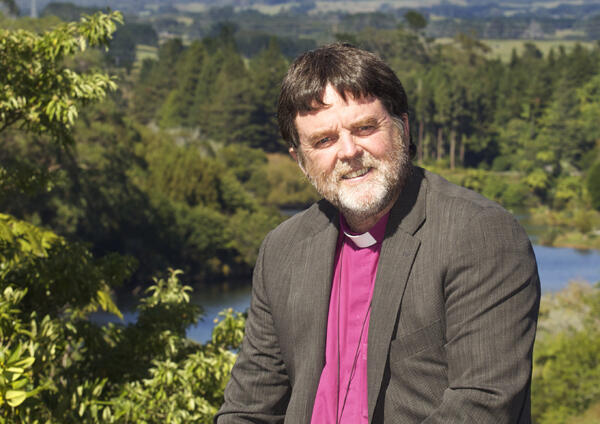 He was confirmed as Archbishop-elect at a meeting in Wellington today of representatives of the country’s seven Tikanga Pakeha dioceses.

From May 1 Bishop Philip, who is 55, will become one of three Archbishops leading the Anglican Church of Aotearoa, New Zealand and Polynesia. He will continue as Bishop of Taranaki, and carry on his dual role from his New Plymouth base.

Philip Richardson has assembled an impressive record of work across the community in the 14 years he has been Bishop in Taranaki – and achieved real credibility with regional and civic leaders.

“I have the highest regard for him,” says Harry Duynhoven, the Mayor of New Plymouth. “Philip has done a huge job for the Anglican Church in our region – and for our community as well.”

Peter Tennent – who was Harry Duynhoven’s predecessor as Mayor of New Plymouth – is equally affirming of Bishop Philip’s role in the wider Taranaki community:

“He is a visionary, and a number of projects, big and small, are directly attributable to his leadership. The Bishop’s Action Foundation, for example, has become a formidable organisation driving positive change here. I join all from Taranaki in congratulating Philip – the church and this country are in very good hands.”

Beverley Lady Reeves, widow of Bishop Sir Paul Reeves, is another who holds Bishop Philip in high regard.

“And I know my husband did as well, as he demonstrated abundantly at the end of his life,” she said today.

She and Sir Paul had spent a week in New Plymouth in March 2010 as “Philip involved the whole city in the preparations for St Mary's church becoming a Cathedral.”

That consecration took place 150 years after the beginning of the Land Wars in Taranaki, and Lady Reeves notes how Bishop Philip has encouraged her husband’s Te Atiawa people “to rediscover St Mary's as a place of worship.”

There’s been acclamation too, from further afield – from the Archbishop of York, Dr John Sentamu, who had first met Bishop Philip during his visit to Taranaki to consecrate St Mary’s as a cathedral.

Dr Sentamu saysthat he had been moved during his visit by the hongi “in which the breath of life from God is shared, and our common humanity is affirmed.”

“Bishop Philip’s ministry is built on this same understanding, that we are all equally valued and loved in the eyes of God.

“When my wife Margaret and I heard the news, we burst into a waiata: He Honore, He Kororia, (All honour and glory to God):

Bishop Philip says his top priorities as archbishop will be helping the church to work together for the common good, to advocate for people on the margins, and to help the church to “deepen its discipleship” – in other words, to live out its faith.

“The church,” he says, “really does exist for those who are outside itself.

“We’re not a club. We are people who are committed to building communities which are healthy. Lifegiving, just communities where everyone has a place, where every individual has the ability to live full and meaningful lives.

“So a really high priority for me is to work in whatever way I can to enhance our ability to work together as a church to contribute to that common good.”

Philip Richardson was elected Bishop in Taranaki in 1999 – and since then he has developed a reputation for driving new ideas and new developments.

One of those innovations has been launching and driving the Bishop’s Action Foundation – a trust which, from a standing start in 2005, has grown into a body with a $1 million annual budget and a staff of nine who work “to tackle unmet needs in Taranaki” through building the capacity of volunteer and community groups.

Bishop Philip says the challenge now is to translate that kind of regional contribution onto a national stage.

Doing that, he says, will depend first on the church’s ability to build relationships.

At a national level, he says the church has already established “some credible relationships across the political spectrum” – and those relationships have to be developed further.

“The second thing we need to do is build credibility. Credibility is based on what we do.

“We are not saved by good works.

“But what we do describes God’s love and God’s grace. And people are looking for a credible example, an outworking of what Christian love in practice looks like.”

And the third requirement, he says, is for the church to become engaged “at the point of greatest need.

“We’ve always got to engage where we can make the most difference; where there is the greatest need.”

“We’re on the ground in every community,” he says, “in a way that few other organizations are.

“Just look at any analysis of volunteer or community work, and look at how many of the people serving their community have a faith base. They’re a disproportionately larger figure than our size as churches would lead you to expect.

“That gives us an extraordinary resource – of raw data of what’s actually happening.”

“So if we really want to be able to have our voice heard – and it’s a very distinctive voice – and we want to speak Gospel values into decision making, and into the kind of choices as a society that we have to make, then we really have to do that in a very well articulated and informed way.”

The dust from the teacher’s sandals…

Bishop Philip says that the church’s ability to contribute to the life of the nation will depend, above all, on “deepening its discipleship.

“I love the image of the disciple being the one who follows so closely in the footsteps of the rabbi that the dust from rabbi’s sandals is flicked up over the disciple.

Archbishop-elect Philip Richardson will succeed Archbishop David Moxon, who is heading to Rome to become the Anglican Communion’s chief ambassador to the Catholic Church – and he will be installed as Archbishop in May, at a time and a place to be confirmed.

As Archbishop, he will work alongside Archbishop Brown Turei, who leads Tikanga Maori (the Maori cultural stream of the church) and Archbishop Winston Halapua, who is the Bishop of Polynesia.

Archbishop-elect Philip and his wife Belinda Holmes will remain in their New Plymouth home. They have two adult children, Josh and Clare.
Philip Richardson was born in Devonport in 1958, and he went to Rangitoto College. He holds a BA and B Theol from Otago, and has also studied at Tamil Nadu Theological Seminary in South India and at St John’s College in Auckland.

He was ordained a priest in 1982, helped set up a community house and ministry in Glen Innes in 1981, before being sent in 1984 to the parish of Whangarei as an assistant priest.

He was sent from there to Dunedin in 1988 for further theological study, and was appointed warden of Selwyn College at the University of Otago in 1992.

During his seven years at Selwyn College he became increasingly involved in serving the Anglican Church at a provincial level, and in 1999, at the age of 40, he was elected as Bishop of Taranaki.