The historic chapel at Christchurch’s Churchill Courts aged care complex is hastily deconsecrated as a demolition crew waits to tear down its busted walls. 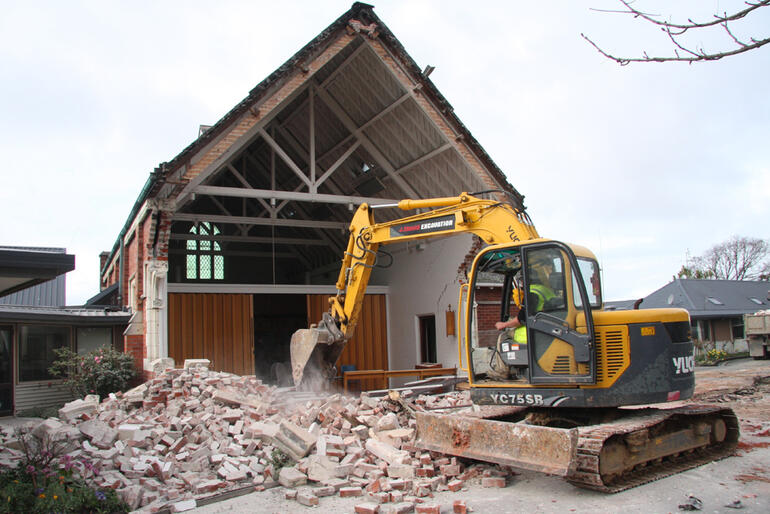 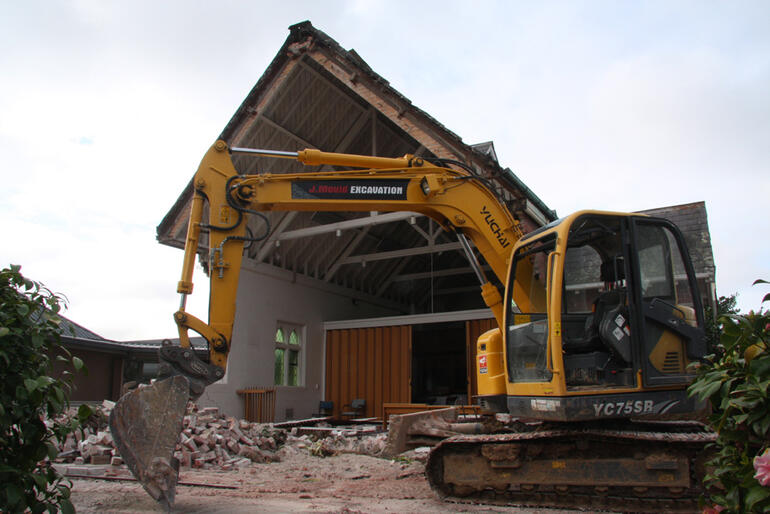 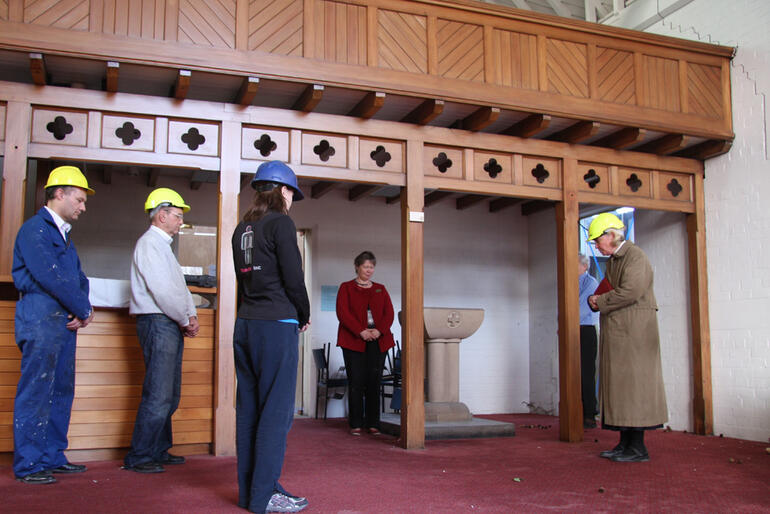 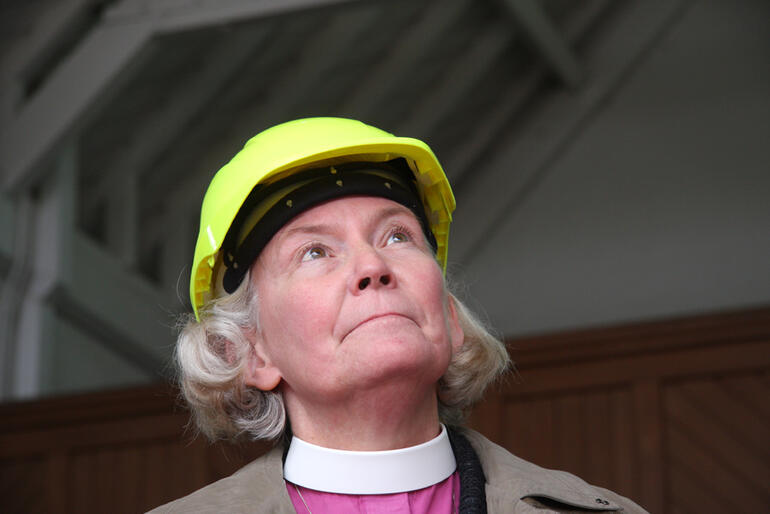 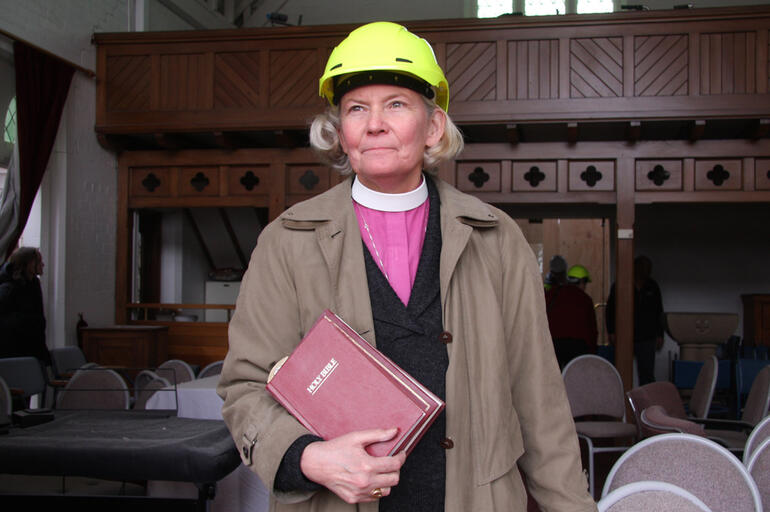 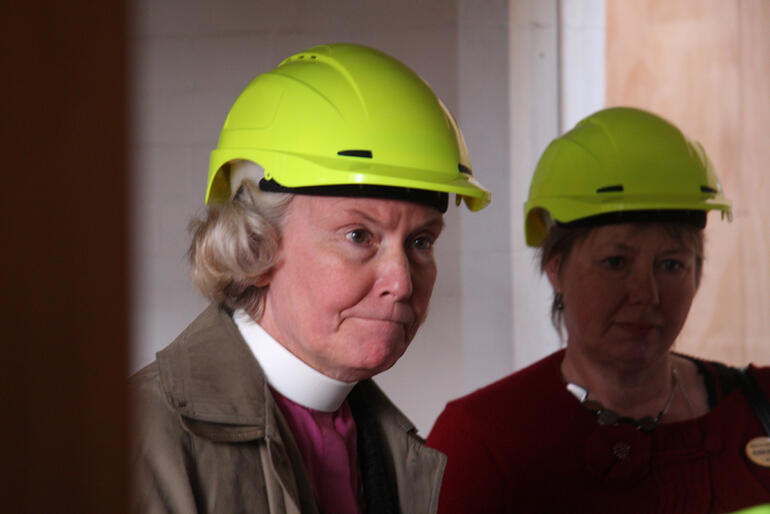 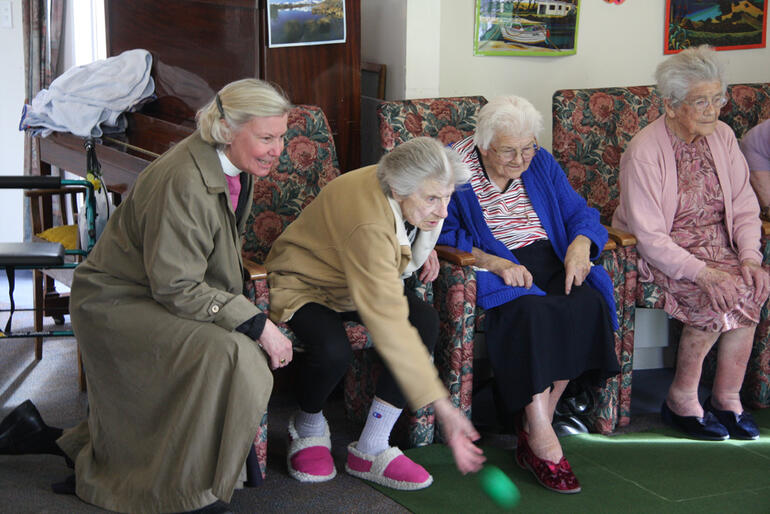 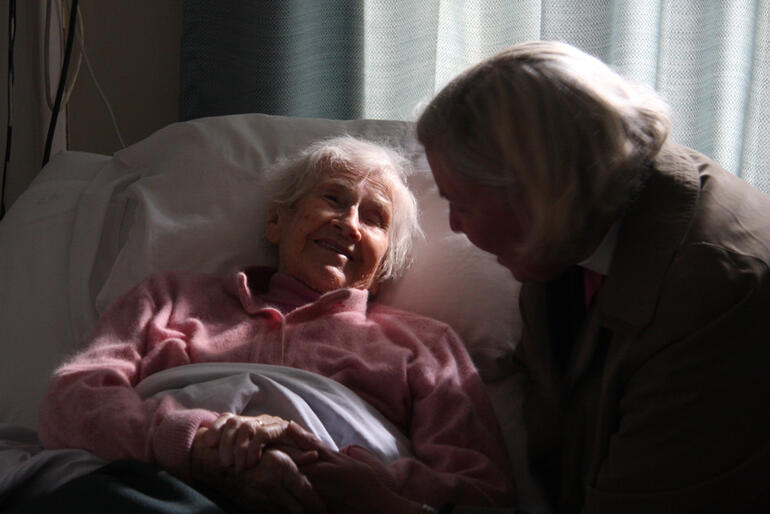 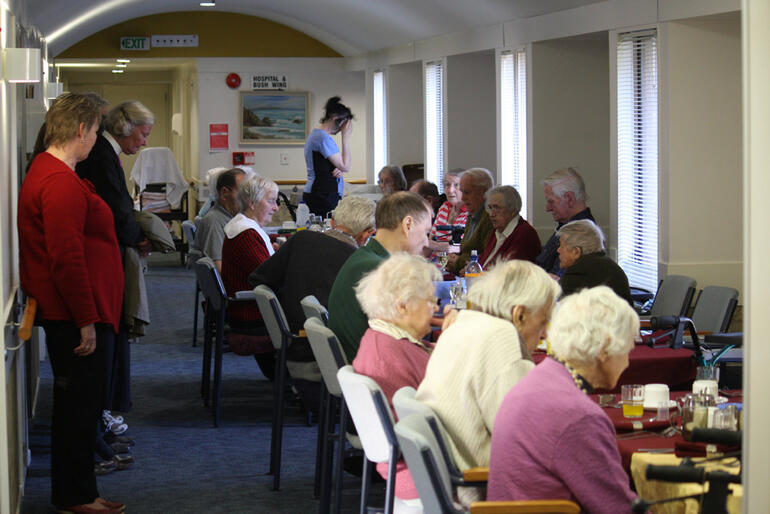 The historic chapel at Christchurch’s Churchill Courts aged care complex was hastily deconsecrated yesterday as a demolition crew waited to tear down its busted and dangerously unstable walls.

The damage to churches is so widespread in Christchurch – and made worse with every jolting aftershock – that Bishop Victoria Matthews had almost no warning that the chapel had to be substantially demolished by nightfall.

So instead of wearing her episcopal robes as she pronounced the final, formal, poignant prayer of deconsecration, she was wearing a yellow hard hat and a raincoat.

The chapel, which will be totally demolished by day’s end today, has been a locus for faith and worship for more than 100 years.

In the beginning, it was built to serve St Saviour’s orphanage. The orphanage has long gone, but the chapel found a new life when the Churchill Courts' complex was built around it.

Bishop Mathews made her decision to completely demolish the chapel while she was on a mid-afternoon pastoral visit to Churchill Courts. She was advised there and then by a structural engineer that the chapel posed a severe hazard, and that there was no practical alternative to its demolition.

As the excavator waited, all the religious fittings - including robes, chalices and patens, altar rail, and various commemorative plaques - were hastily taken from the chapel.

Early today, before the demolition was completed, heavy machinery was used to drag the stone baptismal font clear.

Once she'd given her decision, Bishop Matthews then spoke to the Churchill Courts’ residents as they prepared to eat their evening meal - not in their regular dining room, but in a corridor.

The normal dining room is immediately beside the doomed chapel, and therefore too risky to be used.

Bishop Victoria promised the residents that although their chapel was lost, their spiritual and worship needs would continue to be met.

Soon after the quake struck she directed extra chaplaincy support to Churchill Courts, and regular worship services will continue in a lounge room in a modern, safe area of the hospital.