Auckland Cathedral has reached out to the city's Shia Muslim communities to offer hospitality during Ramadan. 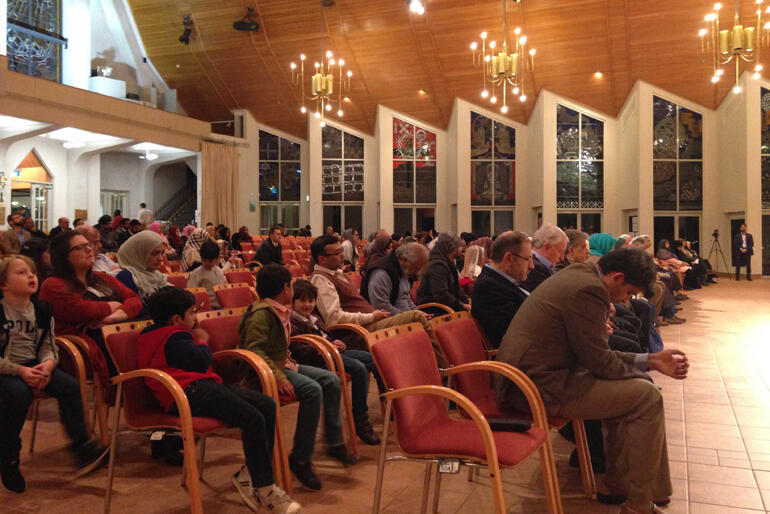 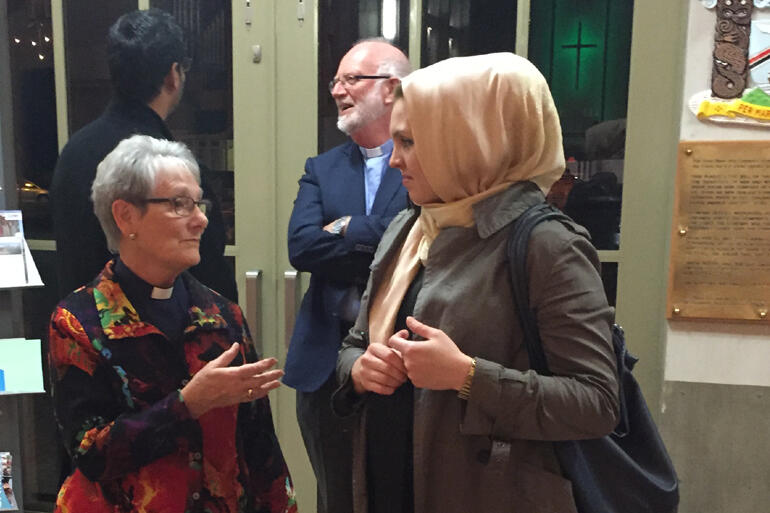 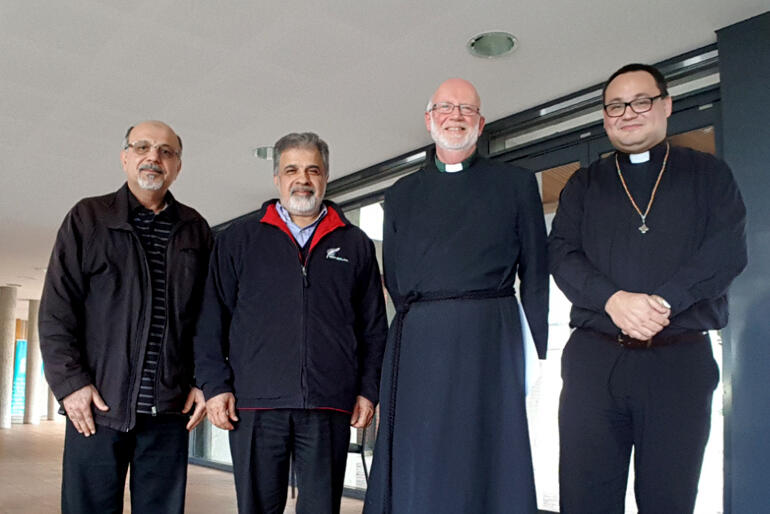 “We need more examples of initiatives like this,” said Mr Goff, “This city needs all of us to work on building more humane, generous-spirited and kind communities.”

About 200 Shia Muslims attended the “Iftar” meal hosted at the Holy Trinity Cathedral hall by cathedral staff and 30 parish volunteers.

“Sharing Iftar meals brings communities together during Ramadan, so that people can break their daytime fast as a community after night falls,” said event organiser the Rev Bruce Keeley, who planned the Iftar in conjunction with  co-priest in charge at Holy Trinity, Rev Diane Miller-Keely and Holy Trinity’s precentor, Rev Ivica Gregurec.

“In the light of terror like we have seen in Kabul, Manchester and London recently, it is important that we meet together to defy stereotypes of each other,” said Rev Bruce, who is a founding member of Auckland’s Shia Muslim–Christian Council.

The cathedral event mirrored the usual Iftar pattern held in mosques: welcome, call to prayer, breaking of the fast with dates and sweet tea, evening prayer, then a meal – in this case provided and served by cathedral people, with meat and rice cooked by three Shia communities.

In many countries where Muslims and Christians live in close quarters, Christians regularly invite their neighbours to Iftar meals.

Earlier this year, the Tikanga Pakeha Ecumenical group asked New Zealand Anglicans to actively make friends with their Muslim neighbours by hosting an Iftar in Ramadan 2017.

The idea arose in response to recommendations from a global agreement on Christian relations with other religious groups, known as ‘Christian Witness in a Multi-Religious World.’

On Queen’s Birthday Monday, cathedral hosts welcomed visitors from six of Auckland’s Shia Muslim Centres from an hour before sunset, beginning with guided walks around the cathedral. While many enjoyed the cathedral’s peaceful atmosphere, some were moved to tears,

“A lot of people were struck by the beauty of the cathedral,” said Rev Ivica, “but for others, their emotion was as much about the unexpectedness of the welcome, and the hospitality they were receiving.”

Dr Sajjad Haider Naqvi from the Shia Muslim community said many found it a wonderful event and a much needed one.

Cathedral parishioner Margaret Malan was a kitchen worker for the Iftar, but she didn’t miss the significance of what was going on.

“This evening I have received more than I have given,” she said.

“We need to stand together in this hard time, in the face of evil terrors against humanity in different places of the world.” said another Shia Muslim guest, Mr Syed Abid Jafery,

“This was a very good example of our unity and strength.”