Bishop Victoria Matthews is commending a scheme by Sir Miles Warren as a possible way to break the deadlock over the city's ravaged cathedral. 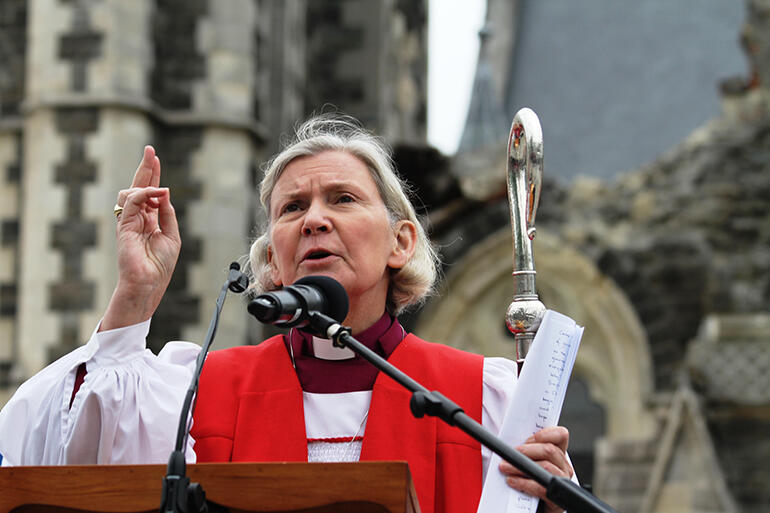 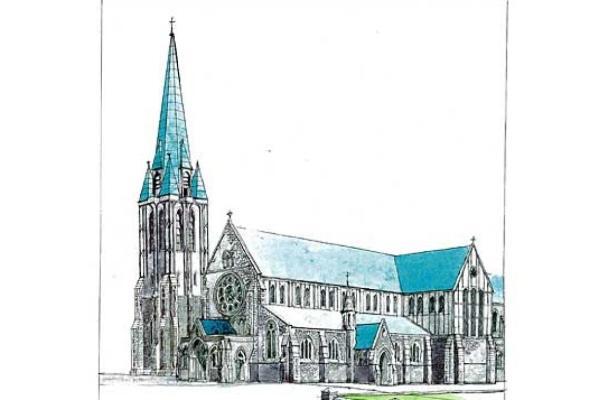 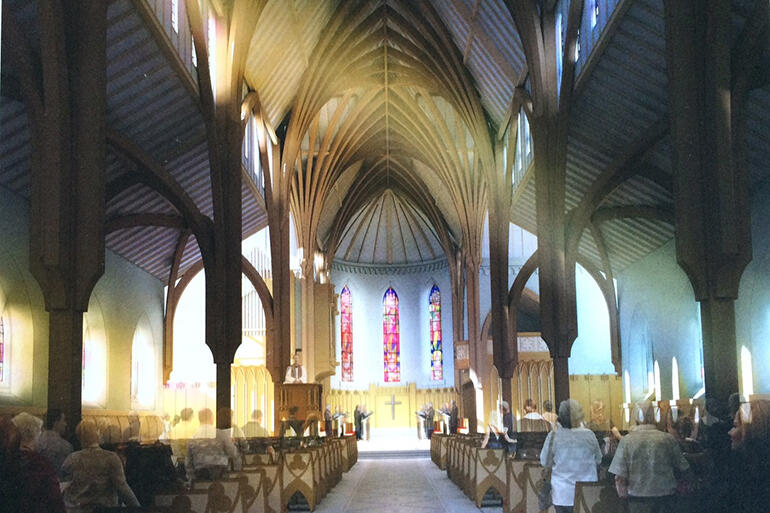 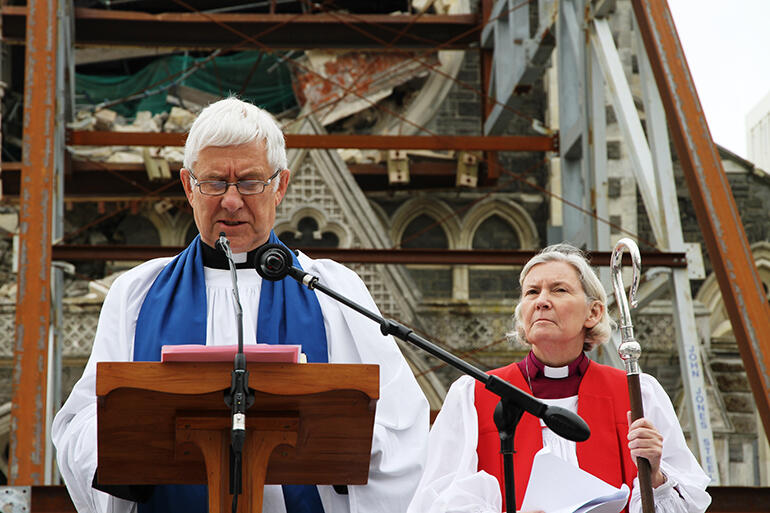 Bishop Victoria Matthews has encouraged her diocese to consider a scheme by Sir Miles Warren to rebuild the Cathedral in the Square.

Bishop Victoria has drawn the attention of her diocese to the lead story in today’s edition of The Press – which confirms that the Diocese of Christchurch has been talking again with Sir Miles about his restoration scheme, as a way of breaking the four-year legal deadlock over the future of the ruined cathedral.

Two years ago Sir Miles, who is the city’s most celebrated architect, had proposed that the iconic cathedral be rebuilt in lightweight modern materials – with a rebuilt, earthquake-strengthened stone base (to window sill height), wooden walls above that, and a copper-clad roof and spire.

In essence, Sir Miles’ scheme – which he had first proposed in late 2012 – is back on the table again.

Christchurch’s Church Property Trustees began talking with him again last December, as a way of seeking a compromise that might break the deadlock.

In an email broadcast this morning, Bishop Victoria commends The Press story, and a video clip of Sir Miles talking about his scheme, to her diocese “for your consideration.”

“The Church Property Trustees,” she wrote, “have not made a commitment to this or any other design for the Cathedral at this stage, so we are eager to know what people’s thoughts are.”

The Press story says the Warren option would cost about $35 million and take three years to complete – though the Church Property Trustees estimate that when the costs of demolition and escalation are taken into account, the costs of the Warren scheme would be about the same as building a new cathedral from scratch.

In May 2013, Sir Miles had said that one of the “valid criticisms” of the ruined stone cathedral was that the congregation in the side aisles “was visually and acoustically separated from the nave by large, closely-spaced stone columns and arches.”

Bishop Victoria has today pointed out that the sight-lines in the cathedral envisaged by Sir Miles would be much better – because the stone columns would be replaced by fewer slender wooden columns – and the floor would be on one level.

The way it was supposed to be?

“The ability to re-arrange the chairs in the Transitional Cathedral,” she wrote this morning “has convinced us that multiple seating options are essential for new builds and re-builds...  It is also worth noting that (by) using new materials, the weight of the Cathedral would be less than a tenth of what the Cathedral in the Square weighed.”

Ironically, Sir Miles’ vision for the cathedral is to rebuild as it was supposed to be, but never was.

When he was commissioned to design the cathedral in 1858, George Gilbert Scott had proposed that it should be built in wood – as  Auckland’s St Mary’s pro-cathedral and Wellington’s Old St Paul’s were.

But Scott’s first design was vetoed by church authorities, who insisted that the entire building be built in stone.