The Christchurch diocesan synod has engaged in robust debate over the future of ChristChurch Cathedral in the Square through yesterday and this morning. The synod is scheduled to hold its first vote on the Cathedral just after midday today. 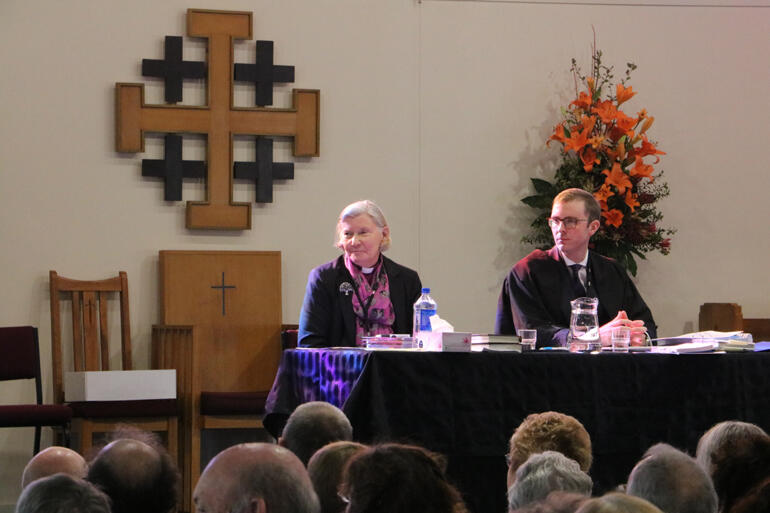 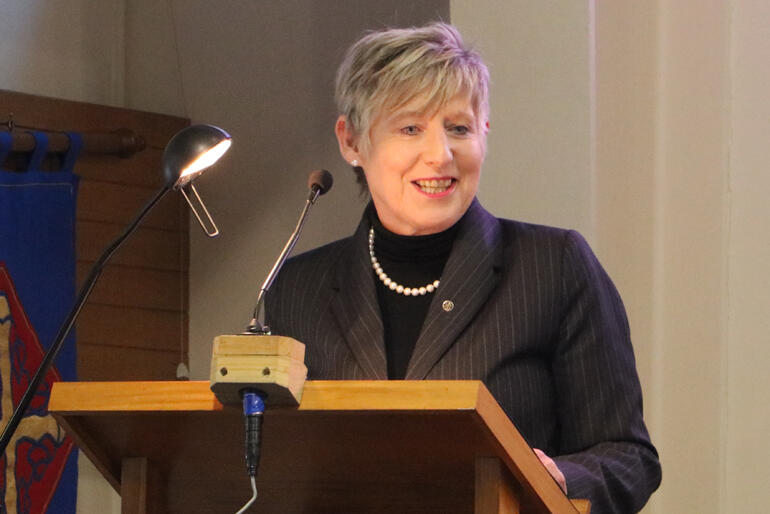 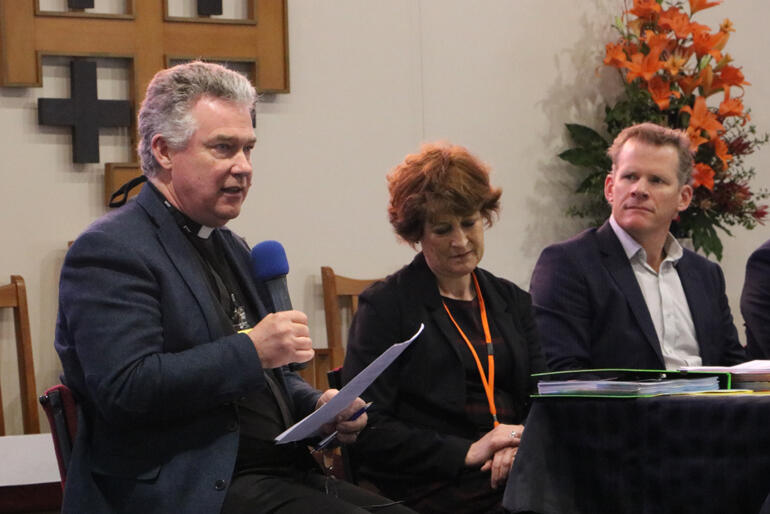 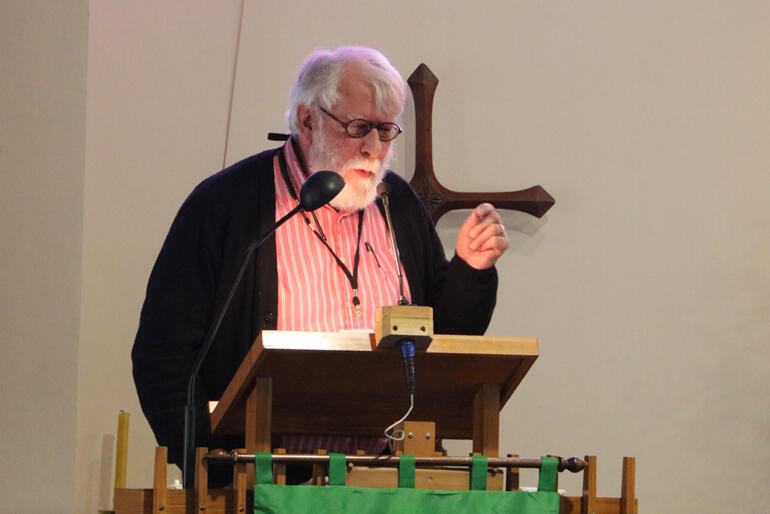 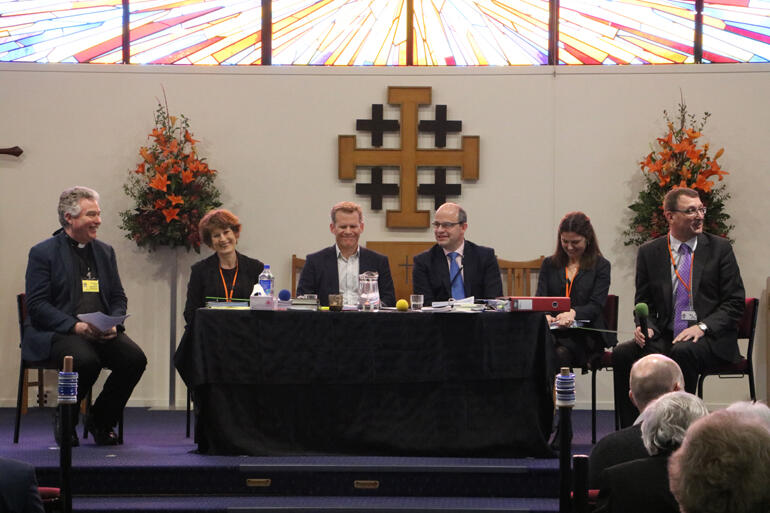 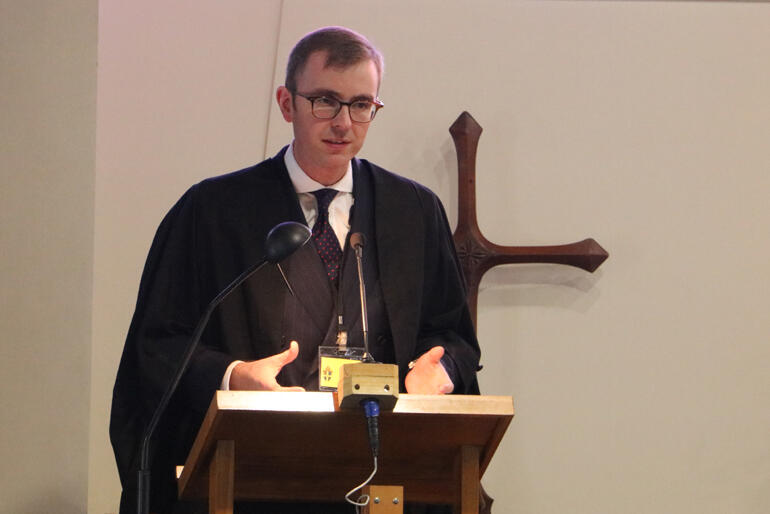 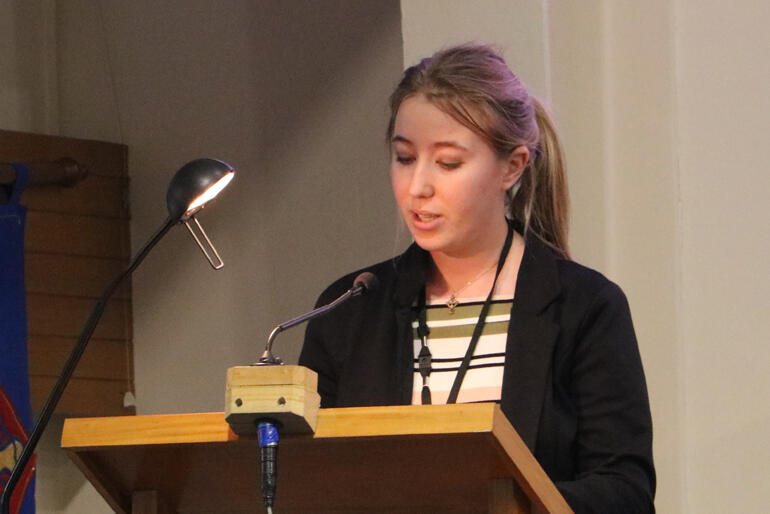 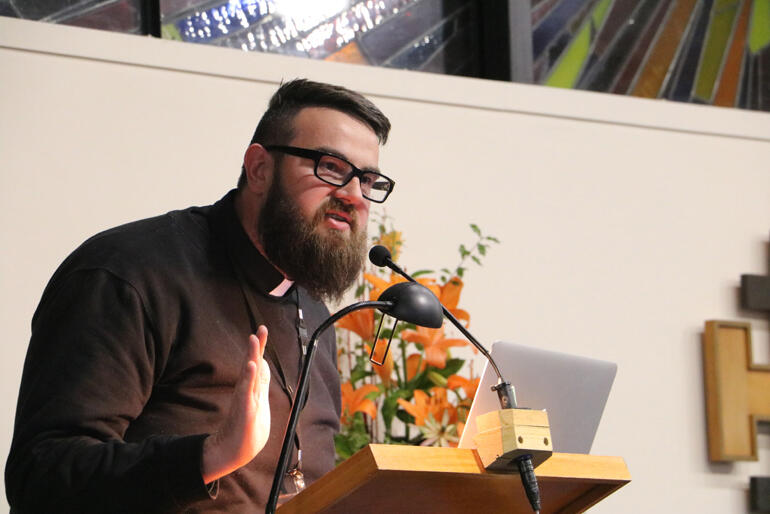 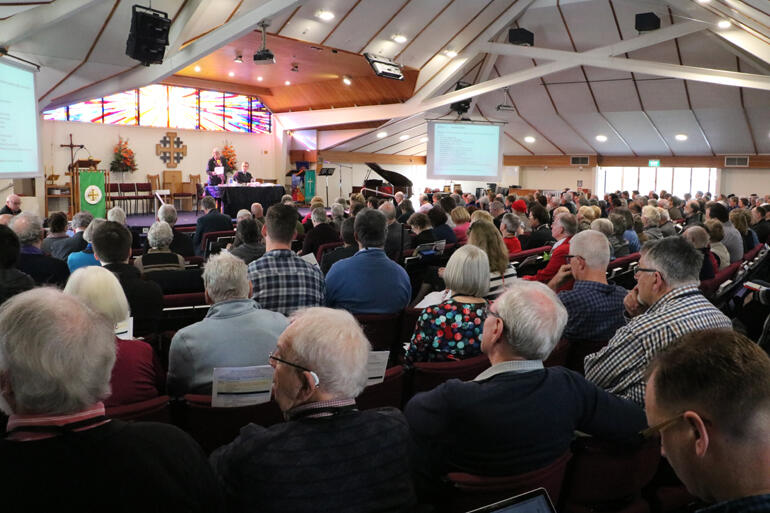 The Christchurch Diocesan synod continued in robust debate on the future options for ChristChurch Cathedral this morning after all options seeing strong support on Friday.

Meeting at St Christopher’s Church in Avonhead yesterday (September 8) , many synod members stood to speak in support of options A and B: to reinstate or replace the Cathedral in the Square, while some advocated Option C – giving the building away.

Speaking to synod during the morning, both Christchurch Regeneration Minister Nicky Wagner, and Mayor of Christchurch Lianne Dalziel advocated the reinstatement option put together in 2016 by the Cathedral Working Group.

Lianne Dalziel said it was vital for Christchurch city to retain what heritage it could, given the significance of all that it has lost.

“Christchurch Cathedral is the most important building in that regard,” she told synod. “It is literally the heart and soul of our city.”

Dalziel warned synod members of the legal challenges and resource consent delays that CPT would face if choosing Option B -  to demolish the historic cathedral and build to a new design, which she thought could stall a contemporary build for up to six years.

“But there is one thing that is absolutely certain once you enter this environment, and that is uncertainty.

“Until all appeals are exhausted, there is no certainty.”

Minister Nicky Wagner (whose son was a cathedral chorister), believed accepting the Government’s offer to assist reinstatement would put the church back at the beating heart of Christchurch’s regeneration story.

She confirmed that the ChristChurch Cathedral reinstatement proposal had ‘unheard of’ cross-party support in Parliament, which meant the $25 million offer was not under threat from future changes of Government.

“My prayer today is that we can all come together and reach a joyous, unanimous decision." she said.

Dean Lawrence Kimberley opened the next session with a refresher on the purpose of a cathedral: highlighting its roles as a house of prayer; a broad tent that welcomed all; a site where the church built relationship with city and nation; a place for mission outreach, education, social connection, social services and advocacy and as a supporter of the arts.

“And a cathedral is a place where people come to encounter God, to gain a glimpse of heaven,” he said.

And that was exactly what was envisaged by the founders of Christchurch, said Lawrence – that the cathedral would be a sign of God’s Kingdom right in the heart of the city.

Church Property Trust Manager Gavin Holley introduced a panel of the Trust’s experts who were ready to answer questions in engineering, finance, quantity surveying or law related to each option.

Bishop David Coles queried CPT engineer Richard Seville from Holmes Consulting on how safe a reinstated stone cathedral would be. CPT would aim to reduce the building’s seismic load using base isolation, said Richard Seville, and would aim for 100% of the building code, setting a lowest acceptable target at 67%.

“Is it reasonable to be left with an open-ended liability?” he asked synod,

“We may get to a point in the reinstatement when we discover it is not possible to make the building safe?

“As our experts have confirmed today, that we cannot know the full extent of what’s required until more work is done.”

Diocesan Chancellor Jeremy Johnson reassured synod that the Church’s financial liability is capped: but as the owner of the building, the Church was responsible for any unforeseen delays that may arise down the road.

This morning synod passed a motion proposed by Jeremy Johnson which amended Option A to limit CPT’s financial contribution to the building’s insurance proceeds.

In response to questions about timing delays, Gavin Holley set out the CPT’s projected timelines for options A and B, which included negotiations, resource consent and legal delays for both paths and bringing the reinstatement to between 7 -10 years, and the new build to 8.5 years.

Steve Wakefield from the Church Property Trustees implored synod to accept the Government and City Council offers which in his view were both generous and genuine. Several speakers spoke in support of Option A yesterday, including former parishioners and youth delegate Jessica Lee who was ten years old when the cathedral walls fell.

Many disagreed with option A, taking the podium to argue for a new Cathedral in the Square.

Rev Glenda Hicks of Belfast-Redwood parish advocated for Option B, because a new building wouldn’t rely on resources from Government, city or church beyond the $42 million insurance payout.

“I do not believe that spending over $100 million on a restored, earthquake-strengthened stone building, plus at least $500K per annum on insurance, heating and ongoing maintenance costs, would be in tune with the values of the Kingdom of God,” she said.

“I would ask our mayor, for example, how much low cost housing would the Council’s proposed contribution of $10 million provide? ”

“In my work as a nurse, I hear a lot of people’s views, and most people support the idea of something new for the city’s future,” she said.

Rev David Farmer from Lincoln on synod to be bold and have faith to move into the unknown with a new build, confident in success stories like the new chapel at St Andrew’s College.

Rev Spanky Moore told synod he believes only a new cathedral would represent and serve Anglicans in this place  - “the Cathedral was built as a central icon towards a vision of an Anglican England down under.”

“But how much longer do we want to be seen and treated by the city and state as a memorial of our colonial past – and as the quaint embassy of England?

“Our buildings say a huge amount about who we are and what we value. And I think today it’s time we imagined what a truly New Zealand Anglican Church might look like here in Aotearoa.

“The rest of our City is being rebuilt to enable our future generations to flourish.

“Why should our Church be the only organisation paid off to remain bound by the past?”

Rev Craig Dixon took one step further from the Cathedral in the Square.

Craig, whose quick post-quake response led to the Transitional Cathedral’s design and construction –put the case for Option C: gifting the historic cathedral to the people of New Zealand.

“While our church attendances are declining, our net assets are growing.”

“We need to let go of the past and creatively recover our ministry to focus on mission, and stop spending money on buildings.”

Shortly before the Cathedral debate ended last night, Ken Fletcher from Oxford-Cust presented an amendment to Option B, and it was passed which now means Option B directs CPT to retain whatever it can from the original cathedral while proceeding to the new.

The project shall reuse such items, characteristics and features desirable, practical and appropriate to retain a link to the past on which we stand as we grow into the future

This morning the debate continued, with strong arguments in favour of restoration beginning the day.

“It was built when we were a colony, but it is no longer a colonial building.

“It is a link to the European inheritance of our faith, a link we continue to call on to draw inspiration from in our living ministry and mission through overseas leaders, speakers, and thinkers.

“What did Maori in Otaki do when Rangiatea burnt down?

“They knew it’s value, and they rebuilt it as an exact replica. Let’s look to their example. ”

The first vote by ballot will take place in closed synod at 12.15pm today (Saturday). That will be a straight vote for each synod members’ most preferred option. If that vote fails to produce an absolute majority of 50% plus one, a second vote will be held on the least preferred option, to eliminate one of the three options.

Then the remaining two options will be voted on, until an absolute majority results. At that point synod will confirm the decision by the usual process in the three houses of laity, clergy and bishops.