A very Kiwi sort of heroism

Cathedral Square echoes to hymns of hope and praise as 500 people celebrate Eucharist in bright sunshine – a pleasant change from shrilling sirens and the rumble of falling masonry.

• Ten of the most graphic quake images

• Archbishop David sits with the survivors

• The Press coverage of outdoor service 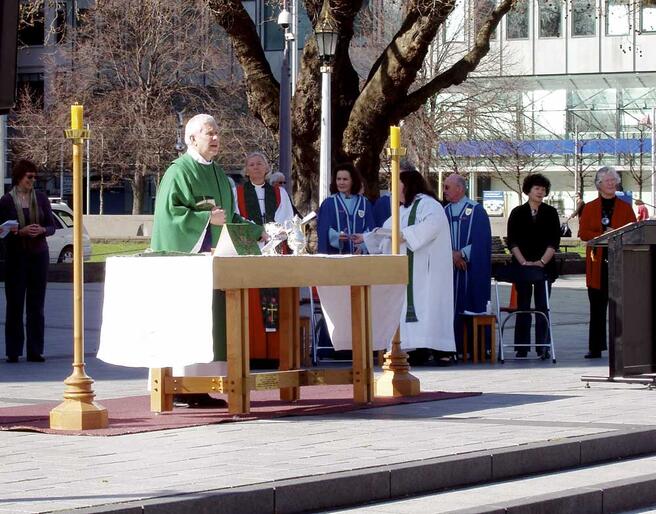 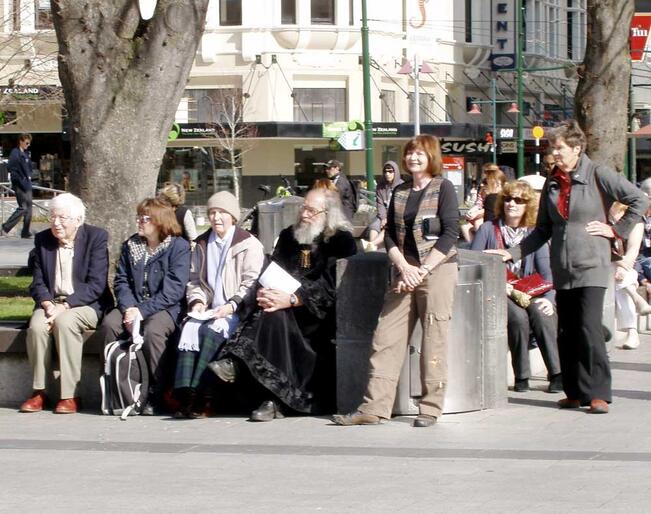 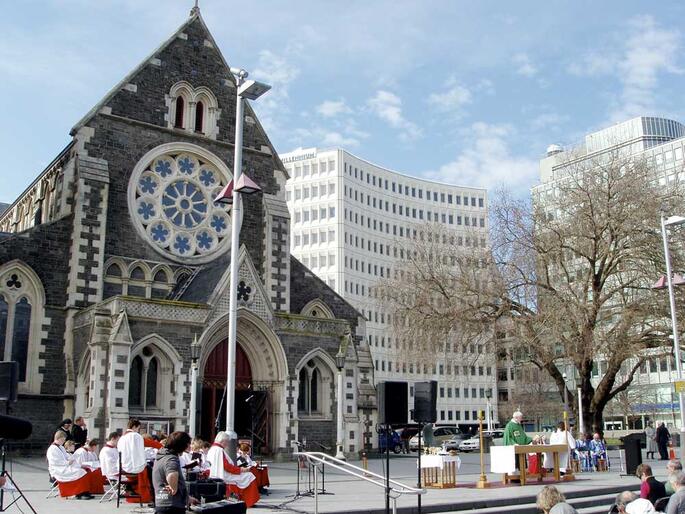 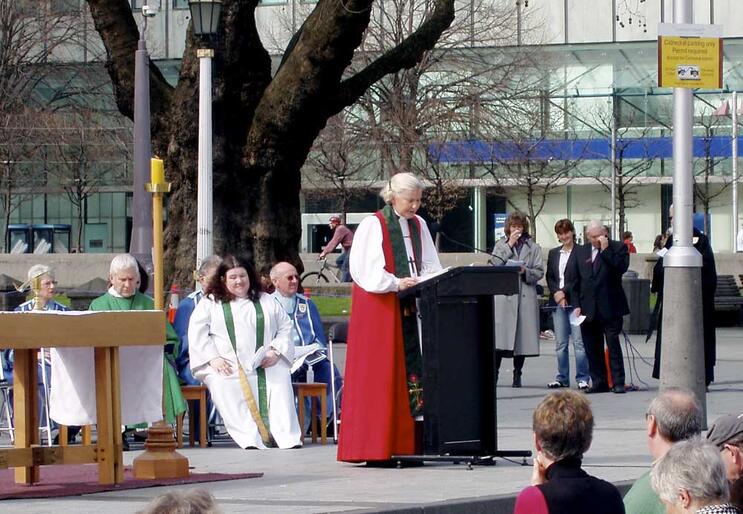 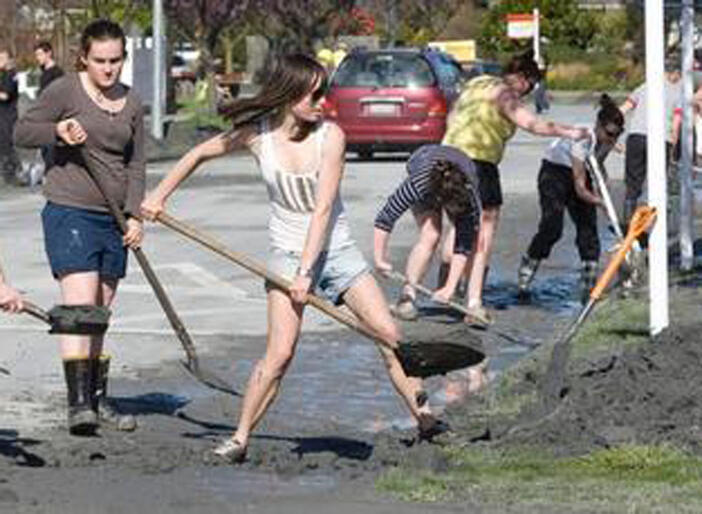 Cathedral Square echoed to hymns of hope and praise this morning as 500 people celebrated Eucharist in bright sunshine. It was a very pleasant change from shrilling sirens and the rumble of falling masonry.

Dean Peter Beck is no Pavarotti but he sang the Great Thanksgiving without hint of a wobble.

Theologian Lynda Patterson preached on "a very Kiwi form of heroism," and Bishop Victoria Matthews exhorted the faithful to proclaim “a message of gratitude and hope in the midst of the disorientation and dismay.”

There’s a verse in the Book of Lamentations that says it all: “New every morning is the Father’s love…”

And, indeed, it did feel as though a week-long cloud of fear and dread had finally lifted to reveal the face of a God who’d actually been there all along.

The cassocks and surplices of Cathedral Choir, resplendent against the soaring stone icon, offered a typically Anglican aplomb to the city centre.

And though the old post office clock was still stuck at 4.26am – quake time – most of the congregation were focussed on the timeless mystery unfolding on the altar up front.

In the front row was Mayor Bob Parker, still kitted for action in his yellow-tagged jacket. And bringing up the rear was the Wizard of Christchurch, offering mute testimony to his C of E sympathies.

Not that he was ready to yield all spiritual authority: “There was no loss of life because Christchurch has a Wizard,” he said, eyes sparkling with mischief. “It’s logical.”

“In the language of insurance policies, the Canterbury quake was ‘an act of God’,” she said. “And I suppose that’s true for some people, who see God micro-managing every single thing that happens, like a paranoid stage director…

“We have a God who believes in new life, life in all its fullness. We don’t avert our eyes when things go wrong in the world, or whistle cheerfully and pretend that nothing’s happened.

“We front up to the suffering all around us … and do what we can to support those hurting most, without pretence or illusion.”

Appropriately, the refrain throughout the service was a line from Psalm 46: “God is our refuge and strength, a very present help in trouble.”

And the hymns? "May the Love of God Enfold Us", "The Lord's My Shepherd" and "All My Hope on God is Founded."

From a distance, it looked for all the world like an annual church picnic: children in strollers, dogs frolicking, young and old soaking up the springtime sun.

Even the Dean’s closing notice was straight from the village green:  “You’re welcome to join us for a cup of tea,” he said.

In such ordinary ways are ordinary heroes acknowledged and nourished.

Cathedral ‘on hold’ during aftershocks

The service had to be held outdoors because the Cathedral is closed until the risk of aftershocks eases. This could take several weeks.

In the meantime, the Cathedral Visitors’ Centre has been reorganised into an open space, where people may come for coffee, chat, and prayers on the hour.

Engineers examined the stonework on Friday and confirmed the building is in very good condition.

But with ongoing aftershocks there’s still the risk of falling debris through fretting of stone, they said. "This is not an indication of severe structural risk but does represent a hazard to the public.”

In a press statement Dean Peter said: “It will take more than an earthquake to bring Christchurch down.

"Here at the Cathedral we will have priests on duty from 9.30am to 5pm each day. Our boardroom has been converted into a simple chapel and we will continue with our regular daily communion service there on weekdays at 12.05.

“We are still working on arrangements for our regular Sunday services and the special services planned for the next few weeks.”

When the aftershocks subside, engineers will make another detailed examination.

“The Cathedral ... has no significant damage or deterioration,” the engineers say in their latest report.

“We expect the people of Christchurch to enjoy full use of the Cathedral again in the future.”