The Venerable Richard Wallace is ordained at Onuku Marae, a scene of pivotal Kāi Tahu events, and personal events.
• Stepping out of the boat - Saturday's sermon 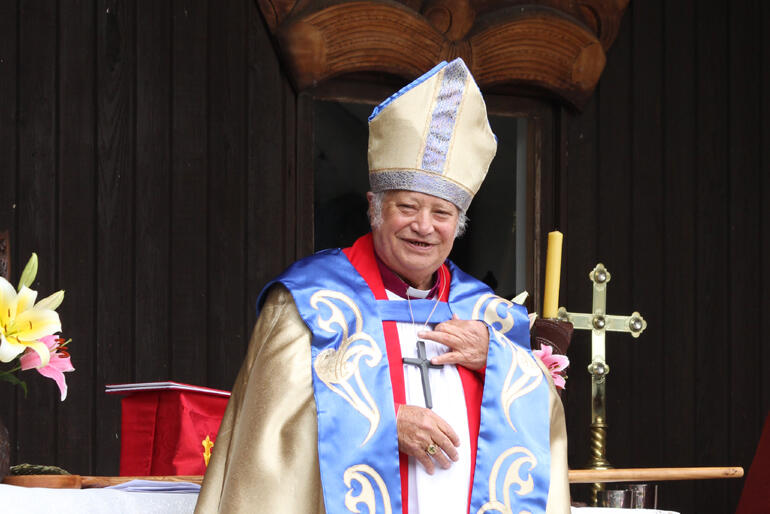 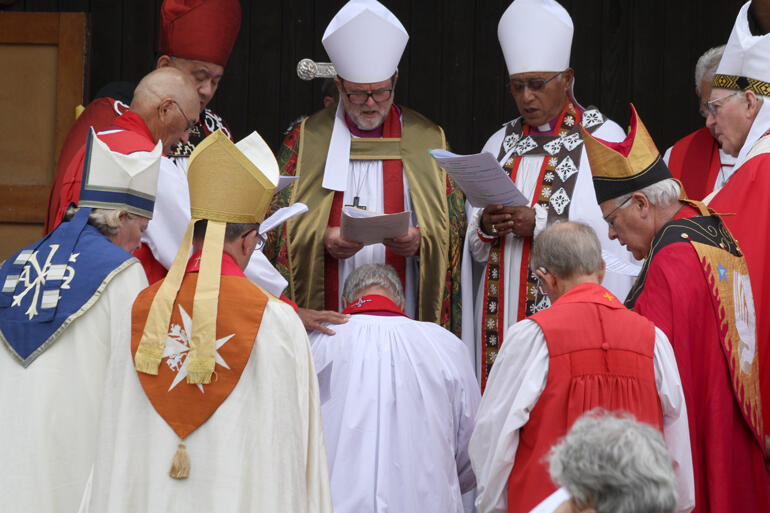 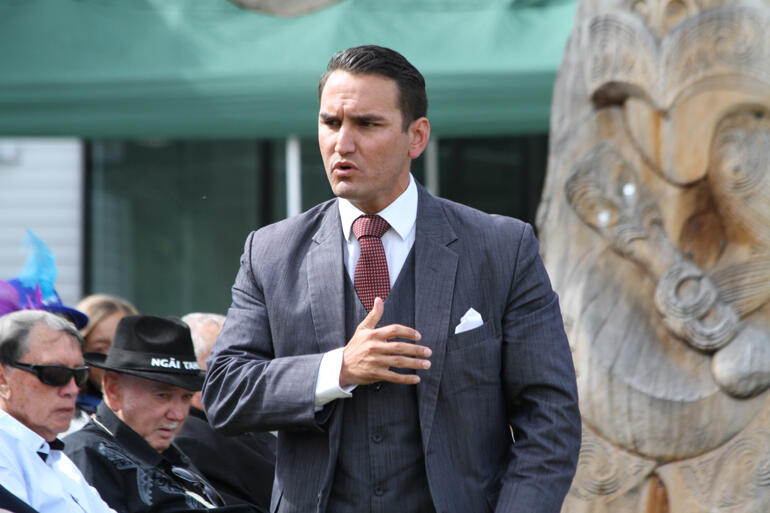 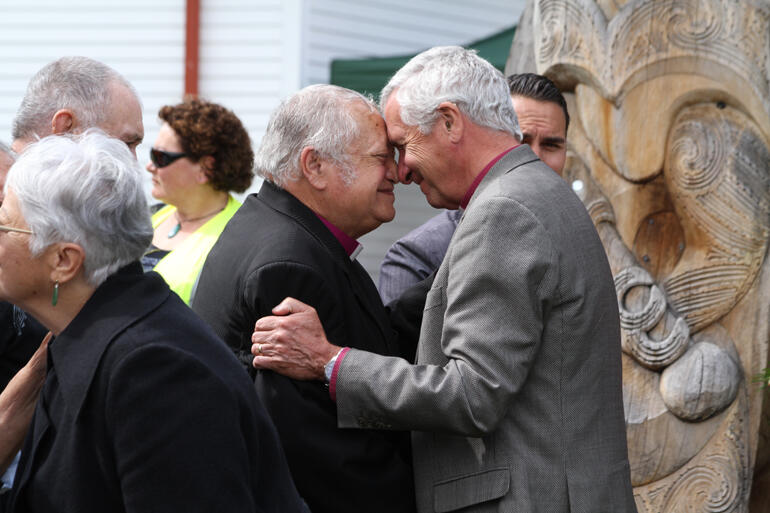 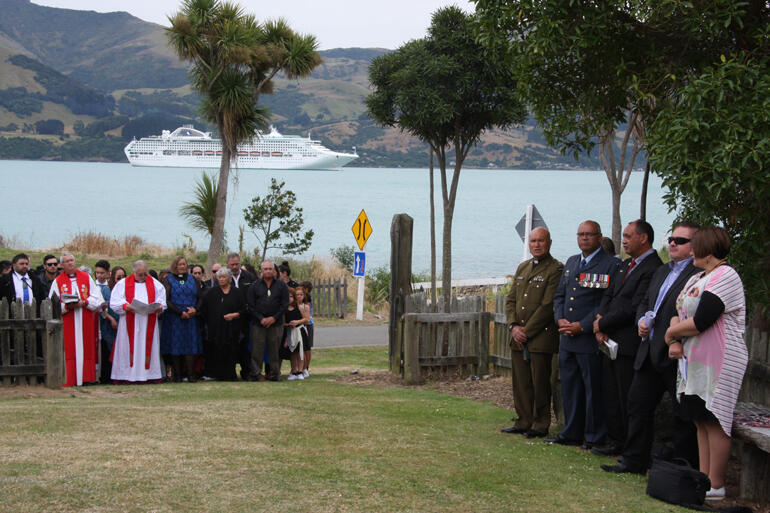 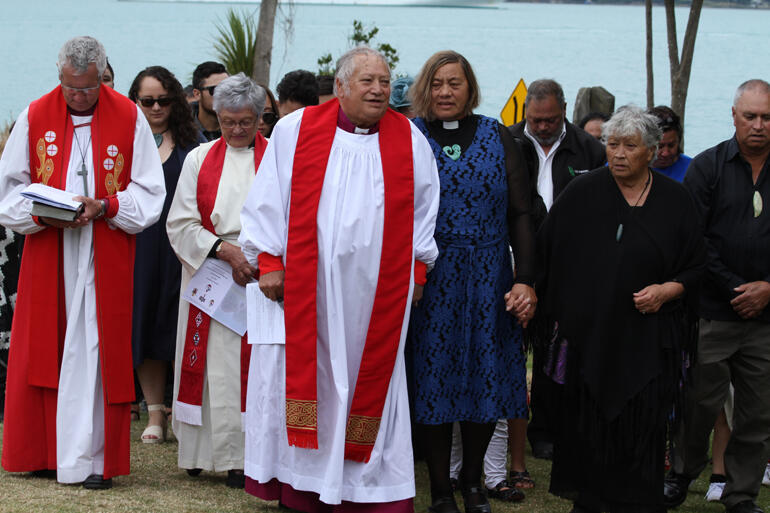 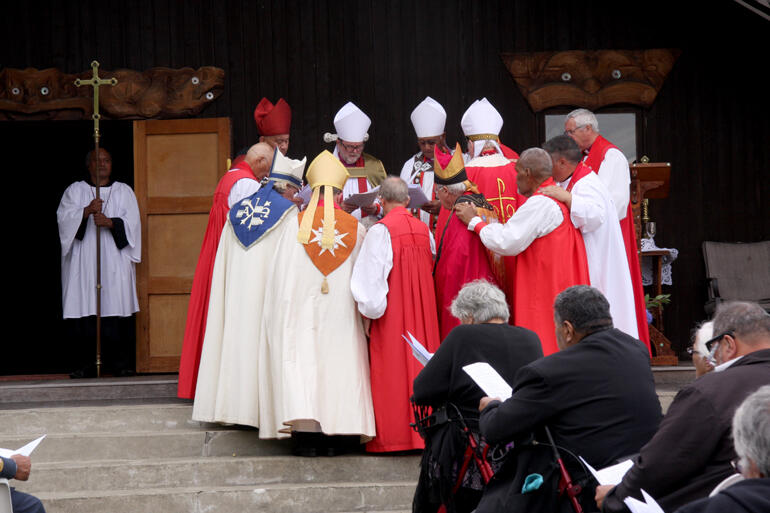 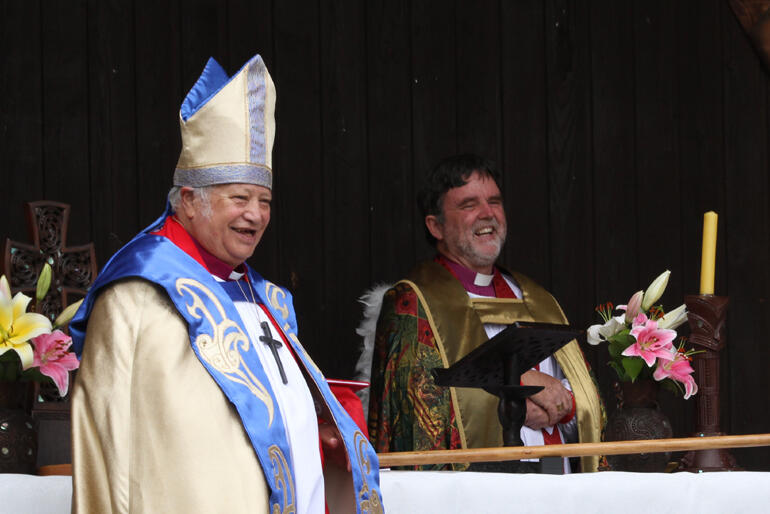 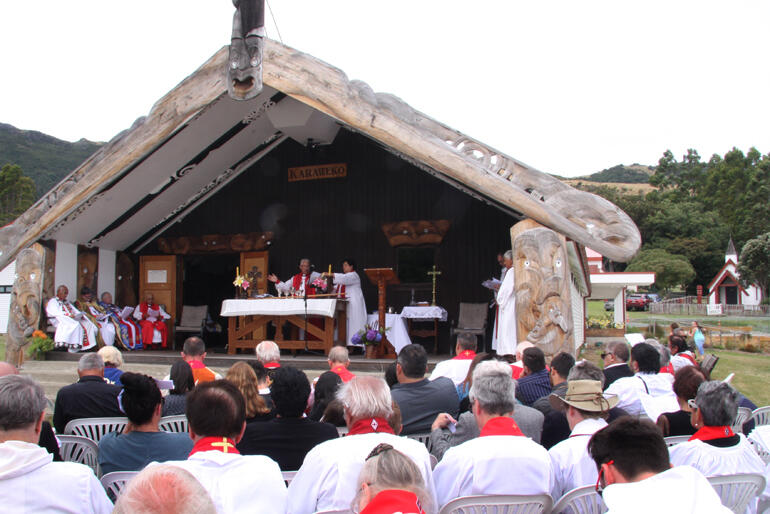 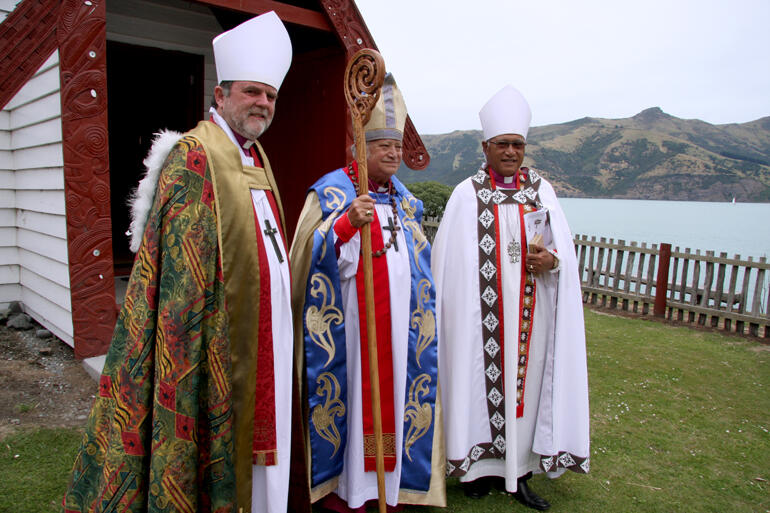 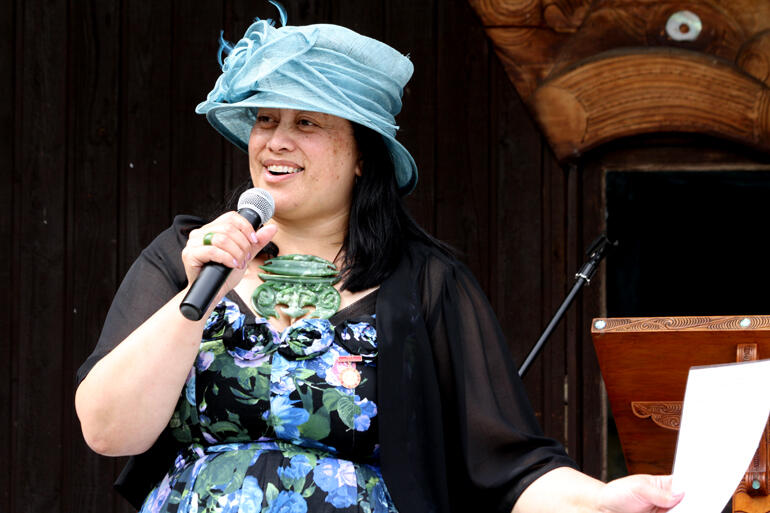 About 400 well-wishers made the trek out to OnukuMarae yesterday to witness the ordination of Bishop Richard Wallace who, last October, was elected as the new Bishop of Te Wai Pounamu.

Onuku,which is near the heads of the Akaroa Harbour, is one of the most significant Kāi Tahu marae[1], and Bishop Richard, who was baptised at the tiny marae church in 1945, will become the first Kāi Tahu bishop of Te Wai Pounamu[2].

It’s clear, too, that he has real credibility with the people from this part of the world.

The Te Tai Tonga MP is a Ratana man – his dad was a Ratana minister – but where Richard Wallace is concerned, he’s convinced.

“I have known Richard and his whanau forever,” he said. “Everywhere I go I see them – and that’s what it’s all about in Te Ao Maori:connections to people and places. Richard and his wife Mere have the whole island covered. This is a very proud day.”

Some 30-odd years ago Puamiria had been at Te Wai Pounamu Maori Girls College with Richard and Mere’s daughters Susan and Angela.

Puamiria’s known the Wallace whanau forever, and “to see that potae(hat) going on his head today was very special”.

The preacher at yesterday’s service was Bishop Richard Ellena.

He’d also led the pre-ordination retreat, and he began by speaking of his own family’s connections to Akaroa.

He’d spent much of his childhood in those parts, he said. As a youngster he’d learned to row on Akaroa Harbour and that’s when he’d also learned “what it is to be caught in a southerly change in the middle of the harbour.”

That was his intro to the sermon he preached on Matthew 14:22-33, which was the day’s gospel reading.

It’s the story of Jesus walking on the water, and Peter stepping out of the boat to meet him.

Stepping out of the boat was stupidity, said Bishop Richard – “but that’s where Jesus was, and is – outside the boat.

“Rihari, one of your biggest frustrations will be the time spent insidethe boat – dealing with, and maintaining, an institution that can suck the spiritual life out of us.
“When all the time Jesus is inviting us to trust him and to walk on the water outside the security of the boat.”

The irony came when Peter began to sink: Because Jesus, having bid Peter to come outof the boat, saved him intothe boat.

“The boat was Jesus’ idea. Remember right back at the very beginning of the passage: ‘Jesus made the disciples get into the boat and go ahead of him’?

“It was the same boat – but something had changed within the boat, due to the presence of Jesus…”

In the moments of silence as the bishop-to-be knelt on the steps of Karaweko,the wharenui at Onuku on whose mahau,or porch, he was about to be ordained, it was hard to mistake the specialness of the moment, and of the place.

Onuku is a stone’s throw from the edge of Akaroa Harbour – where, mid-harbour, two cruise ships stood at anchor.

Onuku also nestles beneath a korowai of high peaks, including Oteauheke,the maunga which overlooks Onuku, which the Kāi Tarewa people name in their pepiha, and from whose flanks streams flow down to Onuku.

The lower bush-clad hills fringing the marae are often shrouded in mist, and at the time of silence before the ordination, a wisp of mist came down and a 1000-strong chorus of tui and korimako seemed to sing their praises to their maker...

While on the other side of the harbour Tuhiraka,the mountain of Rakaihautu – in Kāi Tahu tradition, he was the first ancestor of the Waitaha people – stood vigil.

And it’s Rakaihautu iwi Maori celebrate when they speak of the harbour and its surrounding hills.

The place is not prosaic ‘Banks Peninsula’ to them. It’s Te Pataka o Rakaihautu: The storehouse of Rakaihautu.

"Bring the whole tithe into the storehouse, that there may be food in my house. Test me in this," says the LORD Almighty, "and see if I will not throw open the floodgates of heaven and pour out so much blessing that there will not be room enough to store it." (Malachi 3:10).

After the ordination the people brought gifts – the stole, the ring, the pectoral cross, the crozier and cope and mitre, etc.

When it came to the Diocese of Polynesia's turn – people loved their Pasifika-themed chasuble and stoles – Archbishop Winston Halapua reflected on the mysteries of “life and death”.

“Last Saturday,” he said, “we were at the tangi of Archbishop Brown Turei.

“This Saturday, we are at this ordination.

“We celebrate a God who is awesome, alive and powerful.”

If you click here,you’ll catch a Taonga website story which points out landmarks in our new bishop’s life-story.

And if you go to the inside front cover of the latest edition of Taonga,the print magazine, you’ll read that Bishop Richard Wallace wants to bring others forward during his time of leadership.

“Rather than be a ‘be all’,” he’d said there, “I want to take a team approach to Te Waipounamu.’

Well, at Onuku you could see that he meant what he said. As he strolled up the rise to Onuku as bishop-elect he was, almost shyly, holding the hand of Mere, his lifelong sweetheart.

Two hours later, as he processed from the wharenui, the shyness had gone – there Bishop Richard was, holding his new crozier, with Mere, by his side, holding it too.

Partnership, it seems, will be the hallmark of this pihopa.

[1] Onukuis where the Treaty of Waitangi was first signed on Ngai Tahu soil, on May 30, 1840, and it’s where the Crown apologised in 1998 to Ngai Tahu for breaching that treaty.