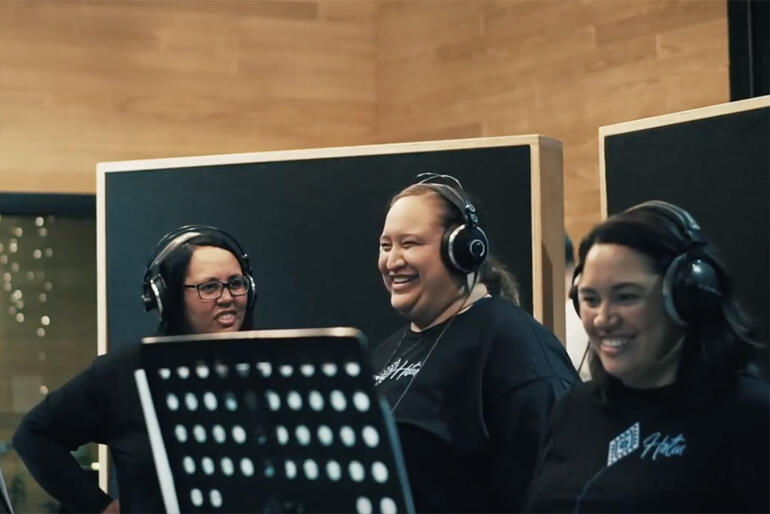 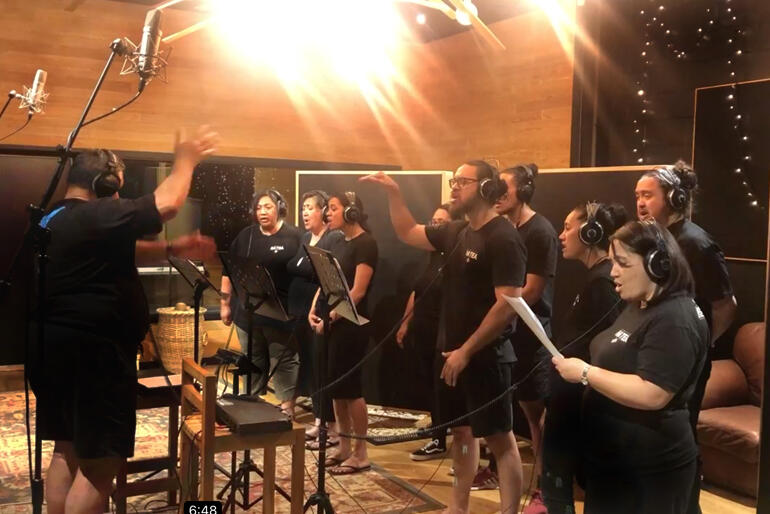 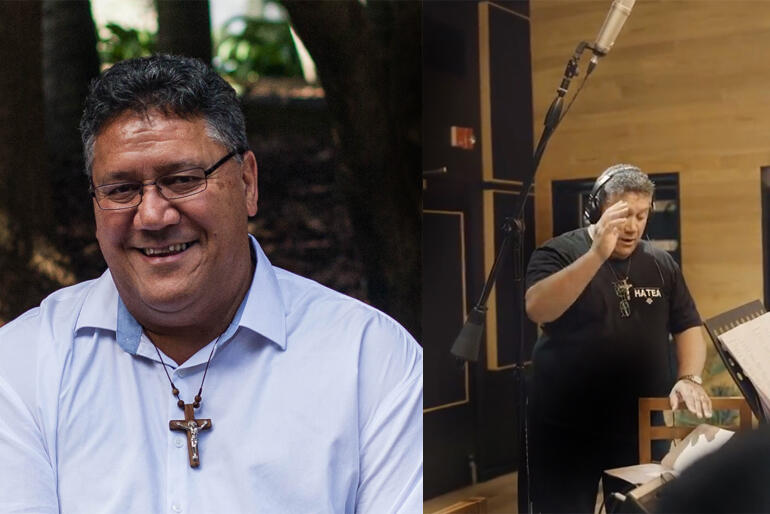 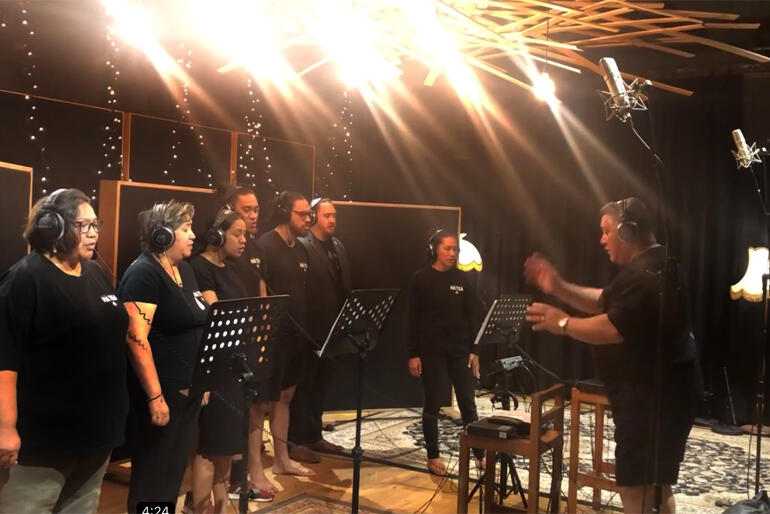 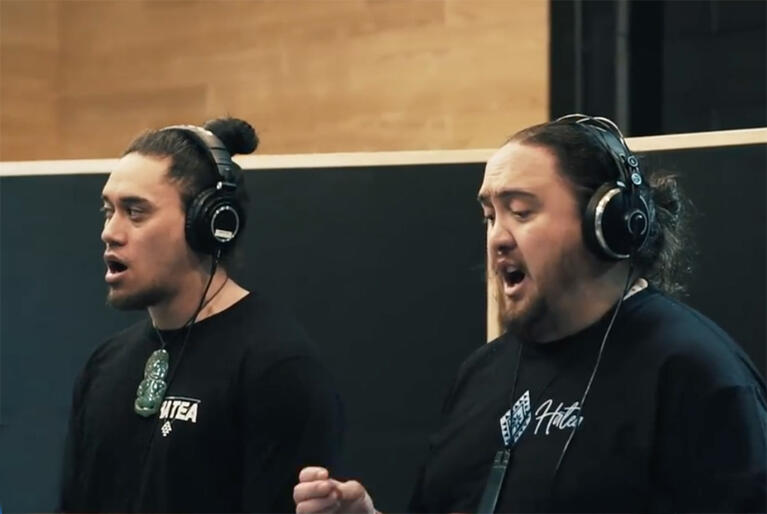 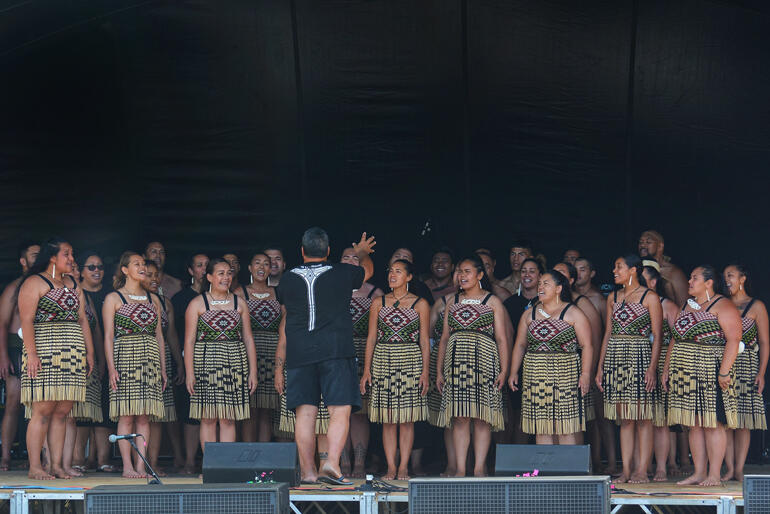 Te Pihopatanga o Te Tai Tokerau – the Māori Anglican Church in Auckland and Northland – has set out on an ambitious project to record a full set of himene(hymns) that Māori Anglicans have sung since they were published in the 1860 Māori medium Book of Common Prayer.

David Tapene, who is leading the 5-7 year project, has a long history with Kapa Haka and is a renowned* waiata tira(choral) composer, arranger and conductor. He serves as a Whāngarei-based kaiwhakamana (mission enabler) in Te Pihopatanga o Te Tai Tokerau.

During the 2020 lockdown, David was flooded with requests for himene recordings for whanau to use in online services. When he ran out of songs on file, he sat down with his guitar, keyboard and laptop to make new recordings at home.

“Some of those recordings in Level 4 were pretty rough, because I had to sing all the parts.” said David.

“But that made me think – we needed to properly record a quality version of these himene – to save them for future generations.”

When online services ended, David and Bishop Te Kitohi Pikaahu could see the value of the recordings for Māori churches to use for learning himene tunes and harmonies.

So with Ven Dr Lyndon Drake’s help they secured a St John’s College Trust Board Covid-19 lockdown funding grant for new digital projects and began recordings in the professional Parachute Recording Studio in Auckland in August 2020.

To date, David and members of Hatea Kapa Haka have recorded 23 himene on 161 tracks: that’s seven separate audio tracks per himene: one each for the soprano, alto, tenor and bass parts, another in unison, another instrumental and a combined mixed track as well as a simple video of the singers in the studio. Already a Hatea tutor, David invited them to record with him using his familiar style of teaching and singing in parts.

Once the project website comes online, these himene recordings will be available for church use, along with background details from David’s research into their translation, source scripture, related themes, connections with the church calendar, musical scores, Tonic Solfa scripts, guitar chords and metrical index.

As a composer and arranger himself, David hopes to fill in the gaps where no musical score exists for a well-known tune, relying on his own knowledge and korero with kaumatua (consulting elders).

As well as a resource for learners and preserving the himene, David says there’s another practical use for the recordings.

“Sometimes at services in remote marae or churches, you will start a himene on the guitar and then end up singing it by yourself.”

“With these recordings downloaded onto your cell phone, you could bring your UE Boom [portable speaker] with you and have an instant choir wherever you are, for people to sing along with.”

Another exciting, and somewhat unexpected aspect of the himene project is its value as an oral history, says David. The himene serve as a record of translations into a 19th century Māori worldview and language (specifically into Te Reo Tawhito o Ngapuhi) but also the history of the himene usage and adaptation.

“It must have been quite strange for our tupuna (ancestors) to listen to the English songs at first - the sounds would have been quite uncomfortable to their ears. But over time,  you can see a musical himene journey that occurred alongside the Christian faith journey of our people.”

“Some of these himene have many different tunes, which depend on which iwi or in which place they are sung. For example, himene 116 ‘E te Atua kua ruia nei...’ has at least six tunes that I know of, whether in its East Coast version, Northern version etc.”

“'Whakaria mai’ on the other hand, is best known by the tune Howard Morrison sang for Queen Elizabeth II’s visit in 1983, but that is only the final verse of himene 10 from the Māori himene book – sung to a different tune. It’s not traditional at all.”

In some places, himene collected a specific social setting, such as one himene a particular whānau sings exclusively at tangi (Māori funerary events), whilst in other areas, it's sung readily at any occasion.

“All of these things are appearing as part of the research.... It’s fascinating and it tells a story of how our people took these songs and made them their own”

Hatea Kapa Haka singers who are working with David on the recordings are based out of Pehiaweri marae in Whangarei, and include four of David’s children and his niece. Hatea members who have joined the recording team to date include: sopranos: Pauline Hopa, Rowena Dunn, Te Amohaere Morehu, Tisina Pofaiva and Kerira Tapene; Altos: Marcia Hopa, Janet Harris, Erana Kake and Ani Tapene; Tenors: Otene Hopa, Lewis Tapene and Mike Steedman, and Basses: Joby Hopa, Tawhai Tapene and David Tapene Snr.

For a sneak preview of some of the himene recordings you can find them via link on the Pihopatanga o Te Tai Tokerau Facebook page.

*In 2019 Kapa Haka director David Tapene and Hatea Kapa Haka drew international acclaim for their performance of his arrangement of ‘Bohemian Rhapsody’ in te reo Māori in the Waiata Tira section of the national kapa haka festival ‘Te Matatini’.