Archbishop Brown Turei calls for the voice of laity to be heard at this year's Te Runanganui.
• Te Aute chair presents report 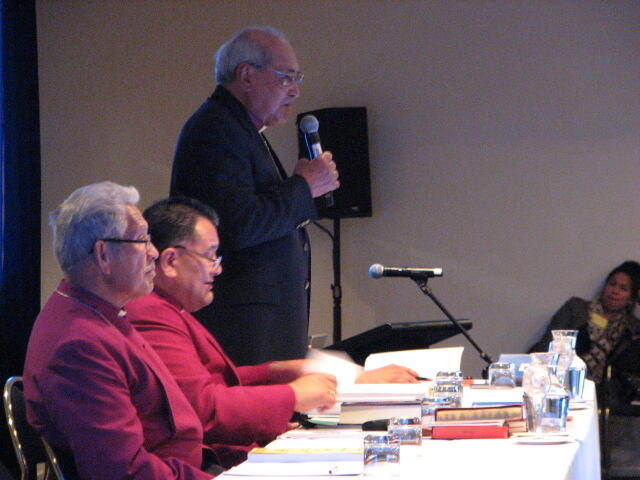 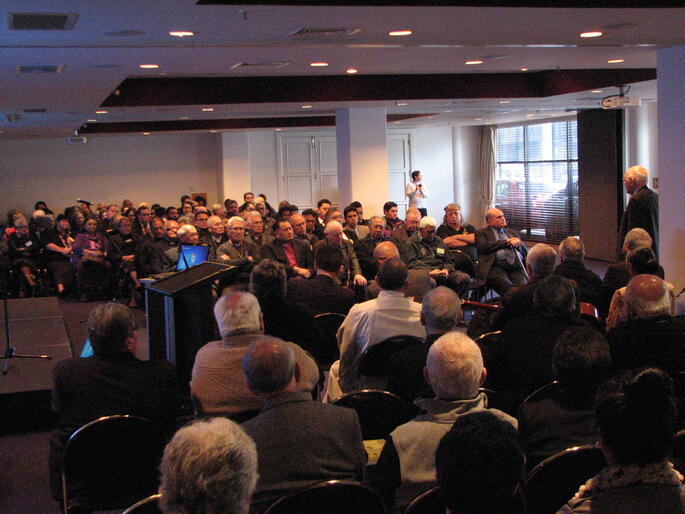 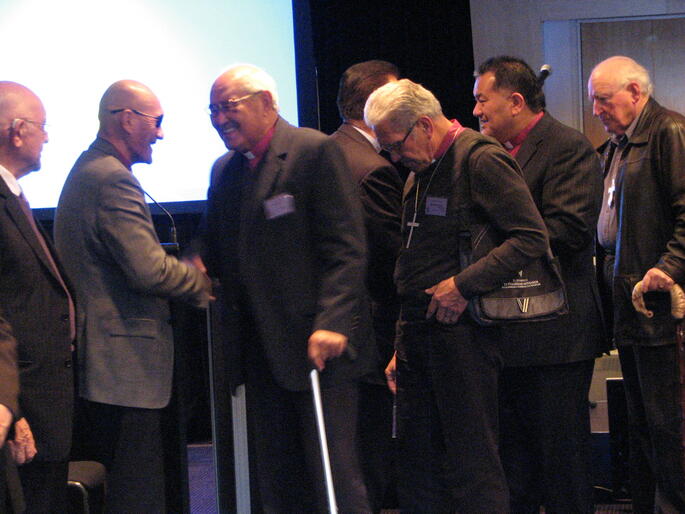 Te Pihopatanga Primate Archbishop Brown Turei commenced his address to Te Runanganui by welcoming and acknowledging all present and the congregations they represent stating “you are the true co-builders in the church with Christ, and I honour your faith and commitment to God.”

The Archbishop spoke of Christ’s ministry and mission in the world, recognising that not only clergy are called to serve God, but “it is time for laypeople to take their rightful place and help lead the church into the future.”  Archbishop Brown expressed his desire for the voice of laity to be heard at this conference.  “I want to hear from others in this house about their hopes and dreams for the future of Te Pihopatanga o Aotearoa (Maori Bishopric of New Zealand).  I believe that laity are the key to Te Pihopatanga o Aotearoa’s future success; we need your leadership, your skill, your faith, and your ability to empower the church’s mission to the world.”  The hope of the Archbishop is that every member of Te Runanganui (Maori Synod) will prayerfully and sincerely join in the discussions during the conference.

Bishop of Te Upoko o Te Ika, Rt. Reverend Muru Walters then addressed the conference outlining the significance of the publication titled “He Toenga Whatiwhatinga” (Fragmented Remains) which refers to John 6:12 “When they were filled, he said unto his disciples, Gather up the fragments that remain, that nothing will be lost”. The publication was released in 1983 and articulated the future for Te Pihopatanga as envisioned at that time.  The goal Bishop Muru said “is for this Te Runanganui to measure its progress against those early objectives, and that the achievement and performance of those goals will determine the priorities that we must set for the Church going forward.”

Several Notices of Motion were tabled on a variety of issues which aim to enhance the professionalism, succession planning and pastoral care capacity of Te Pihopatanga o Aotearoa (Maori Bishopric of New Zealand) and express the church’s prophetic voice. These Motions are scheduled for discussion over the three days of the conference.

The final order of business was the receiving of a message of support from Bishops Ross Bay and Jim White on behalf of The Diocese of Auckland, conveying their aroha (love) for the success of Te Runanganui and praying for God’s presence to be upon the conference. The message was very warmly received by conference delegates.