Tiki Raumati: the challenge for us 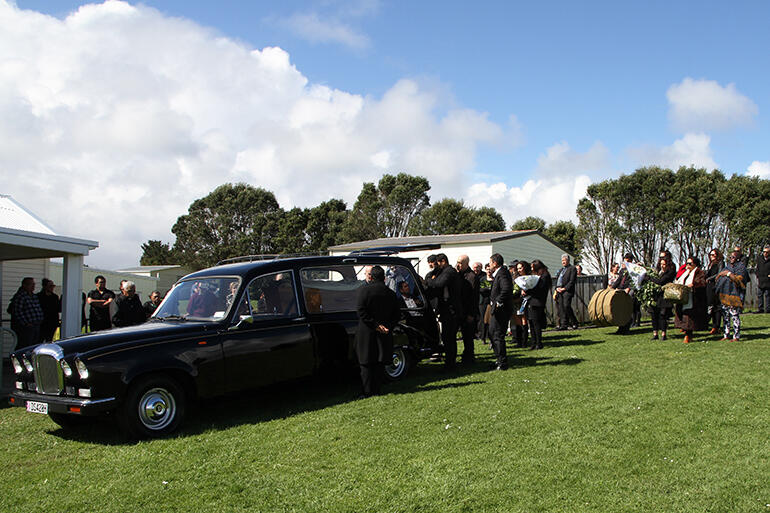 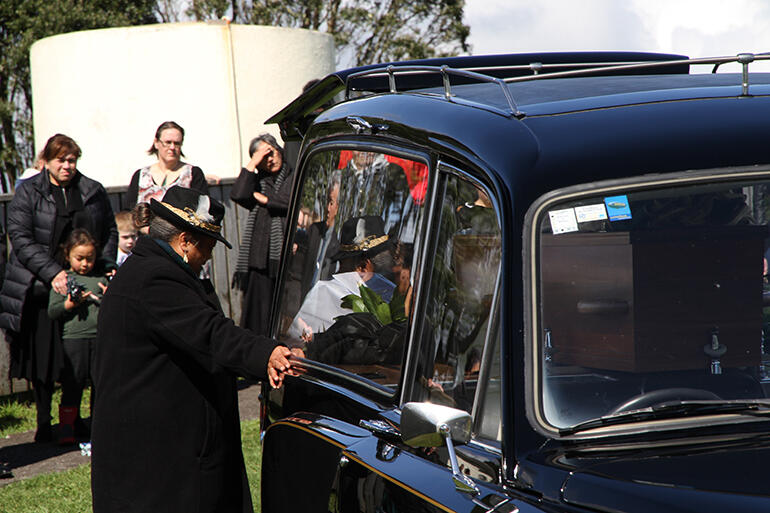 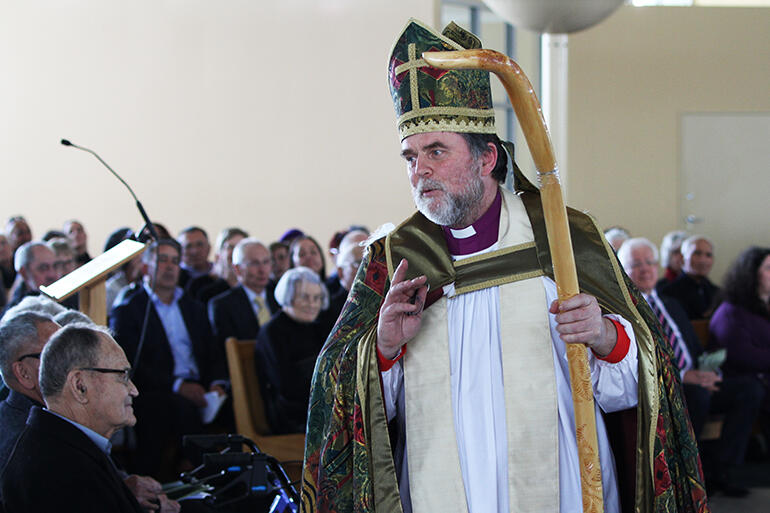 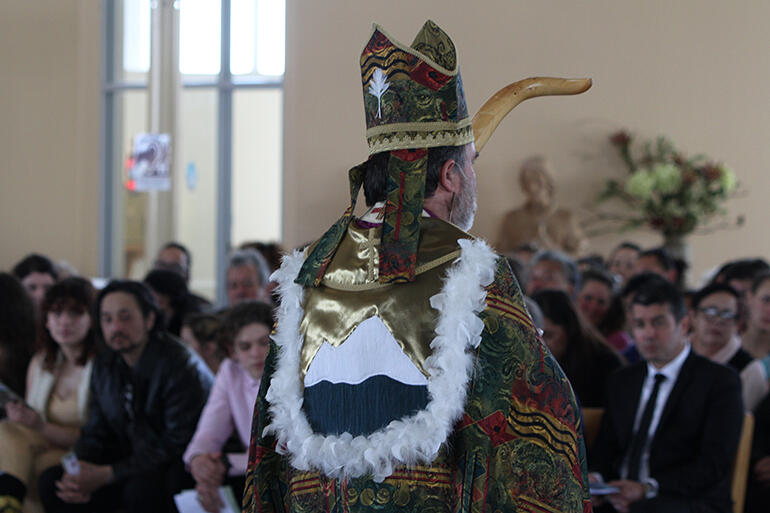 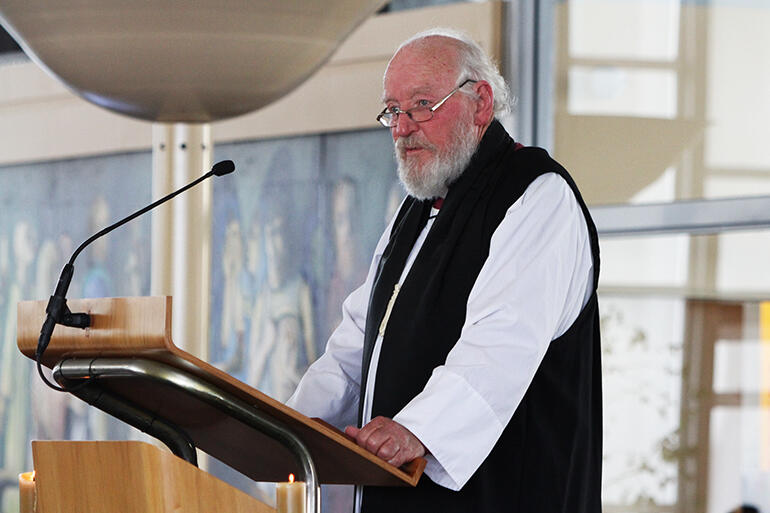 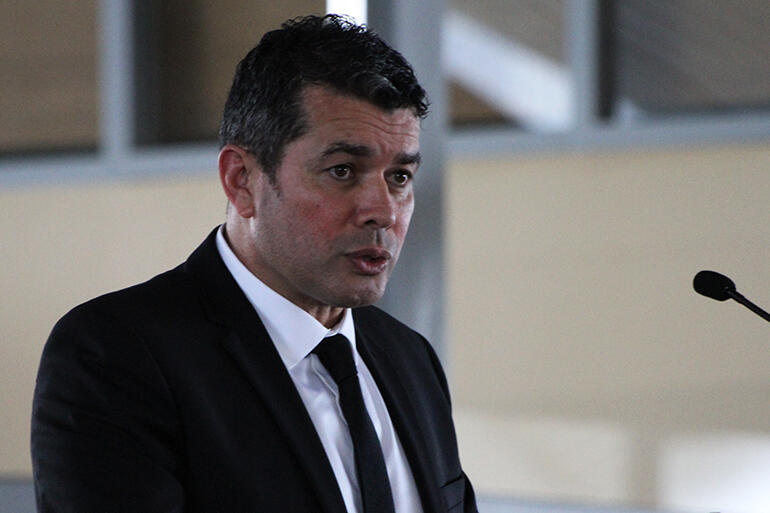 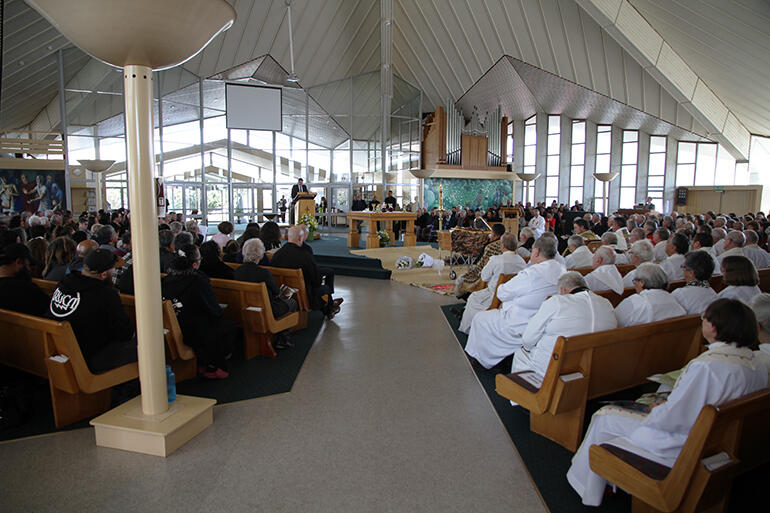 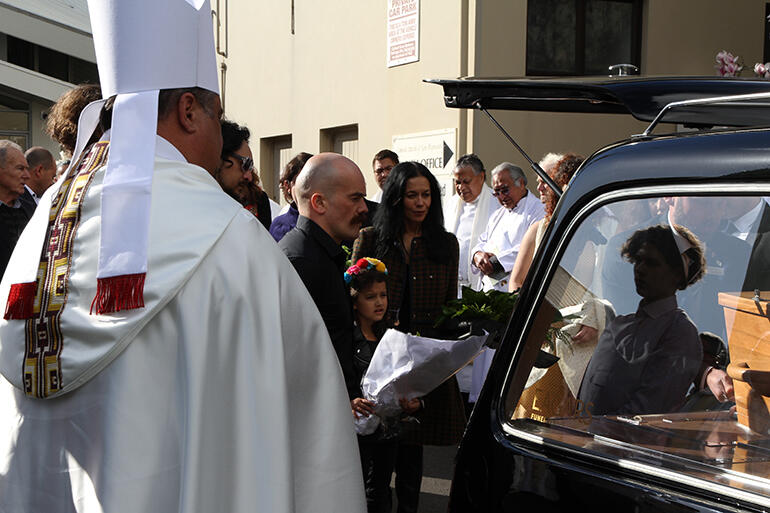 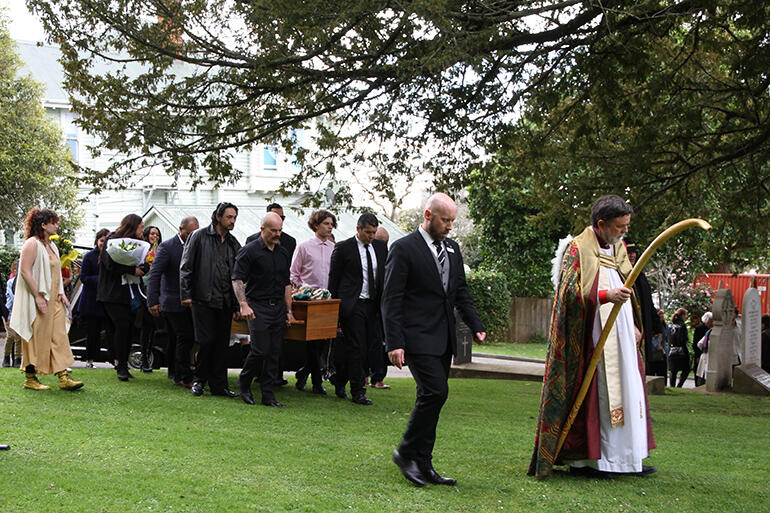 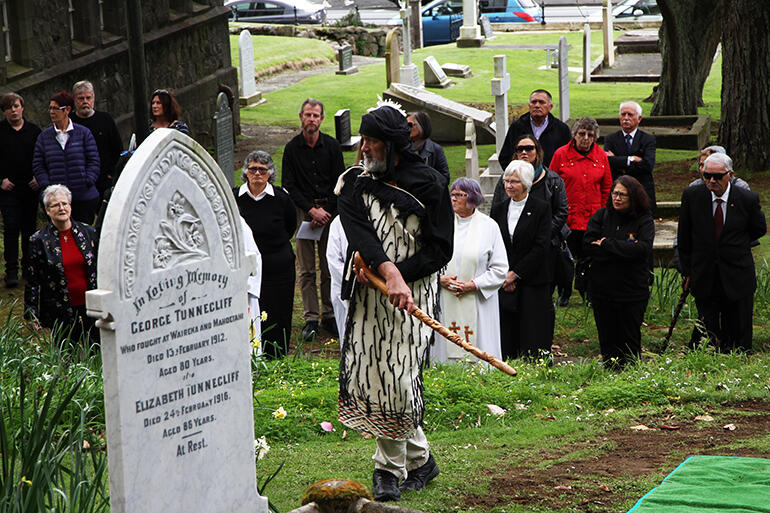 In death, Tiki Raumati wears the one symbol of office that generations of Taranaki Maori longed for him to wear in life: the pectoral cross, the sign of a bishop.

As he lay in state in Te Aroha o Maui Pomare ki tona Iwi Maori – the whare tipuna at Ruapekapeka Marae, Urenui, built by Sir Maui Pomare as an expression of his love for all the tribes – Archbishop Philip Richardson took the pounamu cross that hung around his own neck.

He then gently placed it on the chest of Archdeacon Tiki, the man who was his mentor, the man he'd asked to be the first kaumatua of the Taranaki Cathedral Church of St Mary, and kaumatua of the Diocese of Waikato and Taranaki.

That taonga of office stays with Tiki into eternity.

And in the very first words that Archbishop Philip, Bishop of Waikato and Taranaki, uttered at Tiki's funeral Mass at St Joseph's Catholic Church – no other church in New Plymouth would have been big enough to hold the 700 plus mourners – he drew out that symbolism.

"In my view," said Archbishop Philip, "he was the true Bishop of Taranaki.

"What I wear today, I wear because of Tiki Raumati.

"Everything I wear, he gave me.

"This cope was made for him.

"This mitre was made by Wilma (Tiki's widow) for me.

That too had come thanks to Tiki[1]. Mind you, said Archbishop Philip, he'd ground a couple of centimetres off its length in June 2016. Simply because he'd plonked it down 10,000 times during the three-day Parihaka Peace Walk.

Tiki's significance – not only to the Bishop of Taranaki, but also to the people of Taranaki – can be further understood in the startling response he made when a humbled Bishop Philip had tried to express his gratitude for the cope.

"When I thanked Tiki, he said:

'You have to wear it, and to feel the weight of it.

'You have to understand the cost that these feathers represent.

'It should be a burden for you, and for your successors.'"

Well, the cope that Tiki gave Archbishop Philip bears the image of Taranaki – the maunga, the mountain.

And it's trimmed with raukura, the white feathers which are the enduring symbol of the people of Parihaka, and their peaceful, dignified resistance to the colonial army which invaded their settlement in 1881.

And there's powerful symbolism, too, in the place where Archdeacon Tiki chose to be buried yesterday.

Because in the 1860s, St Mary's was a garrison church – a place which gave succour to the constabulary, to the colonial soldiers.

But in doing so, that same church had betrayed those who had to endure their onslaught.

And so the first people of Taranaki had shunned St Mary's, for 120 years.

His mother came to the church that day, too. She made her karanga, and told Tiki that she would always support him.

“But never forget,” she told him and those who had ears to hear: “This is the place where they stored the gunpowder they used to shoot your ancestors.”

So even in death, Tiki chooses to live out a message of painful reconciliation.

He now lies among the colonial soldiers and their descendants, in the graveyard of St Mary's. He is the first Maori to be buried in that sacred space.

At his graveside, Archbishop Philip reflected about the significance of his choice:

"One of the things that Tiki always reminded us of," he said, "is the Gospel principle – that the truth will set you free.

"But only by honestly facing into the truth.

"So he always encouraged us to face the history that this church is enmeshed in – so that it could transform our future.

"His lasting wish was to be permanently associated with the need for an honest telling of the story.

"But not for its own sake: but for the sake of what the future could be if we lived, as he used to suggest, in a Gospel-driven, Treaty-based way."

Archbishop Philip acknowledged that during the three days of the tangi, there'd been a tussle over where Tiki should be laid to rest.

That is the way things go in Te Ao Maori ­– the greater the person's mana, the greater the desire to honour that person, to care for their memory, and to host their mana.

"And so his own people, Ngati Mutunga, put the case for burying him with his parents, and many of his siblings at Urenui.

"And the people of Parihaka, likewise. He's the great grandson of Te Whiti o Rongomai – and Parihaka put the case for him being buried there."

But in the end, said Archbishop Philip, the people recognised Tiki's wishes to be buried "in this conflicted space."

And as Tiki was laid to rest, the churchyard at St Mary's became what it hadn't been since the 1840s and 50s, when Te Hahi Mihinare was a Maori church, rather than a settler church.

But perhaps most significantly, and all thanks to Tiki: Maori and Pakeha, mingling together, as one.

On this special day, at least.

[1] Tiki had asked his niece, the artist and carver Moewai Aterea, to select the wood and carve the rakau.