The last of a delegation of Pihopatanga reps who've been raising indigenous issues on a New York stage are now filing back to Aotearoa.
• The AIN Communique
• Australian PM Tony Abbott on 'lifestyle choices.' 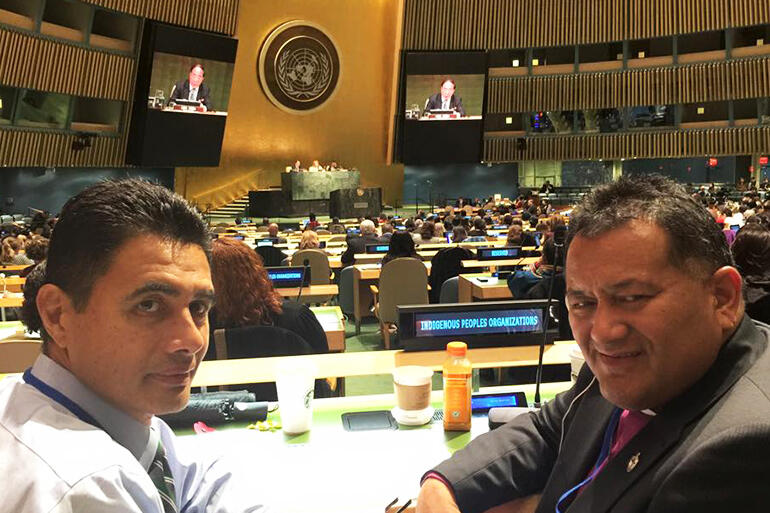 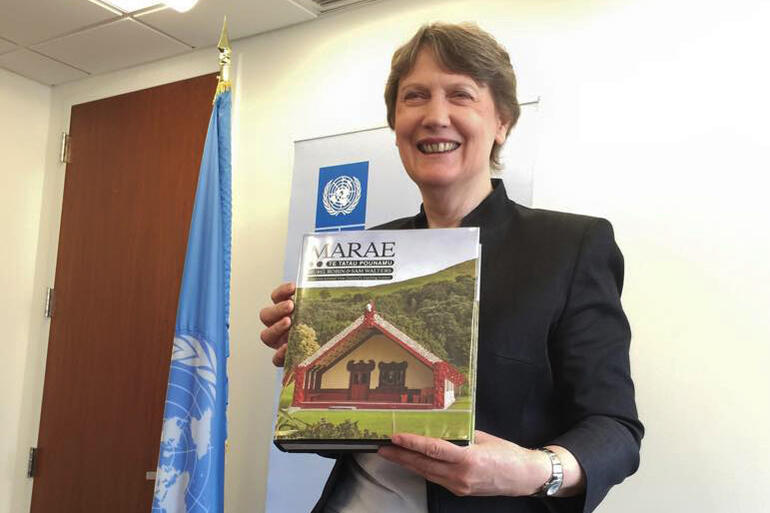 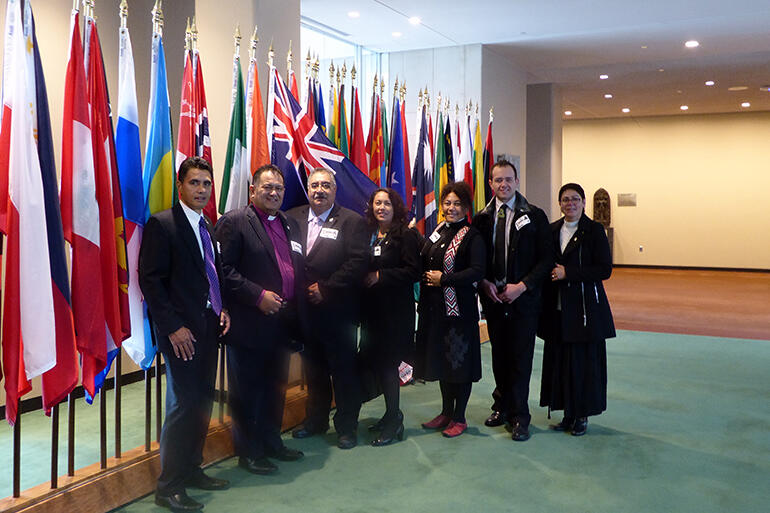 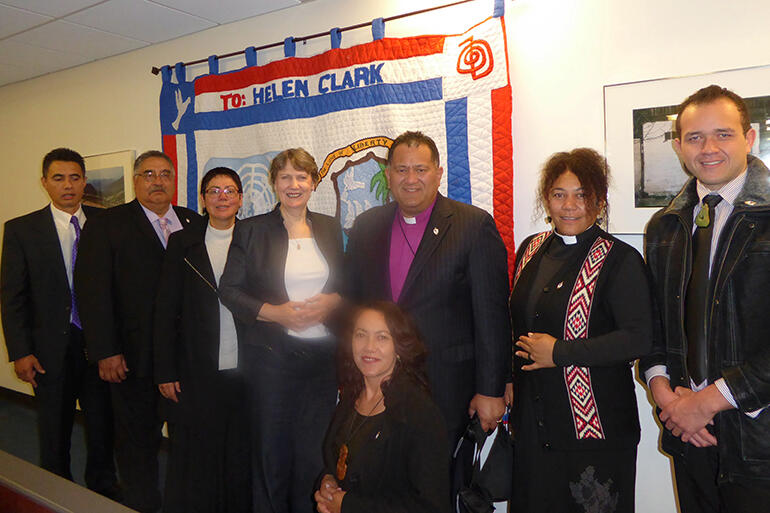 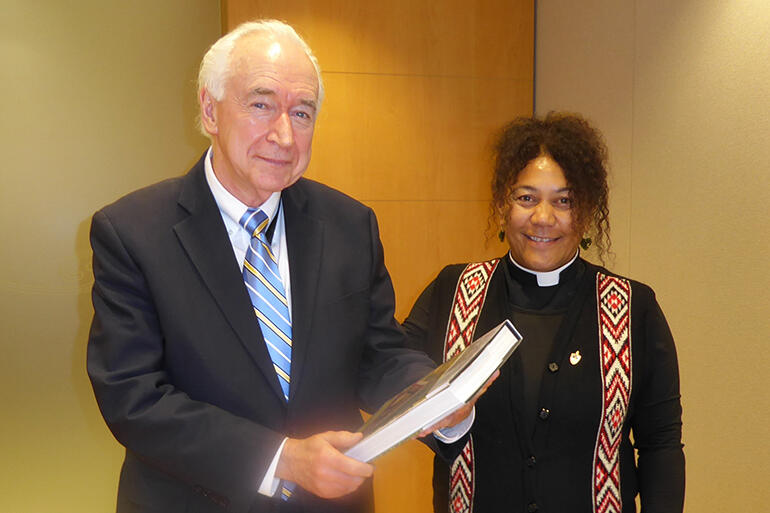 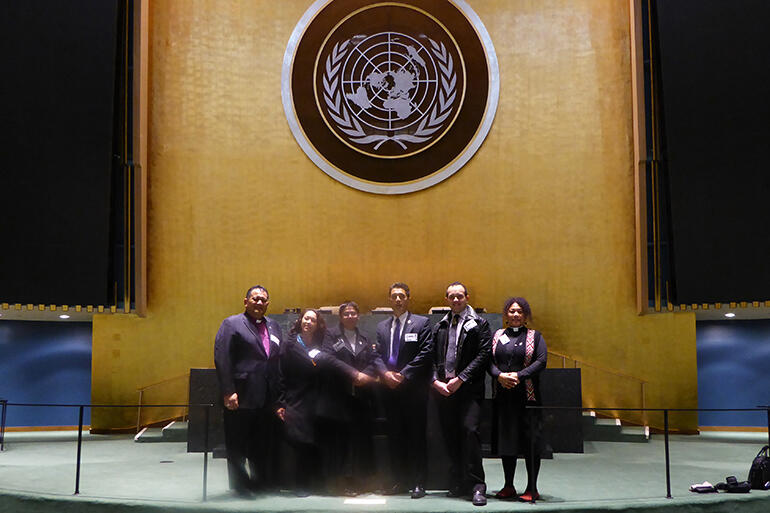 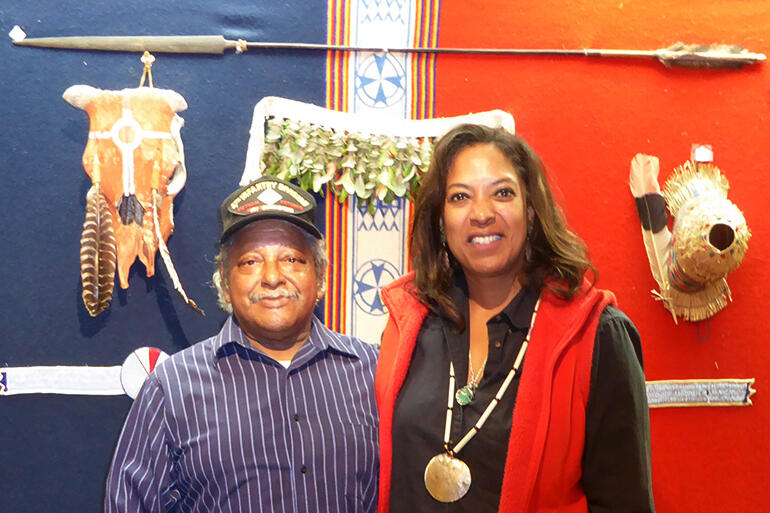 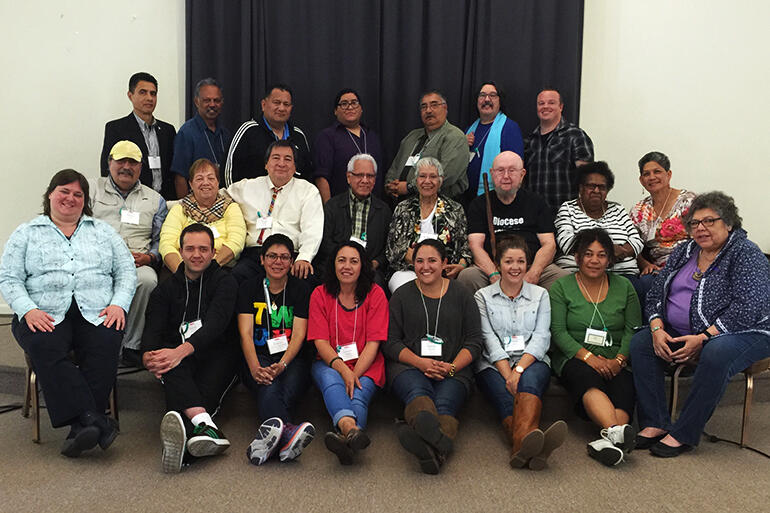 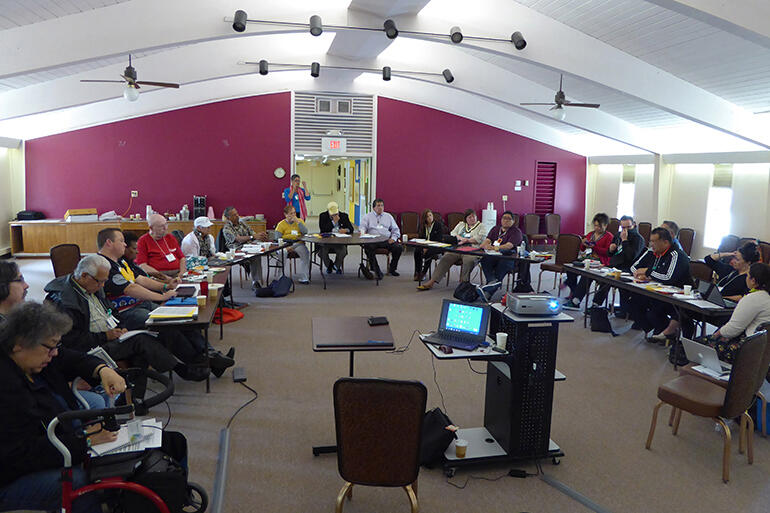 The last of a small delegation of Kiwi Anglicans who’ve been in New York speaking up for the concerns of indigenous people – both within the Communion and the world at large – are returning this week to Aotearoa New Zealand.

Bishop Kito Pikaahu led a delegation of seven from Te Pihopatanga to the biennial Anglican Indigenous Network (AIN) conference which was held in The Big Apple from April 14-18.

And on April 14, the eve of that conference, the Pihopatanga team met with the person who is, arguably, the most significant Kiwi on the world stage – former Prime Minister Helen Clark, who took time out from her tasks as Head of the United Nations Development Programme to welcome them to the United Nations headquarters in New York.

The delegation briefed Ms Clark on the purpose of the AIN conference – and spoke of its significance in strengthening people-to-people links among indigenous Anglicans throughout the Communion.

The Tangata Whenua of Manhattan

Following those UN calls, the delegation headed 45 minutes east of New York City to the Stony Point Centre, which was the venue for the AIN conference.

The AIN conference ran from April 14 to April 17, and according to Brigitte Te Aweawe-Bevan, who was in the Aotearoa delegation, each of the delegations drew strength and solidarity from sharing “each other’s’ concerns, celebrations and ideas”.

And that solidarity, says Brigitte, chimed with the theme of this year’s conference: ‘God, send your Spirit upon us: restore us, renew your Creation.”

Brigitte says the report that moved her most was hearing about the plight of remote indigenous communities in Western Australia.

Up to 150 such communities are threatened with “closure” after an announcement last November that federal funding for them would be cut.

His suggestion that indigenous people living on their traditional lands is a ‘lifestyle choice’ caused “great distress” to the AIN conference – and that distress was recorded in the conference communique which will now be forwarded to the Anglican Consultative Council.

The conference also elected a new steering committee, with a representative from each delegation, and Bishop Kito as convenor.

Four members of the Aotearoa team returned home after the AIN Conference.

But Bishop Kito, Lynnore Pikaahu and Kerry Davis remained in New York as AIN observers at the 14th Session of the United Nations Permanent Forum on Indigenous Issues.

They then continued on to London, where Bishop Kito played a prominent role as the Anglican Church of Aotearoa, New Zealand and Polynesia’s representative at the Anzac Day centenary commemorations.