The Archbishops have announced who is to become the next Bishop of Te Tairawhiti. He's a man who says he's been “enthralled" by the Bible for almost as long as he can remember.
• What the Archbishop saw in Gisborne 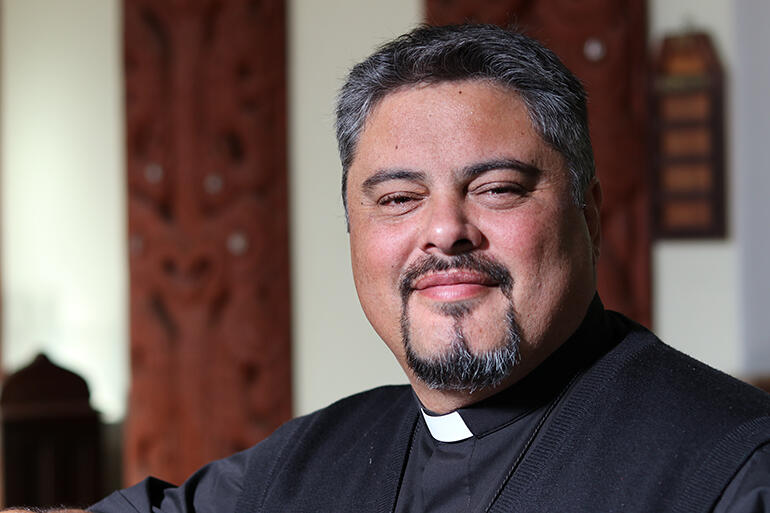 The Archbishops have announced the election of the Rev Don Tamihere as the next Bishop of Te Tairawhiti.

Don, who is 44, and Tumuaki, or Dean, of Te Rau College in Gisborne, and Ministry Educator for Te Hui Amorangi ki Te Tairawhiti, will succeed Archbishop Brown Turei as Anglican Bishop of the tribal district which covers the eastern seaboard of the North Island.

Don, who has Ngati Porou ties, and connections with Turanga and Kahungunu iwi, was born in Gisborne in 1972 and grew up on the Coast.

He spent his earliest years at Te Puia Springs – his dad, Don senior, was the mechanic in charge of the Ministry of Works depot there – and at Ruatoria, where he started school. (His mum, Catherine, has links to Te Rarawa, in the far north, and also to the Teller family, which fled Hungary to escape Nazi persecution.)

Don then spent his later teenage years at Tokomaru Bay. “I was a typical Coastie kid,” he says. “Hanging around marae, riding horses, surfing and getting up to mischief.”

But perhaps not typical in this regard – he began teaching Bible in Schools at the age of 15, and he’s been a student and teacher of the Bible ever since.

“You haven’t got much figured out at the age of 15.

“But I’d found something which I was passionate about.

“When I read the stories in the Bible they captured me. And I was always interested in the way they related to Maori stories. Growing up on the Coast I would see the two constantly presented together and interpreting each other. That piqued my interest.

“It’s fair to say I’ve always been enthralled by the Bible. It constantly amazes me: its depth, its relevance and its beauty.”

“Anglicanism,” says Don, “is the foundation of my story.”

“I was baptised Anglican, and confirmed at 12 years old by Bishop Peter Atkins when he was Bishop of Waiapu. That was stock standard for all of us on the Coast. You don’t ever leave that.”

What’s also standard in te ao Maori are porous boundaries between the various denominations. So the Tamihere whanau would go to an Anglican service one Sunday, and maybe a Brethren service another Sunday.

“During my teen years,” says Don, “I got involved with the Apostolic Church – because they had a youth group on the Coast of about 200 kids. So it was pretty cool.

“All the church family mucked in with that – and all the elders supported it.”

When Don was 19, he left Tokomaru to study at the Apostolic Church’s Te Nikau Bible College in Paraparaumu.

That’s also where he met Temukisa Saifiti, and after 12 months at Te Nikau, he followed her to Auckland.

Two years later, in 1994, Don and Kisa (who has Samoan whakapapa) tied the knot – and the Ngati Porou priest who officiated at their marriage, and who later baptised their three children, started reeling Don back into the Anglican Church: Hone Kaa was nothing if not persuasive.

In 1997 Don began studying for the priesthood at St John’s College in Auckland. He left there in 2001, equipped with a Master’s degree in theology – which he has since drawn on to teach at the Tairawhiti taapapa, and more recently at Te Rau College.

“My focus has always been on the Scriptures and Maori interpretation of them, and identity in the light of them.

“At the moment, for example, I’m studying the Genesis account of the death and burial of Jacob – but I’m reading that from the viewpoint of the Maori concept of tangihanga.

“How we move through the process, and how that is reflected in scripture and how tangi and scripture speak to each other.”

So what prompted Don to allow his name to go forward to become the next bishop of Tairawhiti?

“I was really shaped around this by Archbishop Brown, and his approach to God’s calling.

“His understanding is that you don’t arrange these things yourself: If something is meant to happen, it will come to you.

“In my prayers I’d often say to God: ‘Your will be done. This is entirely up to you. If this is your call on my life then you’ll confirm it to me through the wishes and voices of others’.

“Then, as people whom I take very seriously began approaching me – some iwi leaders, and elders whom I really respect – then I started to take notice, and I let them take it forward from there.

“So I’m happy at this end of the process to know that it had nothing to do with me. It’s a good lesson. Stuff happens because God wants it to.”

And what is Bishop-elect Don Tamihere’s vision for the years he'll spend at Te Tairawhiti’s helm?

“I’m very conscious that we have a mission field here.

“Maori face challenges which are especially keenly felt at Christmas: ever since I can remember I have seen whanau going without the blessings that should be found in abundance at this time of year.

“They have needs. And what they don’t need is a church that talks a lot, and does a little.

“They need a church that is prepared to roll up its sleeves and get alongside them.

“We need to be a church of the gospel that Jesus preached – we need to get out among the last, the lost and the least. We need to be found out there on the fringes.

“And we need to be demonstrating – just like St Francis of Assisi apparently said: ‘Preach the gospel. And, if necessary, use words.’”

#
“In the Maori world”, says Don, “things are ‘caught’ more than they are ‘taught’. And so being able to be in Archbishop Brown’s shadow for the last 10 years, and to observe what comes his way, and how he responds to that, has been a very great lesson to me.

“I’ve been formed by the leadership that I have seen, and the value and effectiveness of that. He’s been a huge part of shaping me for this office.”

And Don’s two younger brothers are also heavily involved in the Anglican church. The Rev Michael Tamihere is the Tikanga Toru Youth Commissioner, while Andrew is the Administrator for Te Hui Amorangi ki Te Tairawhiti.

Don was nominated to succeed Bishop Brown Turei at an electoral college held in Toko Toro Tapu church in Manutuke on October 7 and 8.

The date and venue for his ordination as a bishop, and installation as Pihopa o Te Tairawhiti, will be announced in the near future.