Archbishop of Canterbury to resign

Dr Rowan Williams will step down at the end of the year - which means his New Zealand visit in November will be his last international duty.

• Our Archbishops pay tribute to the ABC

• Dr Williams spells out his decision

• Tributes from across the Communion

• Giles Fraser: Rowan was brilliant but failed to bridge chasm

• The Guardian applauds a devoted ecumenist 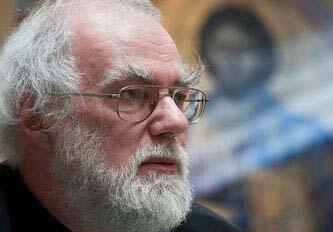 The Archbishop of Canterbury, Dr Rowan Williams, will step down from his role at the end of the year - which means his visit to New Zealand in November will be his last major international duty.

His decision to step down comes after 10 years as Archbishop of Canterbury and after accepting the position of Master of Magdalene College, Cambridge.

The Archbishops of this province have paid tributeto his leadership.

“He was greatly respected by us,” says Archbishop David Moxon, “as a deeply prayerful, thoughtful person, as someone of huge intelligence.

“But he was above all wise, in the Biblical sense, with a great heart for the diversity of the Anglican Communion, across all its cultures, and with all its theological tensions.

“We will miss Archbishop Rowan’s grace and mind very much, and we wish him well."

In a statement issued from Lambeth Palace, Dr Williams said: “It has been an immense privilege to serve as Archbishop of Canterbury over the past decade, and moving on has not been an easy decision. During the time remaining there is much to do, and I ask your prayers and support in this period and beyond.

“I am abidingly grateful to all those friends and colleagues who have so generously supported Jane and myself in these years, and all the many diverse parishes and communities in the Church of England and the wider Anglican Communion that have brought vision, hope and excitement to my own ministry. I look forward, with that same support and inspiration, to continuing to serve the Church’s mission and witness as best I can in the years ahead.”

The Archbishop is the Focus of Unity for the Anglican Communion. He is convener and host of the Lambeth Conference, President of the Anglican Consultative Council (ACC), and Chair of the Primates’ meeting. In these roles he travels extensively throughout the Anglican Communion, visiting provinces and dioceses, and supporting and encouraging the witness of the Church in very diverse contexts. As primus inter pares among the bishops, he has a special concern for those in episcopal ministry.

Following the announcement, the Secretary General of the Anglican Communion Canon Kenneth Kearon wrote to members of the Standing Committee informing them of the decision.

He asked them to remember Archbishop Rowan and his family during this time of transition and reflected on the Primate’s time in office saying it had “coincided with a period of turmoil, change and development in the Anglican Communion, and his careful leadership, deeply rooted in spirituality and theology, has strengthened and inspired us all in the Communion during this time.”

Archbishop Rowan’s announcement means that ACC-15 in New Zealand during the last quarter of this year will be his last as President of the ACC.

The Archbishop of York Dr John Sentamu said he was saddened to hear the news: “Our partnership in the gospel over the past six years has been the most creative period of my ministry. It has been life-giving to have led missions together, gone on retreats and prayed together. In his company I have drunk deeply from the wells of God’s mercy and love and it has all been joyful. He is a real brother to me in Christ.

“The last decade has been a challenging time for the Church of England and the Anglican Communion. Thankfully, Archbishop Rowan is a remarkable and gifted leader who has strengthened the bonds of affection.”