Land of the long white cloud of witnesses

The ACC heads out of town for an audience with the Maori King. And they're not the only ones to witness the welcome they receive.

• The Archbishop's response to the welcome

• Podcast: The reality of climate change

• How the Church Times is reporting it 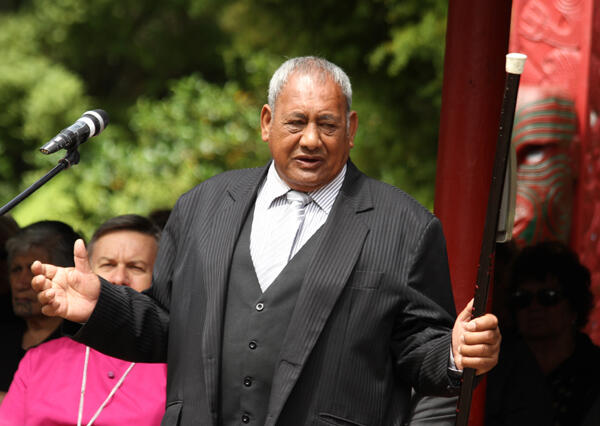 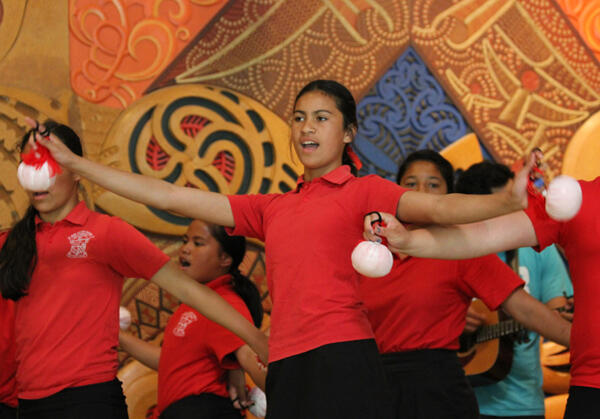 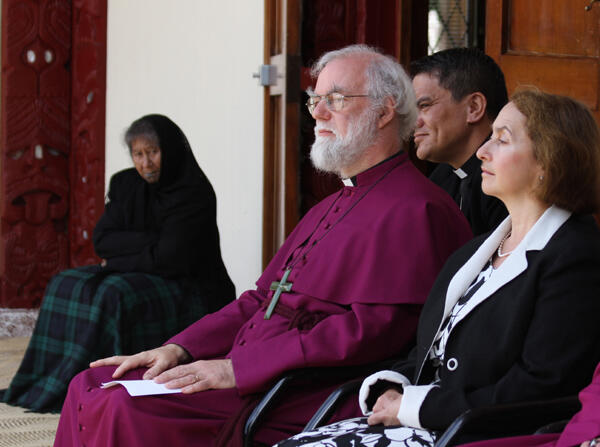 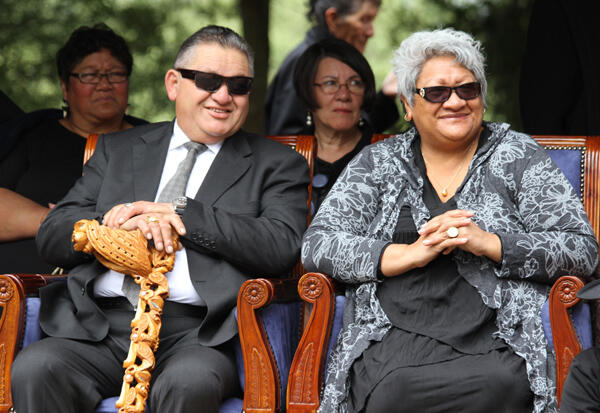 The ACC broke camp today and headed south from Auckland to Ngaruawahia for an audience with the Maori King.

The clouds were heavy overhead as the buses trundled towards Turangawaewae, the majestic marae on the banks of the Waikato River that is the seat of the Kingitanga.

But as the 150 or so ACC members and fellow travellers were called on to the marae for the powhiri,or ceremonial welcome, those clouds parted and the sun broke through.

And it was about the time that Bishop James Tengatenga (Malawi) responded to the welcome on behalf of the manuhiri,or visitors, that you sensed something providential about the timing of the visit.

Maori tikanga,or custom, demands at each powhiri that speakers pay homage to those who’ve departed – to the tupuna,or ancestors, of the place where we’ve gathered.

As Bishop James reminded us, today was All Saints' Day.

So here we all were, tangata whenua(the hosts, the people of the land) and manuhiri from nga hau e wha,the four winds, from Africa, Asia, the Americas, Europe and Australia, already bonded in spirit, ready to give thanks for those who’ve gone before.

Those kind of synchronicities are seldom lost on the Archbishop of Canterbury.

So when it came time for him to respond to the welcome he helped us see a few other “coincidences.”

The fact, for example, that the land in which we met is Aotearoa,The Land of the Long White Cloud.

“And today, when we celebrate the feast of All Saints, we may very well think of that phrase in scripture, where we are told that we live in the presence of a great cloud of witnesses.”

He wasn’t being super-spiritual, either.

Because 150 years earlier his hosts had witnessed the loss of 1.2 million hectares of their lands to a rapacious settler government.

“Perhaps,” said the Archbishop, “this is in a very particular way a land of witnesses.

“A land where we know that... our acts, and our thoughts, and our relations with one another are witnessed by those who have gone before us.

“So that their witness helps us to bear witness in our own generation. So that we know that we stand with them before the eyes of God.

“And so... we thank God that the cloud of witnesses is over us, and around us, calling us to answer for our faith, for our lives, for our relationships before God.

“Knowing that we will answer to God for the peace we make, and the justice we serve together.”

In June 1858, at the very marae where we were being greeted, Kingi Tuheitia’s tupuna, Potatau Te Wherowhero, was crowned as the first Maori King.

Many North Island chiefs had laid their lands and services at Potatau Te Wherowhero’s feet, in the vain hope that by banding together under one leader they could stem the alienation of their lands.

At several points during today’s welcome, we heard again the famous whakatauki,or proverb, that Potatau Te Wherowhero spoke at his koroneihana,or coronation:

There is but one eye of the needle
through which the white, red and black threads must pass.
After I am gone hold fast to the law, the truth and love
Forsake all else...

It wasn’t just our hosts who were reciting that famous Tainui proverb, either.

Because when Bishop Kito Pikaahu spoke first for the manuhiri, he cited the proverb and gestured to the ACC members arrayed behind him – as if to say, these red, white and black threads have passed through the one needle to become brothers and sisters in the Anglican Communion.

And he paid tribute to Kingi Tuheitia, who was seated on his throne across the marae atea from where Bishop Kito spoke:

“The crown that you wear,” he told the King, “is not a crown of diamonds, gold or silver.

“It is the crown of the Bible, the living Word of God, the Holy Word of God.”

And for those who know their Kingitanga history, those words were significant, too.

Because at Potatau’s 1858 koroneihana, and at the coronation of every subsequent Maori king or queen – the moment of crowning is signified by the kingmaker holding a Bible over the new monarch’s head.

Archbishop Rowan – his speech is reproduced in full here– also acknowledged that whakatauki about red, white and black threads .

He drew attention a similar metaphor found in the scriptures – the plaiting of the three-fold cord which, the Book of Ecclesiastes tells us, is not easily broken.

He then went on to another verse of scripture. And with this one, he was speaking fairly and squarely to King Tuheitia:

“Your majesty, Te Arikinui(great chief, the title of the Maori King) we have in our minds as we come to a royal court, saluting yourself and your household, the words of the psalm:

“Give the King your judgements O God, give your righteousness to the son of the royal house.

“We thank God for the service of justice and righteousness represented by the throne on which you are seated...

“And we pray that that righteousness and that justice will be the star by which all of us see to navigate our lives in the presence of those witnesses around us, in the presence of what God has given us and continues to give us.”

If you were close to the ranks of the tangata whenua, the host people, when the Archbishop of Canterbury was speaking, you would have heard murmurs of approval.

They were loving the fact that he’d acknowledged their history. That he’d made those connections between their story and the Anglican story, between the dignity of their earthly king and the heavenly king.

To be at Turangawaewae on such a fine morning was to sense, perhaps, a feeling of enclosure, a feeling of being held in the cup of a loving hand.

Because the marae atea, the open court where the powhiri is held, is enclosed on four sides.

By Mahinarangi,the wharenui or meeting house on whose porch the Archbishop of Canterbury was seated, by the two open-sided shelters where the tangata whenua and the manuhiri faced each other across that open court, and by a large canopy opposite Mahinarangi,under whose shade the overflow of guests sheltered.

While you were sitting there, your eye would be drawn skywards, to the wispy clouds drifting overhead, to the birds flitting between the tall trees that flank the marae.

And then, perhaps, to the apex of Mahinarangi– to the carved tekoteko,or ancestral figure that stands guard over the entrance of every carved house in this country.

In this case, that carved figure is Potatau Te Wherowhero himself.

He stands vigilant, in a posture of challenge, his patuor club held in one hand, gazing from his lofty position out over the marae atea.

At Turangawaewae, Potatau Te Wherowhero is wearing the korowai,or cloak, that adorns great chiefs – and a piupiu,or flax skirt, that gently swayed in the breeze.

When you watched that piupiu move, it was easy to believe that cloud of witnesses was also moving.

Easy to believe, too, Potatau Te Wherowhero stands in the front rank of those witnesses who now watch “our acts, and our thoughts, and our relations with one another.”