Hundreds at the opening of the Rangihoua Heritage Park are surprised by the weather – and by a cabinet minister's words.
• Watch the Attorney General's address
• Watch the TV3 coverage
• Rangihoua: cradle of our nation 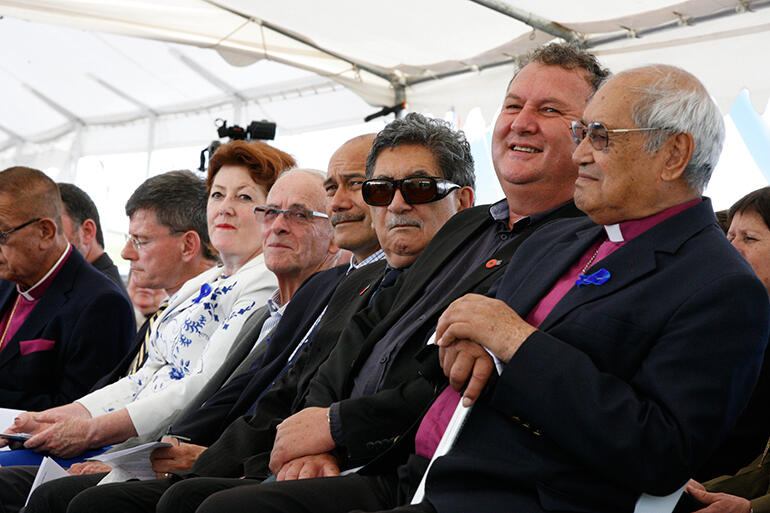 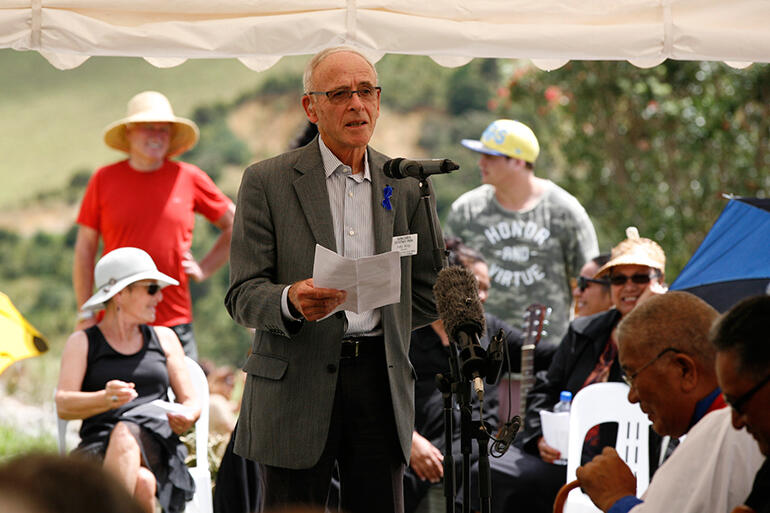 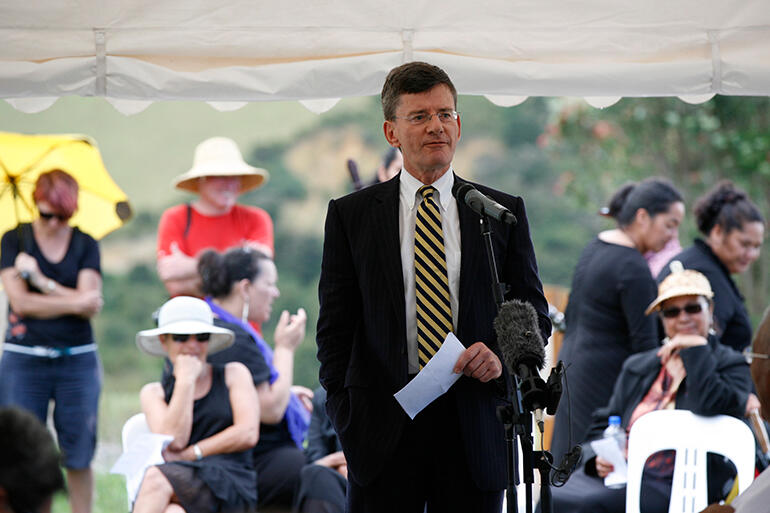 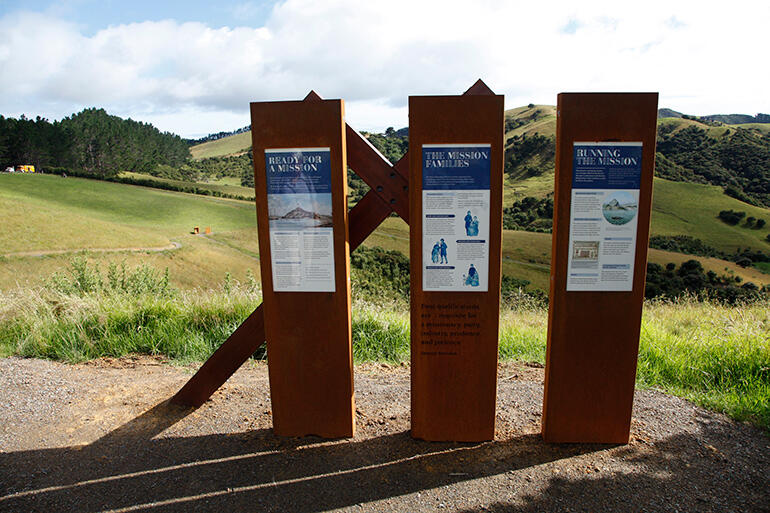 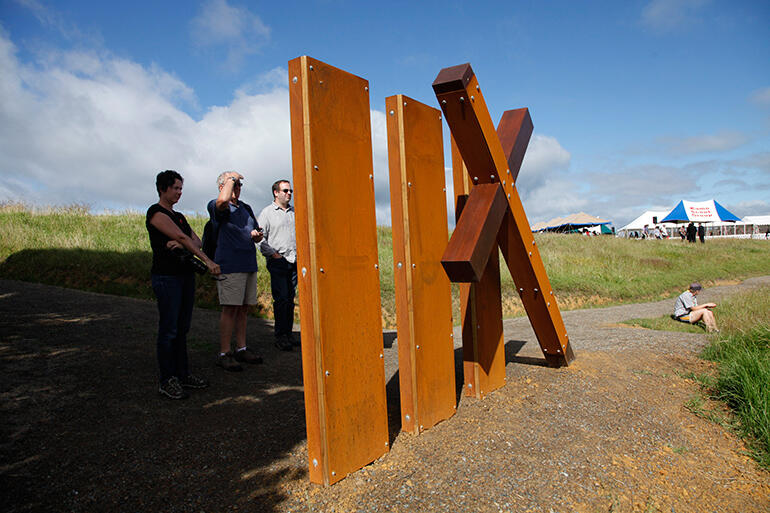 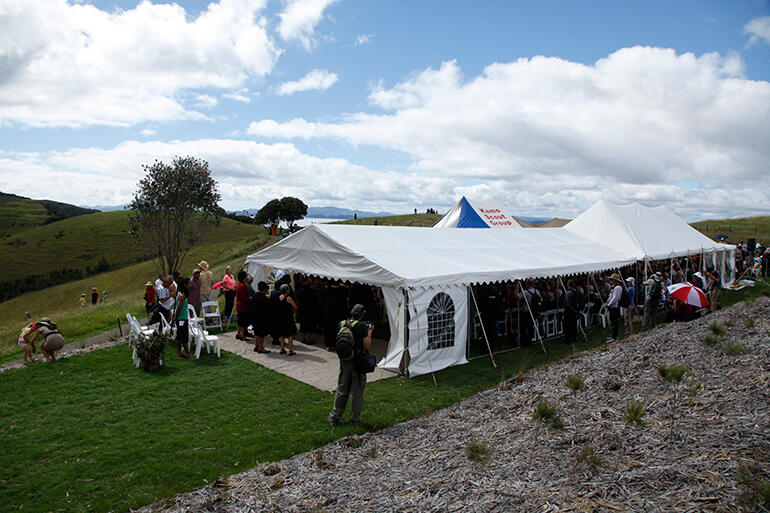 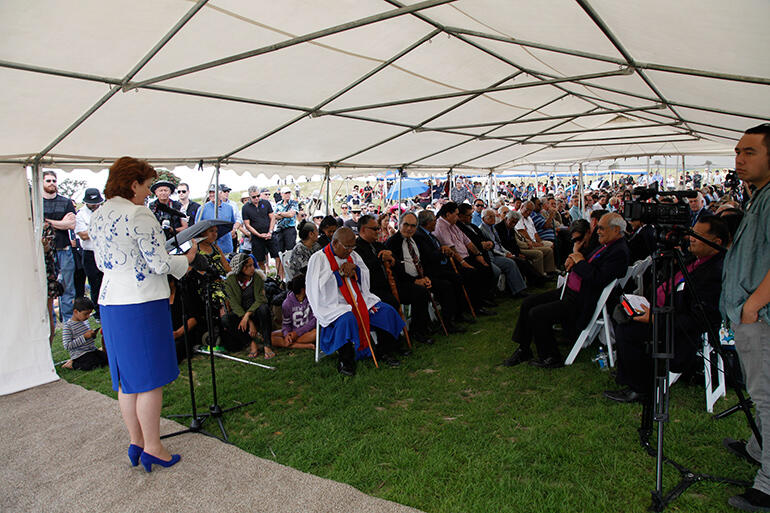 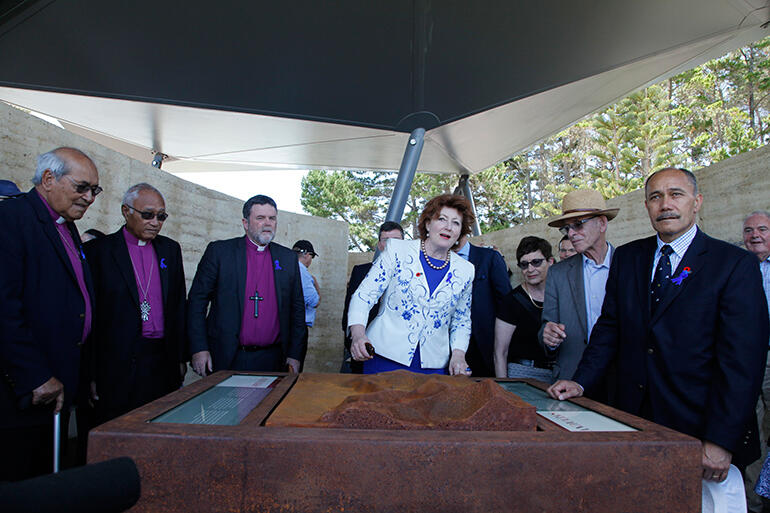 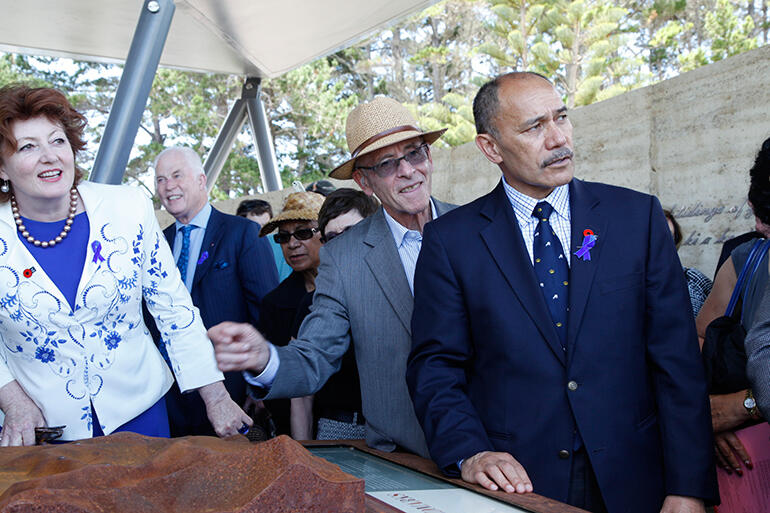 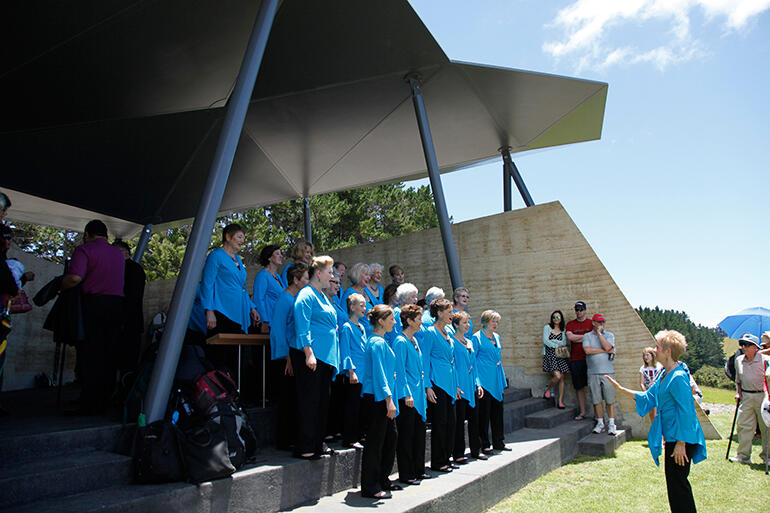 The 700 or so people who filed out to the furthest reaches of the Bay of Islands on Sunday to celebrate the opening of the Rangihoua Heritage Park were beneficiaries of a minor miracle.

Most would have had to fight their way north on Saturday through bucketing rain.

And yet by the time proceedings got under way on Sunday, the place was about as perfect as a New Zealand coastal setting can be.

Speaker after speaker expressed their gratitude for the way the weather had co-operated – and for the way modern New Zealand had begun, born of the friendship and accord between Samuel Marsden and Ruatara, now profiled and celebrated in the new park.

Sunday’s park opening was essentially a civic event -– by contrast with the upcoming Christmas Day service – with the Governor General, Sir Jerry Mateparae and a host of VIPs on deck to mark the "place of beginnings" as Marsden Cross Trust Board Chairman John King described it.

So perhaps the most surprising thing about this civic occasion was the encouragement heaped on the church by one of those dignitaries, the Hon Chris Finlayson, Attorney General and Minister of Treaty Settlements.

Many of the churches and some of the denominations established in the wake of 1814 seemed “lost and perplexed by the modern world,” he said.

“But in my view, they should be a lot more positive. And a lot more upbeat.

“Because the (message) which Marsden inaugurated on Christmas Day 1814… is a tremendous message.

“It’s underscored for me by four main points. The first is that every individual is made in the image of God. And accordingly, everyone has worth.

“Secondly, that one should respect individual effort and creativity – which is a key idea, particularly following the Reformation and the Enlightenment.

“Thirdly, a successful society is one governed by laws, not by men and women – that we are all subject to the rule of law, no matter how powerful, or rich. That is an ancient value, which was reinforced by the Reformation.

“Finally, most importantly, and above all, the Christian message is a very optimistic one. It’s a story of reconciliation and of forgiveness.”

Mr Finlayson, who is a Catholic, said he “celebrates the arrival of Marsden and Christianity into our land because the Christian message he introduced 200 years ago has been overwhelmingly positive for this country, and is one that should be repeated with conviction, and with optimism, year in and year out…

“Ladies and gentlemen, this is a great day for New Zealand.”

But however well the foundations at Rangihoua may have been laid, what was built upon them has not been worthy, said Bishop John Gray.

Addressing Sir Jerry Mateparae, he said the English missionaries had been commissioned by the English government to preach the word of God.

“But they paid lip service” to that charge, he said, “to allow the government to confiscate lands of our people.”

He then quoted Archbishop Desmond Tutu: ‘If you are neutral in a situation of injustice, you have chosen the side of the oppressor.’

“If an elephant has its foot on the tale of a mouse, and you say you are neutral, the mouse will not appreciate your neutrality.”

He acknowledged that the “optimism and co-operative spirit that underpinned the (Rangihoua mission) enterprise were to be sorely tested in subsequent years,

“Nevertheless,” the Governor General said, “the mission was a noble experiment. Although it did not live up to the expectations placed upon it, we acknowledge the role that it played in the development of literacy, justice, agriculture and Christianity in New Zealand.”

He said he hoped “Rangihoua will achieve a more prominent part in the consciousness of our nation – and as more New Zealanders become aware of its story, with its cast of remarkable characters, its disappointments and achievements there will be all the more reason to visit this beautiful park.”

Who's scared of whom?

He then squarely addressed Bishop John’s challenge – and drew applause for his analogy:

“I said I’d say something about elephants standing on a mouse’s tail.

“You also know that elephants are scared of mice?”

Sir Jerry has ties to both Tuhoe and Whanganui iwi, and he said he was pleased to see the accords hammered out between Crown and iwi in both tribal areas.

He also drew on his heritage to restate the traditional Maori understanding of gift-giving, which was so different to that held by the settlers.

“When I give a gift to my counterparts,” said Sir Jerry, “I say to them: ‘This is a gift I give to you. If you or your family no longer feel you can look after it, or you no longer want it, then it’s your responsibility to get it back to me.’

Among those gathered for the park opening were large numbers of people who have significant personal ties to Rangihoua.

Shane Jones, for example, spoke of his ancestors riding their horses down 90 Mile Beach, crossing to Mangonui then heading south to take part in the 1914 centenary celebrations at Rangihoua.

Among the Nga Puhi orators, of course, there were direct descendants of the people who invited the missionaries. And descendants were present, too, of those who were invited.

The Rev Samuel Marsden, of Cornwall, for instance – who carries the name of his famous forebear – as well as John King, the Chairman of the Marsden Cross Trust Board, who descends from the first John King, who came with Marsden in 1814.

Then there was Archbishop David Moxon, back home on furlough from his post as the Anglican Ambassador to the Vatican.

His great, great, great grandfather, James Preece, was a missionary who arrived here with Marsden on his third trip to New Zealand.

“The thing that came home to me most about today,” said Archbishop David, “was that this is a place for everybody in Aotearoa New Zealand, to think about roots – spiritual, cultural and national roots.

“Aotearoa New Zealand needed an Iona, a Mayflower. It needed its birthing place to be hallowed – and now promoted.”

Archbishop David also found himself reflecting further on the themes of partnership and hospitality.

“The gospel didn’t barge its way in here. The gospel was invited. Of course there were hassles and a history of struggles after that – but this was a good place to begin. And a good way to begin.

“And we can come back here, and get a sense of how good it was.”

Archbishop David also rejoiced in how Sunday's weather had underlined the verse we sang from Willow Macky’s famous Kiwi carol Te Harinui – which will never have a more appropriate setting than when sung in this place: