In the days leading up to the Christmas Day service at Oihi, Archbishop Philip Richardson gains fresh insight into the grace that enabled our nation and our church to begin.
• "Grace-filled generosity" - Archbishop Philip's sermon
• Samuel Marsden speaks
• Kelvin Wright's blog
• Earlier story and the liturgy 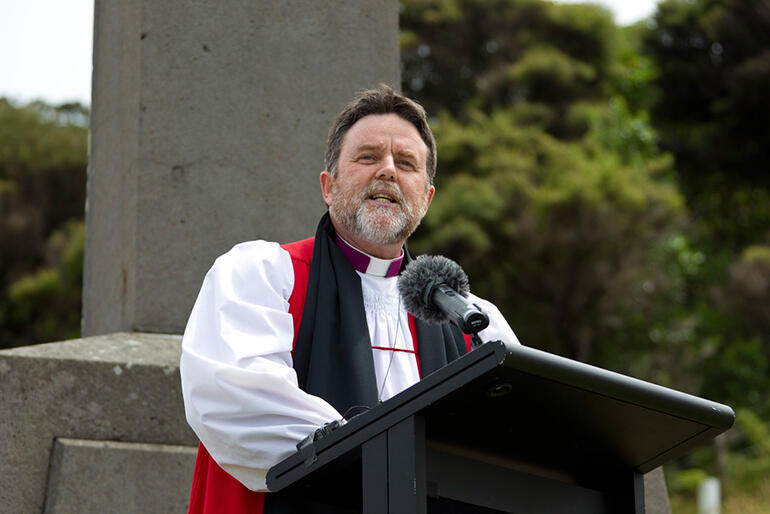 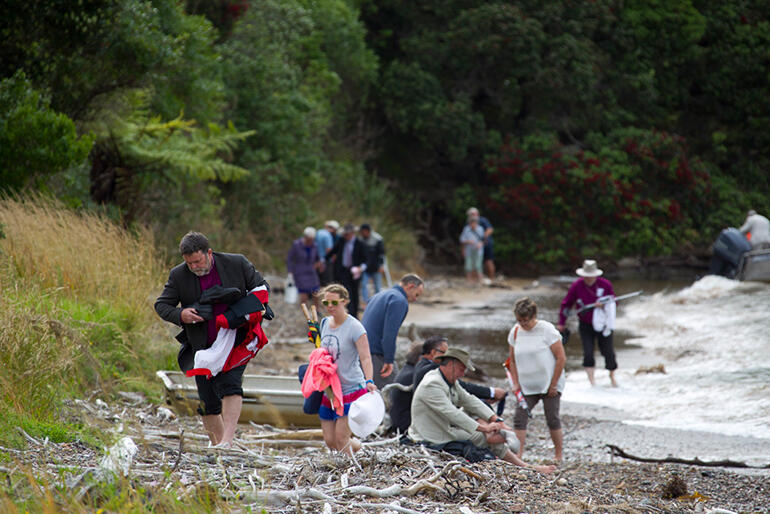 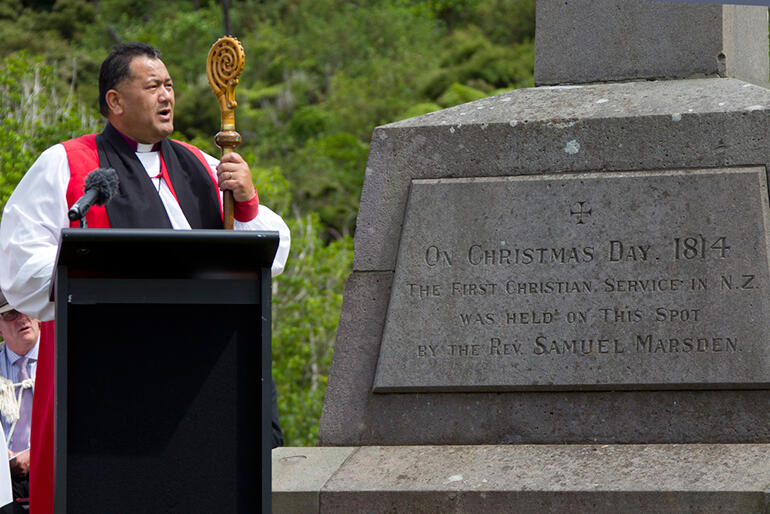 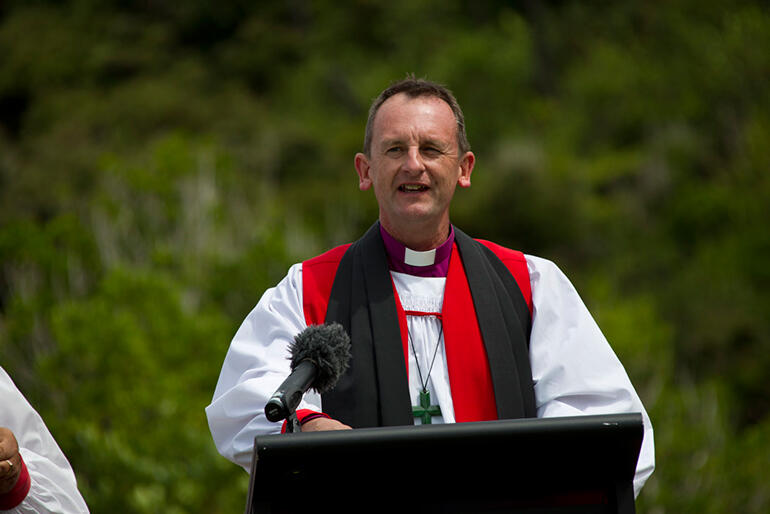 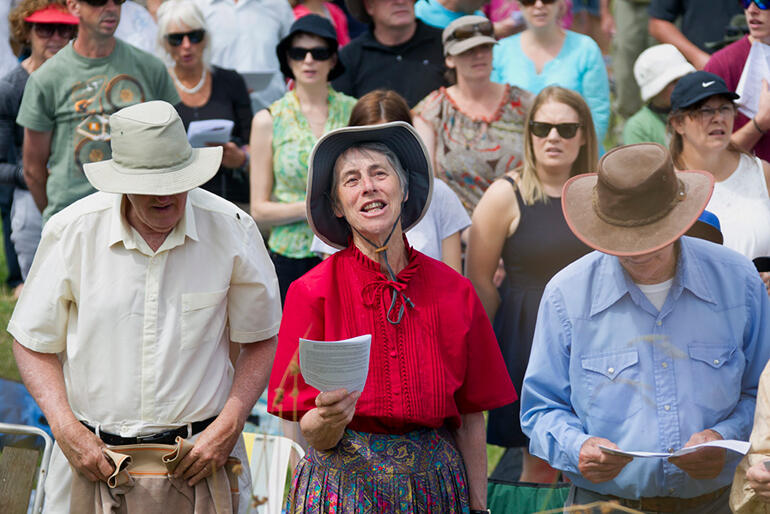 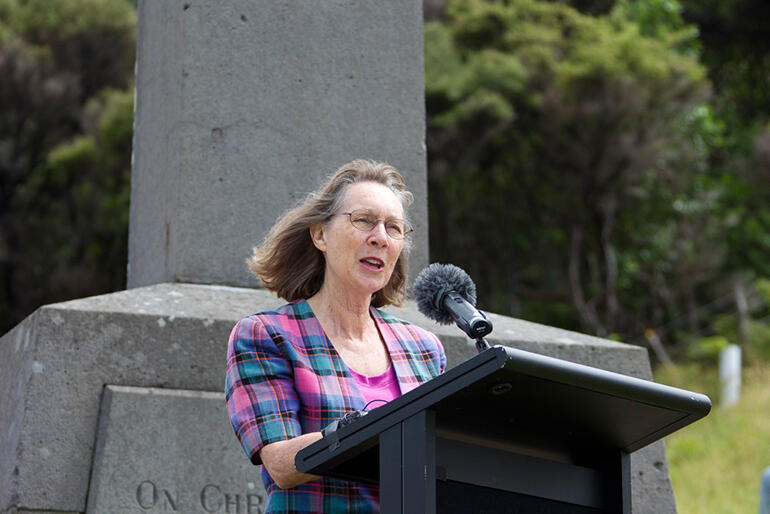 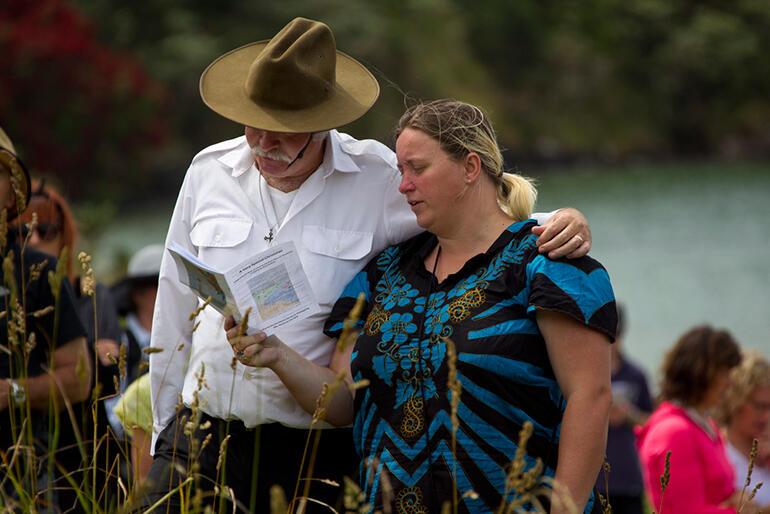 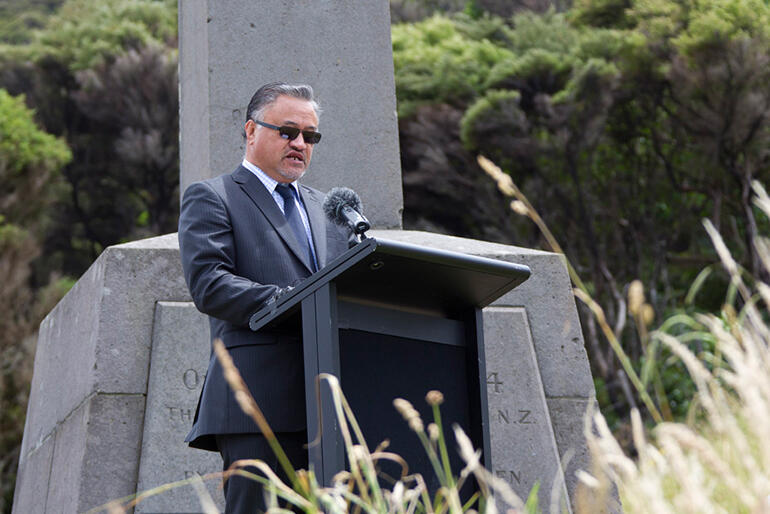 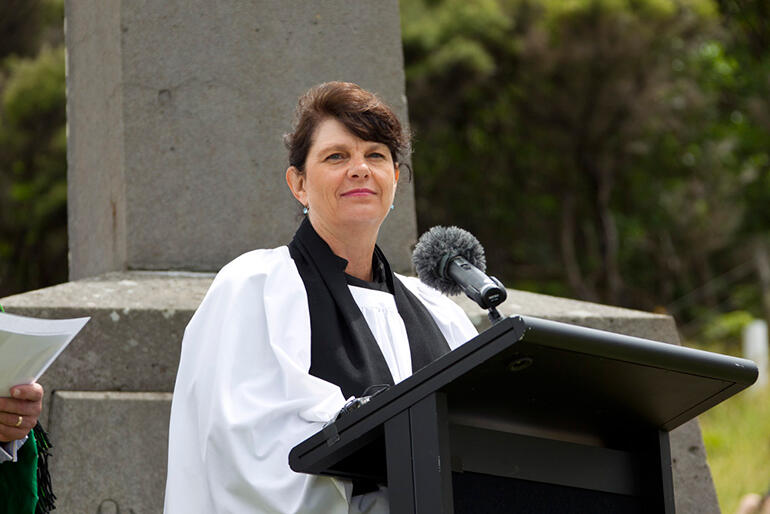 The thousands of Kiwis who watched the Christmas Day service – 1500 or so at Oihi Bay itself, and many more via the telly – heard Archbishop Philip Richardson speak of the “grace-filled generosity” that enabled us to begin.

And if those hearers detected a fresh enthusiasm about Archbishop Philip’s remarks, that’s because he’d caught a fresh glimpse of the extent of that grace.

At last Sunday’s opening of the Rangihoua Heritage Park Archbishop Philip had heard kaumatua speak about the mamae (grief) felt by the descendants of the Nga Puhi rangatira, Te Pahi.

So that's when he decided to take another look at that story...

Te Pahi was Ruatara’s uncle. And in 1805, well before Ruatara and Marsden had become friends, Marsden had met Te Pahi in Sydney. He rated him so highly, in fact, and got on with him so well that he began planning to set up a mission station under Te Pahi’s protection.

First, there was the Boyd massacre. Then British whalers, bent on vengeance, had attacked Te Pahi’s island, which is just offshore from Oihi Bay.

They killed about 60, mortally wounded Te Pahi, and ransacked the island. Marsden himself had been convinced that Te Pahi “had suffered mortal consequences for something that he hadn’t done,” says Archbishop Philip.

So Ruatara’s willingness, in the wake of that calamity, to trust and to offer the protection of his pa and his people to Marsden and the missionaries was remarkable, he believes.

“In many cultures and societies,” he preached, “there would have simply been an escalation of mistrust and hostility…

“What Ruatara offered was more fundamental than the English word hospitality can possibly convey. Ruatara lived out the values of manaakitanga; costly, self-giving generosity, putting the holistic well-being of the other first.

Archbishop Philip went on to reflect further (his full sermon is available here) about the nature of Christian love:

“It is a whole different frame of reference. Not retribution but redemption, not revenge but restoration. Looking for the best, believing in the best, refusing to be deterred by human frailty and sinfulness.”

“My name is Samuel Marsden”

The tall, white-bearded English clergyman who then strode to microphone had a killer first line:

“My name is Samuel Marsden.

“Two hundred years ago,” he said, “my great great great grandfather stood on this spot to proclaim the good news of Jesus Christ.

“Fifty years ago, my father stood on this spot to proclaim the good news of Jesus Christ.

“And today I, Samuel Marsden, stand on this spot to proclaim the good news of Jesus Christ to New Zealanders of the 21st century.

(“For behold, I bring you glad tidings of great joy which shall be to all the people.”)

The modern Marsden also spoke of the unique lens through which he sees things.

“I, as a descendent of Samuel Marsden, carry his genes,” he said.

“And so I have an advantage over most historians, be they British, Kiwi or Aussie. Because I can feel, from the inside out, rather than looking, as they do, from the outside in what it means to be Samuel Marsden.

“Kia tau te rangimarie ki runga i a koutou. May peace be upon you all.”

Gospel task belongs to all

Bishop Ross Bay had worked for three years to make the day a success.

Even so, some things were always going to be beyond his control:

“The weather, in the end, was just perfect,” he says. “A little bit of wind, enough cloud cover to make things comfortable – but most importantly, it stayed dry.

“And with that festive family atmosphere, it was almost like being at the early Concerts in the Park. It just felt really good to be there.”

“Our service was a celebration of what had happened, a recognition of the partnership between Maori and Pakeha that had enabled that to happen, a giving of thanks for the 200 years since, and a fresh commitment to the gospel task that lies ahead of us.”

There was never any talk about Anglican beginnings, says Bishop Ross.

The focus, instead, was on gospel beginnings.

“We recognise that the gospel task belongs to us all together as the Body of Christ.

“So in the end, we had nine denominations represented: The Salvation Army, the Presbyterians, Methodists, and Wesleyan Methodists, Baptists, Elim, AOG, Catholic as well as Anglican.”

For Bishop Kito, the service brought “a great deal of elation”.

In his opening remarks he acknowledged the local hapu, Ngati Rehia and Ngati Torehina, whose senior elders – Ringa Heihei and Hugh Rihari – were on hand, accompanied by a good turnout of their own people.

“I think it was wonderful,” said Bishop Kito, “that the descendants of Ruatara were there.

“I felt the strength of the gathering, the holiness of the occasion. I looked around and saw our deep unity as a Christian people gathered from the four corners, from all walks of life.”

Not tricked up, and no souvenirs

For Bishop Kelvin Wright of Dunedin, there was a sense that Oihi “is starting to feel like a holy place, a place where people want to go at least once in their life.”

He’s well placed to judge on that score.

After all, he’s walked the Camino de Santiago, and earlier this year he tackled a month-long bicentenary hikoi through his own diocese.

Part of Oihi’s magic lies in its authenticity, he reckons:

“There’s nobody at the gate charging you ten bucks to come in.

“It’s all very raw. It hasn’t been dollied up, and there are no mown lawns or souvenir shops.

“So there’s not much imagining required to put yourself into the missionaries’ shoes.”

And for Archdeacon Carole Hughes, “it really did feel that we were making history together.

“To have 1000-1500 people sitting quite still and listening, fully engaged and prayerful was awesome.”

Carole’s found herself thinking, too, of the ones from 200 years ago who don’t get talked about so much – the women and the children.

“They had big families back then – so to be true to the gospel, to model the gospel of love and hospitality in the midst of that hardship... It’s pretty amazing.”