Space to disagree on blessings

'A Way Forward' Working Group reports to General Synod on same-sex blessings but does not shy from disagreement. 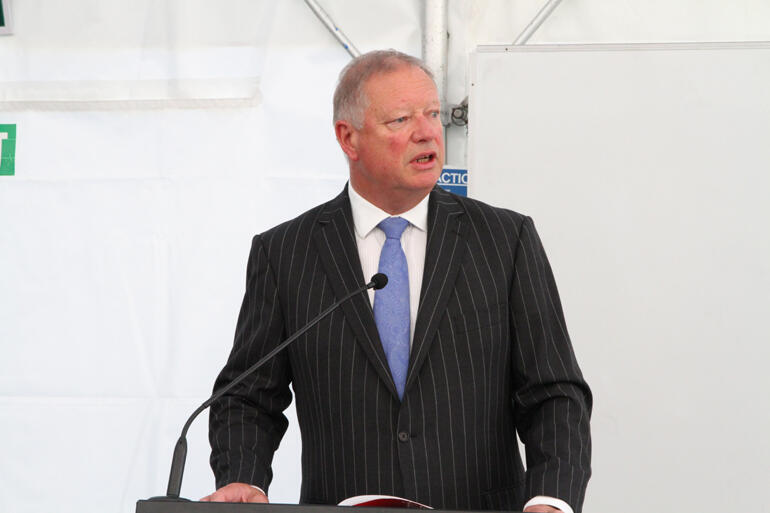 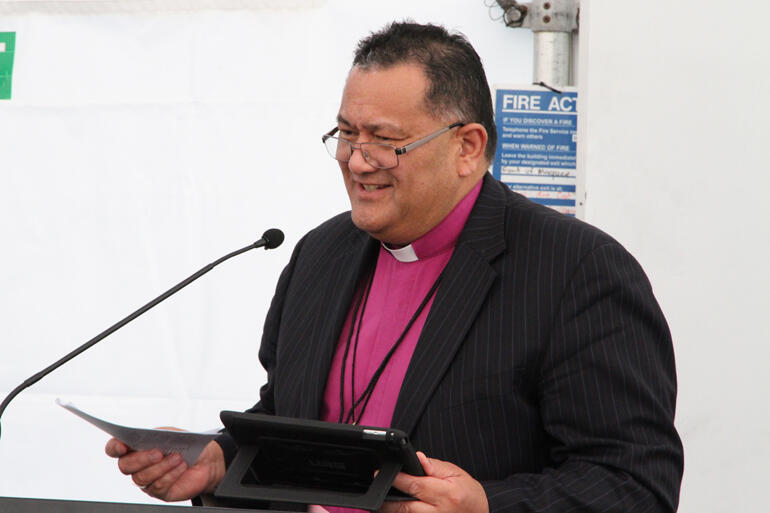 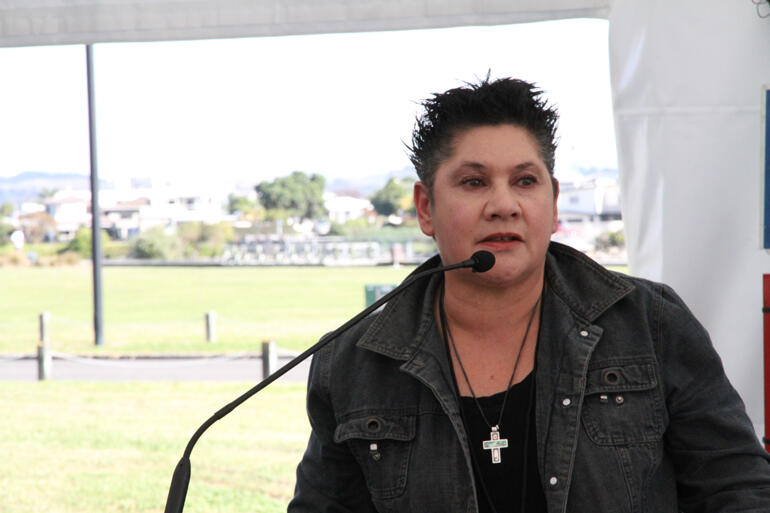 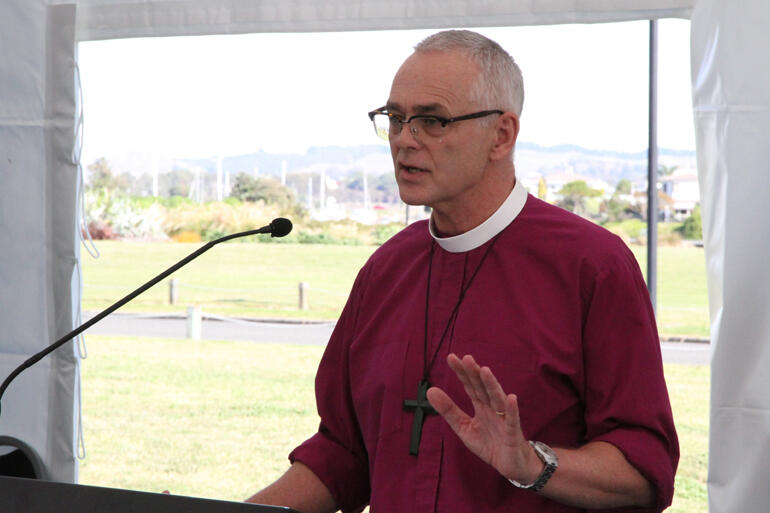 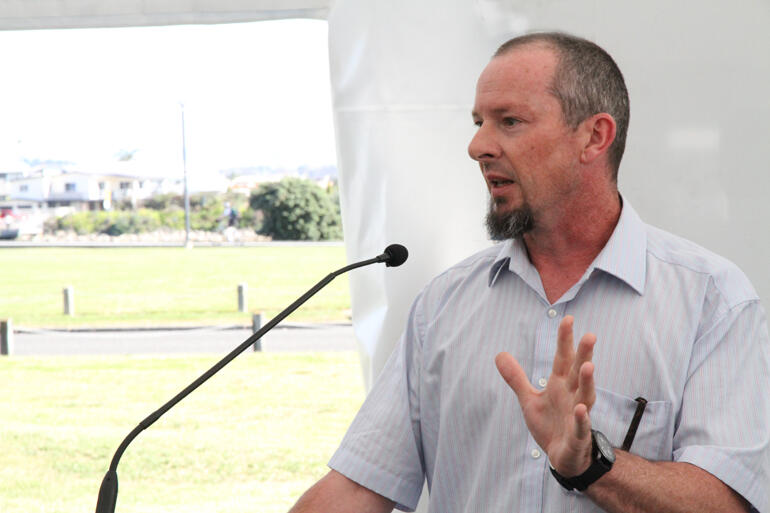 Recommendations on same-sex blessings were presented to General Synod/Te Hīnota Whānui this morning. But they were tempered by a call to live creatively with disagreement on the issues.

The presentation followed a motion (30) at the 2014 synod calling for ‘A Way Forward’ on blessings of same-sex couples in Anglican churches.

The 2014 synod had also asked for a form of worship (formulary) by which clergy could bless right-ordered same-sex couples in Anglican churches, with the support of civil law and church canons.

The chair of the ‘A Way Forward’ Working Group, Bruce Gray QC, reminded this year’s synod that the task was framed without expecting a new uniformity on the issues.

“We disagree,” he said, “but that is not always a bad thing.

“As a lawyer I work with disagreement all day, every day.

“I am not afraid of disagreement. Disagreement can be creative and formational – it is an opportunity to meet and learn about the other and change.”

Mr Gray noted that although the Working Group comprised Anglicans from across the spectrum of belief on such issues, they did not interact with anger.

He drew an analogy from constitutional law, speaking of two approaches to texts that set people on different paths to determine its interpretation.

“One way is to say that when a document was made, it was intended once and for all and it says everything on the subject.

“Another is to see the text as living and breathing and continuing to develop its meaning now.”

In presenting the Working Group report, Bishop Helen-Ann Hartley (Waikato) cautioned that perhaps the most contentious matter was whether doctrine could be up for debate and mature. She posed that “tradition is a verb as much as it is a noun.”

The Working Group tested the assertion of Motion 30 that there are two realities in this church on the blessing of same-sex relationships that cannot be amalgamated.

The report ended up resting on a ‘permit permit fulcrum’ that permits two integrities to exist within one church.

“It is a compromise,” Mr Gray admitted. “It does not give anyone the opportunity to say that the other is wrong.

“‘A Way Forward’ relies on an understanding that God created human beings to be companions to one another, so that we can live out the full scope of God’s love for each other.

“It is this selfless, giving love that ‘A Way Forward’ seeks to bless.”

As time has gone on, he added, the state has grafted legal consequences on to marriage, related to property and the care of children.

“When we marry people as the church, we do that whole basket of things.

“At this point we are not going to move from that being between a man and a woman.

“However, when we bless, we do not bless those legal consequences.

“This is about blessing a couple’s promise to live in a selfless, life-long and monogamous relationship – we are blessing God’s love when we find it, and believe it is present.”

Mr Gray noted ‘A Way Forward’ needed to fulfil legal obligations under the Church of England Empowering Act (1928), which requires formularies consistent with the doctrine and sacraments of Christ.

“We disagreed on where to find the doctrine of Christ,” he said.

“Is the doctrine of Christ the whole of scripture taken for what it says in context?

“Or is the doctrine of Christ everything in the Bible read literally?”

A majority of the Working Group believed that there are already sufficient legal protections for clergy who do not see same-sex blessings as consistent with scripture, doctrine or tikanga.

But Working Group member Graham Miller (Auckland) disagreed, referring to motion 19 in his name which requests better protection for clergy who cannot accept the blessing of same-sex couples, even if their diocese or bishop has done so.

Working Group member Bishop Kito Pikaahu said many shades of opinion were evident when the Tikanga Māori caucus spoke frankly and openly about the issues.

“There has been a suggestion that Te Pihopatanga, in a manner of speaking, simply puts its head in the sand in these matters,” he said.

“But Te Pihopatanga do wrestle and struggle with a full discussion on human sexuality.”

He referred to a priest in Tikanga Māori who had recently made a public declaration of sexual orientation.

“The fact and truth of that self-declaration was filled with love and integrity,” Bishop Kito said.

“It is not unusual for Te Pihopatanga to be so direct with ourselves.

“It is unusual though to be honest about putting oneself in a position of certain vulnerability, in particular in a matter of such importance.

“It is in large part about the integrity of the person.”

But it could also be a matter of life and death, Bishop Kito added.

“That’s often due to the pressure many find in having to conform to cultural expectations and fit within the wider society.

“It is a real deal issue for Maori as it is for anyone else.”

Bishop Kito commended the report to synod with the following words:

Working Group member Fe’i Tevi (Polynesia) explained how his tikanga affirmed its prior decision to not accept same-gender marriage in the church. That aligned the Diocese of Polynesia with tradition and with the constitutional frameworks of all Pacific Island nations.

But there was a third part to Polynesia’s contribution which asked that the talanoa  ̶  intentional listening and storytelling to understand the other and build relationship  ̶  was not yet over.

For that reason, Polynesia expressed a genuine desire to continue the talanoa even while retaining its traditional framework.

“The way that we can continue is in this report; there is space, there is freedom to continue the talanoa.”

“Even though I could not agree with some of what the group concluded, I think it is right to present it to synod, for the church to consider,” Dr Burgess said.

Moka Ritchie asked synod to consider what the recommendations might mean for conservative Anglicans.

“If we want to be an inclusive church, we must not choose to include one group in a way that will exclude others,” she said.

Graham Miller asked synod to listen carefully to what caused anxiety to Anglicans who are unhappy with ‘A Way Forward.’  But despite his misgivings he affirmed the desire to keep working toward a solution.

“I want to hold on to the sense of grace and accommodation we felt in 2014.”

Synod spent the best part of Monday afternoon discussing the report in a closed session.