The General Synod today offered an apology to a group of Tauranga iwi for the church's part in the sale of lands which were the birthright of those tribes.
• The Bay of Plenty Times/NZ Herald story
• The one who came home
• Video: Peri Kohu on Gate Pa 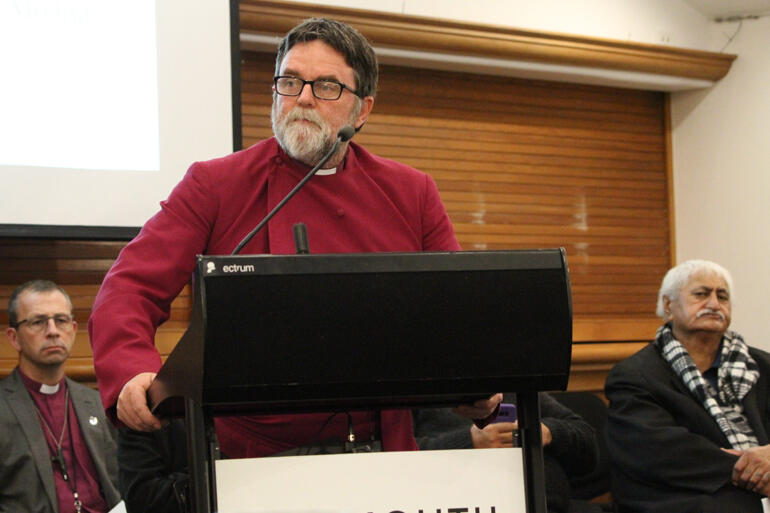 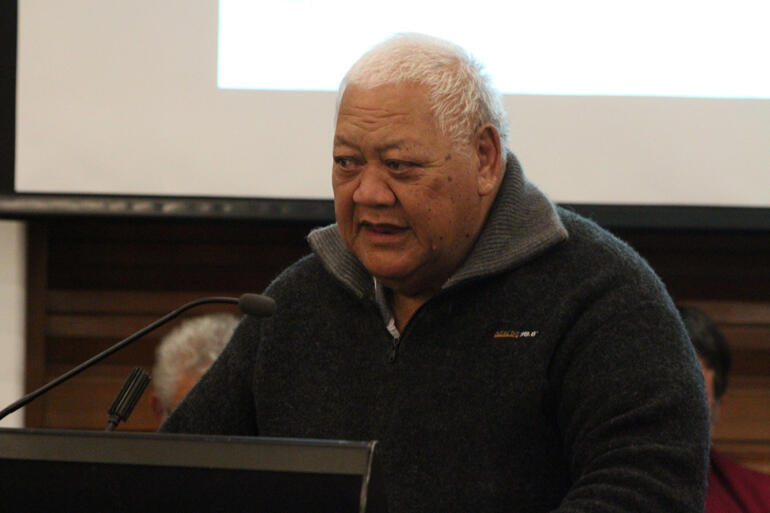 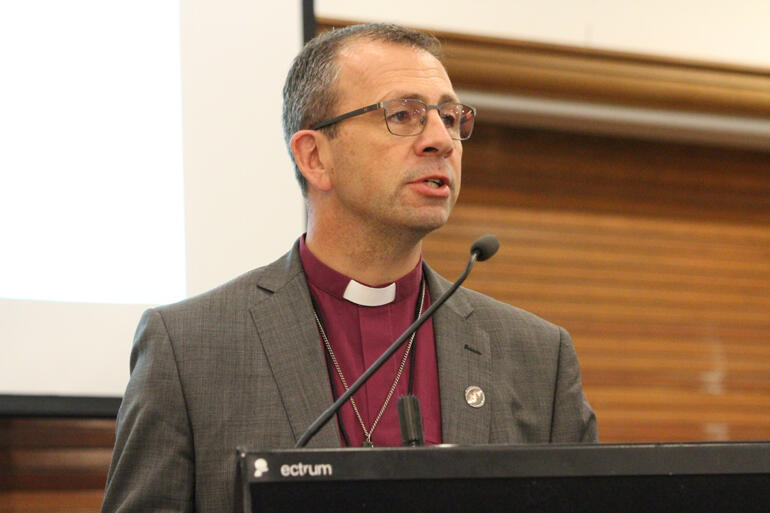 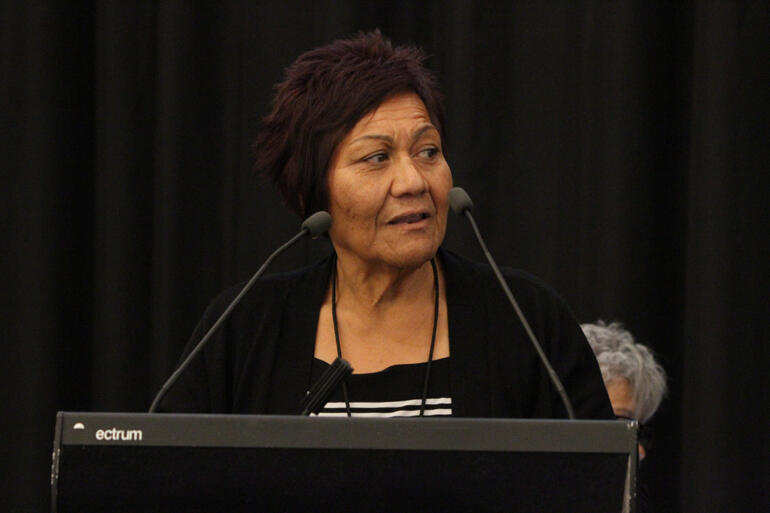 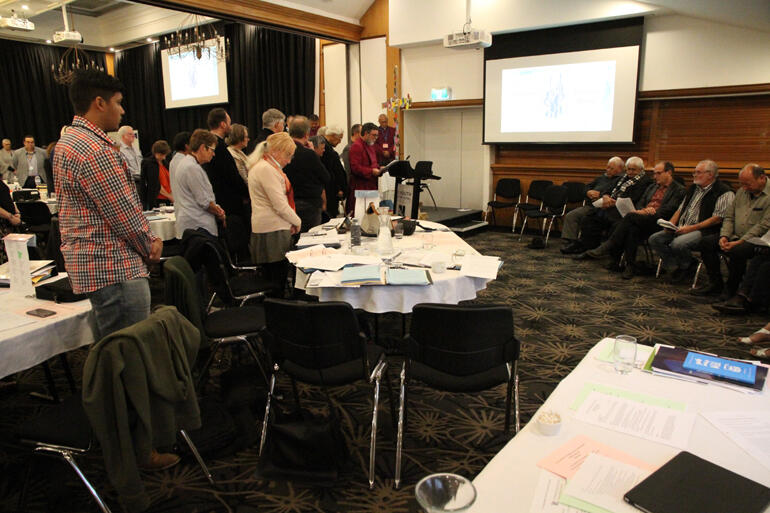 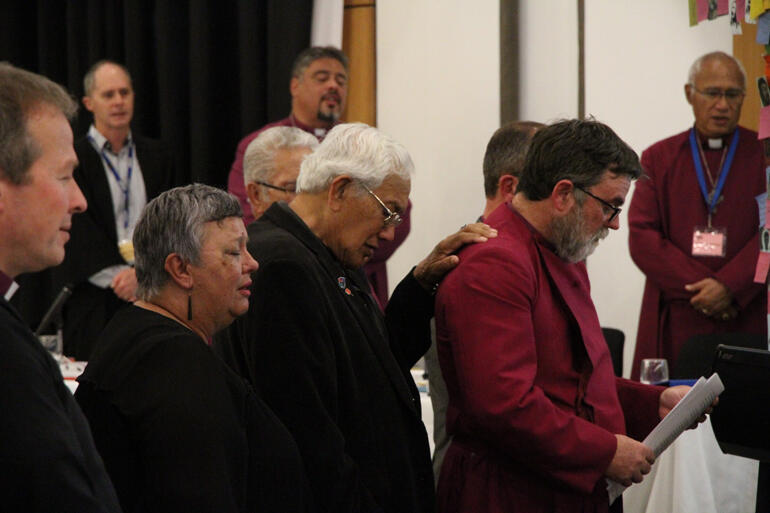 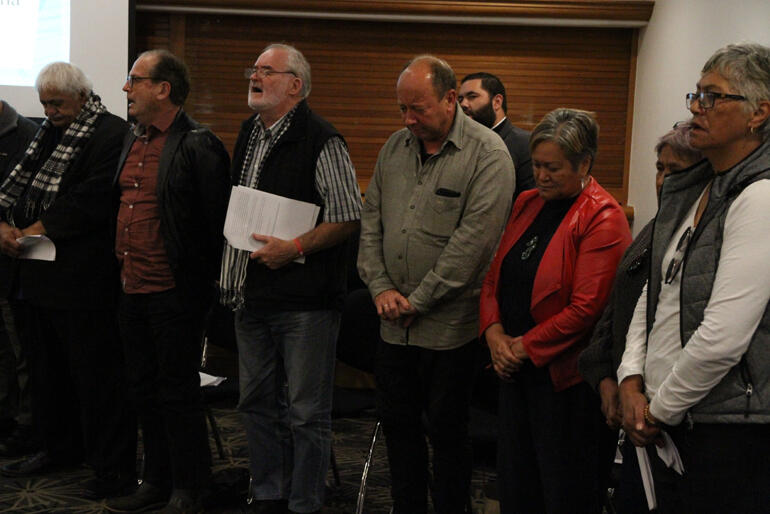 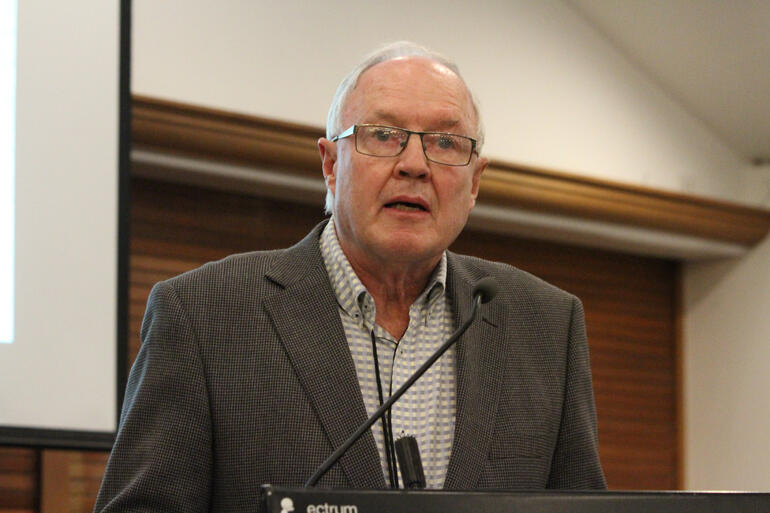 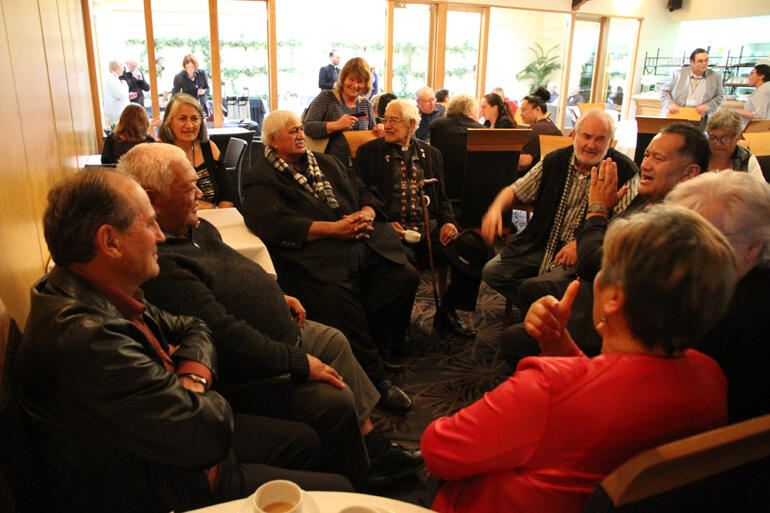 The members of General Synod rose to their feet this afternoon and stood in heavy silence as Archbishop Philip made a formal apology to a small group representing Tauranga Moana iwi.

That small ope was representing hapu and iwi who, because of the church's actions in 1866, lost their ancestral land and were thrown into a poverty from which they have struggled to escape.

The apology concerns the sale by the Church Missionary Society of a 1300-acre land block to the colonial government – on which downtown Tauranga has since been built.

Bishop Andrew Hedge explained the history of that transaction during his speech to the apology motion.

In the 1830s, he told the synod, the tribes of Tauranga Moana had asked CMS to come into their area.

In 1838, Archdeacon Alfred Brown did so on CMS's behalf, and he then negotiated with local Maori leaders to buy a 1300 acre block for use as the base for the CMS mission station.

Then, in 1866, the Church Missionary Society Central Lands Board resold most of that land to the colonial government.

"This land," explained Bishop Andrew, "is the heart of Tauranga City, land upon which the government made a settlement and upon which a city has grown.

"This land, however, was not sold to the CMS for the purposes of developing a city.

"Rather, the purchase that Brown negotiated was understood by the CMS to represent a sacred and solemn trust in order to develop the works of the mission and to protect the interests and mana whenua of local Maori – of nga iwi o Tauranga Moana, including Ngati Tapu and Ngai Tamarawaho."

Furthermore, explained Archbishop Philip, the sale of that land, without the agreement of Ngati Tapu and Ngai Tamarawaho, was a "basic moral error".

Because in age-old Maori understanding, he said, land which was given or sold by them for a specific purpose is only available for that purpose.

Once the land is no longer used or required for that purpose, it is to be returned to those who continue to exercise mana whenua­ over that land.

It's clear, nonetheless, that CMS was being placed under extreme pressure by the colonial government to sell the Tauranga mission land to them.

Bishop Hedge described the climate the CMS Land Board, Brown and Henry Williams found themselves in, nearly 30 years after the establishment of the mission, as "one of fractured relationships, broken trust and an intense pressure from the government to obtain land for the development of Pakeha settlement in Tauranga Moana."

In the face of that pressure, Archdeacon Brown and Williams had tried to fend the government off.

They had protested several times, and had drawn the parallel of Naboth's Vineyard (1 Kings 21) – which is a story about greed, and the theft of a powerless person's birthright.

In the end, though, Brown and Williams had caved in to that pressure.

Their part in the Tauranga mission lands story, said Bishop Andrew, is "a story of human failure under intense pressure, a story of integrity and high values that yielded to the forces of power, authority and greed."

Evan Turbott, from the Diocese of Waiapu, was one who rose to speak in support of the apology.

He explained that he'd lived in Tauranga for 25 years – so he hoped he belonged there.

But that was nothing, he said, compared to the people "who had lived, loved and depended upon that land" for hundreds of years.

Evan said he came to the motion "contrite over the broken faith of 1866, and the long, long, long years of official and societal indifference" to the generations who had been displaced by that broken faith.

Peri Kohu, who is a Ngai Tamarawaho kaumatua, spoke briefly in response to the apology.

"At that time," he said, "our ancestors were happy."

After the loss of their ancestral lands, however, "we lost our way a little bit... And I've spent my lifetime, and my parents and grandparents have spent their lifetimes, trying to figure that out.

"But today I see us coming together again. So on behalf of our people, I want to offer sincere thanks and gratitude to each and every one of you here. Who have seen the wisdom, and who have felt the spirit of reconciliation.

"Because in our corner of the world, people are still hurting from the actions that were taken by the colonial government in 1866.

"We have struggled to return to our former glory in what, in my eyes, is the most beautiful part of the country.

"Our Heavenly Father, God himself, put my people there.

"And I offer a prayer, that our Lord and out God would continue to bless this gathering."

In passing Motion 14, which is the formal apology for the loss of the mission lands, General Synod also recorded the church's commitment "to continue to pray for a final and mutually agreeable settlement to the Tauranga Moana land case before the Waitangi Tribunal."

Receives the report: "Naboth's Vineyard: Towards reconciliation in Tauranga Moana" researched and presented by the historian Dr Alistair Reese;

Notes that the pressure placed by the colonial government on the Church Missionary Society Central Lands Board "was undue and inappropriate";

Expresses the opinion that this pressure "constitutes a breach of the Treaty of Waitangi… in terms of the Crown's obligations regarding partnership, protection and participation of Maori gifted/sold land for particular purposes, as well as a breach of local Maori rangatiratanga of Maori land sold in good faith for a particular purpose, and held in trust by a recipient body for that purpose only...

Is 'affirming of the Waitangi Tribunal hearing of the Tauranga Moana land case';

And asks Archbishop Philip and Archbishop Don to report progress to the General Synod Standing Committee – and empowers GSSC to support and endorse "any actions needed and any applications made to church entities, trusts or donors in the restorative justice process…"