General Synod passes a resolution that will create a pathway towards the blessing of same-gender relationships, while upholding the traditional doctrine of marriage.
• The full text of the General Synod resolution
• The Archbishops' pastoral letter
• Earlier reports and pictures
• Jim White's assessment
• Kelvin Wright: Think again! 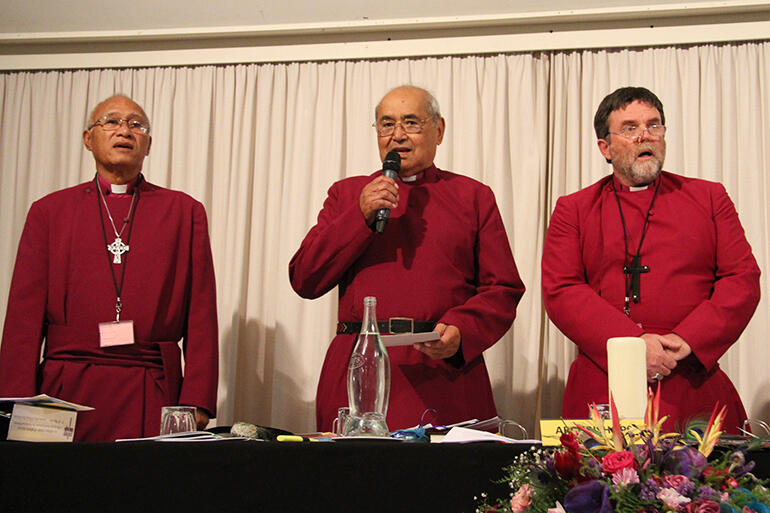 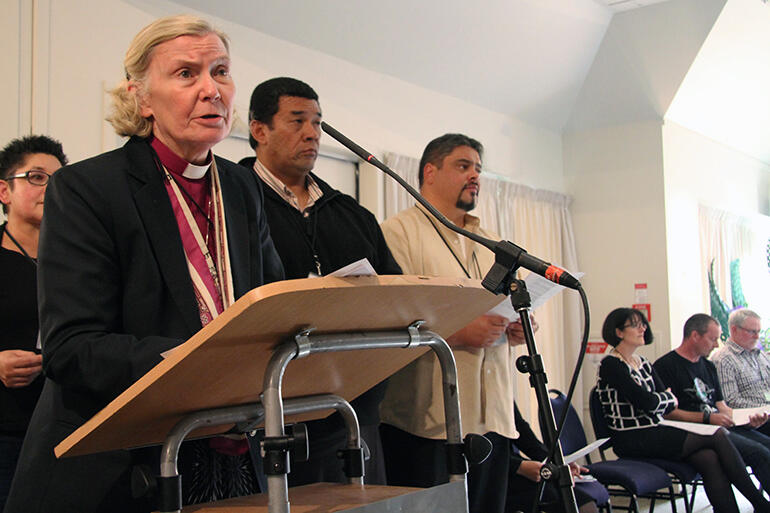 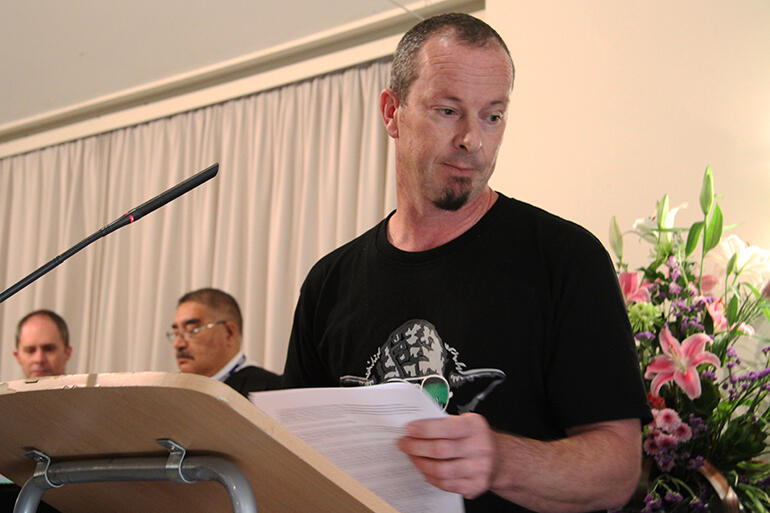 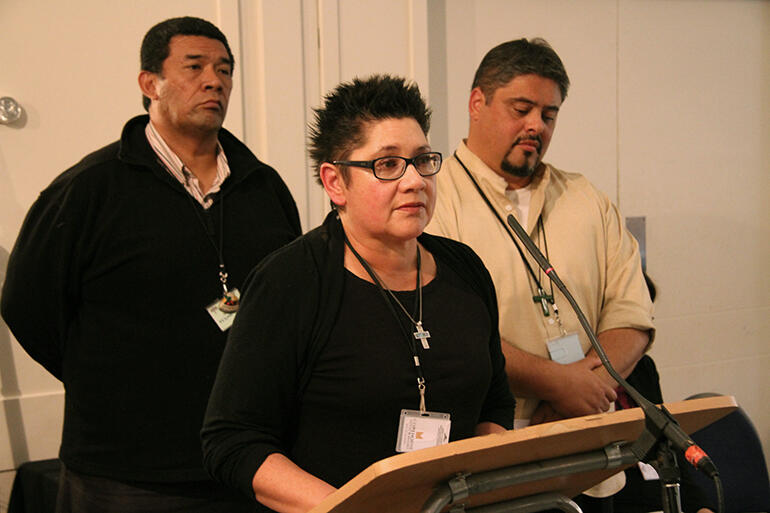 General Synod today passed a resolution that will create a pathway towards the blessing of same-gender relationships – while upholding the traditional doctrine of marriage.

It will appoint a working group to report to the 2016 General Synod on “a process and structure” that would allow those clergy who wish to bless same-gender relationships – using a yet-to-be developed liturgy – to do so.

The working group will also be charged to develop “a process and structure” to ensure that clergy who believe that same sex blessings are contrary to “scripture, doctrine, tikanga or civil law” to remain fully free to dissent.

The “process and structure” in their case would mean these clergy would not only be exempt from performing these same-sex blessings – but that their “integrity within the church” would be assured, and they would have full protection for their dissent in any relevant human rights legislation.

Synod has therefore upheld the traditional doctrine of marriage – but also moved to find ways to respond to committed relationships between two people, regardless of gender.

In effect, it has also established a four-year timeline for change to take effect: the working group will present its recommendations to the 2016 General Synod, and any constitutional and canonical changes would then have to be reported back to episcopal units before confirmation at the 2018 General Synod.

New liturgy to be developed…

The working group has been asked to propose a liturgy to “bless right-ordered same-gender relationships” – and to develop a process and legislation (whether church or parliamentary) by which such a new liturgy might be adopted.

Synod has also asked the group (which is yet to be formed) to report to the next synod on the impact of its work on the church’s theology of marriage, and of ordination.

The preamble to the resolution adopted by the General Synod also includes an unreserved apology to the LGBT community:

“Over many years,” this reads, “our church has become increasingly aware of the pain of the LGBT community. All too often our church has been complicit in homophobic thinking and actions of society, and has failed to speak out against hatred and violence against those with same-gender attraction.

“We apologise unreservedly and commit ourselves to reconciliation and prophetic witness.”

In the last part of the resolution, synod says it is “acutely aware of the desire of some clergy to make further response pastorally and prayerfully to LGBT people in their faith communities.”

Such “recognition,” however, “cannot be marriage or a rite of blessing of a same-gender relationship.”

“We recognise that this may cause even further distress,” the resolution says. But noting the commitment of the church to move forward, “we ask the LGBT community to recognise that any process of change within our church takes time.”

The Archbishops say that by adopting the resolution, synod has shown its commitment to protecting diversity in the church.

And they have expressed their gratitude for the way synod has debated the issues and come to its resolution.

Archbishop Winston Halapua says synod has shown “it is committed to ongoing talanoa as it considers change” and is following “the mandate of Christ to love one another at all times.”

“We have witnessed across the church,” he says, “a depth of extraordinary trust and respect. There is a unity in Christ in conversations that have enabled us to get to this point.

“There is a hope that this trust we have seen with faith, hope, and love will continue as change is considered.”

• The full, unedited text of the General Synod resolution is available here..