This church will step up its efforts to combat climate change through carbon offsetting and ecological restoration. 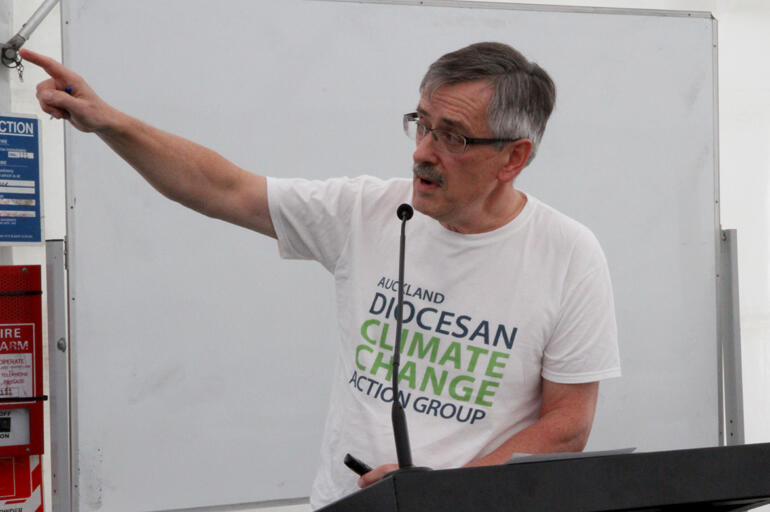 Rod Oram (Auckland) moved a motion asking the church to consider a carbon offset programme on church flights, co-investing in restoration projects with government or NGO agencies, and looking for opportunities to buy into ecological projects appropriate to church trusts.

He reported that this church’s major trusts have substantially divested since the divestment motion passed in synod 2014.

Both the Anglican Church Pension Board and Trust Management (which acts for St John’s College Trust Board) have begun to take a proactive stance on divestment.

Trust Management has created a fossil-free fund for its clients, while the Anglican Pension Board has offered advice on divestment to the Anglican Church of Canada and joined the Church of England in investor advocacy.

“The Anglican Church of Canada has also asked for our divestment synod motions and supporting background material,” Rod Oram told synod, “so we are leaders on this issue.”

“Not long after our synod agreed to begin divesting, the worldwide sum of divested funds sat at US$50 billion: coming from 181 institutions and 656 individuals worldwide.

“But the fossil fuel divestment campaign is moving much faster than previous church-led campaigns against apartheid or tobacco.

“By April 2016, 515 institutions worldwide had divested, including 27% faith-based organisations.

In 2014 synod passed an amendment from Tikanga Polynesia asking the church to look into reinvesting funds taken out of fossil fuels, into conservation of ecosystems and biodiversity “in regions that are vulnerable to climate change and sea-level rise.”

Rod Oram reported it had been easy to find great projects: in regenerating native forest, planting trees to sequester carbon, or halting logging.

But it had been harder to find projects that could offer the return our trusts need to fit with their fiduciary obligations.

“Projects would need to be very secure, marketable and financially viable for our trusts to consider investing,” Rod Oram said.

“But this motion asks our trusts to keep a watching brief on any opportunities for viable investment that may arise.”

Rod Oram detailed how carbon offsetting on church flights is a legitimate way for the church to respond to lowering its environmental impact by supporting ecological restoration projects.

“We can work through Enviro-Mark,  a susbsidairy of Landcare Research, the Crown research institute, which guarantees forest regeneration projects that are measured and well-managed,” he said.

“And it is not a large amount of money.”

Enviro-Mark estimated that the carbon footprint for travel to this Hīnota Whānui came down to $2.76 per flight.

“That’s the cost of half a latte, or maybe two thirds,” Rod Oram said.

“It is not a big amount, but this movement to combat climate change is about an infinite number of people making infinitessimally small gestures, all the time.

“We can save God’s creation, at the equivalent cost of one latte at a time.”

The motion (#11) passed without amendment.