Sir Paul Reeves is brought to the Church of The Holy Sepulchre, where he will lie in state for three days. And the challenges to reclaim him begin. 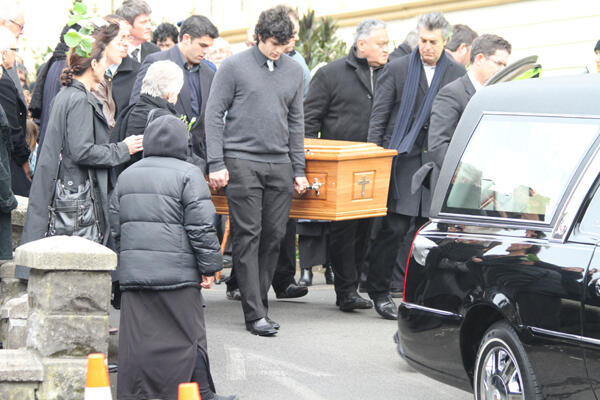 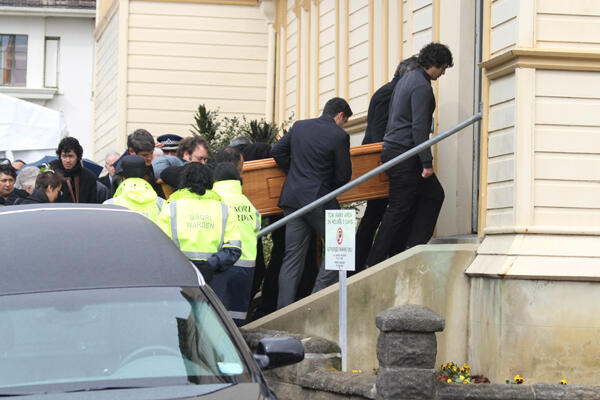 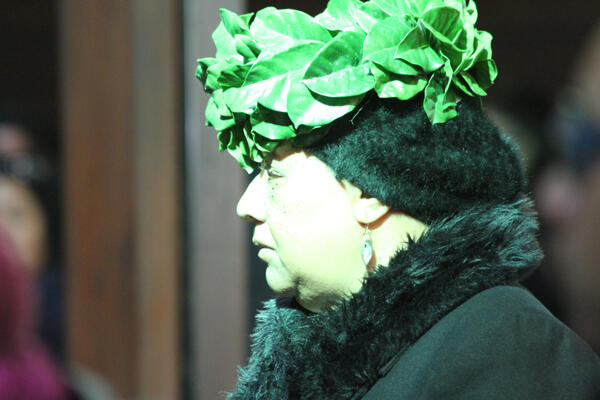 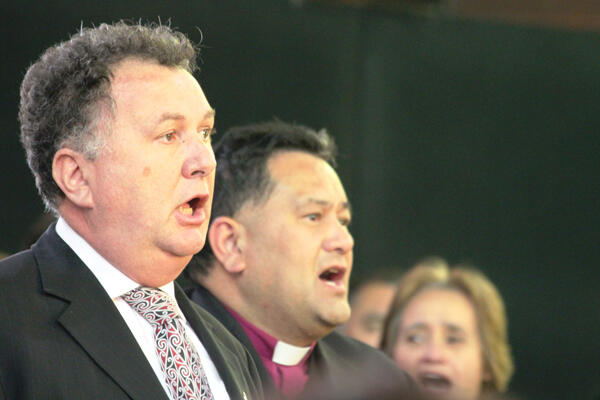 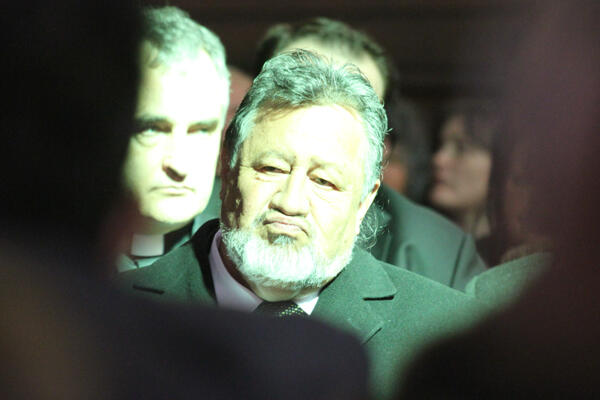 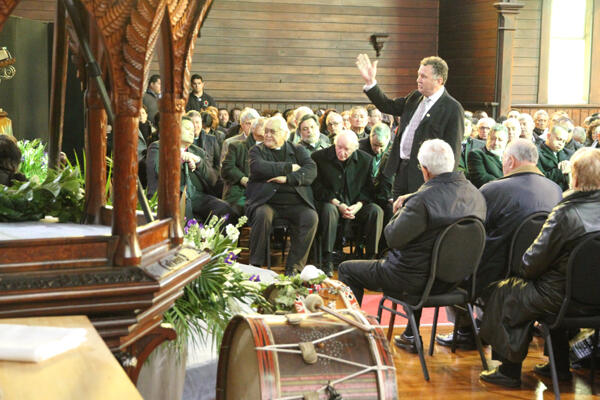 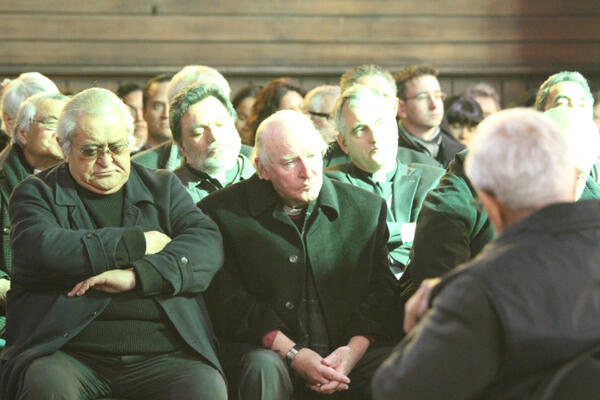 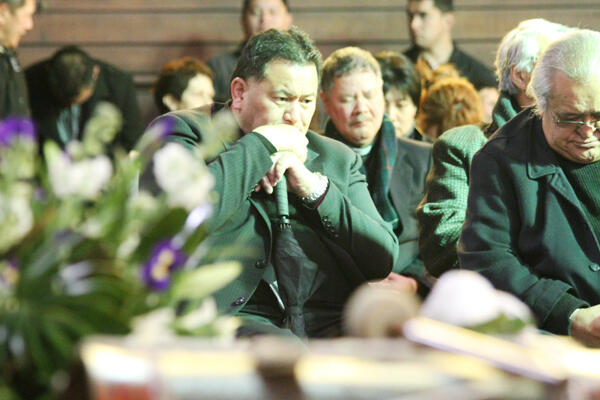 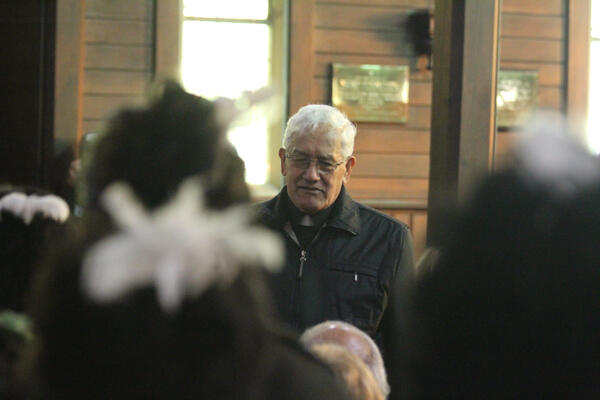 The hearse bearing Sir Paul Reeves pulled up outside the Church of the Holy Sepulchre – in effect, the Tai Tokerau cathedral – at 2pm today.

It was the bleakest of winter afternoons, the coldest that Auckland has known this year.

Up to 250 Taranaki people huddled outside the front steps of the church, braving a snow flurry, waiting to pay their respects to their fallen kinsman, waiting for the three-day tangi to begin.

Inside the church, the tangata whenua, the people of Te Pihopatanga o Te Tai Tokerau, led by Pihopa Kito Pikaahu and a large roopu from Ngati Whatua, waited to welcome them.

Sir Paul’s casket was borne up the steps into the church – and then the visiting mourners were called on.

They filed slowly between kaikaranga, who lined the central aisle, each wearing a coronet of puriri leaves, and the solemnity of the occasion was thumped home by the slow beat of a bass drum.

A number of women wept, no doubt moved by the dignity of Lady Beverley Reeves, once more proudly bringing her husband to his tikanga.

The powhiri for the Taranaki iwi continued for the better part of two hours, and in the spirit of upholding Sir Paul’s mana, two separate tonu were laid.

Ruakere Hond laid down the challenge for him to be brought home to his ancestral home. He should return with them to Taranaki, he said.

And Te Ururoa Flavell, the Maori Party MP for Waiariki, called for Sir Paul to be taken back to Rotorua – to lie next to Bishop Fred Bennett and his son, Bishop Manu Bennett.

Erima Henare, the chairman of Te Taura Whiri, the Maori Language Commission, responded to those challenges.

Taranaki and Nga Puhi have, in the mists of genealogy, shared whakapapa – so when Sir Paul lies in the north, said Erima, he will also be at home in Taranaki.

He also pointed out that the full name for Waiheke Island, in the Hauraki Gulf, bears witness to the fact that the Arawa waka first made landfall on that island – so, again, Sir Paul is in Arawa country when he’s Auckland.

The afternoon was punctuated with poignant moments.

Speaker after speaker acknowledged Sir Paul’s contributions – not just in “giving wise counsel to kings,” as Shane Jones put it, but in reaching out to people from all walks of life.

Outside the church, Kathryn Beck, the lawyer who worked with Sir Paul on the commission that recommended the comprehensive overhaul of St John’s College, described him “as the most inclusive person I ever met.”

Other mourners, like the Maori Affairs Minister, Pita Sharples, paid tribute to Lady Reeves for sharing her husband not only throughout their life together but now in death.

Before Sir Paul had arrived, and while the Ngati Whatua roopu were being welcomed, Joe Hawke – the man who led the Bastion Point campaign, and who became a Labour MP – paid tribute to the church in which he was speaking.

Thirty three years earlier, he said, he had been tossed in jail during the Bastion Point occupation. He came out of prison with no place to go.

“Who would take this troublemaker? This radical?” he asked.