Co-Chair of the InterChurch Bioethics Council, the Rev Dr Graham O’Brien unpacks the problems that remain in the new version of the End of Life Choice Act. 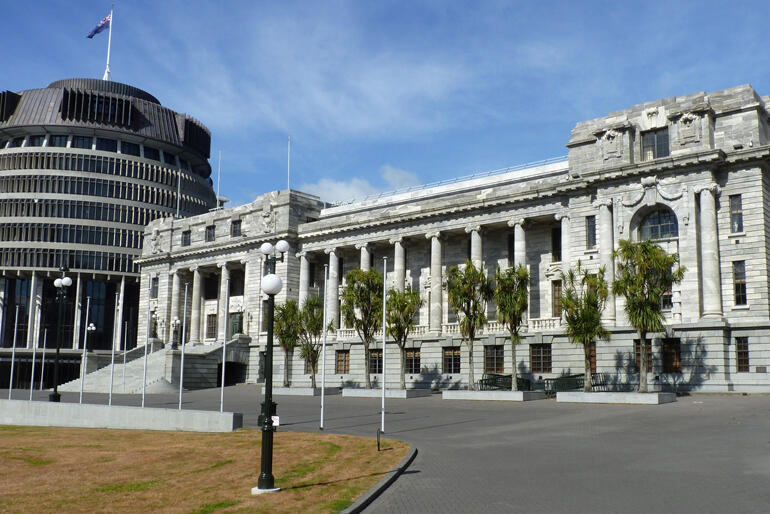 In November 2019, the End of Life Choice Act 2019 (EOLC Act) passed its third and final reading in Parliament after a two-year process. During this time, the Justice Select Committee examined the largest number of submissions in our legislative history.1

Now, at the 2020 general election, New Zealand voters will decide whether they support the Act or not through a binding referendum based on a simple yes-no question on the Act.

So, what are the amendments to the Bill, and where does it leave us?

What does ‘assisted dying’ mean?

Assisted dying is defined as:

There are several points to consider in this. First, the phrase “assisted dying” can be confused with legal medical practices currently offered in NZ by organisations such as Hospice NZ to assist in dying: such as giving pain medication, or removing breathing tubes.

By contrast, the EOLC Act enables medication (that causes death) to be delivered by a medical practitioner (doctor) or nurse practitioner – euthanasia; or the self-administration of that medication – assisted suicide.

Second, the Act has removed the phrase “lethal dose of medication to a person to relieve his or her suffering by hastening death”. By removing “lethal dose” the Act is masking the fact that the medication causes death, rather than the underlying condition.

The phrase “hastens death” also gives the impression that the person dies because of their underlying condition. When a patient’s life support is switched off by a medical practitioner, natural death is hastened. When lethal medication is administered to a patient, the patient is killed.

Third, there is a broadening of who can be involved in the administration of medication. The Act now allows both medical practitioners (doctors) and nurse practitioners to administer the life-ending medication.

Has the End of Life Choice Bill been made safer?

The original version of the EOLC Act (2017) was very broad, providing assisted dying to anyone over 18 years with a terminal illness that is likely to die within 6 months; or has a grievous and irremediable medical condition and is in an advanced state of irreversible decline in capability and experiences unbearable suffering that cannot be relieved in a manner that he or she considers tolerable.

The amended EOLC Act has removed the phrase “grievous and irremediable medical condition” and so restricted assisted dying to only those with a terminal illness.

However, the Bill does include a review process (after 3 years, and then at least every 5 years) which can suggest amendments to the legislation that are necessary or desirable.3

Such wording leaves the possibility open for further liberalisation of the legislation. This may include increasing the number of acceptable conditions, or even reducing the age limit from 18 years old if this were deemed desirable.

The second issue around safety concerns the safeguards that the EOLC Act puts in place. The EOLC Act does require those seeking assisted dying to be competent. This means a candidate for assisted dying must understand and retain the necessary information as well as communicate their decision.

There is however no mandatory stand-down period as seen in other jurisdictions.

Nevertheless, the Act does allow a person to withdraw from going through with assisted dying at any stage.

A stand-down period would also help to “ensure that the person expresses their wish free from pressure from any other person” (s11h). The EOLC Act does make it clear that a discussion of assisted dying “must not be initiated by health practitioner” (s10), however, unless a complaint is made by a patient, it is difficult to assess/regulate this.

Also, a request for assisted dying cannot be made through an Advanced Care Directive.

Another proposed safety mechanism is the two-doctor system. This system has not been altered from the first draft of the EOLC Act. The main issue here is that only the primary medical practitioner may know the person requesting assisted dying to any depth.

The main issue here, is that the medical practitioners from the SCENZ group have no long-term relationship with the person, and neither doctor in this system is in a good position to identify coercion.

A new safeguard is the inclusion of a psychiatric assessment, but only where competence is not established to satisfaction by one or both of the medical practitioners (s15).

There is no mandatory psychological assessment as part of the process to determine underlying conditions such as depression.

Such a diagnosis may be beyond the skill set of the two medical practitioners (one of whom may be a nurse practitioner). It is worth noting that the psychiatrist appointed is also a member of the SCENZ group.

Another major concern is the potential exclusion of family-whānau from this whole process.

1. The conscientious objector still remains complicit, in that they are still required by law to pass on the details of other medical practitioners who will perform assisted dying practices;

2. The Act does nothing to prevent doctor-shopping i.e. where a person can go to multiple medical practitioners in order to find one who will do what they want.

So what will we be voting for?

The legislation on the referendum dictates a simple question with two options:

Do you support the End of Life Choice Act 2019 coming into force?

Yes, I support the End of Life Choice Act 2019 coming into force.

No, I do not support the End of Life Choice Act 2019 coming into force.

This question is very general and assumes that the voter has been fully informed about the meaning of assisted dying, its consequences, and the contents of the Act.

So overall, the question remains - has the EOLC Act been made safer and therefore more acceptable for New Zealand to adopt?

There are aspects of this Act that have been made safer by restricting assisted dying to the terminally ill only. However, as indicated, there are many aspects to this legislation that mean it should not be accepted by New Zealanders, especially since the Act seeks to make the ending of a life a normal part of end of life care practices that are already legal and practiced in New Zealand, and includes the possibility of future liberalisation.