Three brothers from the Taizé Community have a message that touches young Kiwi hearts. 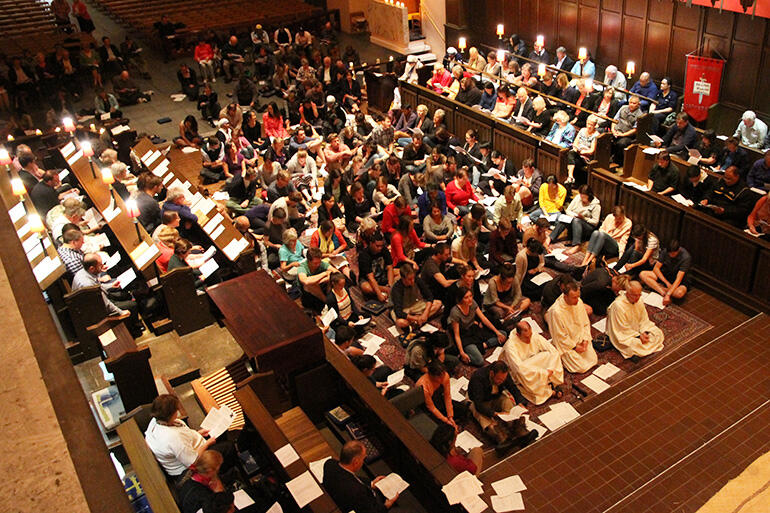 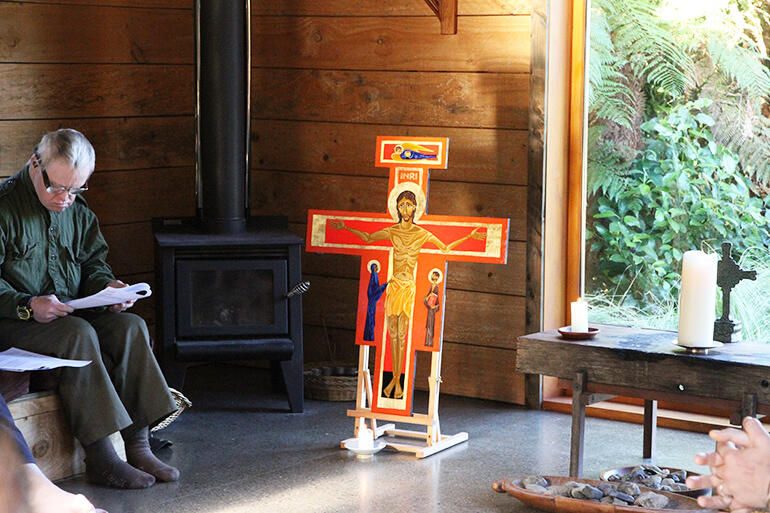 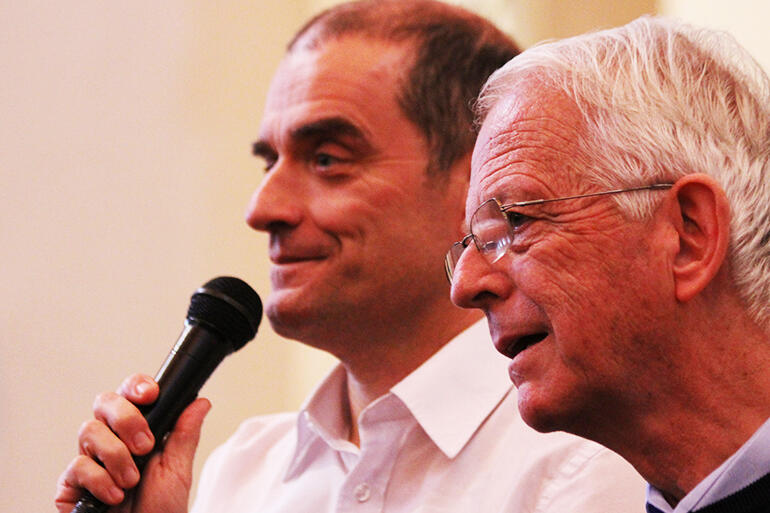 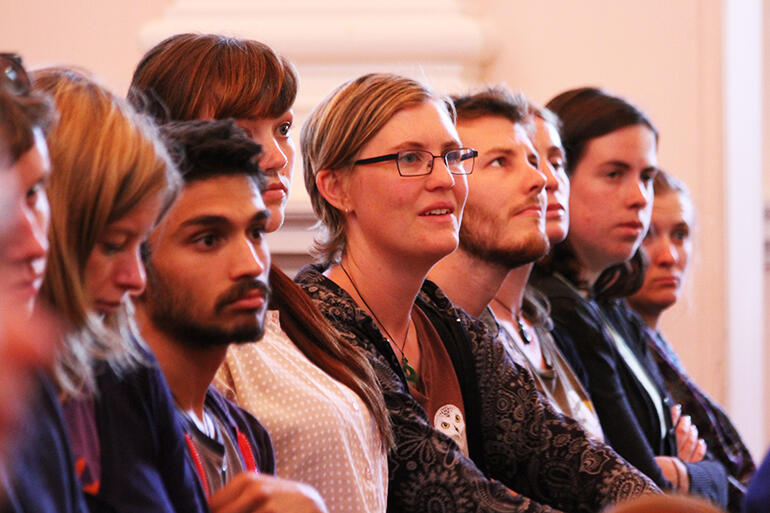 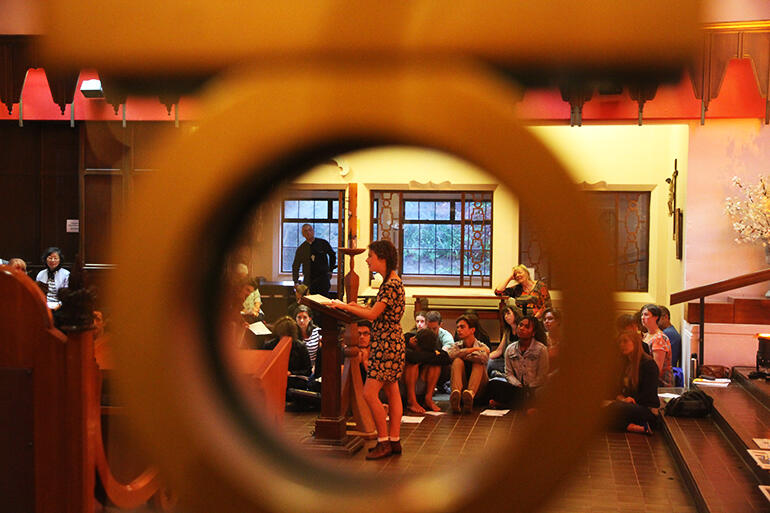 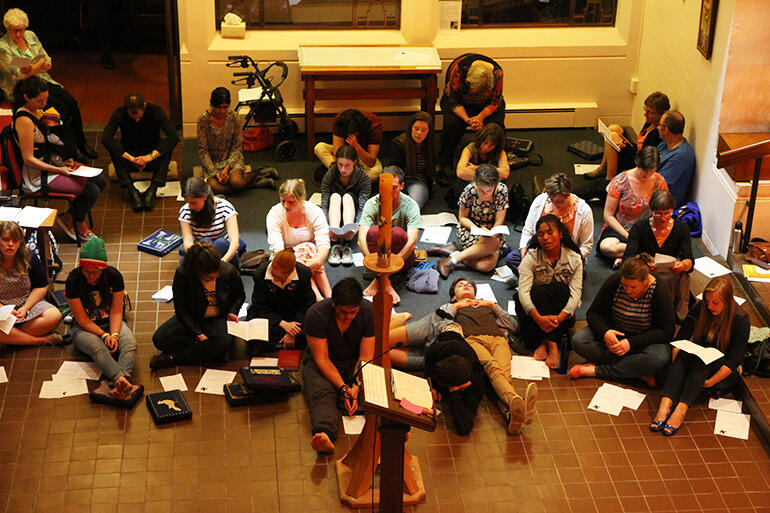 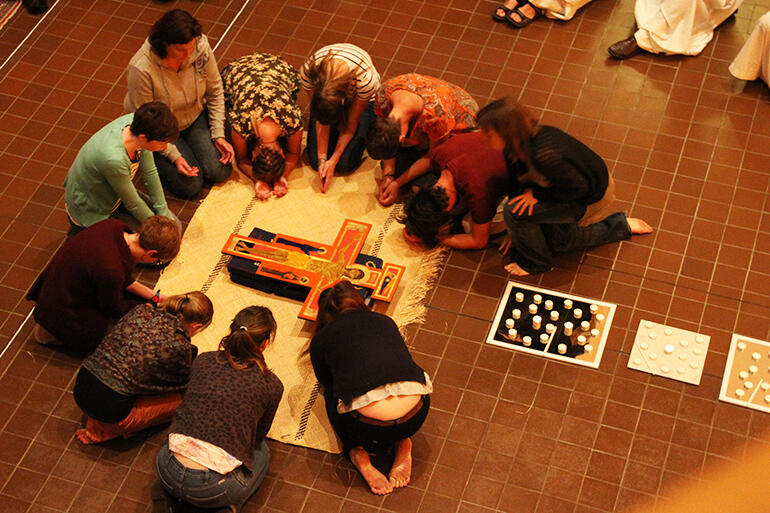 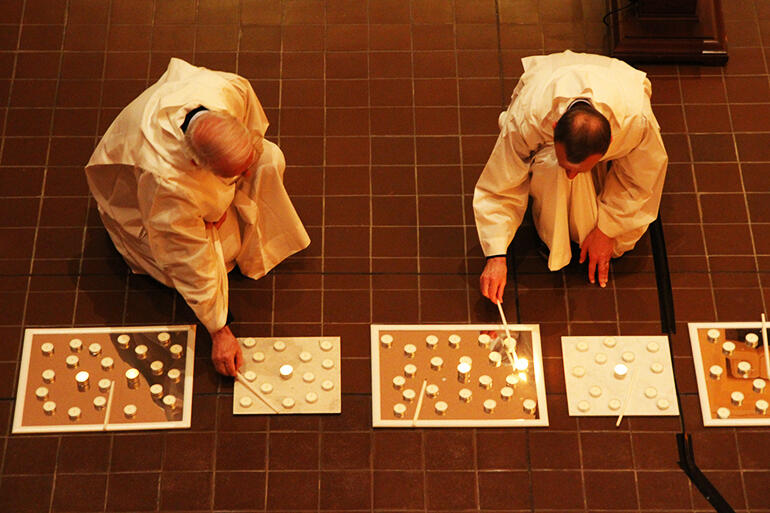 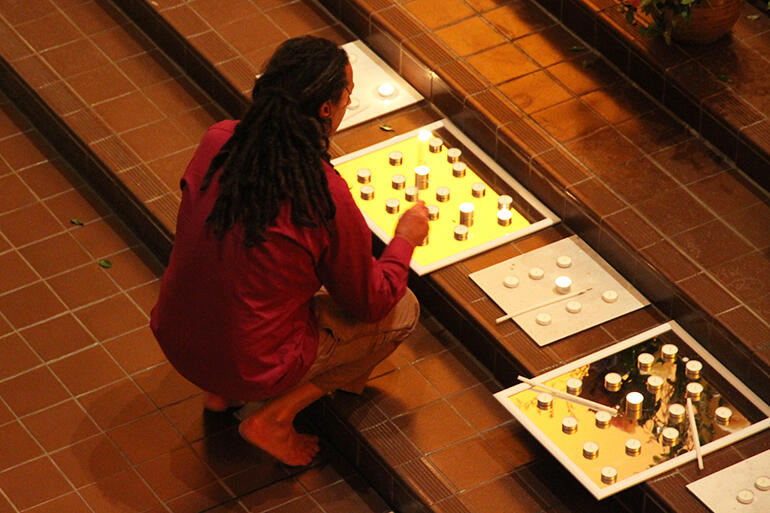 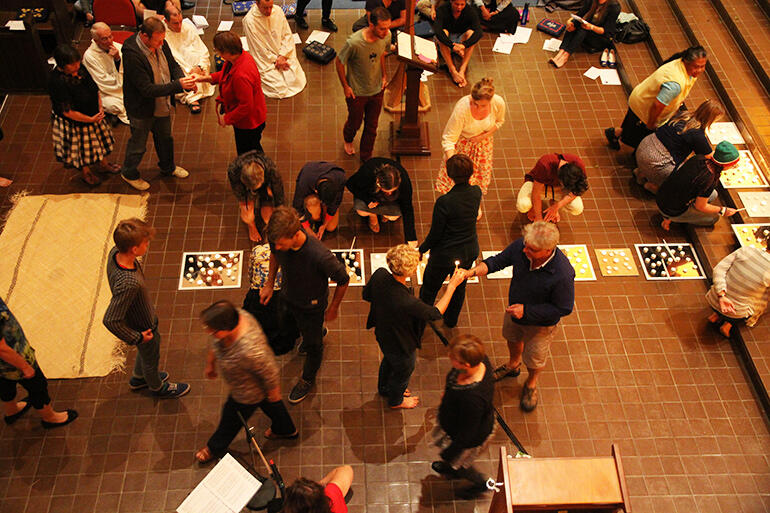 Young people - if you want them in church, you’d better have a slick, high-wattage worship band up front, right? And there needs to be some entertainment value about the gig, doesn't there?

Not if what took place at St Paul’s Cathedral Wellington last evening is any guide.

About 300 people – the vast majority of them in their early 20s – turned up for a service of evening prayer led by the Prior of the Taizé Community in France, Brother Alois, and two other community members, Brothers Ghislain and Matthew.

At the brothers’ encouragement, the young people took the kneelers and plonked themselves down in the space between the choir stalls, from where they spent maybe 90 minutes singing Taizé’s metronomic scriptural chants, listening to Bible readings, spending long minutes in silence, and listening to a short meditation by Br Alois.

All that must have got to them, too.

Because towards the end of the service, when the brothers invited them to pray around an icon of the cross laid on the floor… just about every one of those young people came forward and knelt, many with their foreheads on the tiles, while the chants: Jesus, remember me; Stay with me; In manus tua and I am sure I shall see (Psalm 27: 13) washed over them.

Their veneration, their adoration, was palpable.

Mind you, the Taizé brothers wouldn’t have been entirely surprised by that.

So if you do the maths – roughly 60,000 young people each summer, for 50 years – you can see that these guys know a thing or two about what works in ministry to young people.

The three brothers who are visiting New Zealand are in the final stages of a three-year ‘pilgrimage of trust’, which has already taken them to Africa, Asia, and the Americas. Their aim, in part, is to build solidarity with people in the countries from which those young Taizé pilgrims come.

In Wellington the brothers were hosted by Bishop Justin Duckworth, and in Christchurch – where they are this evening – by Bishop Victoria Matthews, both of whom have made or led pilgrimages to Taizé.

The three brothers who are visiting New Zealand are a sign of the reconciliation they stand for.

Brother Alois, who is German, and Brother Ghislain, who is from Belgium, are baptized Catholics – while Brother Matthew grew up in an Anglican home in Yorkshire.

Brother Matthew’s life is testimony to the spell of Taizé.

Instead, he fell in with Christians who decided to head off to Taizé during their holidays.

Matthew was stirred by what he experienced, so he returned after his university exams, with a question burning in his bones:

“Or does he still mean it today?

“In that second visit, I understood that the brothers were from different churches.

“I also knew that Jesus had prayed (John’s Gospel, Chapter 17) for the unity of his disciples. That was like a light being switched on.

“Because here was a group of people who were living something that Jesus prayed for.

Brother Matthew's epiphany was 28 years ago. So what keeps him on the Taizé road?

“Well,” he says, “Jesus doesn’t say come and follow me for ten minutes, or for a month – it’s for all of your life.

“After the resurrection, Jesus said to St Peter: ‘Follow me’.

“That means His invitation wasn’t just something restricted to his earthly life.

“Those are words which he continually says to us, day-by-day.”

Brother Matthew says he was moved by what saw in Wellington.

“I was struck,” he says, “by the number of young adults who were here this evening. We’ve been in Melbourne and Brisbane, and this is a big number here compared to there.

“That says something to me.

“It tells me that there’s a whole bunch of young adults in the churches here in Wellington, and perhaps in New Zealand, who are searching for a contemplative way of praying, and who have that longing for silence.

“That’s a great sign of hope, because in today’s world there’s so much hustle and bustle, and to be able to dare to stop before God… that’s very important.”