Bishop Katharine Jefferts Schori focussed on freedom in her Sunday sermons at Holy Trinity Cathedral (Auckland) and St Michael and All Angels (Christchurch). 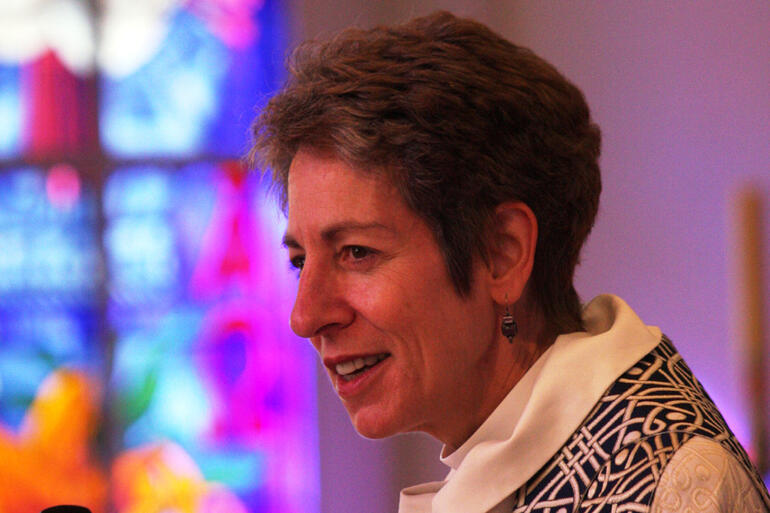 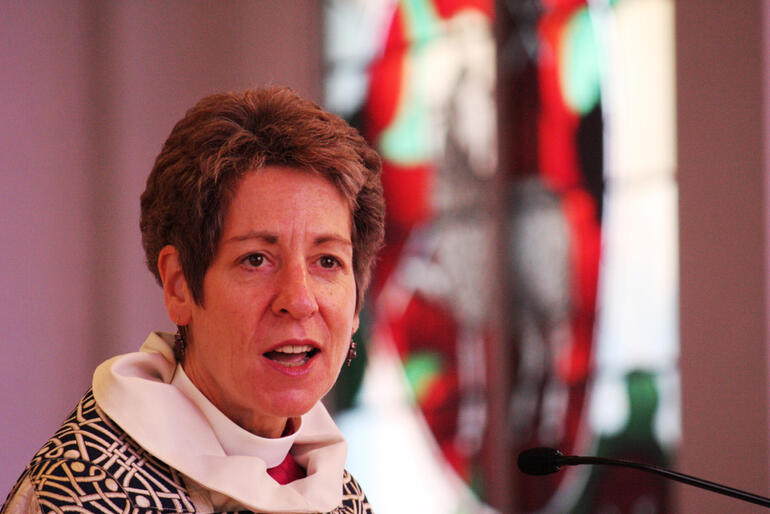 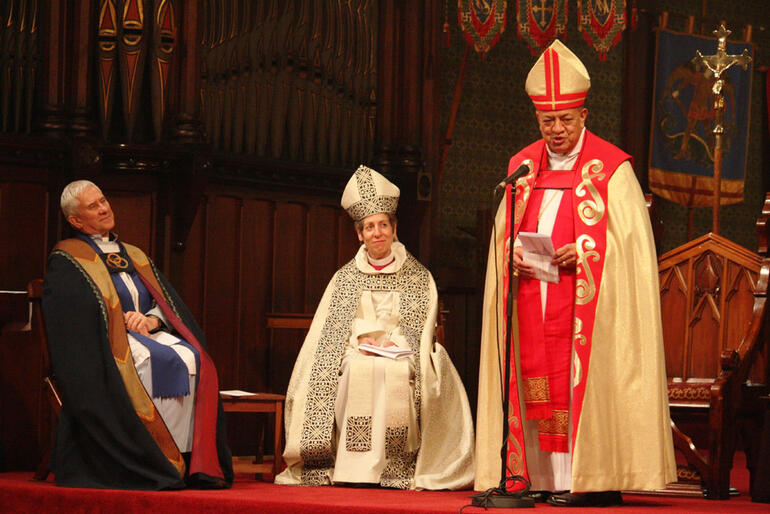 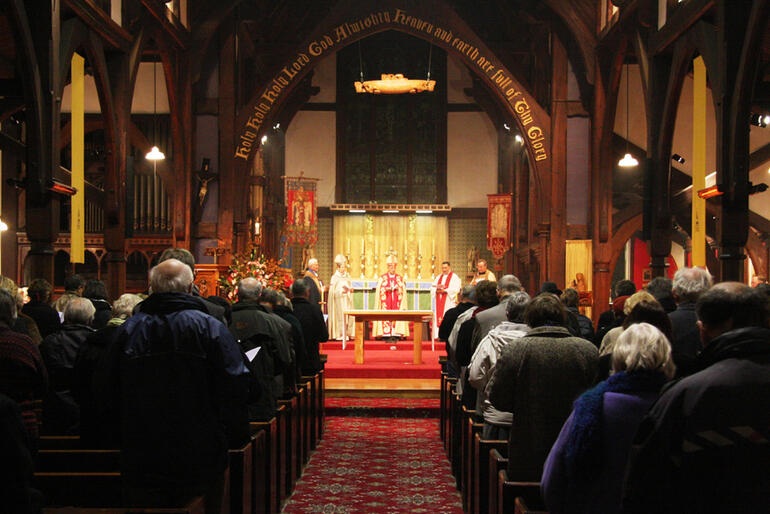 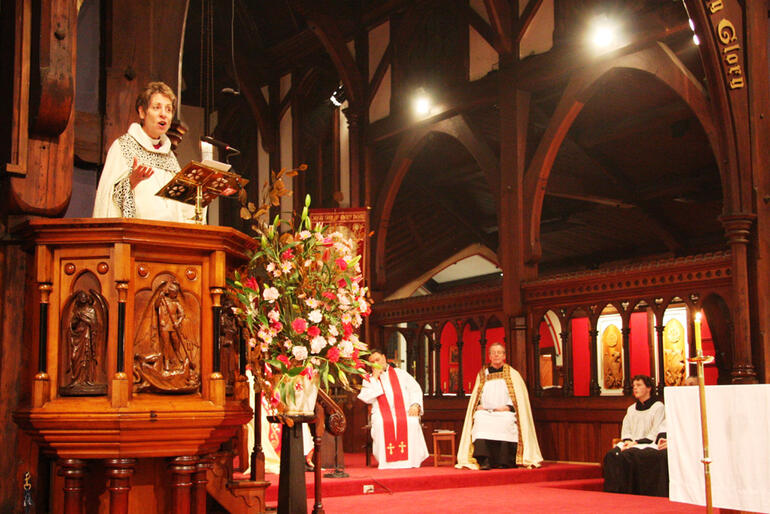 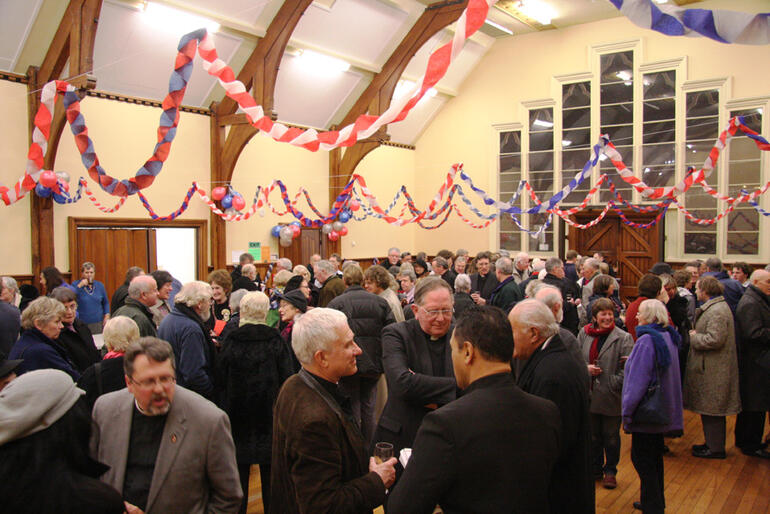 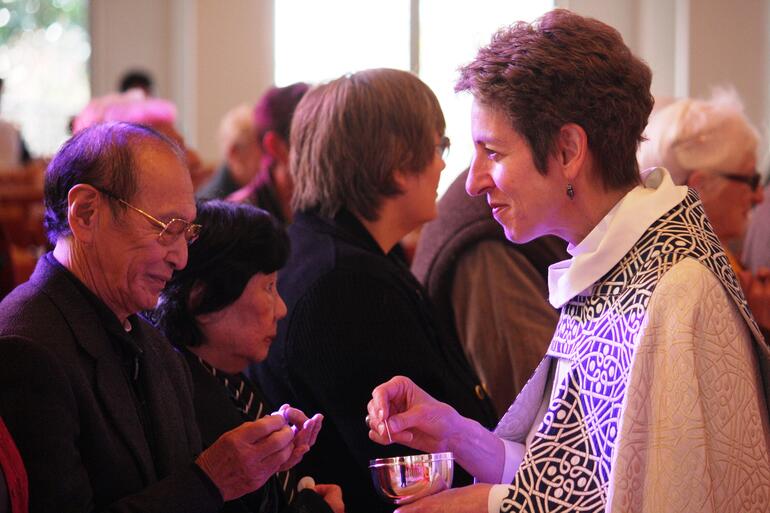 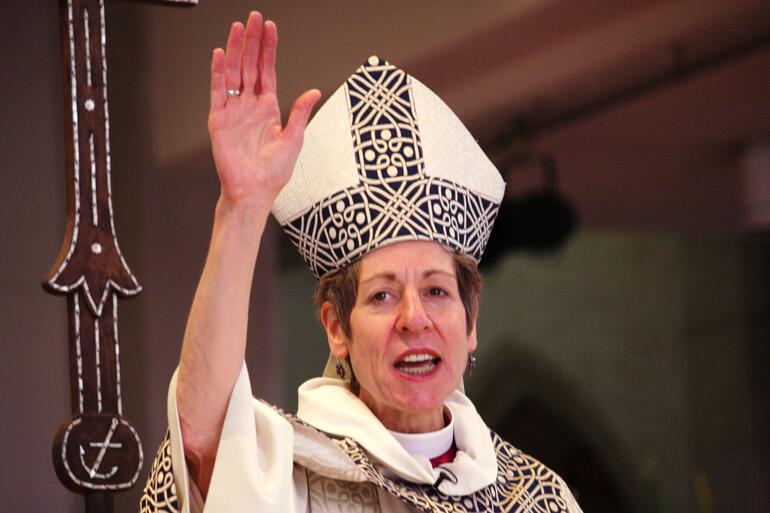 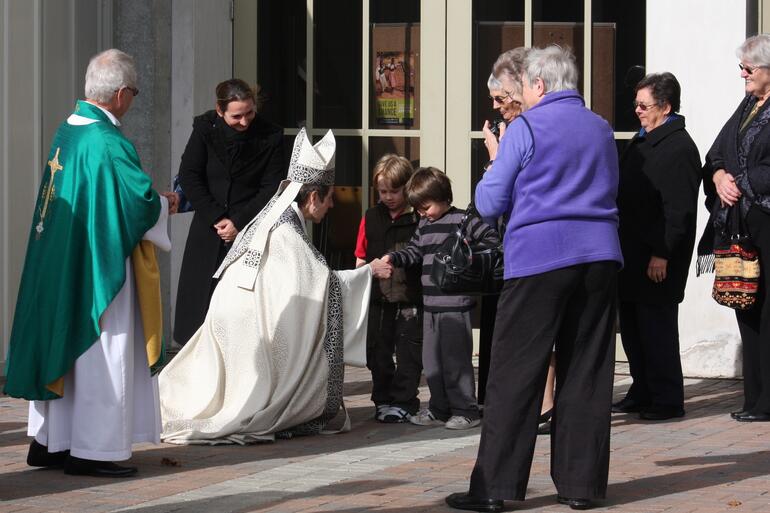 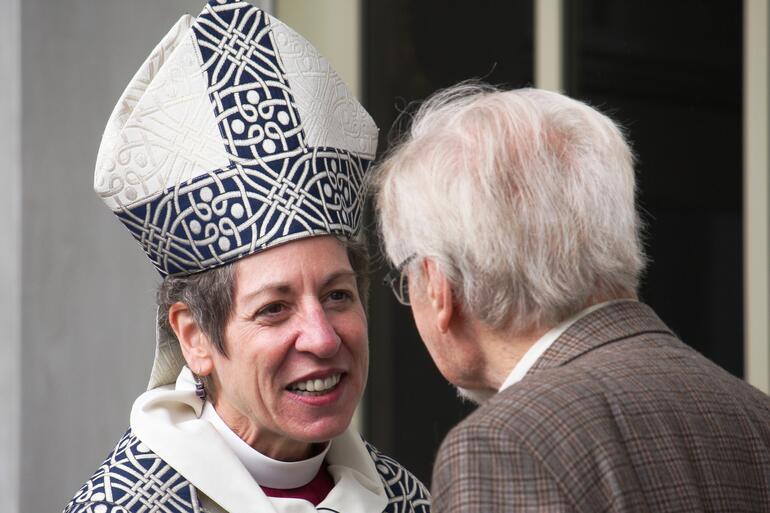 On June 27 Bishop Katharine Jefferts Schori preached at Holy Trinity Cathedral, Auckland, in the morning, and at evensong at St. Michael and All Angels in Christchurch.

Well, I rejoice with you over the success of the All Whites, and lament their exit.

All the hoopla around the World Cup brings to mind another athletic celebration.  In 1968 two American athletes stood on the podium in Mexico City and raised their fists. They wanted to make a statement about freedom and their lack of it, for they were black.

Even though the law insists that all people are equal, people of color continue to suffer injustice, in my homeland and, I think, in yours.  Their salute got them thrown out of the summer Olympic Games, but it raised the consciousness of a lot of people, and helped the cause of freedom for many, many others.

In one of the biblical languages, the word for prayer means opening a clenched fist.  That black power salute began another petition in a continuing prayer across the world, that all people might be free.  The crucifixion is a cosmic version of that same prayer – Jesus’ arms and hands open so wide they take in the whole world, indeed, the whole creation.

‘For freedom Christ has set us free.  So stand up and stop being a slave,’ Paul says (Gal 5:1).  But freedom isn’t only freedom from; it’s freedom for – for loving self and others.  We have been set free in order that we might become that same sort of liberating love in the world, setting others free.

Freedom is directional.  It moves away from slavery, and it moves toward something more, the more that God intended from creation.  It has something to do with what those two guys on the podium were protesting – an end to slavery, an end to oppression, an end to poverty and systems that keep some in thrall while others profit.

Freedom also has something to do with expansion – in the same sense that Mary prays, “magnify the Lord” – let the glory and love of God in our hearts expand our capacity to be tools and servants of that greater possibility.

The freedom we have received in Christ is meant to give us larger hearts and wider-seeing eyes that don’t focus so much on our own fears.  That sort of freedom gives us the ability to look for the larger good, rather than only our own.

It’s what is told of a sailor in the Pacific during the Second World War.  His ship was bombed and a fierce fire broke out in the hold, where the munitions were stored.  The crew fought the fire for two days.

At some point a gunner’s mate tied a rope around his waist and had himself lowered into the hold.  He went down into that hell so he could train a fire hose on the bombs, lest they be set off by the heat.  He stayed there for hours, helping to set others free.  Freedom lets us choose the life abundant meant for all.

Freedom, Paul says, invites us to become the loving servants of others.  Just before I left New York, a group of the Church Center staff gathered to discuss and strategize around the referendum in Sudan next January.  The people of Sudan will vote on whether or not southern Sudan should become a separate nation, and there is great concern over the violence that may erupt around that election.

We will call the whole of The Episcopal Church to prayer, to study, and to action in solidarity with the Episcopal Church of Sudan.  The larger body, through advocacy, prayer, and ways we haven’t yet discovered, may be able to help bring greater peace in Sudan.  The world is poised to observe – and influence – the community in and around Sudan.

Will we see those self-centered responses that Paul calls works of the flesh:  “strife, jealousy, anger, quarrels, dissensions, factions, envy” – or together can we encourage works of the spirit:  “love, joy, peace, patience, kindness, generosity, faithfulness, gentleness, and self-control”?  Even the simple act of attending, paying attention to the suffering of others, begins to unclench the fist.

That kind of solidarity or coming alongside is one kind of freedom we’ve been given.  When Elisha asked for a double portion of spirit, he was seeking that gift to share with others.  He is blessed with that kind of freedom as Elijah departs, and he spends the rest of his life healing people, raising the dead, challenging oppressors, speaking truth to power, bringing warring kingdoms to the peace table, feeding and looking after people who would otherwise be forgotten.

It’s the kind of freedom that’s needed to respond to the situation in Haiti.  Before the earthquake in January, the Diocese of Haiti ran 254 schools, serving 80,000 students, from preschool to trade and music schools, in a nursing college and university.

Much of the infrastructure of those schools is now gone.  The bishop announced a couple of days ago that he can no longer afford to pay his 37 clergy.  All that infrastructure helped to support the diocesan mission, and they’ve lost about $30,000 a month, income that used to help keep expanding the ability of the church there to teach and heal and show the incarnate love of God.

Rebuilding Haiti will take at least a decade, and it needs our willingness to be servants of the Haitians – to be free enough to love in ways that they ask, rather than what we direct.  Haiti is already experiencing resurrection – and there is abundant opportunity to open our hands and pockets to help support that rebuilding.

There’s something about the freedom we know in Jesus that cures our paralyzing fear of those on the margins.  You know how that sort of clenching goes:  “there but for the grace of God go I.  Don’t let that happen to me – keep me far away from any hint of the possibility of homelessness or disability or disaster.  Thank God I wasn’t born to that culture.”  May the unclenching prayer in us be more like, “dear God, I see this suffering.  Help me see you in my neighbor.”

The guy who drove me to the airport went a way I hadn’t gone before.  It was an eye-opener.  We went by a Jewish center with beautiful mosaics on the front of the building, and young men in yarmulkes walking down the street.

We stopped at a red light and I looked over at the next car, to see a Sikh in turban and full beard, with a ceremonial knife hanging from his rear view mirror.  That knife is actually a symbol of freedom – in the ability to choose non-violence.

The next block was filled by a beautiful old stone church complex – Mary, Queen of Martyrs Roman Catholic Church.  The shops and storefronts gave evidence of the world’s many families, languages, peoples, and nations.

The freedom we have is to choose for those on the margins, to be in solidarity with the friendless and forgotten, the despised and the demonized.  Exercising that freedom is almost always challenging – it annoys people who don’t see any need to change the status quo, it offends those in power, it challenges the ways of the world that say, “me first.”

Crossing those boundaries sent God into human flesh.  Crossing those boundaries is the heart of God’s mission.  It’s not for the faint of heart, but we find courage from our elder brother who has already opened his hands and arms wide enough for the whole world.  We find strength in his body gathered here, and through all time and space.  May we claim the freedom that is ours.  May our fists open for all!