Hui digs down to catholic roots

The Anglo-Catholic Hui’s eight workshops on Friday 13 August offered a mix of academic insights into Pacific Anglo-Catholicism, history of the Oxford movement and practical guides to living a life inspired and fed by catholic approaches to worship and contemplative traditions. 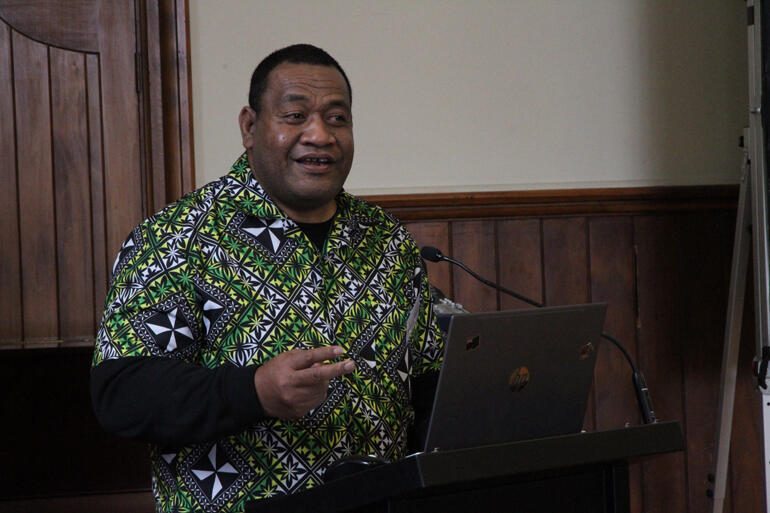 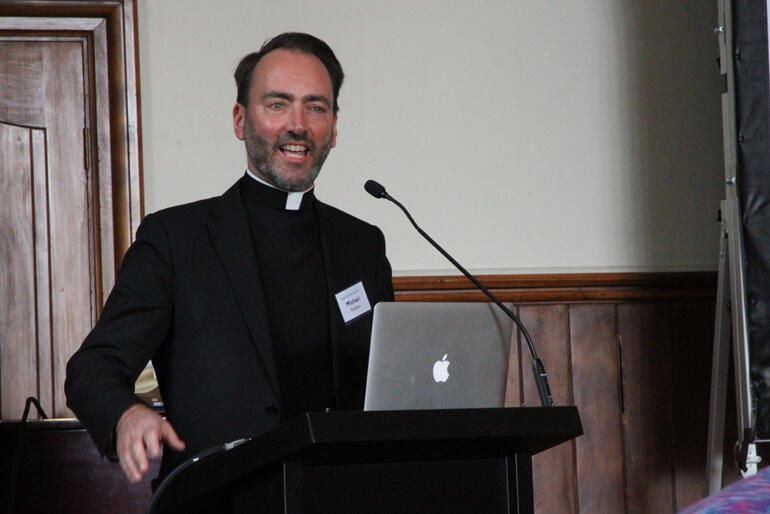 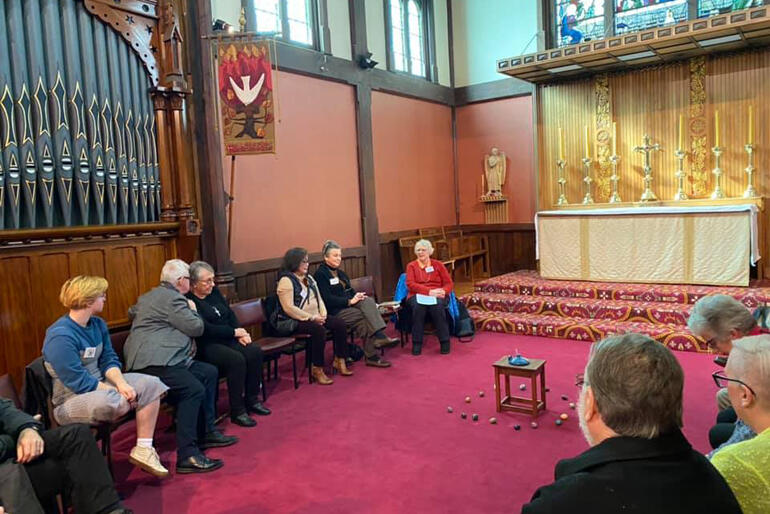 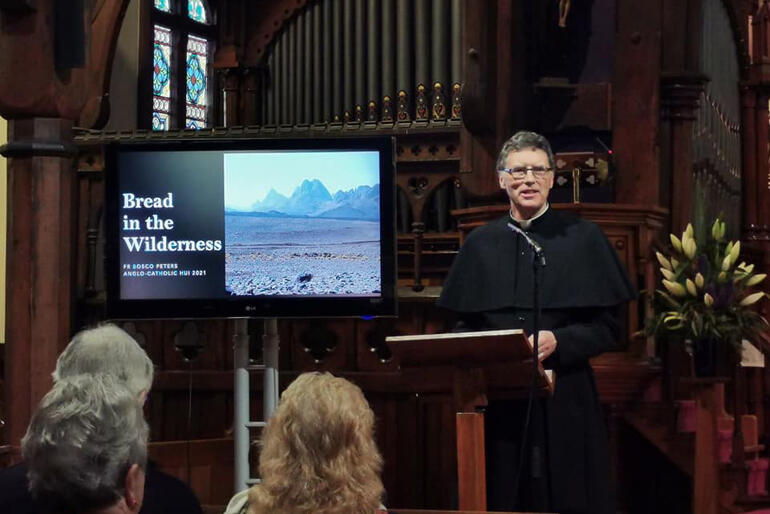 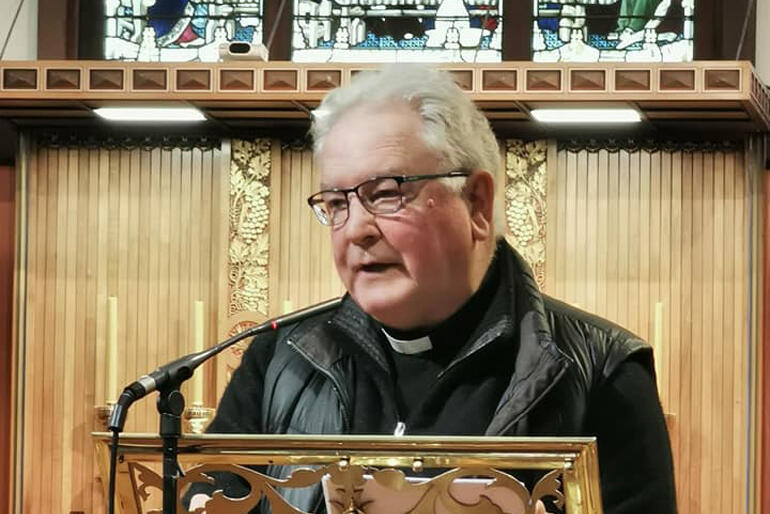 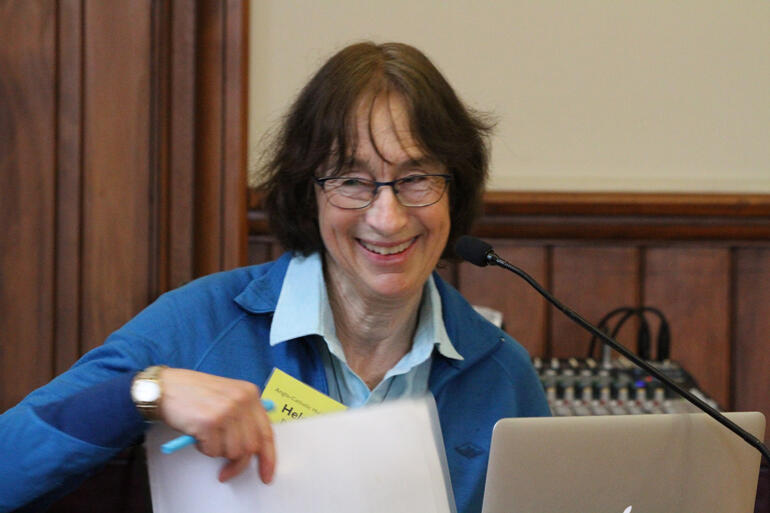 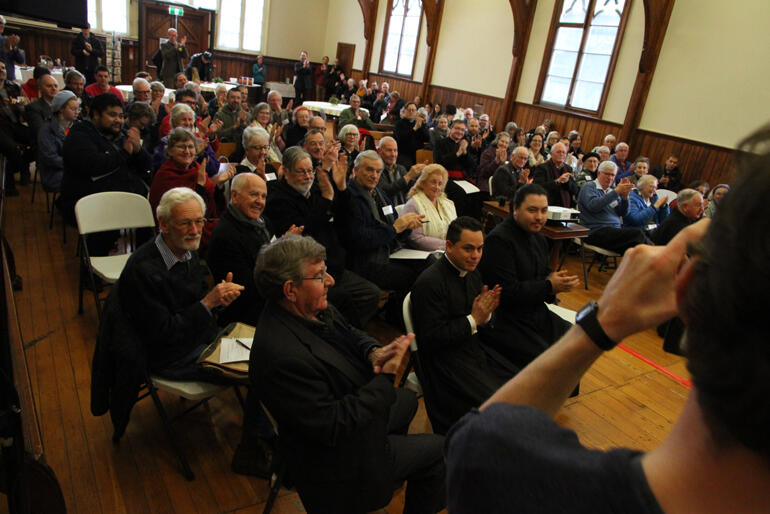 2021 hui workshops delved into the details of Anglo-Catholic history and practice, looking at its origins and development as a tradition embedded in Pacific Anglicanism.

Rev Robert Santa Fakafu, a priest from the Solomon Islands and doctoral student at St John’s College, outlined the history of Anglo-Catholicism reaching back to the Oxford Movement, tracing its influence on the life and worship of the Church of Melanesia.

Fr Robert outlined how the Church of Melanesia has retained its Anglo-Catholic core through teaching the theology of the liturgy to each new generation. Pacific leaders have inculturated the liturgy in Melanesia over time he said, not only into 80+ indigenous languages, but by gathering into their masses the local songs, dances and ritual elements that help lead people’s hearts to God.

“The people in Melanesia took ownership of the Anglo-Catholic tradition since they found meaning and life in it.” He said, adding that the catholic heart of liturgy in Melanesia has helped the church to grow,

“A church that is often accused of being too ritualistic and structured and of lacking charism proved its critics wrong in that the Anglo-Catholic liturgy was in fact charismatic and evangelical.”

He reported that today his parish church in Melanesia has services filled by 3,000-strong congregations of mostly young worshippers for three different masses each Sunday.

Fr Cruz Karauti-Fox was fascinated by the way the Church of Melanesia has kept the Anglo-Catholic tradition while deeply embedding church life and worship in the many cultures of people in their Church.

“It was great to see how the catholic foundation valued the traditions of all people, despite cultural difference and how that catholic charism was so important it led to the Church’s separation from Aotearoa New Zealand as the church union plan [of the 60s and 70s] looked likely to marginalise the catholic stream.”

Helen Peters’ workshop on ‘Nurturing the Child Within’ emphasised how the ‘inner child’ in every worshipper can be nourished in church at mass through wonder, song and story.

She offered practical ways of engaging children with the theology and biblical stories of the mass, including activity bags on the gospel of the day, non-Christian picture books that unpacked biblical themes and shifting gospel-related arts and crafts to the morning tea space to enable children and adults to enjoy the activities together.

“There are a lot of adults in our congregation who would appreciate the space to reflect on the gospel through art and crafts alongside the children,” she said.

Rev Canon Michael Wallace’s workshop looked at ‘Defrosting Christmas: relocating the Church’s year in Aotearoa New Zealand,’ zeroing in on the festival of Matariki as an opportunity for the church to inculturate its liturgical seasons into the cultural and physical context of Aotearoa New Zealand.

Fr Michael scanned the origins and development of Matariki as a contemporary festival that draws on Māori spiritual traditions, but which public museums and libraries are working to build up as a festival of national identity. He turned to the work of Tūhoe Matariki expert, Prof Rangi Mātāmua to identify the key features that grounded the observance of Matariki in previous generations.

Michael noted the lack of a mid-winter festival in the Aotearoa liturgical calendar and asked whether Matariki could be linked with liturgies for the Nativity of John the Baptist, remembrance of the dead, thanksgiving for harvest and thanksgiving for whakapapa.

Dr Margaret Maclagan of Christchurch offered an experiential and practical workshop on silence and contemplative prayer, inviting hui members to enter into contemplative space in St Michael’s church sanctuary, where they spent time in silence and investigated prayer aids such as holding a ‘touch wood’ cross or using prayer beads.

St Peters’ on Willis Wellington parishioner Jessie Malcolm-Stone welcomed the chance to pause from listening to the densely-packed talks during the hui,

“I really enjoyed the meditation time and the practical prayer ideas in Margaret’s workshop, – and to take time out from all the talk.”

A second workshop on spiritual nourishment was led by Christ’s College chaplain, Rev Bosco Peters, focused on the spiritual treasures of Christianity as a ‘desert religion’.

“What we learn in the desert is honed in monasteries – like a laboratory – and we can take these lessons out into the arid, thirsting world,” he said.

Fr Bosco spoke of the desert attributes that Christians can bring to their life of prayer: silence, reliance on God, being alone and simplicity and showed how the desert is a helpful model for our inner human experiences in the emotional wildernesses of grief, doubt, depression or disability.

Johnann Williams presented a talk on “Invisible faithbearers” the story of faith-driven Anglo-Catholic laywomen whose stories reveal wise, disciplined and very capable women who succeeded despite the historic Anglo-Catholic presumption of male leadership.

Johnann outlined the faithful lives of witness and service led by many women in the history of St Michael and All Angels’, including: Helen Mortimer, Effie Cardale, the nurse parishioners of St Michael’s and one-time Hukarere Māori Girl’s School principal, Isla Hunter. She pointed out that as an Anglo-Catholic stronghold, St Michael’s hadn't always recognised the value of the mission of women in the wider community.

Johnann encouraged  Anglo-Catholics to recognise and support the valuable contribution lay women continue to make not only to the life and leadership of the church, but to the communities they live and work in as Christians.

Fr Hugh Bowron of Christchurch presented a paper on the Eucharistic theology of sacrifice from four Anglo-Catholic theologians who rounded out the theology behind the Oxford movement’s revival of the Eucharist as a central feature of Anglican life and theology.

He investigated the Eucharistic theology of Rowan Williams, Charles Gore, Austin Farrer and Michael Ramsey looking at the surprising directions they had taken their thinking.

“[The Eucharist] is education by transformation…[it] ushers us into the Kingdom in an unexpected, uncomfortable and disturbing way. It opens our eyes to the world of suffering, struggling humanity that is infused with the Divine compassion.”

The eighth workshop was led by Christchurch hymn writer Marnie Barrell who outlined how to determine the essential features of well-written, well-sung and well-chosen hymns. She  advised hymn writers to set out with well-known tunes or singable new ones, timeless images and economical language, insightful theology and dynamic structure. She noted how important it is to get the theology of hymns right, as those are the words that stay with us.

Marnie concluded her workshop with a challenge to write new hymns that reflect theologically on the pressing issues for our church and world today. She urged people to compose hymns that grapple with questions of social justice, care for Creation and a response to the way humans are damaging the climate.