Having preached an impassioned sermon on the subject of penal reform, Bishop Justin Duckworth slips off his cope - and begins to do his knee drill. 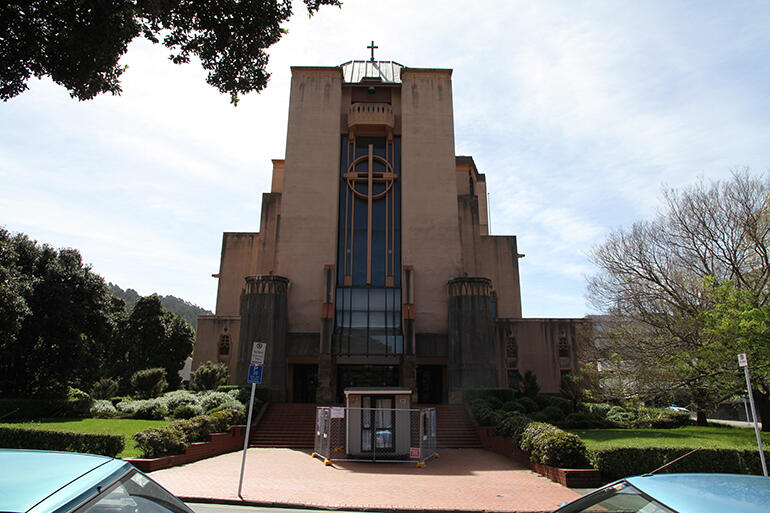 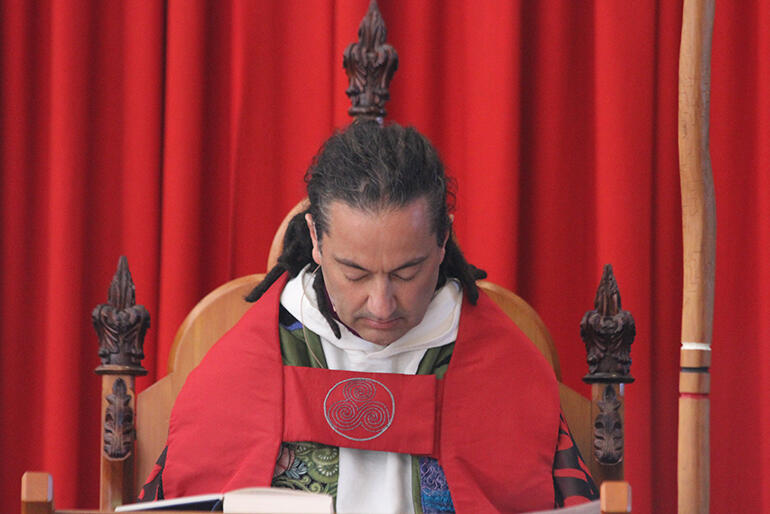 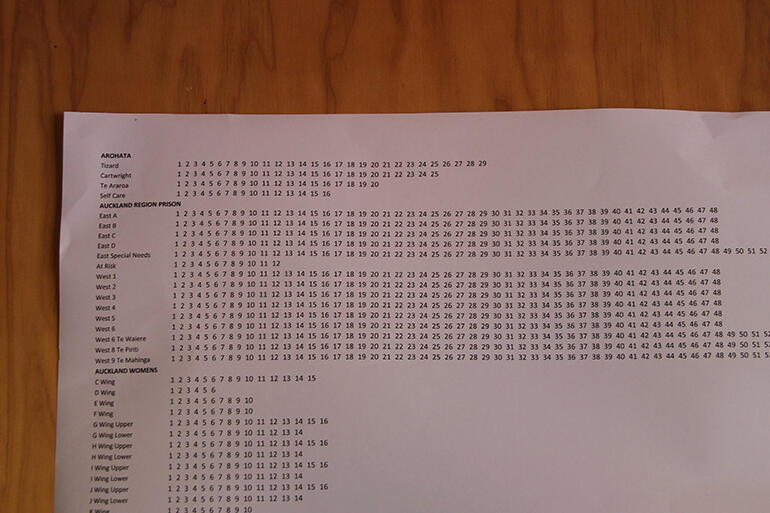 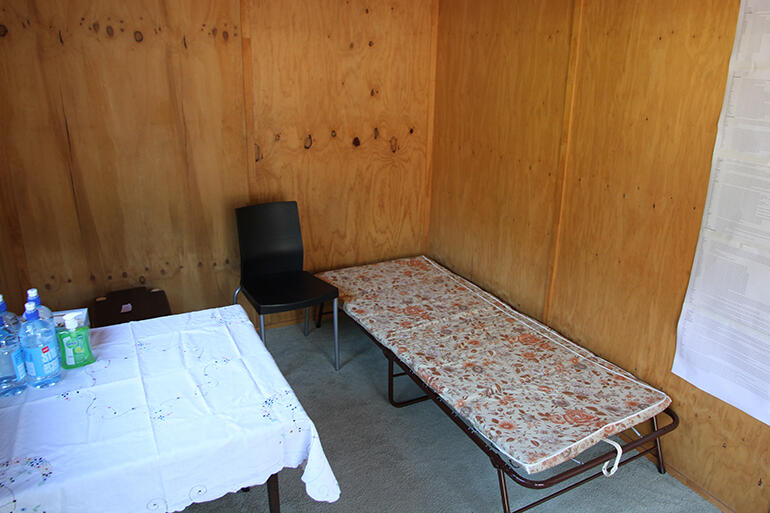 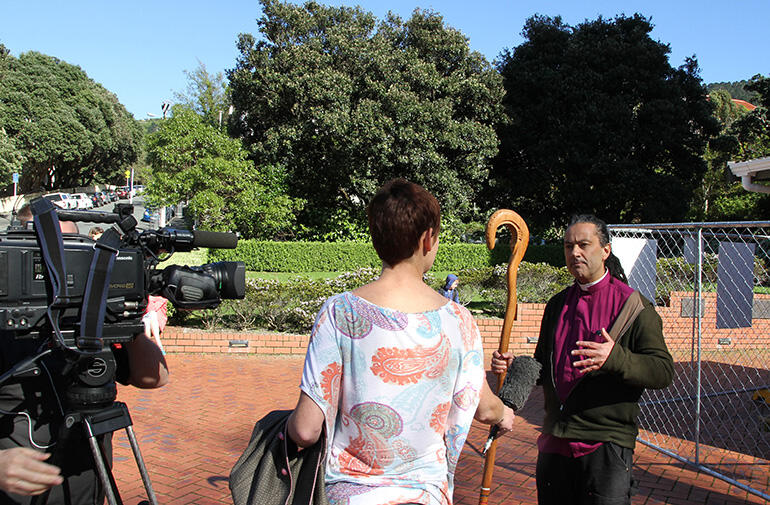 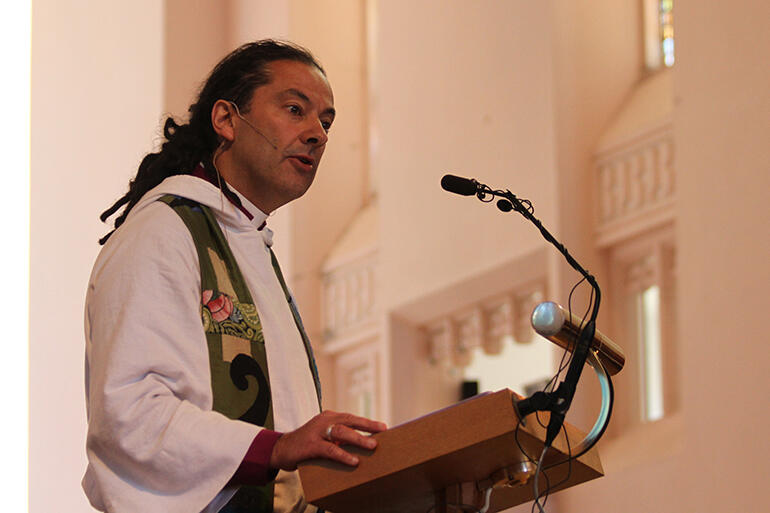 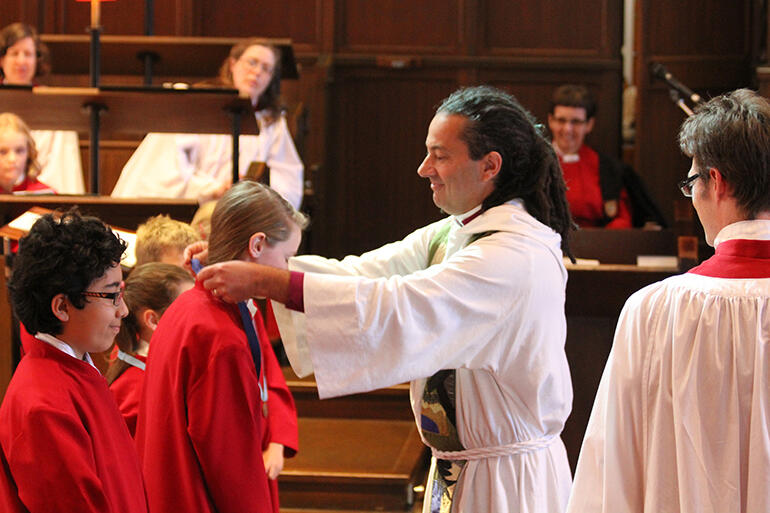 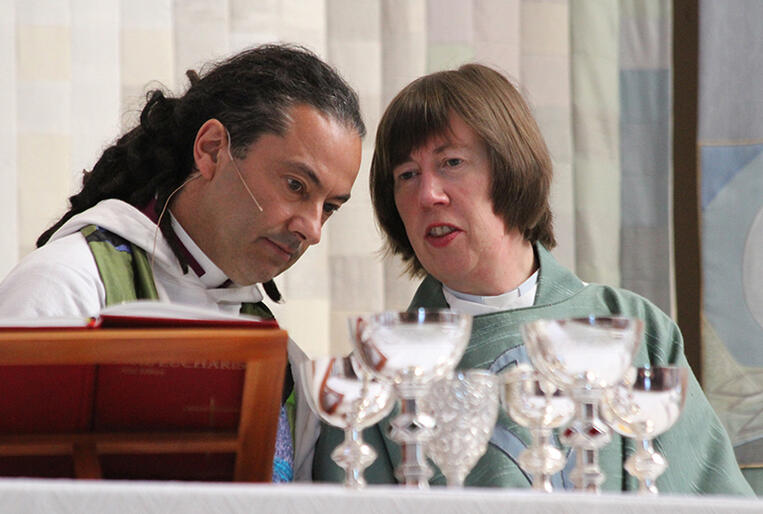 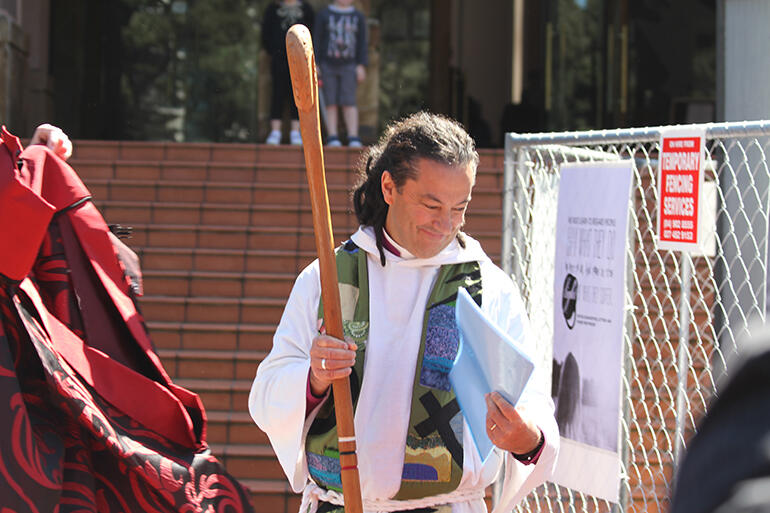 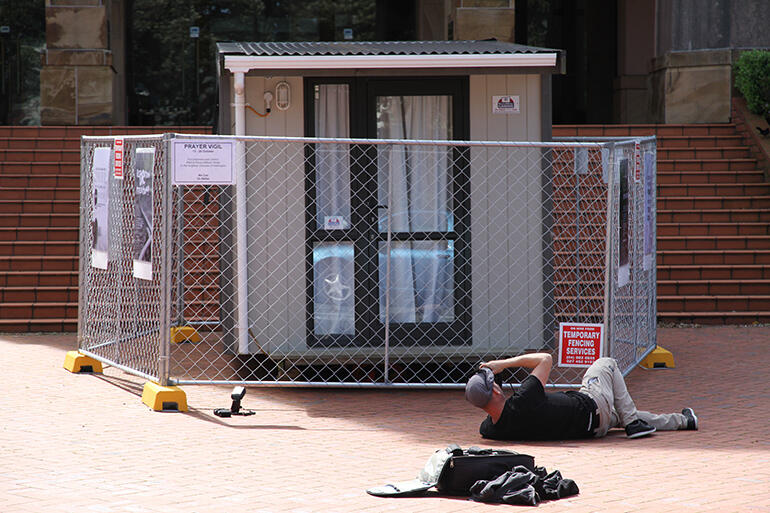 Having preached that message, and having presided at the Eucharist at this morning’s service at Wellington’s Cathedral – he then immediately withdrew to begin the next phase of his own work for reform.

He glided barefoot down the steps of the cathedral, handed his cope to Jenny Wilkens, the priest in charge of the cathedral – and without another word disappeared through a high security fence into a tiny portable cell on the cathedral forecourt, and drew the curtains.

That’s where he’ll remain for the next seven days, emerging only for an hour at midday to celebrate a Eucharist and to give a brief talk on an aspect of penal reform.

Inside his Spartan cell one wall is plastered with lists of every prison in New Zealand, every wing within each of those prisons, and every cell within those wings.

The week of attention on penal reform in Wellington has six points of focus.

These are: the underlying causes of crime; the treatment of prisoners; the children of prisoners; alternatives to imprisonment and restorative justice.

Bishop Justin said that those who serve time in our jails have invariably been predisposed to crime by their backgrounds:

“Nobody just commits a crime in a vacuum,” he said. “There is always a back story.

“That is normally a story that involves mental health or addiction issues.

“The majority of people in prison are people who can’t read or write. They have learning difficulties, and they have mental health problems.

“Often they’ve been excluded from school, and often they've been looked after by the State as a child.

“Here’s what I think is the most damning statistic of all: four out of ten Maori males will spend some time in prison during their life. Four out of ten.

“Something,” he said, “has gone seriously wrong.”

“We want to focus on the question: are we producing a penal system which is based around punishment and retribution, or is it actually based around restoration and changing lives so criminals will no longer reoffend?

“We do the victims of crime a disservice by allowing this punishment-based system to continue – as opposed to working out how we actually change and restore lives so this will never happen again.”

He spoke too, of the impact a jail sentence has on the children of prisoners:

“There are 20,000 children who are doing time for a crime they didn’t commit. Twenty thousand children spread around New Zealand – and one of their parents are incarcerated, but they pay the price.

“And we know that these children, when they grow up, are seven times more likely than others to be incarcerated…”

And he dwelt on the subject of prisoner reintegration:

“Research says prisoners need to come out of jail and be reintegrated into our communities.

“Instead, they come out with a sign over their head that says: ‘Stigma’. That says: ‘Criminal’.

Why Anglicans should do the work

Bishop Justin offered four reasons why Anglicans should throw their weight into the penal reform cause.

In the first place, there’s the honour of continuing the rich heritage of reformers such as Elizabeth Fry – who was commemorated in the church calendar today.

“If you go through the Bible,” he said, “you will see that it actually has nothing good to say about prisons.

“And in Matthew 25 it says our eternal salvation will depend on whether we visit prisoners in jail, and reintegrate them into our society.”

Which was why Bill English, in 2011, described prisons as a “moral and fiscal failure.”

Finally, said Bishop Justin, Anglicans need to recognise that those who wind up in prisons are, essentially, just like them. People, in other words.

“We need to be about penal reform because it’s about everyday people, and it’s about our neighbours.

“And we, as the Anglican Church, we have amazing opportunity to do something about this

“And in every one of those places, there are families and there are individuals who need us to make a difference.

“Whether they are victims – or those who are incarcerated, and their families.

“We can support them, and move towards a society not governed by fear, but a society where our crime rates drop, where there are fewer victims, a society governed by a story of hope.

Gracious and loving God – you bring good tidings to the afflicted, bind up the broken-hearted, and proclaim liberty to the captives.

We thank you for sending Elizabeth Fry into the prisons, with words of comfort, and deeds of care.

Grant that all who minister to those in prison may be filled with your compassion, and be bearers of your hope, through Jesus Christ, our Redeemer.

Blessed are you, Jesus, our good shepherd, and Elizabeth, your minister – year after year she visited women in prisons and asylums…

May we too understand and care for people, unconditionally.