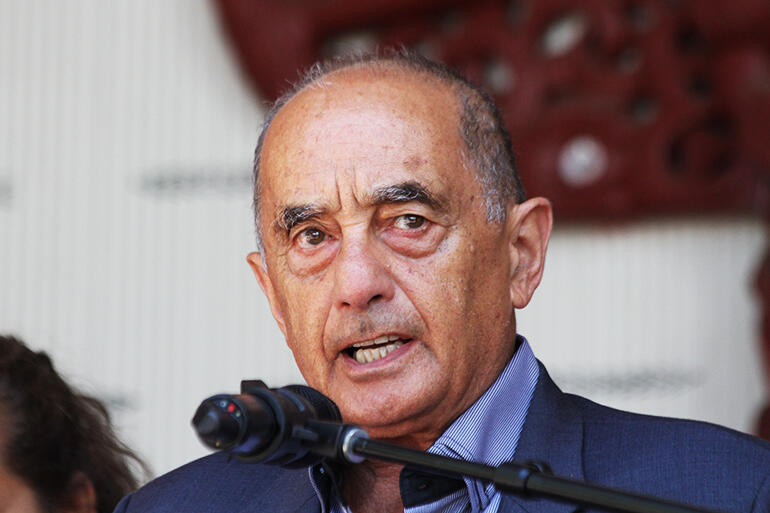 When I was a university student… a number of Maori were arguing that we were colonised by Christianity: that these (foreign) thoughts were put in our head.

I want to say… that I do not believe that that was the case, at all.

The Christian message had a natural appeal to Maori – and Maori were active in seeking it out and promoting it themselves.

Let me refer, then, to Ruatara. Ruatara went over to London to hunt out what it was that gave strength to the British people.

He came to the view that it was their spirituality and their religion.

He went to Australia to hunt out someone who could bring that message to New Zealand, and brought over Marsden.

I do not believe that it was on Pakeha initiative, frankly, that the Christian message was brought here, but on the initiative of a very enterprising Maori.

Then the message was preached here by Marsden… but the point is, who (among his listeners) would have understood a word that he was talking about?

The word actually came from Ruatara ­– who was explaining, not just translating, but explaining things to the people as Marsden was talking. Or after Marsden had spoken.

I’m so conscious of that, coming from Ngati Raukawa down towards the head of the fish… at Otaki – because the gospel was brought to us, in Ngati Raukawa, direct from Nga Puhi.

When the missionary Octavius Hadfield arrived, we already knew, and understood, and could quote large passages out of the Gospel by heart.

It was a Maori initiative in bringing it down to the Ngati Raukawa people.

And that was so, in so many places.

So let’s put paid to this belief that we were colonised by Christianity.

Oh no: we went out there to get it, and to spread it, ourselves.

So after a slow start, Christianity did spread, and it spread rapidly – and I’ve often wondered: Why?

Why was it that so many people were attracted to it?

Well, I’m going to put up some suggestions.

I think the first is the complexity, and the depth of customary Maori spirituality....

And I think that for people who are so rich in their spirituality – you’re always wanting to add to it. They went out to add to the spirituality that they had.

The second thing is the value system that Maori people had, which is based on respect.

When you have a powhiri on marae, and people come on to the marae, there is a set process.

It’s all about respecting and getting to know one another before you even begin your discussions, so there is a greater chance of reaching agreement amongst you.

Now compare that with the Christian view.

It’s a value system based on respect for all people. It just fitted with the Maori way.

The next thing, I think – although I want to put this a little bit mildly – was the extent of warfare which had been introduced by the musket.

Warfare spread rapidly, and our belief systems required the restoration of balance and harmony.

That’s the true meaning of ‘utu’.

So that if one had been killed on your side, you had be sure that it was repaid.

But something was needed to break the cycle. Warfare was getting out of hand.

Christianity brought in the concept of forgiveness.

And with forgiveness, we could put an end to warfare.

And finally – and my grandmother often talked about this to me – there is the concept of redemption.

Because under the Maori spiritual system you could commit a ‘hara’ – a wrong – without even knowing that you had done so. By accidentally treading on somebody’s grave, for example.

You were likely to suffer death (on account of that) – and what Christianity brought to Maori people was the realisation that if you did something wrong, you could be redeemed. You could be saved from that.

So that is what I think attracted our people so much to the Christian religion.

I believe that Christianity did not destroy the unique spirituality of Maori people – but significantly enhanced it.

So today I wish to celebrate not only the Treaty, but those who brought to the Treaty the concept of Christian values.

And married them with Maori values to leave us with a deep sense of spirituality that can reign amongst us all.