Bishop Philip Richardson's public response to the petition asking bishops to end their "discrimination" against gays and lesbians who want to be ordained.

• Glyyn Cardy: Grace has been paramount 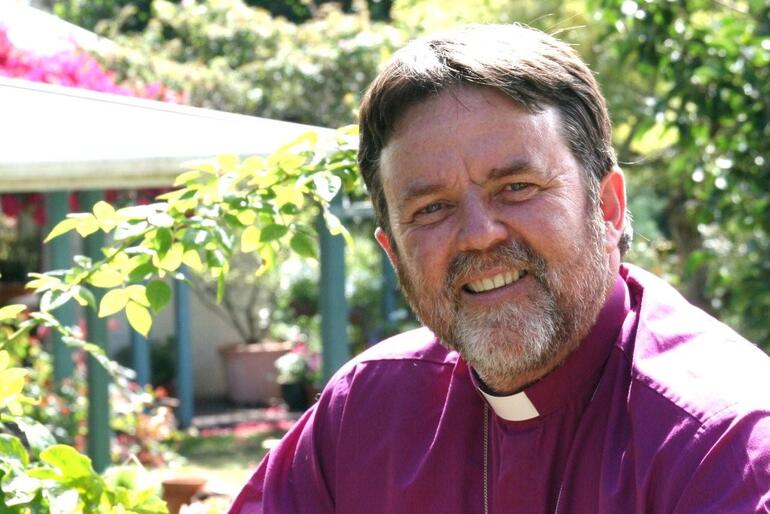 Go to the web site of Auckland’s St Matthew-in-the-City and you will be immediately confronted by a striking graphic.

There you will seea black silhouette of a bishop wearing a white collar set against a pink background. Across the graphic is the headline “Stop white collar crime”. Visitors to the site are invited to “ask NZ bishops to end their discrimination against gays and lesbians” by signing an on-line petition.

According to the petition’s preamble, bishops are accused of giving “offence to the Gospel” and of hypocrisy by refusing to select or ordain “any gay and lesbian candidates unless they are committed to permanent celibacy.”

Concern and criticism come from across the spectrum of this debate.

A correspondent recently accused me of failing to “uphold biblical standards of holiness of life” by not declaring unequivocally and publically that gay and lesbian relationships are sinful and a denial (the words in the letter were somewhat stronger) of God’s intentions for human beings.  The writer argued that I should be prepared to exercise the “judgement I was ordained to exercise  – for the good of the Church”.

But let’s go back to the St Matthew’s website – because there is also an assertion there that the Archbishop of the New Zealand Dioceses, David Moxon, has been justifying discrimination of gay and lesbian people on the basis of not wanting to offend other parts of the Anglican Communion.

Furthermore, elsewhere on the St Matthew’s site we read that ‘newly elected bishops’ have been urged to toe the line on these issues.

Meanwhile, another personal correspondent recently observed to me that our bishops are sitting on their hands, failing to act or to speak collectively and decisively on this matter.

Clearly, they said, this was a tactic to “wear the conservative position down with delaying tactics in order to facilitate your transparently obvious liberal agenda”.

So: Judgement avoided? or Justice denied?

Neither, in my view.

By virtue of my office I am called to exercise judgement in accordance with the constitution and canons of this church which I am required to uphold.

Both are silent on the issues concerned here.

Equally as a “white, straight male” bishop there is an argument to be put that I have little or no experience of marginalisation and oppression and therefore cannot know its impact or cost.

That may be true. However, as a bishop I do have a responsibility to ensure that justice comes fulsomely, unequivocally and constitutionally.

I believe that it is for the whole church, and not bishops – either individually or even collectively – to determine the doctrinal position of this church on any matter.

It is my view that what is required is General Synod agreement around a doctrinal position on a) sexual orientation, b) the blessing of committed, monogamous same-gender relationships, and c) the ordination of those in such relationships.

Only on this basis can good judgement be exercised and full justice offered.

As an aside, there is a range of views about the degree to which our understanding of the autonomy of each bishop is moderated by our relationships. Let me offer two further comments on this.

There is much discussion at the moment about the degree to which our constitutional inter-relationships within this province should or should not be taken into account by any individual diocese or hui amorangi.

In other words, it is argued that we are constitutionally required to take seriously the diversity of views between dioceses and nga hui amorangi even if we are not persuaded that such considerations should extend between provinces of the Anglican Communion.

Archbishop Moxon has argued that such considerations are important and need to be taken into the debate on the proposed Anglican Covenant.

But he has never suggested, in my hearing at least, that such considerations should be determinative in this Church reaching an agreed doctrinal position on sexual orientation, the blessing of committed, life-long, monogamous same-gender relationships and the ordination of those in such relationships.

I believe that General Synod needs to reach an agreed position on these three inter-related issues, in the following order:

First, whether sexual orientation towards those of one’s own gender is a consequence of wilful human sinfulness, or an expression of God-given diversity. This in itself requires the process of collective biblical exegesis, prayer and discussion and debate which we are engaged in.

Depending on our collective answer to the first question, the church might then be in a position to move to the development of a formulary for the blessing of committed, life-long, monogamous, relationships other than marriage.

Thirdly, the church could agree that such relationships so blessed and formally recognised by the church meet the standards of holiness of life that is the call on every Christian life, and is required to be reflected in the lives of those called by God and affirmed by the church to holy orders.

This kind of thorough-going process happened with the ordination of women. So when I was accused of apostasy by an Australian bishop a few years ago because I was part of a Church that ordained women, I was proud to be so accused.

I was secure in the knowledge that my church had done its homework and had agreed at the highest level of authority, our General Synod, that such ordinations were valid and had been rigorously tested by our processes over many years.

We had studied the scriptures together, we had explored the doctrinal implications together, and we had as the whole Church (bishops, clergy and laity in synod) reached an agreed position under, as we believed, the guidance and inspiration of God’s Holy Spirit.

Even with all that time and care it was possible that we could have arrived at an incorrect conclusion, and my Australian colleague clearly believed we had.

But as a bishop of this Church in ordaining women I was doing so in accordance with explicit decisions of our General Synod.

There are those who argue that because the canons of this church and the formularies that order our life are silent on committed, life-long, monogamous relationships other than marriage between couples of the same sex, or heterosexual couples, bishops are free to ordain people in those kinds of relationships.

In other words, there is no constraint on their freedom to ordain whomever they please.

This is an argument from omission - and one which we did not apply to the ordination of women.

In my view, a bishop is not free to act unilaterally and so individually try to create the church’s doctrinal position on these matters. Bishops are, as I have already said, bishops in the Church of God, ordaining deacons and priests in and for the whole church.

As a whole church we are required to do the hard, painful work; to explore the scriptures, to work through the doctrinal issues, to look at the legal and constitutional requirements, to pray together, to debate together, and to come to agreement across the dioceses and nga hui amorangi and across the three houses.

Bishops have a particular leadership role in this, and should exercise it. But such leadership does not include pre-empting this process. We are specifically required by ordination vow and canonical assent to uphold the constitution and canons of this church.

What if a bishop was to decide to act without the explicit authorisation of the canons?

It is clear that this could be challenged under Title D.

While I would not presume to predict the outcome of such a case, what is clear is that the process would leave the decision to one or at best three people.

So such a decision, and effectively a determination on this church’s doctrinal position on these matters, would in no way be representative of this church.

And if a Title D process found against the bishop, one result would be for a public determination that the ordination in question was invalid. That would be devastating for all concerned.

So: Judgement avoided? or Justice denied?

Neither in my view, there are simply no short cuts. We have to do the hard work.