The insurance company which protects most of New Zealand's churches will no longer offer them earthquake cover. 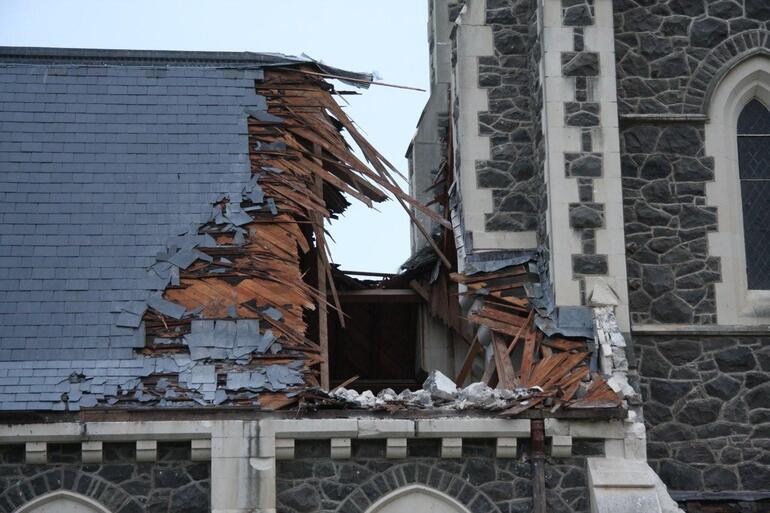 The impact of the Christchurch quakes on churches throughout New Zealand became more stark today – with the announcement that Ansvar New Zealand, the company which insures most churches here, will no longer provide them with earthquake cover.

Since last September, Ansvar New Zealand has had to handle $700million of earthquake-related claims – while over the same period it received just $35million in premiums.

As a consequence, the international credit-rating agency AM Best has downgraded its assessment of the niche insurer's financial strength from A- to B++.

On the back of this downgrade, Ansvar New Zealand has announced that it will write no new earthquake cover – with immediate effect – and will only renew earthquake insurance until December 1 this year.

In effect, says Don Baskerville, the Chair of the Anglican Insurance Board, this means Anglican churches throughout the country have been given six month’s notice, because their policies are renegotiated and renewed, en masse, by the AIB in April next year.

Don had already forecast tough decisions ahead. Church insurance premiums were bound to rise in the wake of the quakes – and he's on record as suggesting that churches may have to grapple with the choice between doing mission and ministry and reinsuring their buildings.

He describes Ansvar’s decision to pull out of the earthquake cover market as “disappointing – but not surprising.”

While Anglicans won’t have to deal immediately with insurance convulsions, other denominations will.

The Baptist churches, for example, must renew the insurance on their churches this December.

The impacts of the quake – and of Ansvar’s exposure to it – won’t just be felt by all Anglican churches in New Zealand. In some ways, the ripples are being felt throughout the Communion.

Because The Ecclesiastical Group, which brought the Ansvar business in New Zealand and Australia in 1998, was set up by the Church of England in 1896, and is the main insurer to this day of British churches.

According to Michael Tripp, the CEO of The Ecclesiastical Group, the Canterbury quakes “have produced the Group’s biggest ever series of losses.

“Although we are well protected by our reinsurance programmes, we have nevertheless experienced gross claims… of over 250 million pounds sterling.”

According to one observer, Ansvar’s decision to pull out of offering earthquake cover to the churches may set up “an arm wrestle” for the churches' insurance business.

Anglican churches are required by canon law to have cover not only for earthquake and fire damage, but also for “material damage” (anything from theft to being hit by a runaway truck) as well as personal indemnity.

Ansvar won’t want to lose its church material damage and indemnity business – and it has announced that it will set up a special team by January 1 to explore placing earthquake cover for clients in other markets, such as Lloyd’s of London.

On the other hand, the various denominational insurance boards may not want to fragment their business between two or more insurers.

According to our observer, the crippling losses suffered by Ansvar New Zealand are an illustration of the risks that face a small niche insurer. Ansvar specialised in providing insurance to churches, and to heritage buildings – both of which suffered disproportionate damage in the quakes.

The Ansvar decision is sure to be the focus of discussions at a seminar being hosted on Monday in Wellington by the Anglican Insurance Board.

Both the senior managers of Ansvar New Zealand and Ansvar Australia will be at that meeting.