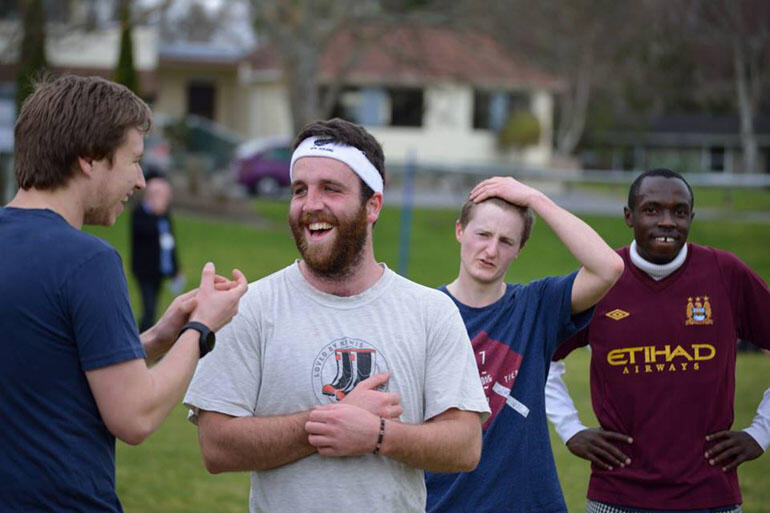 A few years ago in Christchurch, young Anglicans had quite an inferiority complex. We felt like the poor cousin in the family of God that no one talked about.

Now the Baptists and the Pentecostals – that’s where the action was.

But then we started doing some stuff.

My colleague, Joshua (Spanky) Moore, started running a young adults initiative that the Baptists and Penties started queuing up to be a part of.

We were asked to run a Midnight Mass at the interdenominational (largely Baptist) Easter Camp – and 400 high-schoolers turned up.

A new Bishop came, and in front of any group of young people she would always speak from Scripture and always talk about Jesus.

After one such gathering I spotted two young women (who had once been totally in the “Don’t tell anyone I go to an Anglican church” camp), post ‘Anglican Pride’ next to Religion on their Facebook page.

The tide had turned.

I want all our rangatahi to have that ‘family pride’ in being Anglican. The kind of pride Paul talks about in Galatians 6:4 which speaks of taking pride in yourself without comparing yourself to someone else.

Let me use a metaphor.

Let’s say Christianity equates with Team Sport. In such an analogy, the Baptists play Rugby. They are really good at it. It’s a Team Sport; so it’s Christianity. But not everyone gets Rugby. Not everyone feels that they can join in.

We Anglicans. Now we play Football. It’s a Team Sport; it’s Christianity. A lot of people get Football. And they do feel that they can join in.

And yes, we will still play with others, of course. But let’s make Football a live option for those who want to play Team Sport. Right next to the rugby fields and the basketball courts and the pétanque sandpit; let’s build a soccer pitch.

Because we bring some stuff to the Christian family.

So let’s play Football. And let’s get really, really good at it.

And let’s play with pride.

Phil Trotter is National Youth Advisor for the Anglican Dioceses.