Revisiting the art of preaching

Bishop John Bluck has published a new book that unpacks the art of preaching.

In Preaching inside Out this former journalist, preaching lecturer and communications director for the WCC illustrates the core components of good preaching, drawing on high points from his half-century corpus of sermons.

Bishop John's introduction to his book follows below. 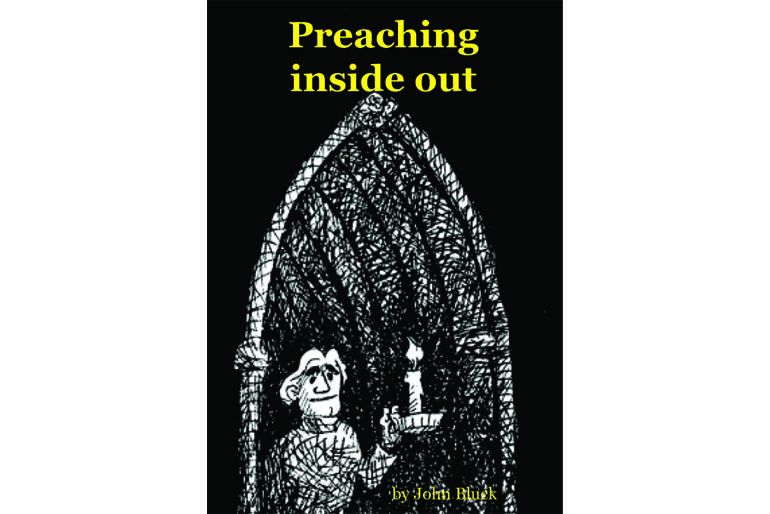 Early in the morning, on TV shows imported from the United States, you can see the dying spasms of two cultures. Neither is going to make American Great Again, though both are still powerful. One promotes the relentless consumer culture hosted by photogenic marketers, mostly women, promising health, wealth and happiness if you buy now, ring this free-call number and take the 30-day trial. The other is the evangelical, nonstop circus hosted by photogenic preachers, mostly men, making similar promises when you come to Jesus. Neither show makes it easy to go back to sleep.

We may mock these programmes that fill the early hours on our small screens, but they show us the remnants of a very old artform. The preachers (and the marketers who have pinched their best tricks) are the inheritors of a proud tradition that promoted empires, held the fate of kings and queens, ended wars and began them. It reached great heights of popularity in 19th century America and still defines the lives of millions. No U.S. President would dare to scorn the support of such evangelical preachers.

Both the preachers (and the marketers) are drawing on the ancient science of rhetoric – the art of persuasion– that up till the 19th century was a fundamental part of every syllabus in higher education, East and West. Rooted in classical Roman and Greek culture, rhetoric taught you how to speak convincingly, appropriately, compellingly at any conceivable public occasion. If you had any ambitions to be a preacher (or a politician, lawyer, teacher, military officer of any other sort of leader) you couldn’t leave home without it.

But no one has taught rhetoric seriously in any sustained way for over a hundred years. The advertising industry has stolen its best insights, while politicians and preachers have absorbed its wisdom by osmosis and imitation. But it has been a hit-and-miss story. And the art of preaching as a result has fallen into decay and disarray. Our churches are crowded with people, both clergy and lay, who fill the sermon slot in the liturgy each Sunday thinking it’s enough to be sincere in their belief, more or less knowledgeable about the biblical text, and well versed at gathering stories, often off the Internet.

I think we can do better. This book is one man’s attempt, based on sermons he’s preached over 50 years. I don’t claim to do it better than others but I have spent a lot of time studying and testing what works and what doesn’t, returning constantly to the old rules of rhetoric, and listening to the response of listeners.

It’s not so much a how-to-preach book (I’ve written one of those called “Shaping Sermons”) but a study of what I’ve preached, offered in the hope that you might enjoy some of the stories if you don’t preach, or find some ideas to try if you do.

Above all, this is a book about enjoying sermons, both the giving and receiving, relishing the challenge of the text, sizing up and engaging the congregation and taking them with you to a new place, with a laugh and a tear or two on the way.

John Bluck is retired and living in Pakiri north of Auckland. His 40-year ministry working as a preacher, journalist, teacher and broadcaster included service as editor of the New Zealand Methodist newspaper New Citizen, Director of Communications for the World Council of Churches in Geneva, Professor of Pastoral Theology and Communication at Knox Theological Hall, Dean of Christchurch Cathedral and Bishop of Waiapu. He taught preaching courses for the Ecumenical Institute of Distance Studies, completed a fellowship at the National College of Preachers in Washington D.C. and is the author of over a dozen books. He still preaches, writes and broadcasts regulary. His website is: blucksbooks.bigcartel.com

Preaching Inside Out is available from blucksbooks@bigcartel.com for $14 plus $5 postage