New Testament scholar and teacher Rev Prof Paul Trebilco says the Covid pandemic has raised many questions about ‘community’. Here he investigates what we can learn from the Early Christians' resilient communities that both survived and flourished during times of great hardship. 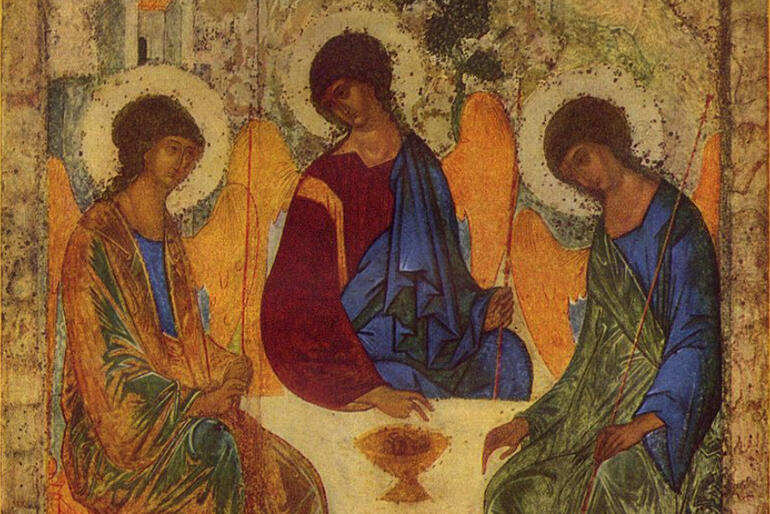 COVID 19 has both reinforced and challenged our sense of community. We’ve learnt that we need to think about “the team of five million” and what is good for us all, and not just for each of us as individuals. But we’ve also had times when we’ve been isolated in our homes, with many feeling  cut off from family and friends. Others have wanted to swim against the tide.

Throughout my research and teaching, I’ve been struck by the early Christians’ very strong sense of community; they seem to have been able to bridge significant ethnic and social divides, and often formed resilient and cohesive groups. This ability poses some interesting questions about how they sustained this strong sense of community, and what we might learn from them about community in these difficult days.

The early Christians met in each other’s homes in small groups of perhaps 10 to 15 people. They didn’t own buildings for around 200 years, so the home was the primary focus for their gatherings. Their meetings involved regular meals together. In the culture of the first century CE, eating together created a strong bond of belonging and of being a close family, even if there was no biological connection between many members; they called each other “brothers and sisters”, seeing themselves as strongly connected to each other.

They also saw their community as a body, with many different parts. The apostle Paul applied the idea of a group as a body (an idea that had been applied by others to “the body politic”), to the group of believers. It emphasised that, although everyone was different, each person was important. Paul asked, “If the whole body were an eye, where would the hearing be? If the whole body were hearing, where would the sense of smell be?”

Each person was different – but all were part of the one body. Everyone was valued. No matter how insignificant they seemed, the body metaphor emphasised that everyone mattered. All belonged together. Because all belonged together, they used the language of “we” and “us”, and not of “I” and “me”.

The early Christians also believed that God had given each of them a gift or an ability and these gifts were to be shared with everyone else. The gifts varied from wisdom and teaching to service and encouragement. “To each one,” God gave a gift, meaning that each had a contribution to make. No one was a passenger; all contributed to the welfare and life of the group. This involved a re-evaluation of what was important. “Service” and “caring” were regarded as just as important as up-front leadership roles.

They also saw themselves as servants of one another. The apostle Paul saw himself as a servant or slave of others – by his own choice. He urged other believers to “do nothing from selfish ambition or conceit, but in humility regard others as better than yourselves. Let each of you look not to your own interests, but to the interests of others” (Philippians 2:3-4). In doing so, he urged them to follow the example of Jesus, whom Paul regarded as the greatest servant of all. Through love they were to become servants to each other (Galatians 5:13). They were to bear each other’s burdens, to weep with those who wept and to rejoice with those who rejoiced. Their care extended to strangers too. They sought to do good to all.

These groups meeting in someone’s lounge also bridged huge ethnic divides – crucially, early Christians believed that through what Jesus had done for them, Jew and non-Jew alike were now equal and part of the group on exactly the same terms. They acted this out in eating together, and caring for each other, despite all the social forces that separated them into disparate ethnic factions.

At the heart of their community was their strong sense of belief. Because they jointly believed in what God had done in Jesus’ life, death and resurrection, through which God had created a new reality, they had a shared faith, shared practices and a shared set of values.

The small groups of early Christians were often given a hard time by others. But ethnic and social barriers were being broken down, leading to an inclusive and welcoming community with an outward focus. The strength of their beliefs, the resilience and values of their corporate life, and the quality of their care for each other got them through decades and decades of challenges and difficulties.

What can we learn from their experience? They offer some challenges to our individualistic way of thinking about community. An emphasis on “we” and “us”, and not on “I” and “me”, means we need to think of each other and not just of ourselves. Thinking of everyone belonging together as a corporate body where we are mutually servants one of another, sharing each other’s burdens, means we need to think of responsibilities and not just of rights. Such lessons are especially apposite as we face the challenge of keeping our community safe during the COVD pandemic.

Paul Trebilco is Professor of New Testament Studies in the Theology Programme, University of Otago.

This article was first published by the Otago Daily Times.